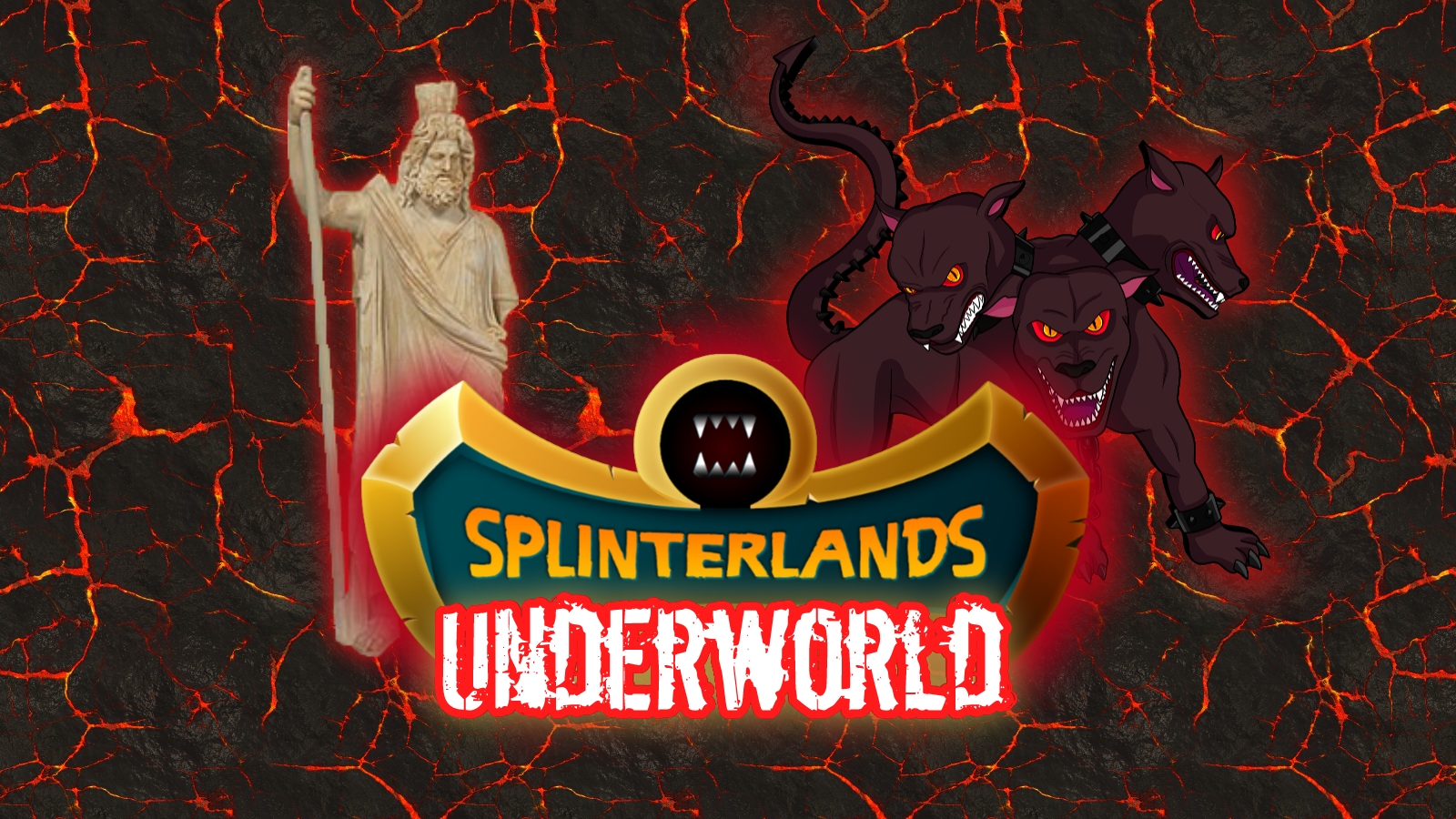 Cronus once said : children are very kind and sweet, until they want to have their own universe then they kill you and take yours.

Ladies, gentlemen, directors and holywood stars, welcome to another great story about a hidden history, TRUTH, FACTS and other things i claim to be true.

Today's journy will take us to the gods of ancient greece, to the real "maybe" story of one of splinterlands's glorious heroes, and to any other place would make you give me your wallet😈 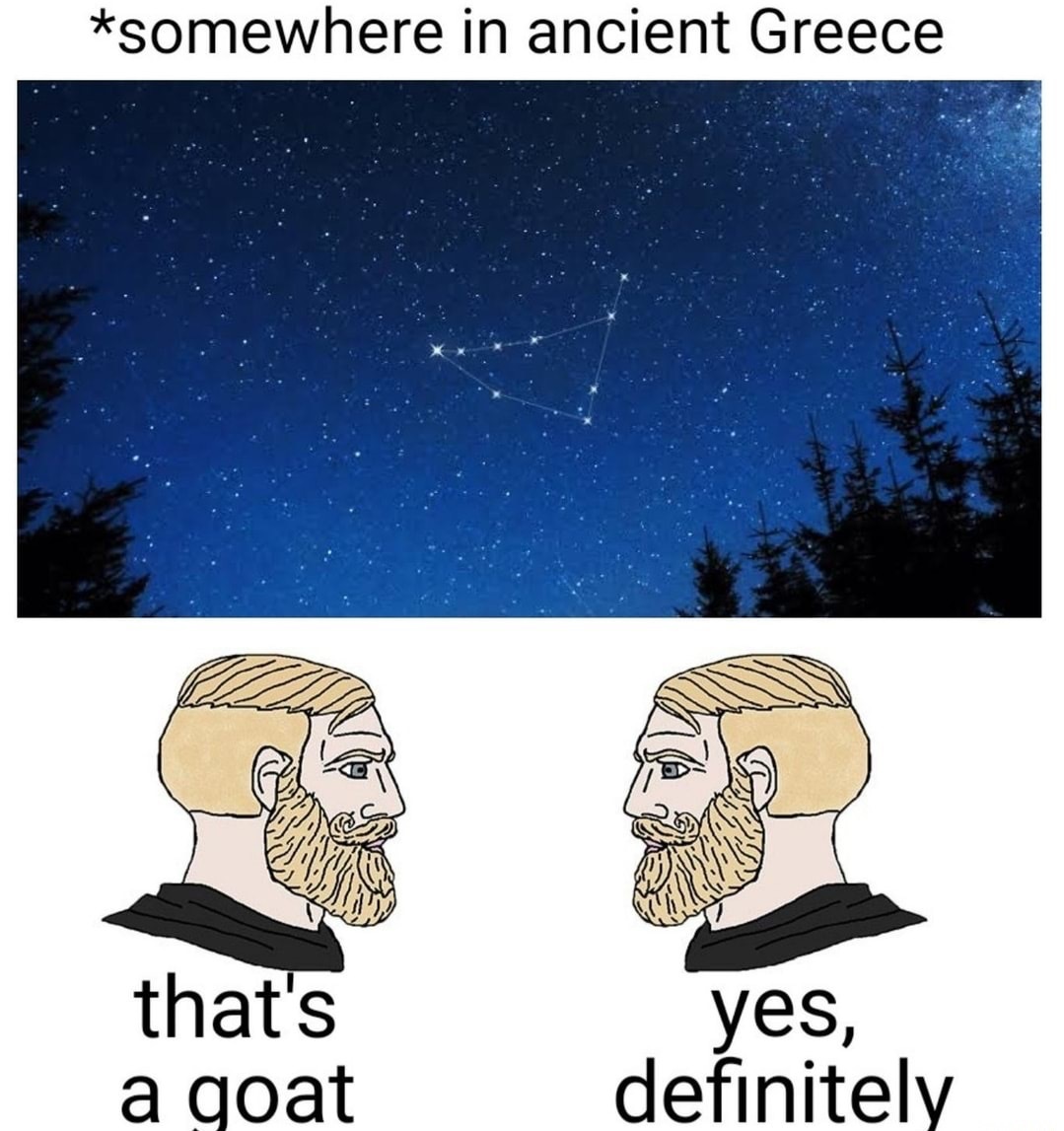 The great war that lasted 10 years between two generations of gods, The old titans leaded by Cronus, and the new olympians and their leader Zeus.

Having such a name holds a big story behind it, had-es, a name consists of two words, the first "had" from the english past verb to be, the second "es" is a turkish verb means to blow.
This way Hades means had blown.
And all of this would be great if those languages were even exist in that time.

Back to the story, had-blown's dream was to have a dog, three dogs, and he tried a lot to convince his father Cronus, but the kid eater father didn't allow him, propably because the father's mother Gaia is the earth and he won't like to see a pet having his nasty backdoor things dropping on her surface.
So cronus ate his son hadblown, his other kids and a stone mistaken to be Zeus. 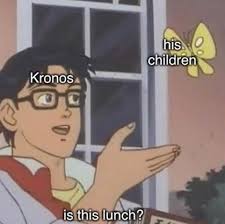 After Zeus had grown away from his father in Crete island, he learnt to play sudoku and chess, then he thought of a plan to revenge for his eaten brothers.
He had two choices, the first was to do a gastrotomy for cronus and get them out, but this will need him to graduate from Crete Medicine college for under estimated gods.
The second was to invite him for a drink.
So, two guys are having fun and drinking Wine and mustard mix.

While drinking that weird drink, Cronus vomited out his kids, then Zeus allied with them and released his friends those who were imprisoned by cronus, the Cyclops and the Hecatonchires.
Then they declared the beginning of the great Titan war
"What a mess" 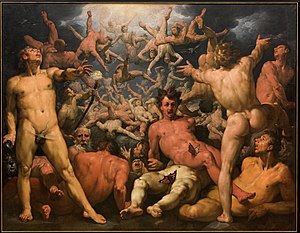 Holy Duck, titans are falling from the sky.

After the new generation took the world, they announced that every one of them will take his own realm, in addition to some DEC !!
Hades, or "hadblown" in my own philosophy, took the underworld, where the death lives.
He managed to reach his dream when he bought three dogs and merged them to make a three-headed dog "he's a god now he can make what he wants", he named it Spot, or Cerberus in old greek.
Spot was a psychopath with a three polar disorder, he had three different characters, the angry, the fool and the romantic. 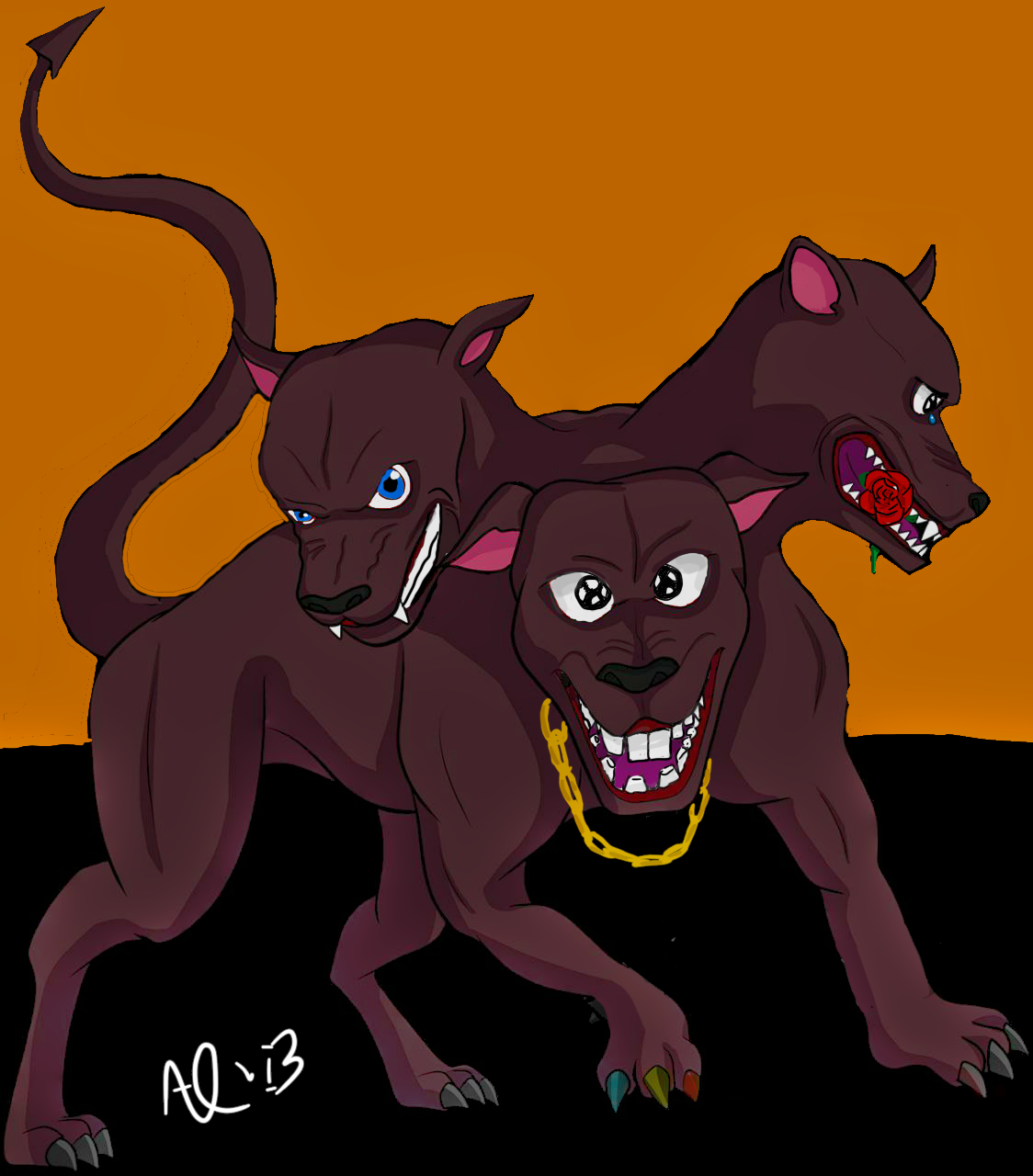 Photo From my Friend @ai5 , he is a new artist in splinterlands, give him a visit and check out his nice work.

As the Greek gods had died "so bad", cerberus had no home so splinterlands is offering him a new place to shine.