@toyfizat01 25
over 1 year ago
proofofbrain

Controversial Kumawood actress, Joyce Boakye has shared how she ended up marrying a 65-year-old man when she was a teenager. 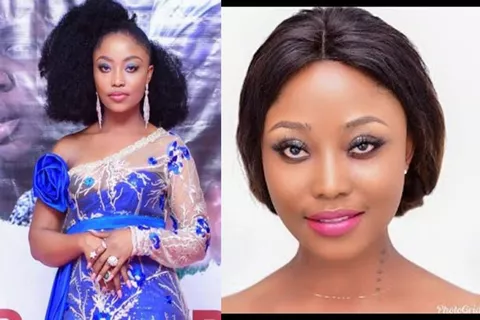 In an exclusive interview with media personality, Deloris Frimpong Manso on her ‘Delay Show’, she indicated that she was just 18 years old when she met her ex-husband but the age between them didn’t stop them from being happy and staying together.

Giving more details as to when they met and what led to their marriage on Delay Show, she revealed that the man was divorced with two kids when they met but she didn’t mind.

According to him, she met the ex-husband who was a medical doctor at Okomfo Anokye Hospital and they both started as workers as he helped the man to advertise and supply his medicine products.

Joyce Boakye explained that they worked for two years and she realized that the man was lonely despite all his riches hence she decided to stay with him permanently.

She emphasized that their marriage lasted for nine years but fingered herself as the cause of the breakup adding that her childish act to be famous collapsed the marriage.