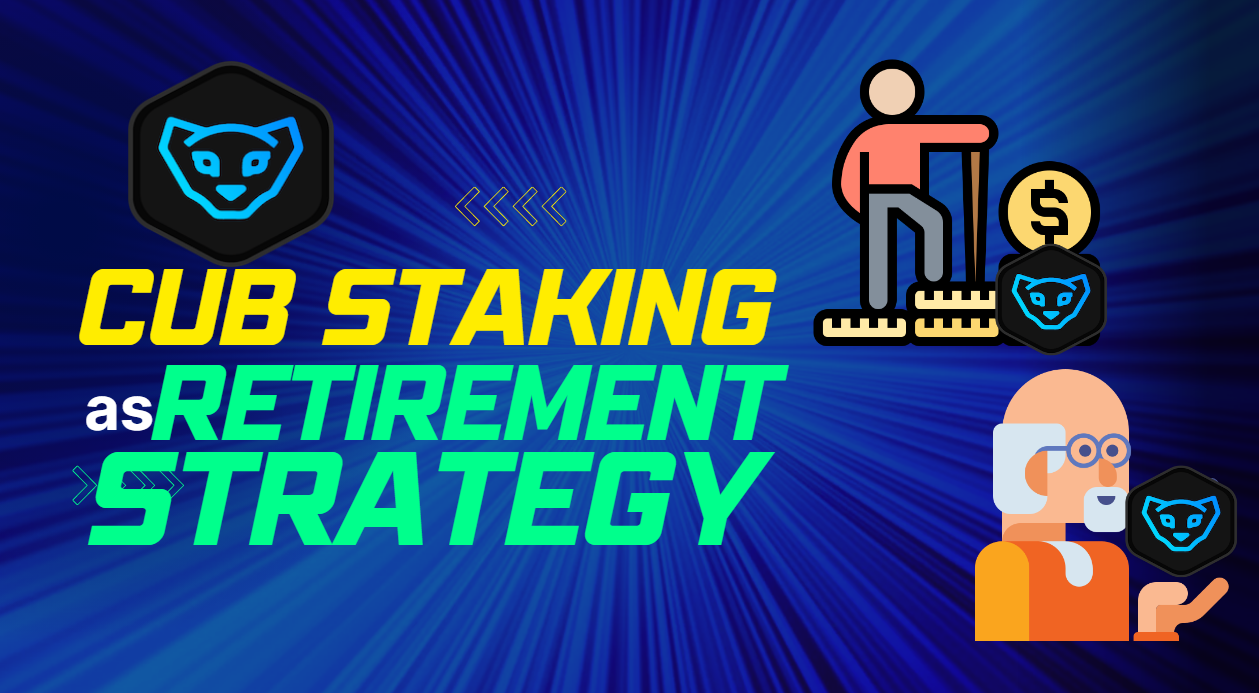 Two weeks ago, one of our retired Pastors called me and sought for an investment advice. he knows I am into cryptocurrency and he believed it could be a good option to wind down his finances. I was careful not to give him an immediate answer because I remember @Taskmaster4450le once wrote about the need to reduce investment risks with age. He's about 70 and shouldn't be expose to a lot of worries when it comes to investment at this time so he can live longer.

After many considerations, I visited him two days ago and told him about Hive Dollars (HBD). I'm not just obsessed with [Hive blockchain]9https://leofinance.io/@crypto-guides/what-is-hive-crypto-hive) because it 's a blockchain I started with, it is just the best. When we take a cursory look at the developers, communities like @leoFinane, @Splinterlands @Spknetwork an others adding great utility and value to the use cases of the Hive blockchain, one can say it is best to invest here.

The last few weeks has been bloody in the crypto markets, yet, our $Hive and $HBD were doing pretty solid and fine. Besides HBD and Hive's stability during the long bear, @LeoFinance in a tweet classified its premier DeFi coin - $CUB as a stable coin as it defied the downtrend move alongside other crypto and DeFi tokens and choose a bullish path, and still is. 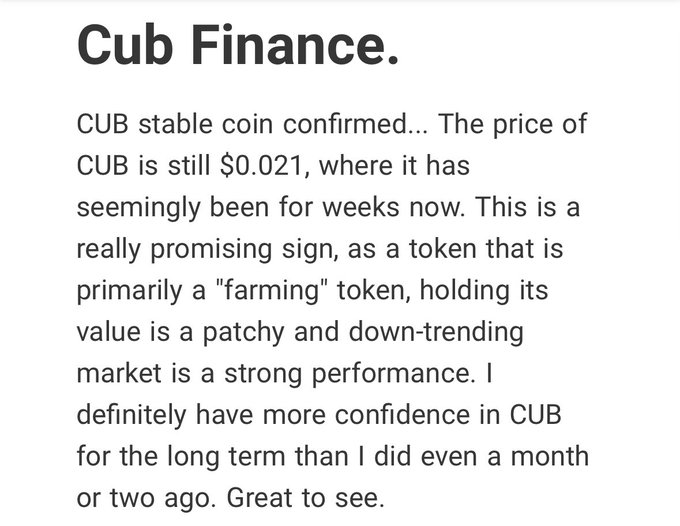 $CUB records a 24.2% price rise in the last 7 days with sweet $0.025 price while CubFinance is witnessing a rising patronage with growing TVL and huge volumes of arbitrage trades. This is a response to the insane high staking APYs on liquidity pools including stablecoins like HBD and BUSD. The future of CUB looks so beautiful and its something anyone who's aware should not miss. It is obvious that soon the MTB Revenue/burn rate would equal and surpass the $CUB inflation, thereby lead to a significant price flip.

Blockchain and cryptocurrencies is here to stay and has recorded a remarkable innovation and a tectonic shift in the financial world. The adoption rate might be slow but certainly progressive. There is a significant difference in the value that cryptocurrency offers against the traditional banking system. We ware hopefully going to have several robust retirement models opening up in the near future especially with successes of stablecoins like $HBD.

Leofinance is committed to democratize financial knowledge and access. This access is for the young and old. One of such deliveries is stablecoin staking on CubFinance. 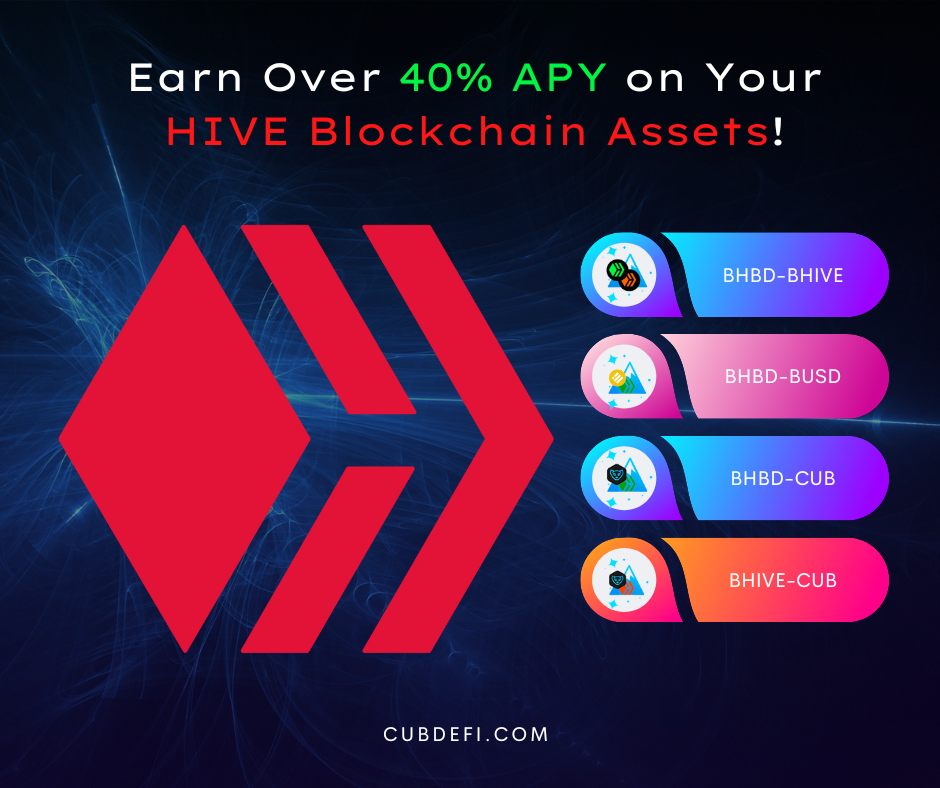 The recent listing of bHBD and bHIVE on Coinmarketcap and Coingecko is an indication that LeoFinance is ready to get $HIVE and $HBD into the hands of everyone. The huge profits for staking HIVE and HBD on CubFinance wills sure bring more investors to Hive and will makes these assets more stable.

We're in terbulant times right now. People don't know if the market is going to go up, down or trade sideways for a while. Many have turned some of their portfolio into stablecoins while they ride it out.

43.38% APY for Pooling bHBD-bHIVE
One of the biggest pools we're focusing on is the bHBD-bHIVE pool. This LP consists solely of HIVE assets and it's a great place to park capital if you're a hodler of HIVE/HBD and want more of them.

$HBD paying 20% APY is decent and on CubFinance, earning 30 - 40% is super huge. i think it is a safe bet for a retirement savings/investment strategy. The man was convinced and assured of some level of peace investing in $bHBD.

A farming platform built on the Binance Smart Chain (BSC) that is part of the Leofinance umbrella of cryptocurrency and Web 3.0 applications.