Don't Fret, another Bull/Bear is coming: The Dilemma of Cashing out HIVE or Investing in "Bearish" Hive-engine Tokens

Today, I've seen the reality of the content of a post I made 21 days ago and reading it agaion would make much sense. I had by inspiration penned in that post the possibilities we enjoy in investment when we pay attention and understand the working of seasons. One of the favourite quotes in that post is below:

Booting my PC 30 minutes ago to see that HIVE has set a new All time High value of $2.36 kept my mouth literally opened for a few minutes. My surprise was not that I despised Hive reaching towards $2, rather, it wasn't expected at this time. The deal is done and hopefully, a $5 Hive is possible in the coming weeks and months.

The new ATH price foe Hive creates another worry as hive-engine tokens dump as expected. Many that hodl hive-engine tokens do so to put their Hive to work so they cash it out when Hive bulls. It's always been the case to have a bleeding market for the second layer tokens each time Hive pumps. Time as this become the best time to buy into Hive-engine tokens as you can have a good volume for pizza amounts.

Deciding on whether to take profits with HIVE or buy Hive-engine tokens is the dilemma...
Presently, there is no liquidity for HIVE in HIVE/SWAP.HIVE conversion accounts at the moment as most have been drained with withdrawals. In fact, only @honey-swap has liquidity for Hive being the main H-E account. 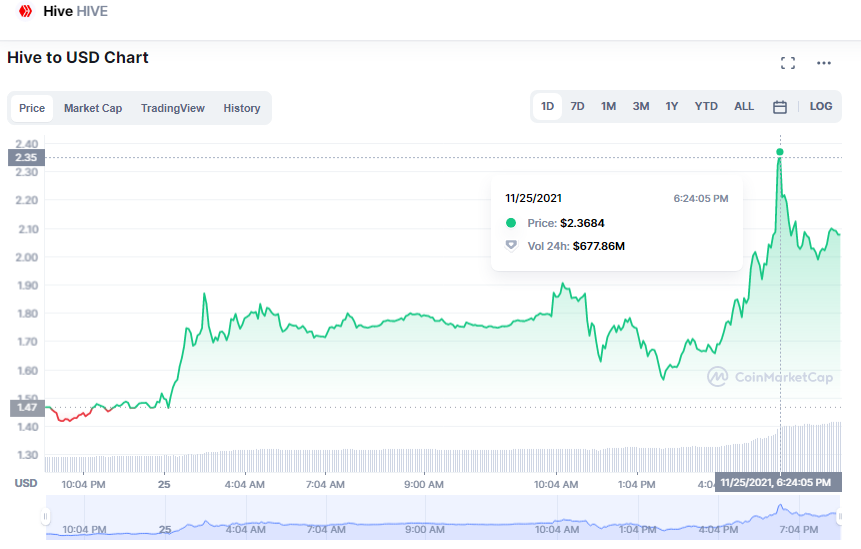 Life is a make up of our choices and it's up to us to bear the joys and consequences of the decisions we take. This is not difference with investing in cryptocurrency. Deciding when to cash out one's earnings or when to reinvest is a risky choice. This is because one can cash out let's say HIVE at $2 and then, Hive moves to $10 and it becomes more difficult to buy in again. On the other hand, one can choose to HODL HIVE at $2 and then the next moment, HIVE dumps to 20 Cent or so.

As a hive-engine token investor, I can tell the dilemma of deciding whether to cash out at times like this or taking advantage of the dipping markets of hive-engine tokens. BEE for instance is now trading for 0.5 HIVE and LEO is trading for 0.15 HIVE. Now is a decent time to fill the bags with these second layer tokens but who knows what would happen next to HIVE if one fails to take some profits at this moment.

Every Change requires a decision...

Some time ago, I marked that each day we see presents us with options to choose from. However, the discerning the right action take is what guarantees how well we we'll smile or cry thereafter. Here is another great time for second layer investors to decide how the next few weeks and months would be regarding their holdings at the second layer level.

The summation of the entire muse is that Bull and Bear days are no permanent experience in the crypto world. The big thing is in understanding the times and how the different seasons evolve. Every investor who fills his bags during the bear season would always have enough to sell during the bull days. We may be tempted to get emotional as Hive pomps, however, this is just the beginning. Take a deep breath and buy some Hive-engine tokens cheaper, your profits could be 1,000x in the near future.

Hive-Engine is a smart contract platform on top of the Hive blockchain. It allows communities and businesses to build their own tokens, which are then built on top of the technology provided by Hive. This is the ultimate layer 2 solution. The token created on Hive-Engine is then immediately tradable with Hive on their exchange

Keeping memories alive is a necessity in this community