@uyobong 74
about 1 month ago
LeoFinance 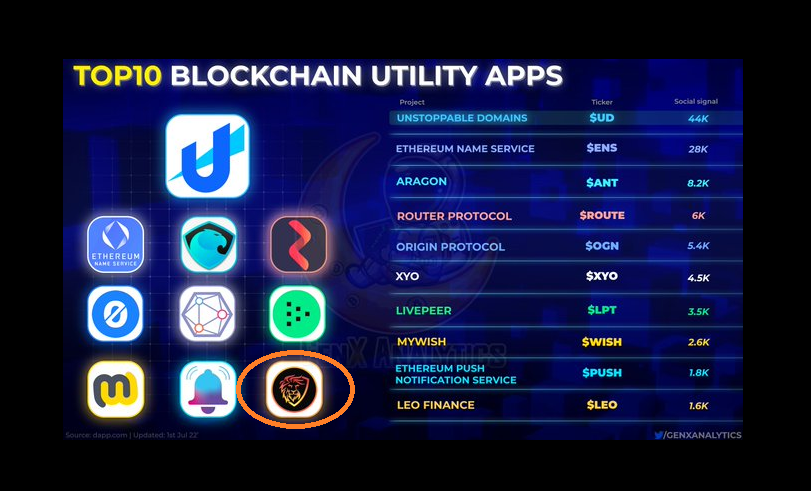 Genx Analytics has listed leofinance.io among top 10 blockchain utility Apps with a record 1.6k Social Signal. GenX Analytics is a community of investors learning Personal finance, giving crypto market data Insights, market activity, news, events & more. It is exciting to begin to see that the engagement metrics of leofinance.io is growing to the point of getting tracked by external tools and entities.

According to Bigcommerce, social signals of a webpage is the collective shares, likes and overall social media visibility as perceived by search engines. This implies that LeoFinance native post links are conspicuously making significant impressions. Thanks to the SEO gurus on LeoFinance like @hitmeasap, @Finguru among others who have brought our consciousness to leofinance content optimization.

The collective shares, likes and overall social media visibility of a webpage is believed to contribute to a page's organic search ranking and are seen as another form of citation, similar to backlinks. It is a great development for leofinance which is poised to democratize financial knowledge and grant the masses access to web3 opportunities. The social signal score of 1.6k for leofinance.io alongside Unstopable Domaains (44k), Ethereum Name Service (28k), Aragon (8.2k), Router Protocol (6k), Origin Protocol (5.4k), XYO (4.5k), Liver Peer (3.5k), My Wish (2.6k), and Ethereum Push Notification Service (1.8k) is a huge stride.

Yesterday, I mentioned how Contents pooled 107 Visitors to leofinance.io from Google in the last 30 Days and a top search result for "How to link your Hive account to MetaMask Wallet" to the highs of 2k visitors in 365 days. Social signals represent highly effective communication, thus, pitching high the engagement efforts that users pose on leofinance interface.

With this stat unfolding, we can see that every post, comment, reblog, and sharing to web2 platforms add to the ranking of LeoFinance in search engines. With more eyes reading contents from leofinance, it means more ads revenue and more staking rewards for $LEO stakeholders. 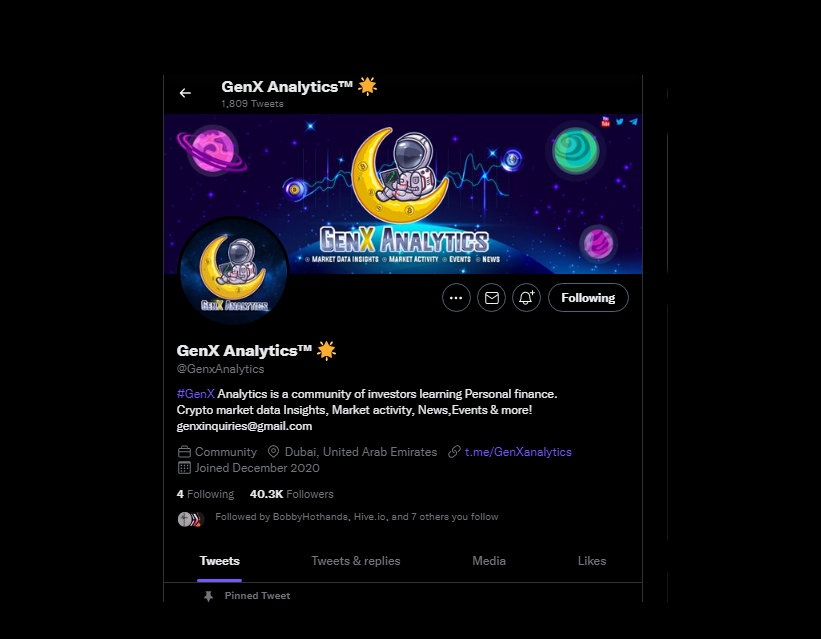 I'm keeping an eye on GenX Analytics and gearing up my engagement on their tweets perhaps they would see the need of making an imprint on a web3 application like LeoFinance, and perhaps utilize out community pages feature to their best advantage.

You can keep in tough with GenX Analytics at the following web2 outlets:

@poshtoken 77
about 1 month ago (Edited)

This is great news for the leofinance community.

It shows we are getting ourselves out there slow and steady. We just need to keep repeating the process and double up the numbers

Really interesting to see that all of our tiny efforts put together are making massive push for the leofinance interface. We keep grinding.

This is so awesome man. Thanks a ton for the info and for the tag. ✌️ Out social media hustle is working great. 🔥🔥

It was really cool to have seen that. I think it's time we engage them more to see how they can also maximize a web3 social front since they have none.

Congratulations @uyobong! You have completed the following achievement on the Hive blockchain and have been rewarded with new badge(s):

@vimukthi 74
about 1 month ago

It was a pleasant surprise to see Aragon on the list. I was a big fan of the project before the previous bear market. After that I lost touch with the project. Good to see that they are doing well. It is quite funny how HIVE which powers LEO is not even on the list. Kudos to @leofinance team for pulling this off.
!PIZZA

@pizzabot 55
about 1 month ago
PIZZA!

Yay! 🤗
Your content has been boosted with Ecency Points, by @uyobong.
Use Ecency daily to boost your growth on platform!

Hey, well done LEO, making the top ten. Thanks for the insights.

This is very cool.
Thank you for sharing.