Call to Action: Tweet your support for our blockchain to Neptune Digital

In the spirit of call to actions put out by @theycallmedan, I wanted to put one out there in support of our blockchain. Please go tweet your love for HIVE on their tweet here:

Neptune Digital recently put out a poll asking which token we think has the most potential (naturally HIVE wasn't even considered). Yet at least one response was made in our favor! 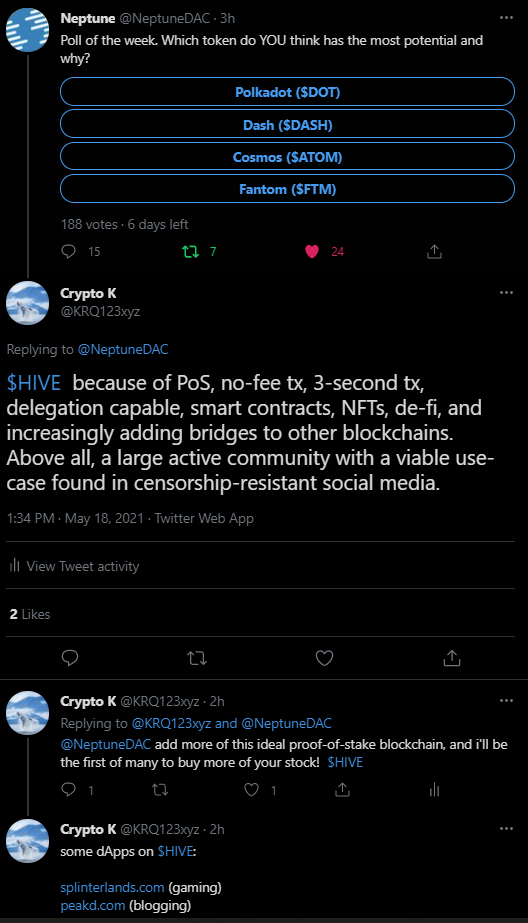 In any case, they probably have NO CLUE what HIVE is and what they're missing out on. Let's change that and teach them the power of community!

Congratulations @videosteemit! You have completed the following achievement on the Hive blockchain and have been rewarded with new badge(s) :

@videosteemit! I sent you a slice of $PIZZA on behalf of @d-zero.