Bitcoin is holding its ground in this bear market!

@vlemon 78
about 2 months ago
LeoFinance 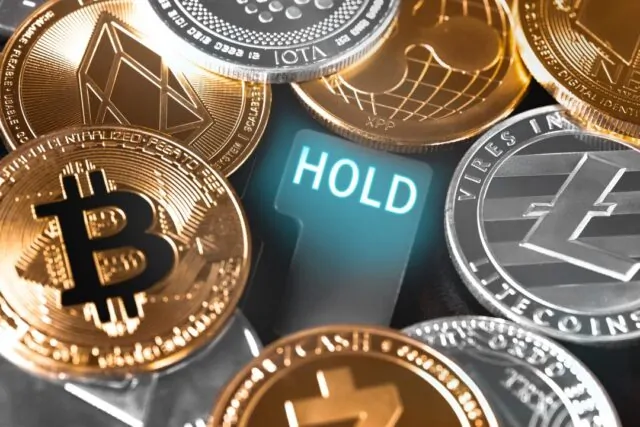 As I was looking at stocks and bonds markets and the slow bleeding happening there, I couldn't help but think that Bitcoin was holding its ground in a much better way!

Then I saw other Crypto and mostly Bitcoin OGs noticing the same thing. 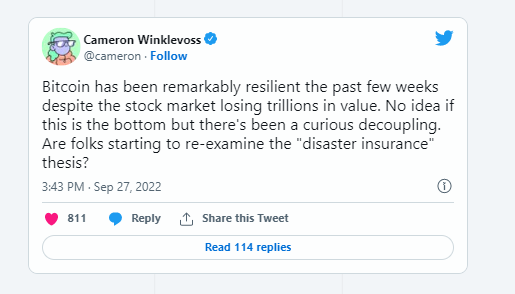 Performance of the past 3 months show that:

IntoTheBlock calculated that Bitcoin is still closely correlated with the Nasdaq 100 and the S&P 500—both at 0.7 (If Bitcoin was entirely correlated, it would have a score of 1)

It used to be 0.9 during end of august and the first week of September.

“It may be a lead-lag effect,”
“Hard to say given that the market itself shifted so much this week.”

“Historically, BTC has not been highly correlated with the stock market, so it’s always possible that the tides are starting to turn back towards lower correlation. But at this point, the data does not show significant detachment.”

I remember a time when BTC was not correlated to Stock markets but this was a few years ago. If Stocks Market continue to dip and Bitcoin show a better resilience, there might be some new narrative building up and taking us on another journey.

Indeed, let's hope it stays that way! I guess the fact that it is priced in USD is helping a lot the demand side. As many people from emerging countries cannot have access to US Dollars.

Indeed, but I have read that this was boosted by the fact that Binance is not charging any trading fees on BTC and ETH pairs.
I might have to confirm this.

Decoupling of Bitcoin from stocks and traditional markets would be nice, but I think it would require some time. But I agree that Bitcoin holding slightly better than stocks under the circumstances is encouraging.