The Dying Body Chronicles 29: In the year of Melancholia

@warpedpoetic 69
3 months ago
Proof of Brain

So, there was rain, there was hail, then the sun came and there was us, playing outside. Carefree, the ball flew with the wind, our feet ran with the ball, our teeth flashed in the gaiety of the moment, just before. 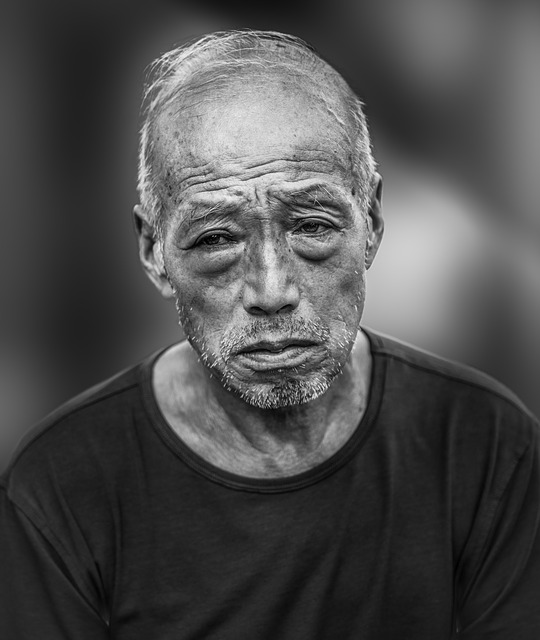 When we got home, our body still returning from that journey, it was quiet and dark. We washed our bodies in the cold light of the moon peeping through the bathroom window. We ate, we slept, we asked for mother and we were told she had gone to bring our baby brother home. We slept and in our dreaming, we saw her smile stutter at us, we saw her raise her goodbye towards us like a prayer. We saw our father's body wilt. We saw.

The next day, a Sunday, we woke to the clamour of morning; the borrowing of shoe polish, shoe brushes, shoes, pressing iron and ties. But, we did not go to church. No one told us why. We had dreamt it. We had waved back in our dreaming but what it meant, we were yet to know. We sat demure, waiting in the living room as strangers left sand and mud on the floor, moving about, talking in soft tones, watching us from the corner of white eyes.

We played with our toy guns, breaking it open to see what made the lights, what made the sound beep like cartoon spaceships. We were almost lost in the heat of imagination when father returned empty-handed. It was as if he left himself outside. He said nothing in return to the greetings that ambushed him at the door. He walked to where we sat and stood before us saying nothing. We did not raise our eyes to meet his. Maybe we knew what we will find and we were afraid of it. He just stood there and for a while he pretended to be father and we pretended to be children but it was all a lie. We were no longer children and he had left something outside.

It changed him, this absence in him. We fell asleep waiting and woke up to another day. It was quiet, too quiet. We dragged our eyes from sleep and wandered into our mother's room and there, we found father hunched over a pillow, his head to the wall. We watched the storm in his body shake, we heard the thunder of his cry, we saw the rain and all our questions came undone before us.

We wept with him, we yet to know why. We cried because we knew of small pains and father had always seemed impervious to our small traumas. If he could cry then it meant this was a pain that the whole world could not bear. This was more than a bully pulling our shorts down around our feet or the teacher's cane on our behind.

We wept and he came to us in the semi dark and drew us into his arms. We could smell tears joining, that bitter smell and we could smell mother's perfume faint on father's shirt.

When will mummy come, we asked and father sighed and told us to get ready for school.

How were we to learn knowing he did not go to work, knowing he sat alone in the room, filling the pillows with grief? We never saw mother again or our new baby brother.

One day, after many days, we were brought by an aunt whose name we did not know to a place where the trees grew full and fat, where the soil was rich and dark, where concrete slabs filled almost every space. We were brought there and a wooden rectangle was brought out of a car and settled inside a fresh hole.

Somehow, we knew that this was where father had left himself. All he needed to do was open the box and take his soul back but no one told him. We could not tell him because we were not near him and the whole thing looked solemn. After the priest had talked and talked and talked and some ladies had sang some sad songs, father stood up and he stood hunched inside himself like a beetle. We listened to his mouth move and then we heard him say goodbye. It was then necessary for us to throw sand over the box.

We told them something of father's was inside the box and he needed to get it so he would feel better but no one listened to us. They never listen to us. We left there empty as we came. Now, father does not let me run with the ball flying with the wind. Our teeth no longer catches the gaiety of the moment. Father says it is dangerous. He says we could get injuries. We could get infections.

We sit at home all day reading books on science. Father says we will be a doctor so that it won't happen again. What exactly he means we do not know. We know that mother left us too and we are yet to learn why and why has father decided to blame us for leaving his soul in that box? Did we not try to warn him? Did anyone listen?

so sad and so beautiful

Thank you much. I am glad it touched you.