"Nutty As A Fruitcake" 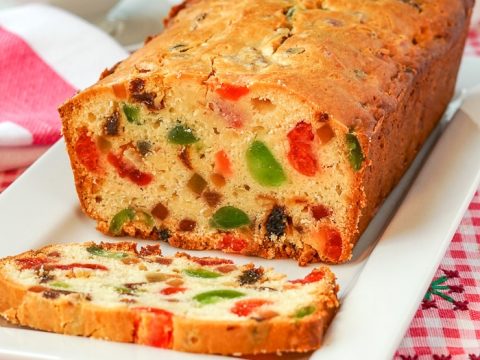 You guessed it! Today, December 27th, is National Fruitcake Day.

Fruitcakes bring mixed reactions. While some people love them and they are a staple of holiday eating, others absolutely loath the thought of candied fruit baked into a confection. Ancient Egyptians buried the dead with fruitcakes because they believed it was important for the journey to the afterlife. Christian Crusaders were also known for eating fruitcakes on their journeys.

The earliest recorded recipes date back to Roman times, where pomegranates, dates, and raisins were used. Fruitcakes became popular in Europe and came to be served on special occasions, including Christmas. Honey and spices were used as ingredients during the Middle Ages. Popularity in Europe rose with the importation of cheap sugar from the colonies during the sixteenth century, which allowed fruit to be better preserved. Native fruits like plums and cherries were better preserved, but this allowed more fruits to be imported from other regions. Recipe changes have varied by country and altered over time. By the 1800's a typical recipes started to include pineapples, cherries, and orange peel.

From Europe, fruitcake popularity started growing in the United States. Nuts became a staple of recipes, probably due to lots of fruitcake producers were located within the southern U.S. where nuts were produced. This lead to the coining of the phrase "nutty as a fruitcake." Today fruitcakes are usually made from candied or dried fruits, nuts, spices, and are sometimes soaked in spirits like brandy or rum; although, most commercially produced fruitcakes in America are alcohol-free. Frosting usually isn't used on Fruitcakes because the cakes are so sweet on their own. Many places in Europe during the 18th century actually banned butter and sugar from being used in fruitcakes beause it was considered too rich and decadent. Fruitcake mail-order businesses started popping up around 1913. It's unclear as to why at sometime during the 20th century fruitcakes began being maligned. Various negative referrences were made in TV shows, most notably by Johnny Carson, who once said, "The worst gift is a fruitcake...there is only one fruitcake in the entire world, and people keep sending it to each other."

Fruitcakes are the most re-gifted item around Christmas; almost 40% of people say they give fruitcakes away after receiving them.

A long shelf life - some fruitcakes made with alcohol and the right preservatives can last up to 25-years.

Fruitcake sent to space - during the Apollo 11 mission, pineapple fruitcake was sent up with Buzz Aldrin and Neil Armstrong to enjoy as a treat. They didn’t feel like eating the fruitcake before they walked on the moon, so it ended up being returned to Earth. That fruitcake is now on display at the Smithsonian Air And Space Museum in Washington, D.C. Is that fruitcake still edible? Hmmm. 🤔