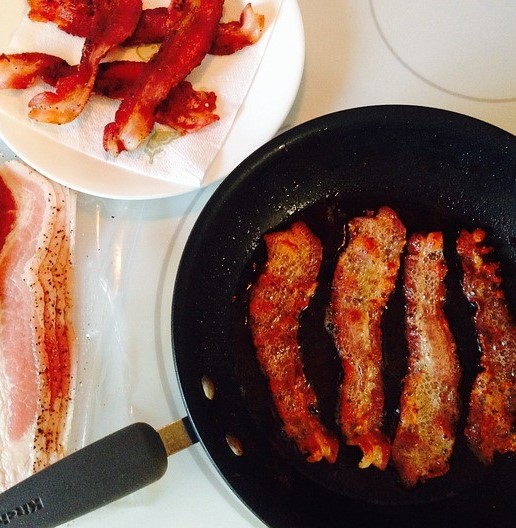 December 30th is National Bacon Day. It's the official, unofficial day to celebrate one of the tastiest foods man has ever known, the savory, mouthwatering cured pork belly - better known as bacon. This "holiday" is separate from International Bacon Day, which is the Saturday before Labor Day. The first wild pigs were domesticated about 10,000 years ago . It's unclear how long after that people started eating bacon, but Roman's enjoyed bacon, commonly known as petaso, for breakfast and dinner. The love for bacon soon made its way to Germany, where it was called bak. Of course, many cultures do not eat bacon, usuaully for religious reason, and consider the pig unfit to eat - hey nobody's perfect 🙂).

In the 1500's Hernando de Soto brought 13 pigs to America; within 3 years, he had over 700. This fact is probaby why he's considered the farther of the American pork industry. Oscar Meyer was granted a patent in 1924 for packaged, sliced bacon, which led to wider distribution. Prior to that, bacon was locally sourced and regional, a.k.a. artisanal. Today bacon is a multi-billion dollar a year industry with a variety of mnaufaturers and distributors.

There are many types of bacon. Canadian bacon comes from the back of the pig and resembles traditional ham; Irish bacon, also from the pigs back, but typically sliced thicker; American style bacon is made from the fattier pigs belly and generally sliced thinner, although thick cuts are available too; Italian bacon, called speck, comes from the pig legs and is cured with spices like garlic, salt, nutmeg, and juniper. Other non-pig bacons can be found as well; duck bacon, elk bacon, lamb, venison (deer meat), soy bacon, and probably the most popular - turkey bacon. A bacon purest may argue that all of the aforemention bacons aren't really bacon at all. I'd refer to them as bacon cousins.

Word on the street is everything is better with bacon. That has inspired all sorts of bacon creations. From bacon ice-cream, drink cocktails, bacon-scented air freshners, to multiple recipes using bacon. Bacon is iconic! 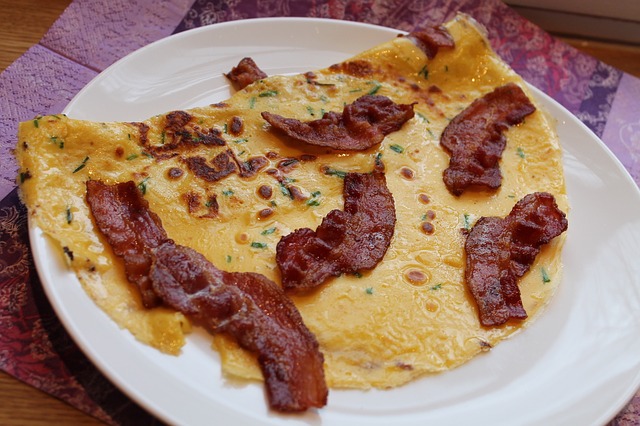 Bacon Odds and Ends
-There was once a bust of actor Kevin Bacon, made from bacon
-Bacon and eggs are eaten together 71% of the time
-A 250 pound pig will yield about 23 pounds of bacon
-53% of American homes keep bacon on hand at all times
-New York And Los Angeles are the top American consumers of bacon
-The average American eats 18 pounds of bacon a year -- just, wow!
-Bacon grease was used to make explosives during WWII
-Bacon is referred to as “meat candy” (thankfully, I don't know anyone who actually says that, lol)

Danya “D” Goodman and Meff “Human Cannonball” Leonard founded Bacon Day in 1997 with the idea of having one great day to bond everyone together.