Happy Festivus! Or, should I say Merry Festivus? 🤷🏽 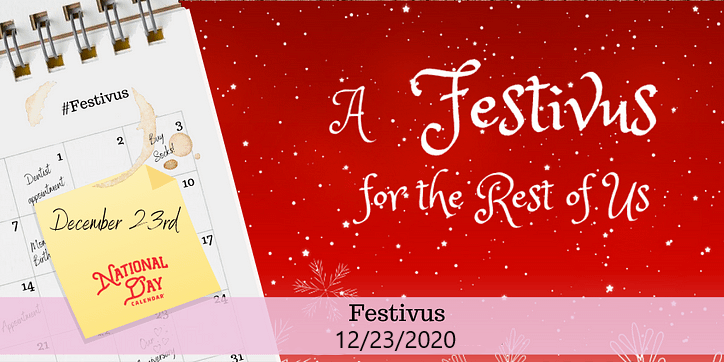 Today, December 23rd, 2020 is National Festivus Day. Unless you've living under a rock for past 20+ years, you know that Festivus is a holiday featured in the 1990's TV sitcom "Seinfeld" episode called "The Strike." The episode aired in 1997 and show character Frank Costanza tells the story of how he invented Festivus to counter the commercialism of tradition Christmas.

Festivis involves odd rituals, (1)Festivus Pole - putting up an aluminum pole in the home, instead of a Christmas tree. (2)Festivus Dinner - In the Seinfeld episode, the main course consisted of meatloaf. (3)The Airing of Grievances - is done during dinner; each person expresses how others have disappointed them during the previous year. (4)Feats of Strength - consists of wrestling the head of the household. Note: The holiday cannot end until the head of the household is pinned, or Festivus will perpetually continue. (5)Festivus Miracles – basically any task or feat can be considered a "Festivus Miracle," no matter how unimpressive or ordinary. The History of Festivus:
You may not be aware, but Festivus has a real-life origin, although the details depicted in the Seinfeld show are different. TV writer Dan O'Keefe's father, Daniel O'Keefe, came up with the idea in the 1960's. The elder O'Keefe's version of the holiday was conceived to celebrate the anniversary of the first date with his wife, Deborah. The catchphrase "a Festivus for the rest of us" came in 1976 and was meant to recognize those who were still living after the death of Daniel O'Keefe's mother, Jeanette - (the "rest of us" are the living, as opposed to the dead). Dan O'Keefe once confessed the original Festivus was slightly more peculiar than the Seinfeld show dipiction. Instead of a pole placed in the house, a clock was placed in a bag and nailed to the wall. Also, the airing of grievances were recorded on a tape recorder. The tradition had other practices revealed in "The Real Festivus" book by Dan O'Keefe in 2005. 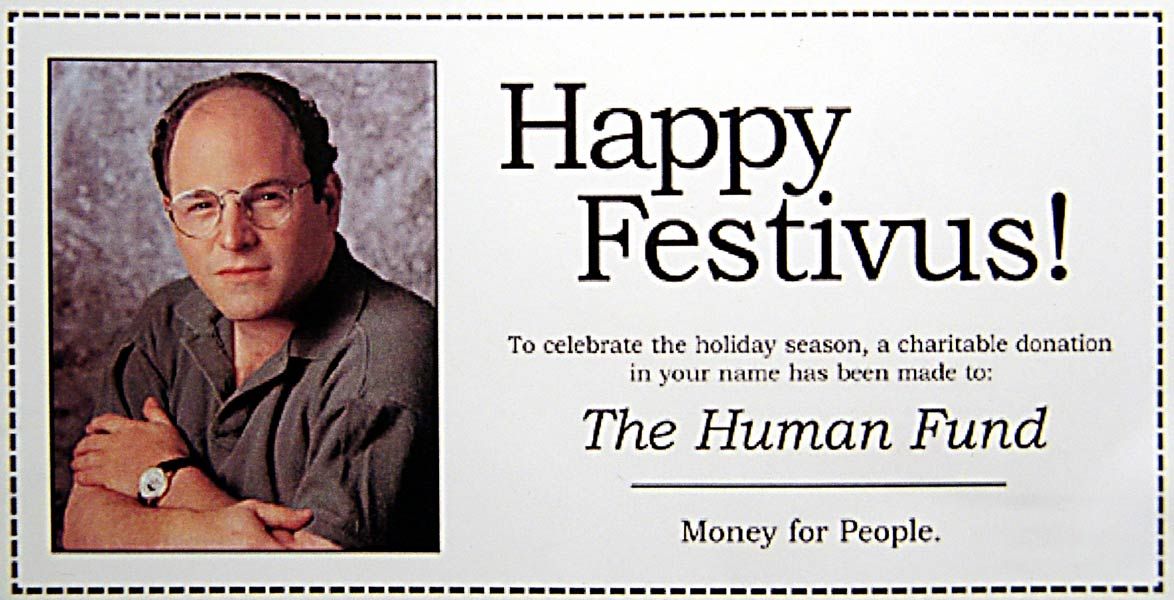 Apparently, according to accounts, many have been inspired to adopt and celebrate Festivus every year. And if that includes you, I wish you a Happy or Merry Festivus for the rest of us!