Talk about a communal Urbex wasteland area! Carblox Refractory Plant and Hepworth Refractories are both within spitting distance of this old manor house that used to be a social club for the workers at these nearby factories during the 1970s. 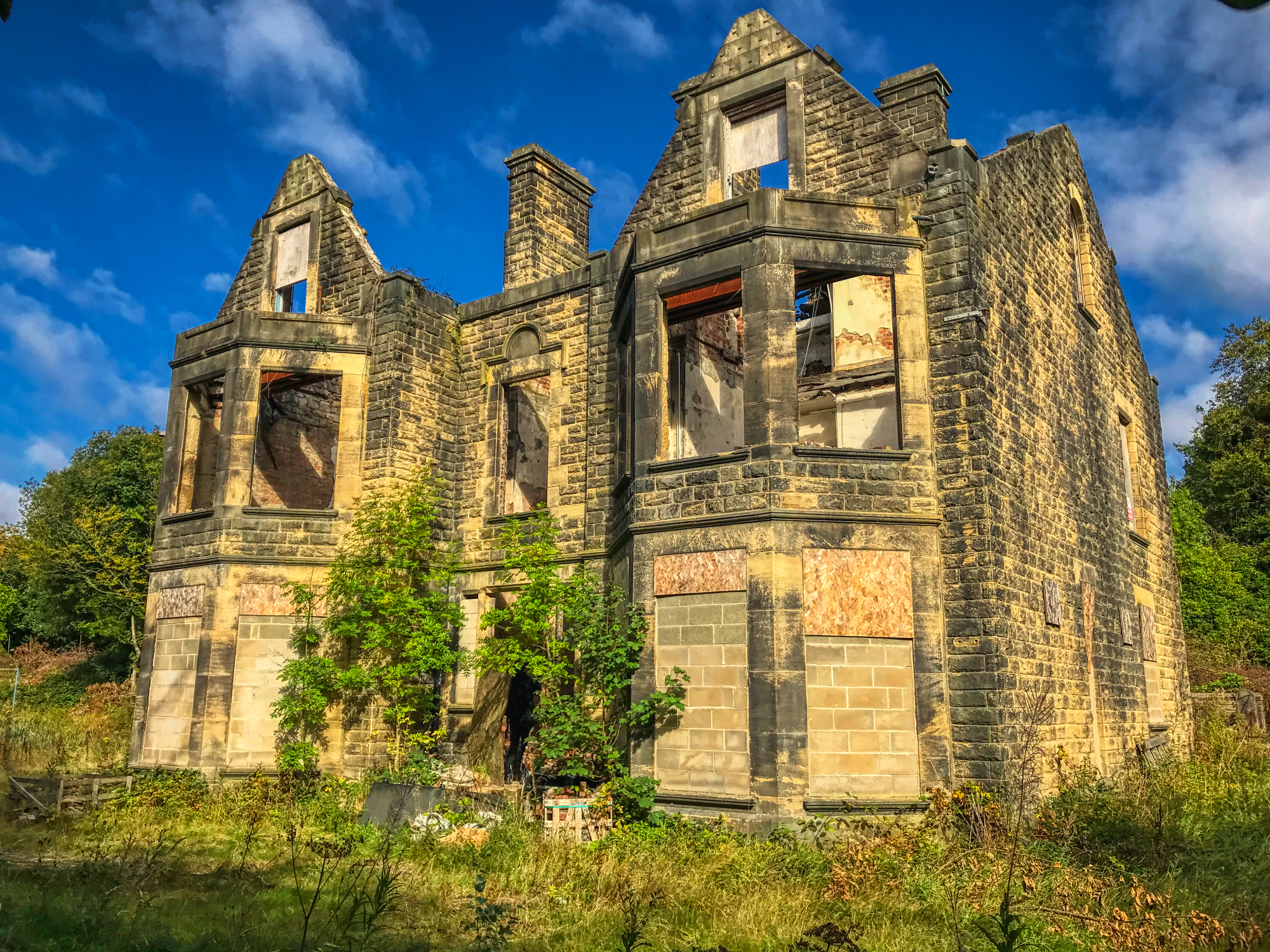 A short walk up a gently ascending hill would yield the weary factory worker Claremont House, where they could get pissed, pick up a loose dirty whore, and forget all their worries for a while.

...'NOTE: the majority of the above sentence is factual'...

Built in 1895, the building was last used as a social club for employees of the nearby Hepworth Refractories but has been vacant for many years.

Looking at the state of Claremont House I can see the last drink consumed on the premises may have been somewhere in the 1980s as what I witnessed was yet another shell similar to Thornseat Lodge. We hardly struggled to enter the grounds but the sign was a little puzzling. What was 'In front of these gates'? 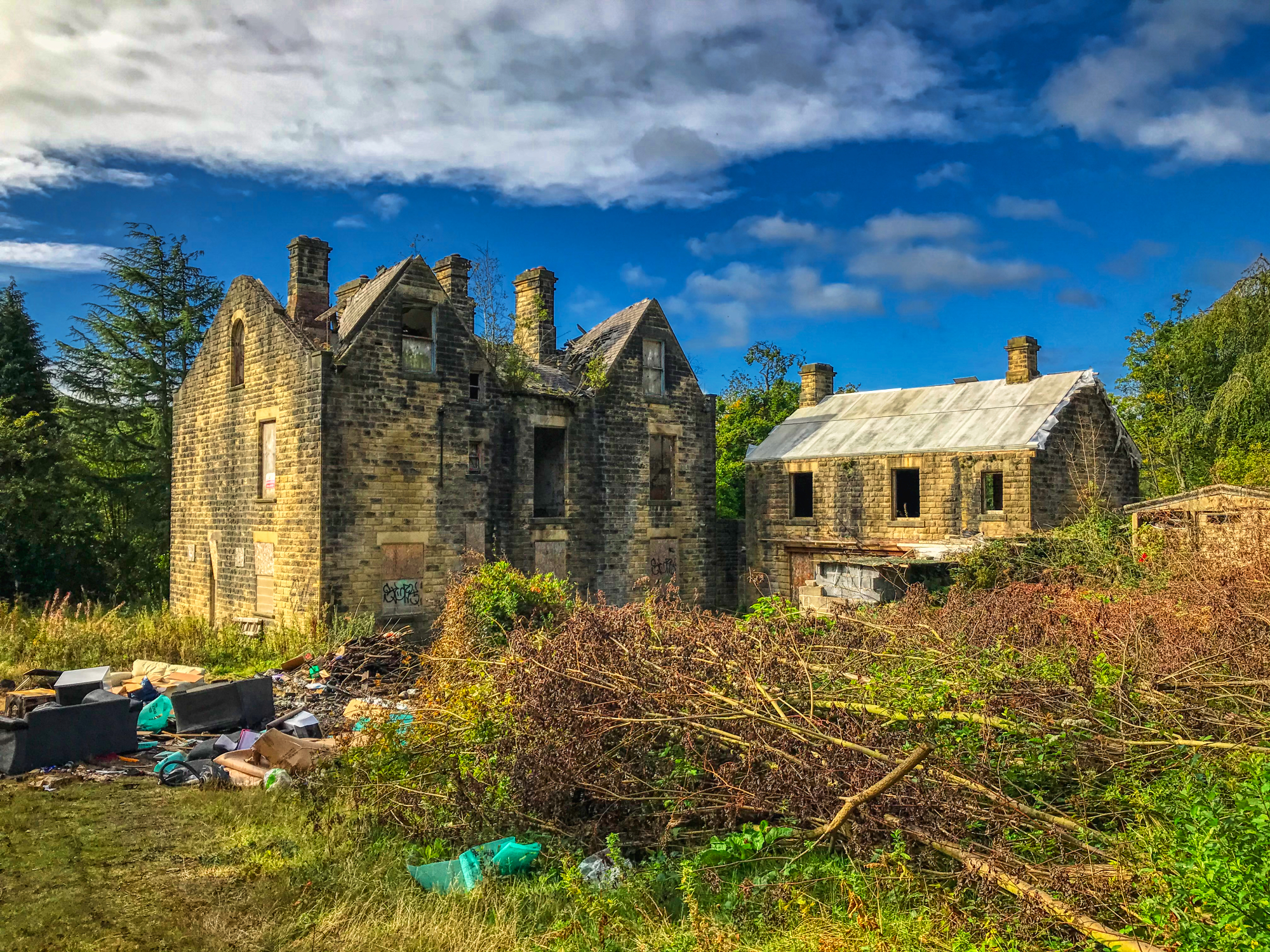 Some arseholes had been fly-tipping their junk within the old grounds. Others had been burning all the left behind crap. 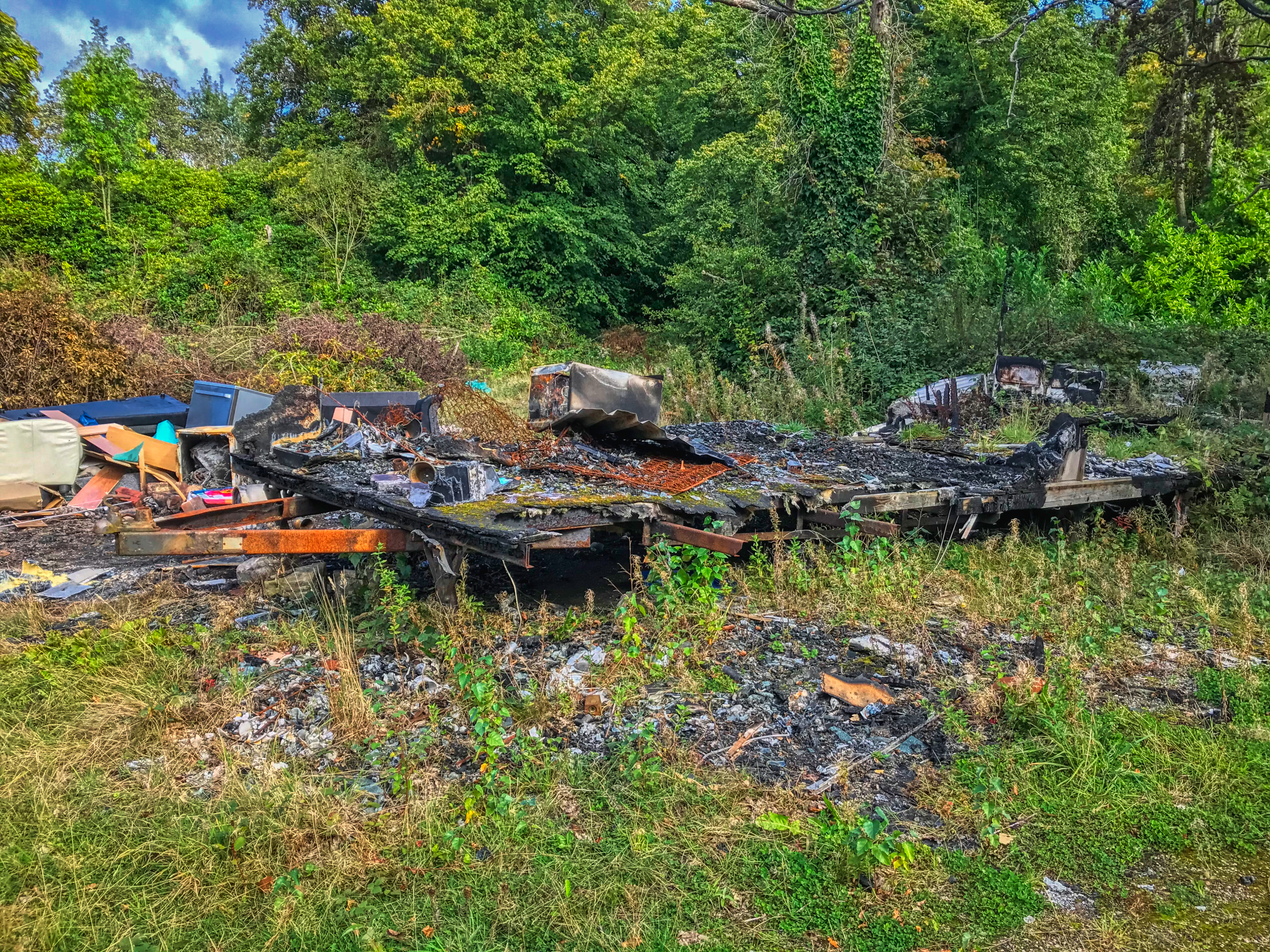 Yet some others had been making use of the fires by baking some potatoes but not eating them. What's wrong with these wasteful bastards, baked potatoes on an open bonfire melded with mud and slime tastes awesome! 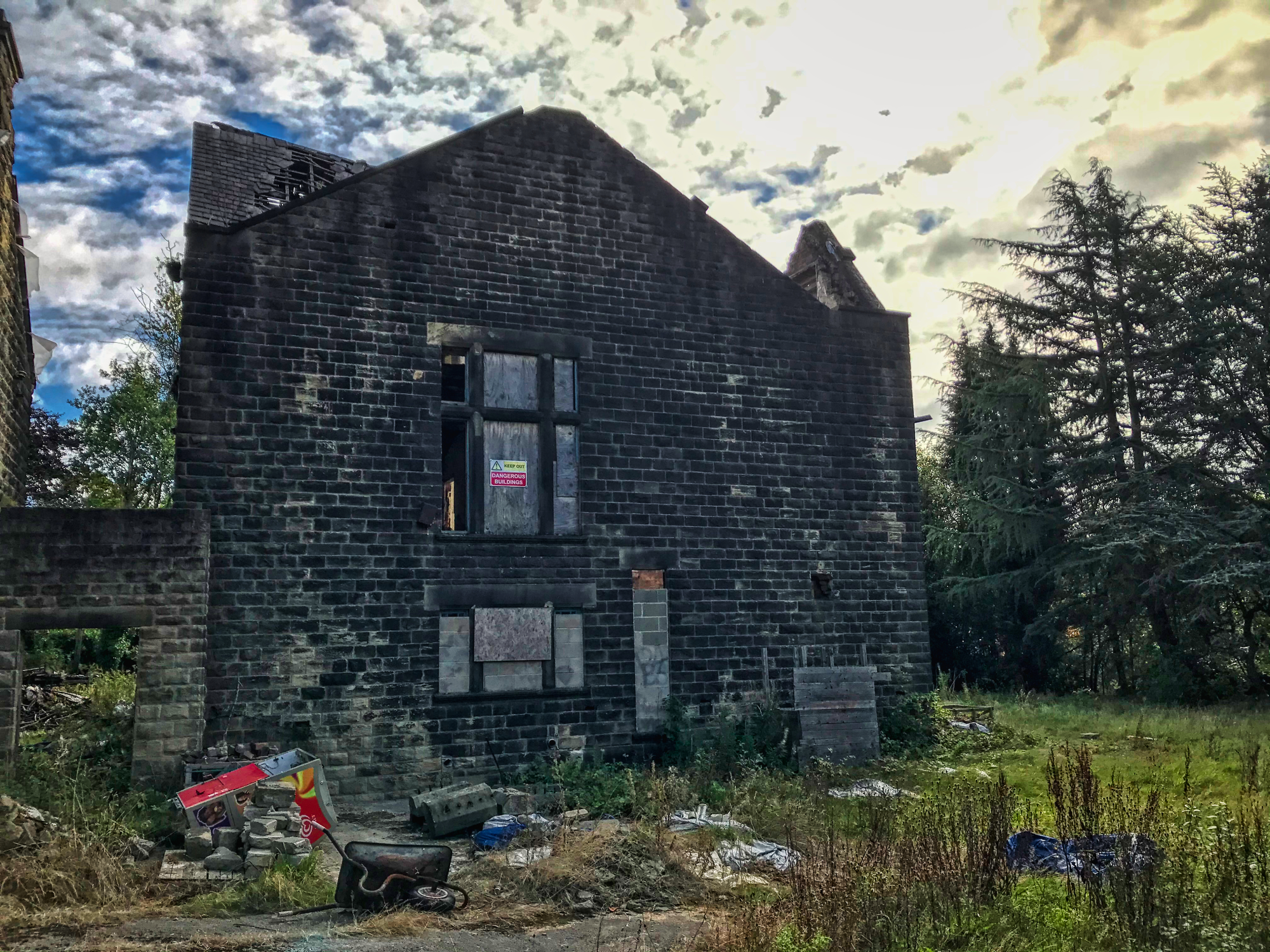 The whole area was a derelict mess and I was struggling once again to find anything other than junk. 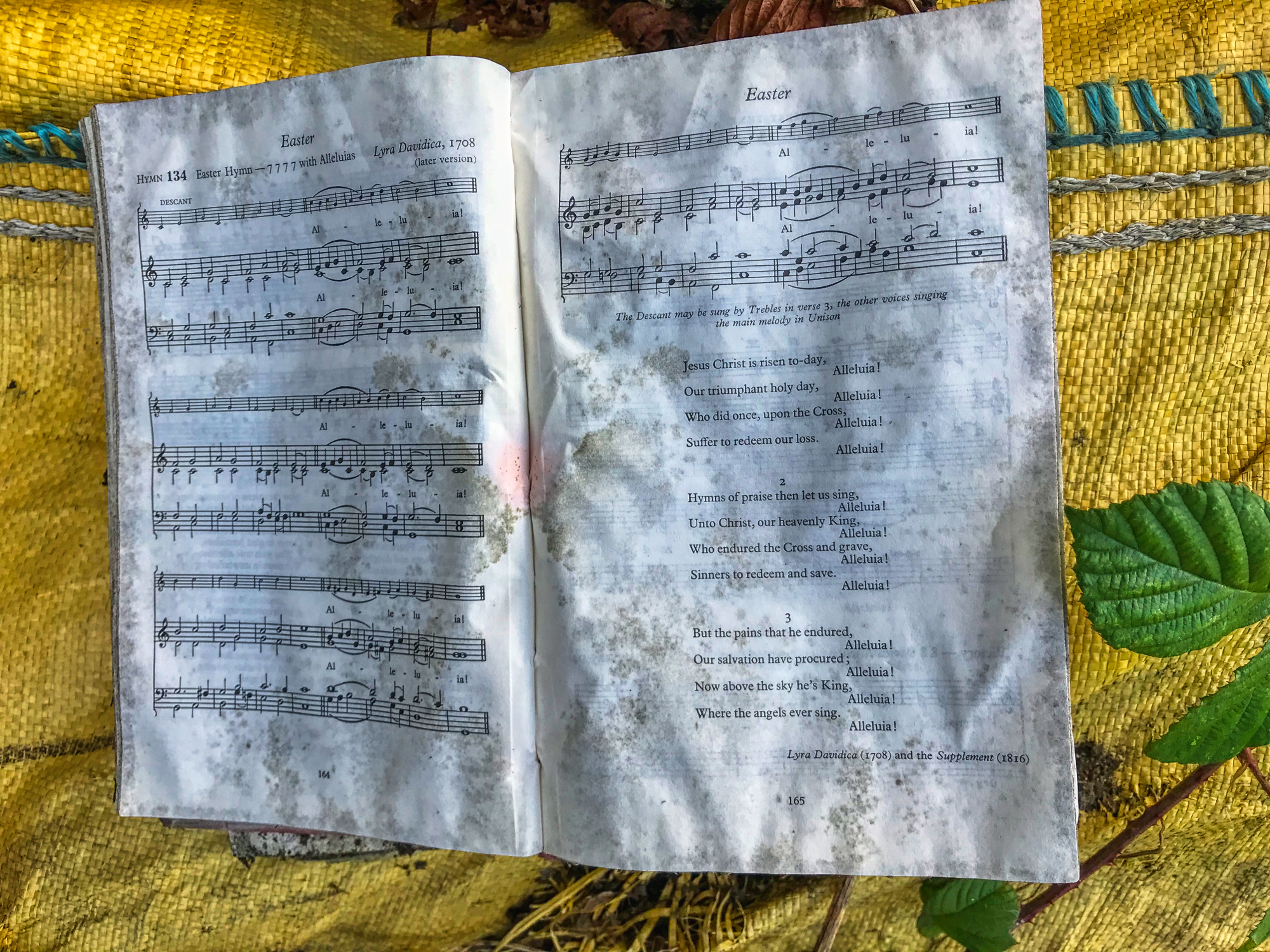 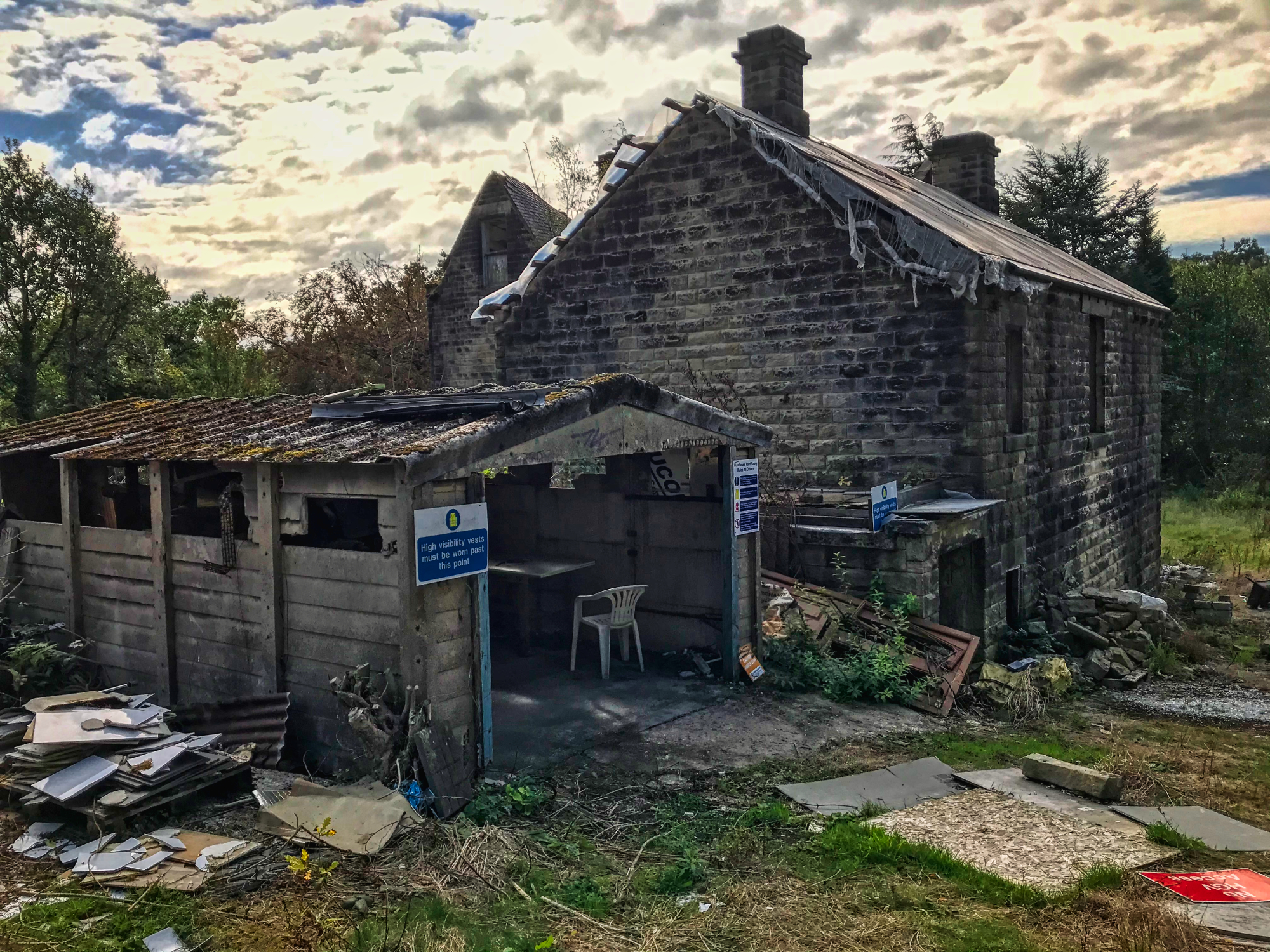 I know the garage used to host some personal items, looking at older posts. However they must have all been stolen by visiting thieves in the past. This has got to be the product of more fly-tipping. 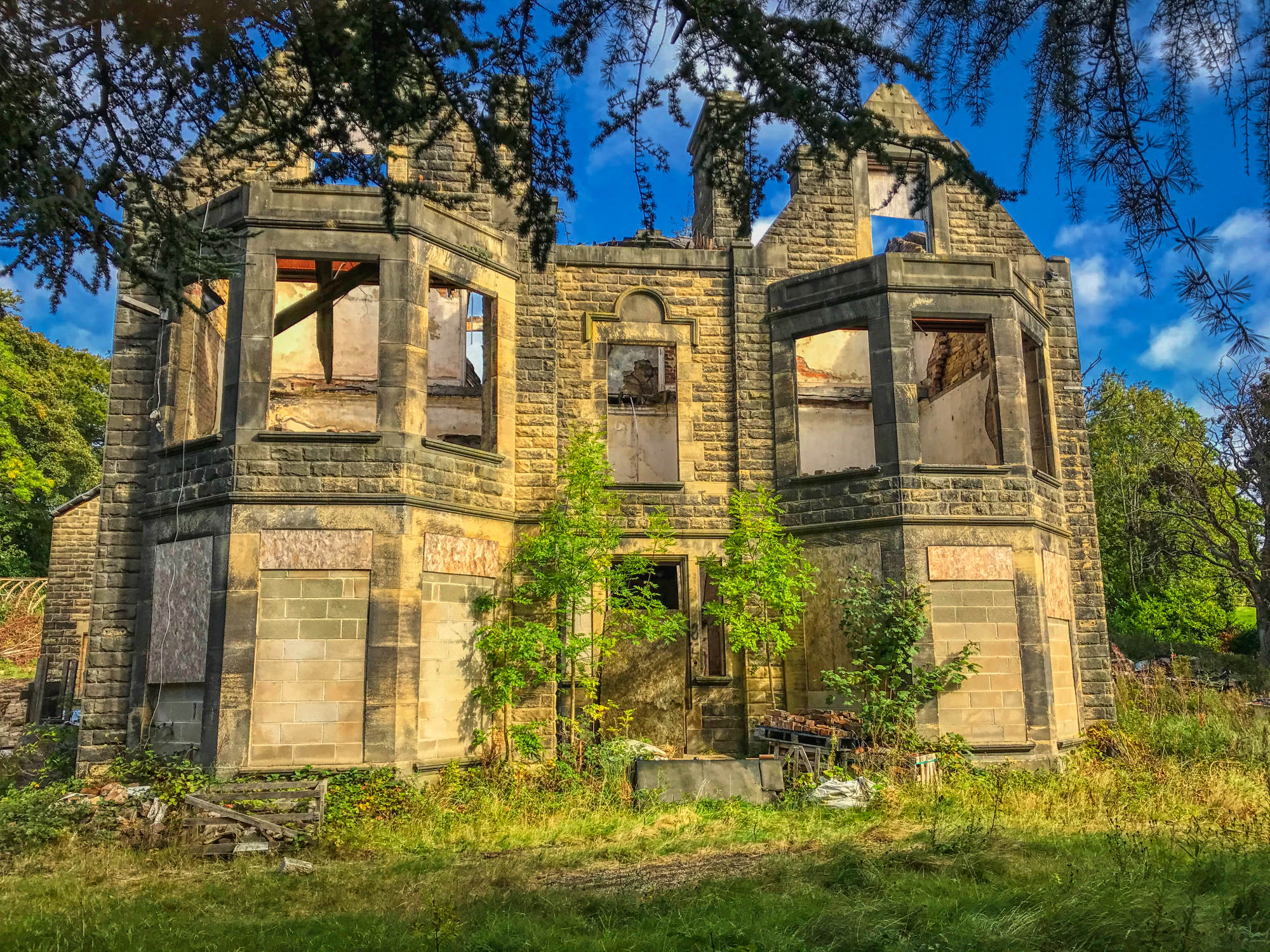 I do love the style of these Victorian mansions with the dual frontal arches. Looking at the condition of Claremont House, I was thinking it may be too late for this one. Getting inside proved quite easy with these old security boards no longer doing their job properly. 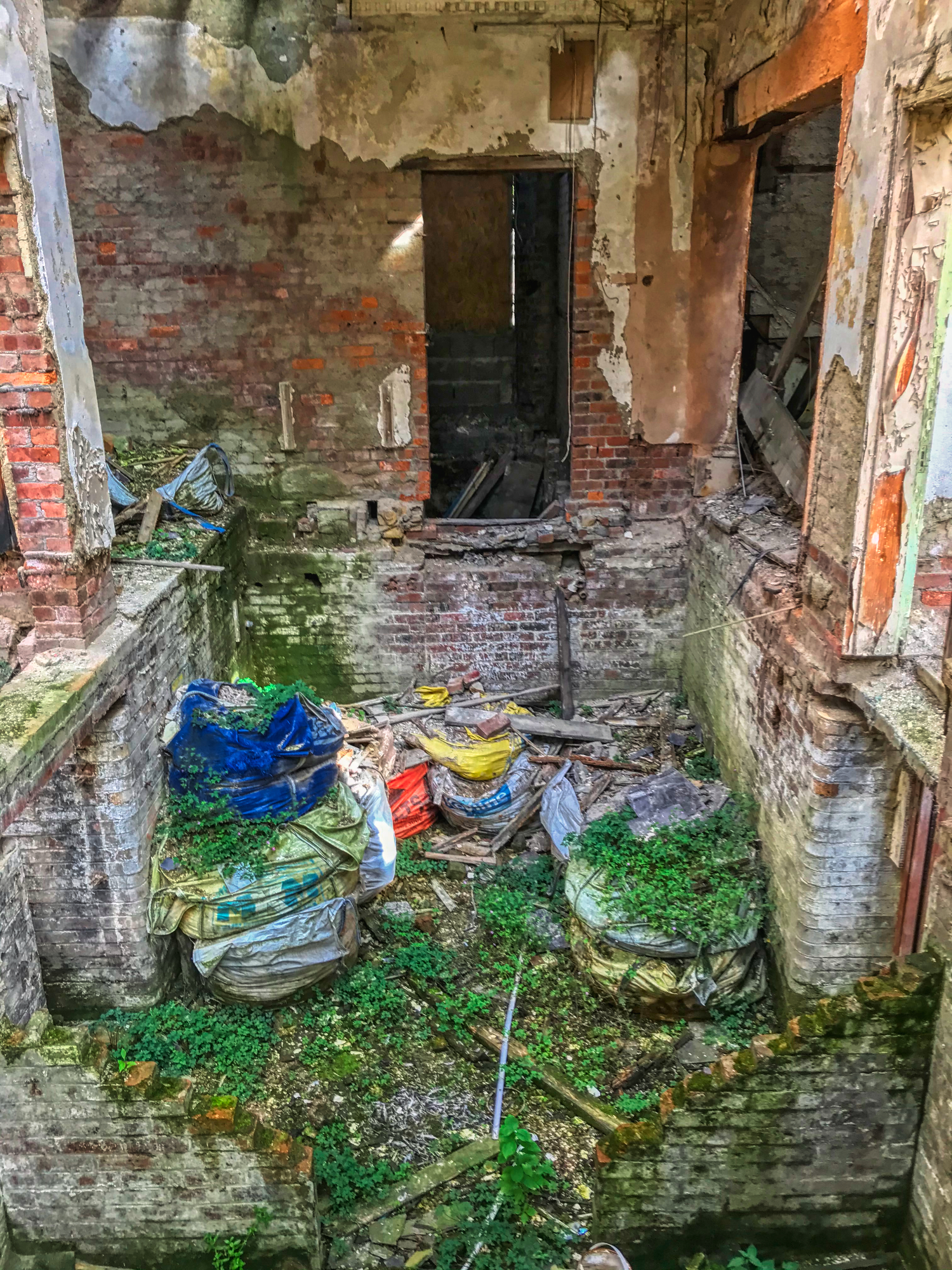 A peek inside revealed the ground floorboards had rotted away. If we wanted to get in then it was a jump into what was once the old cellar.

Someone else had placed some handy junk to aid future explorers (more like aid themselves and left it all there). Regardless we climbed down expecting to find little. This was worse than Thornseat Lodge which has been empty since the mid-1980s. Had this been left for even longer? 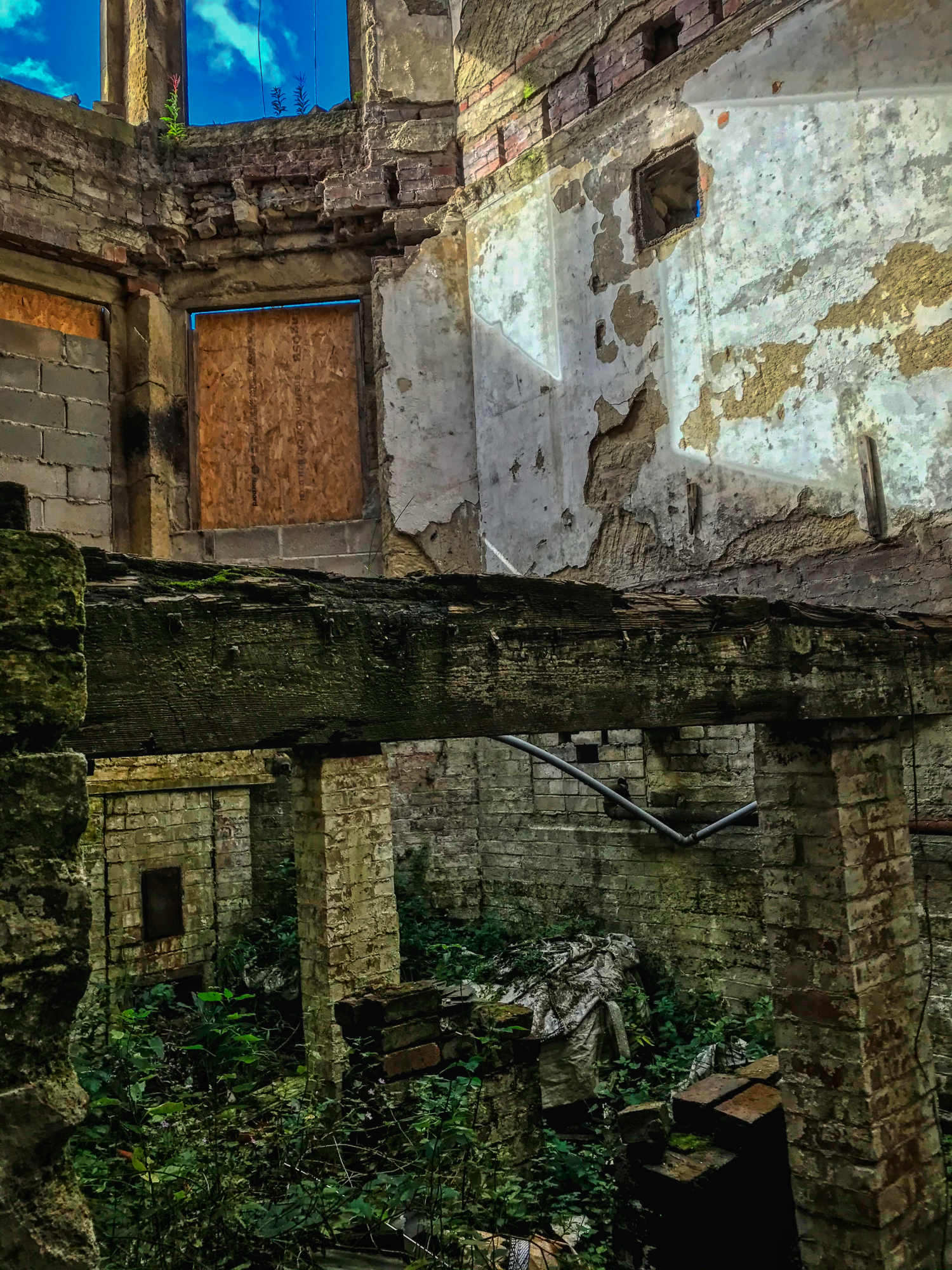 Any thought of looking upstairs was thwarted quickly. The stairs were not to be seen. 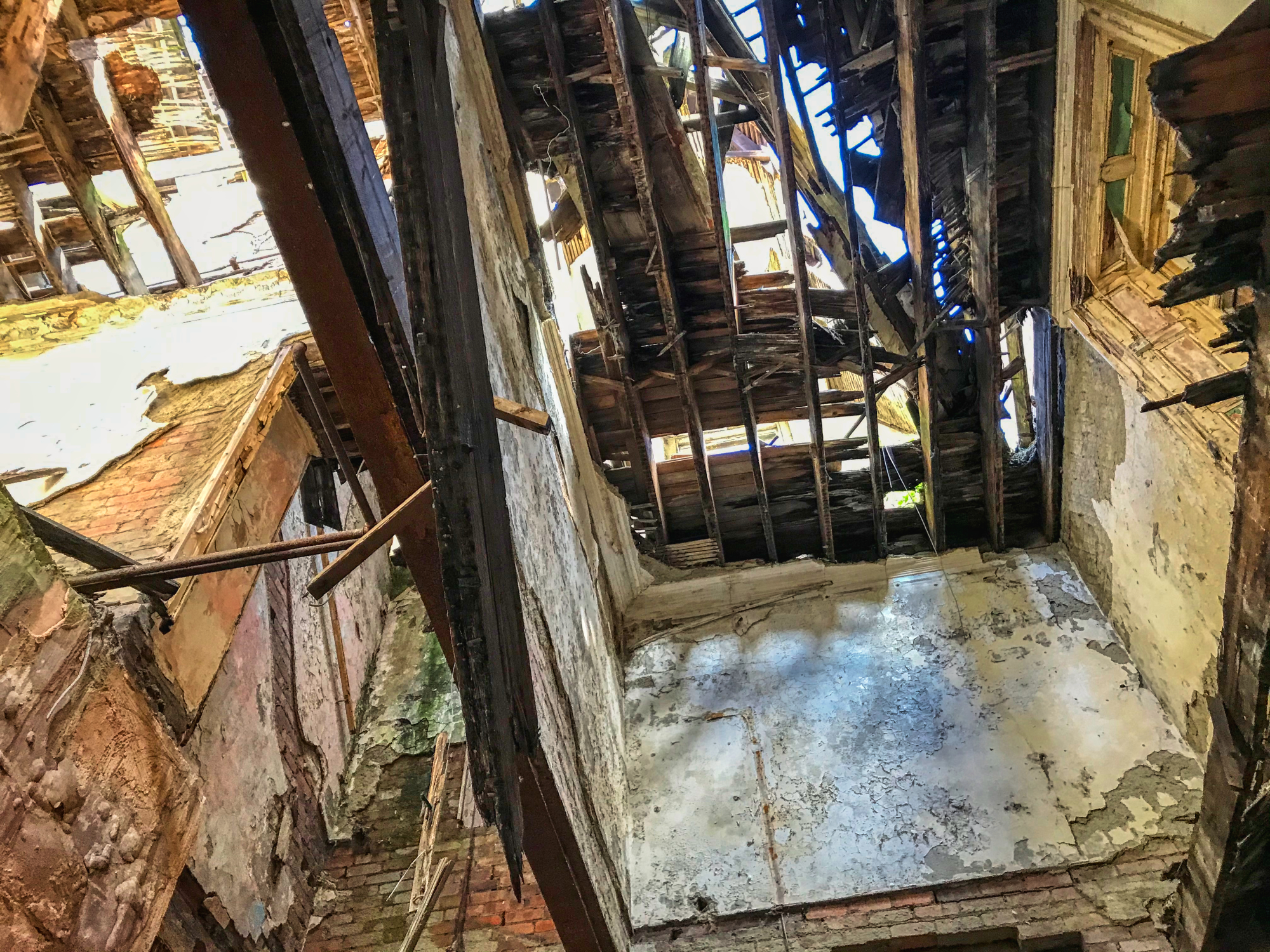 I could have climbed up to the ground floor but beyond this rafter was nothing but fresh air. 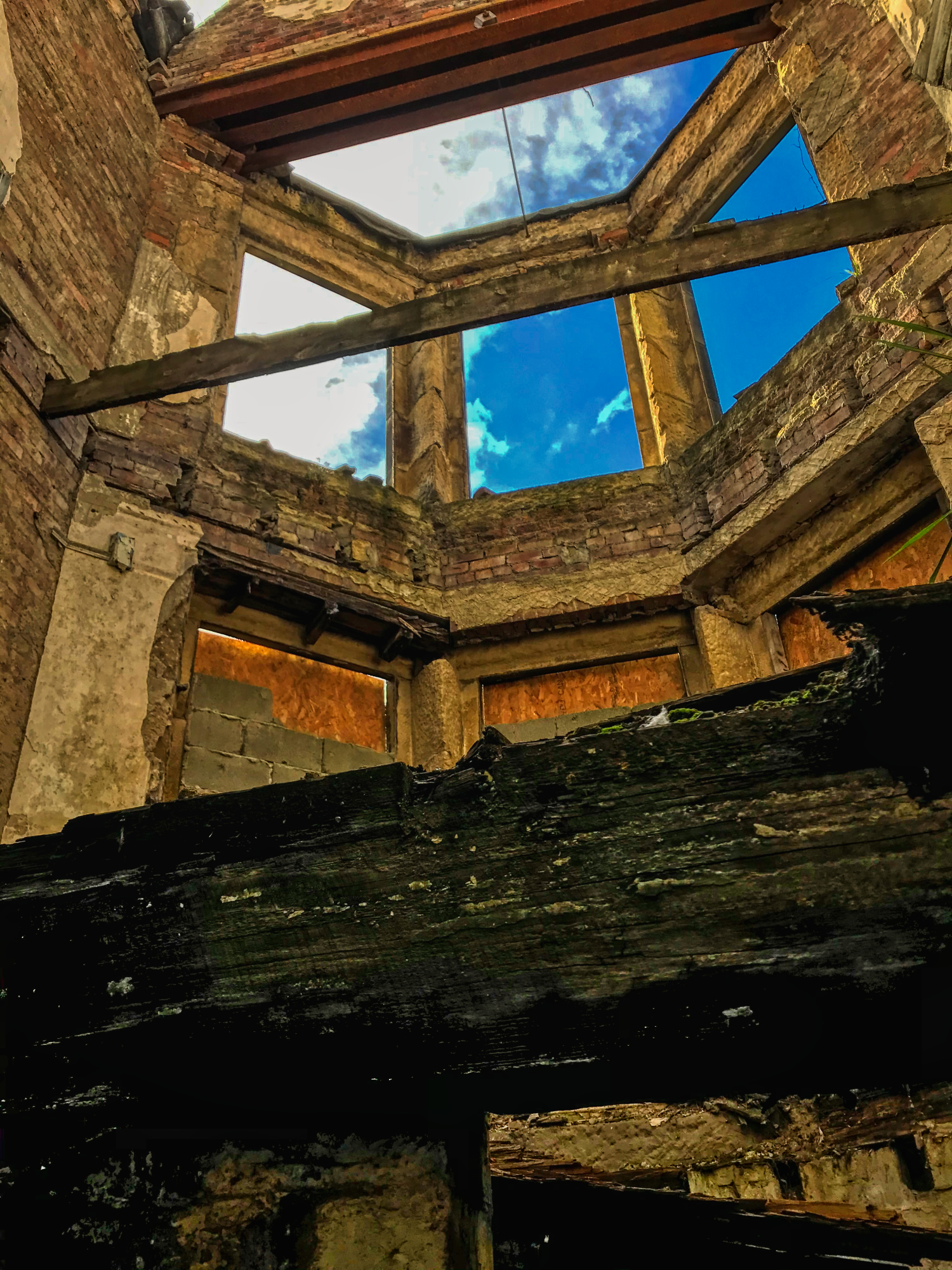 This was the climb out. It was a bit of a struggle, but one has to think of the benefits of my waistline. The harder it is, the more calories I will shed.

The grounds of Claremont House were extensive. I read there somewhere there was a Tennis Court, but failed to find it. 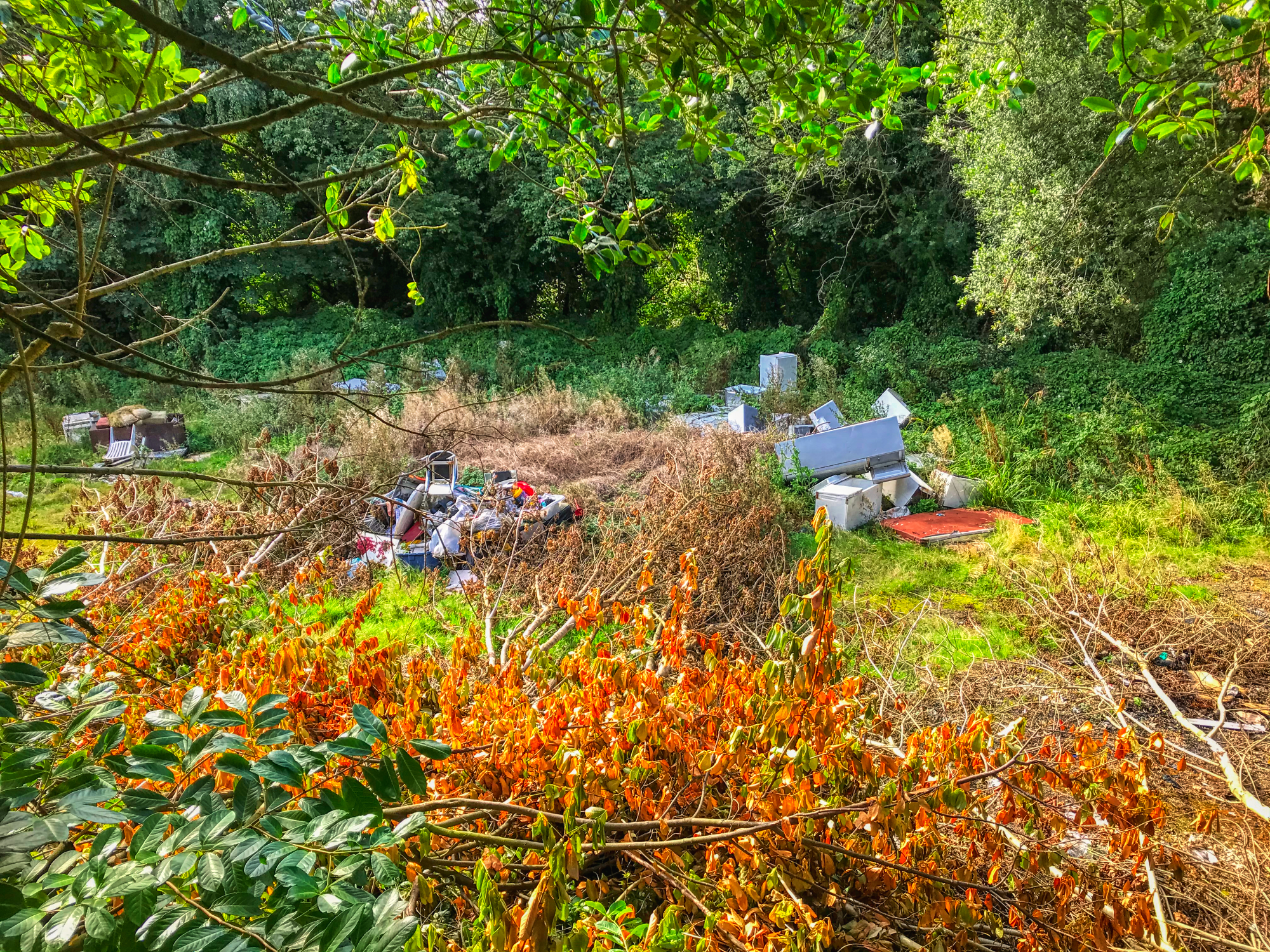 Are these white goods more evidence of fly-tipping, or was it to keep all the beer cold during those old days.

Getting down there was tough, with masses of brambles in the way amongst, trees, and logs. People dump their shit anywhere. There are tips one can use for free in the UK so there is little need. 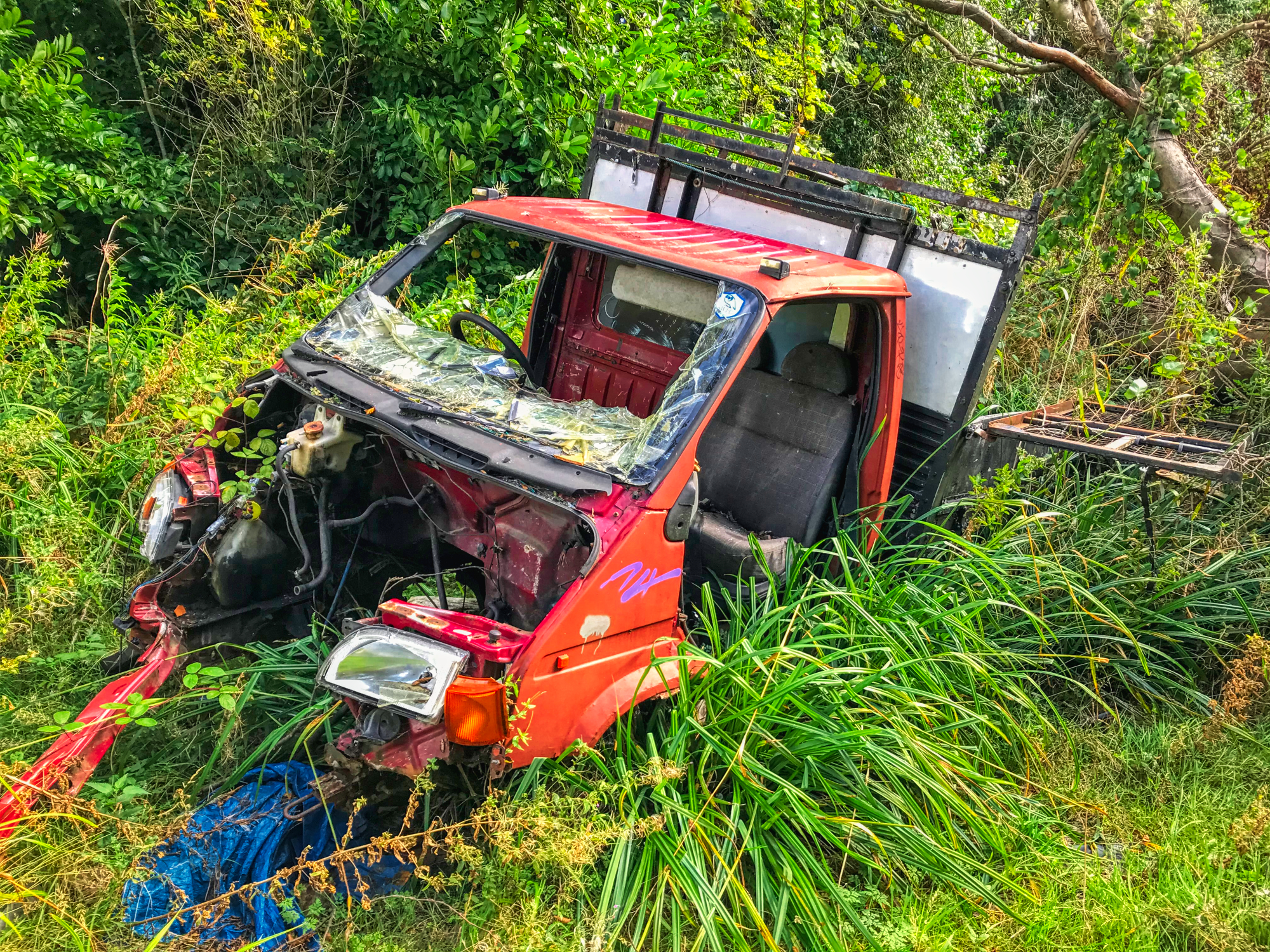 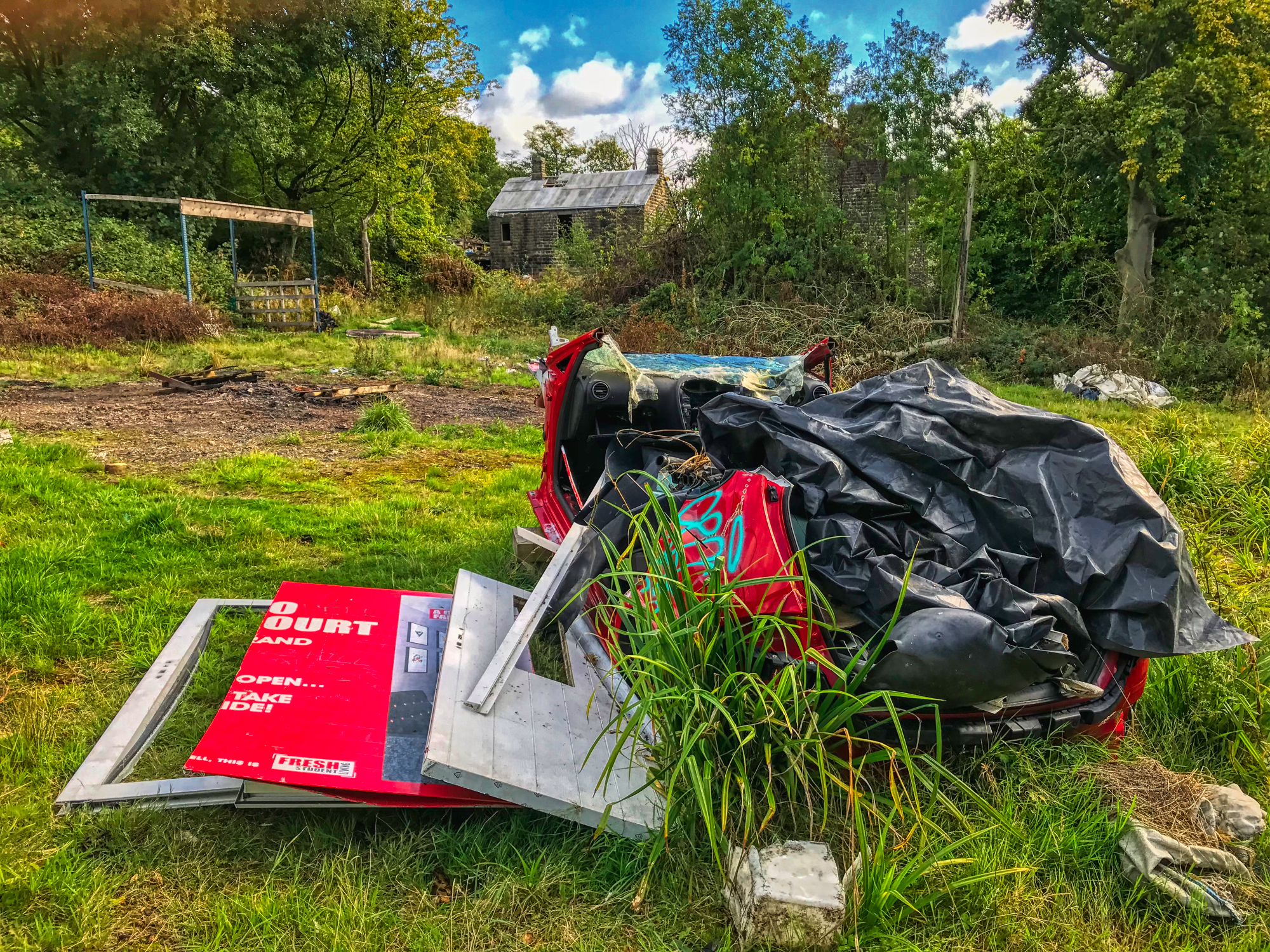 Even old vehicles make it into the grounds of Claremont House. Why dump them when you can make a little from a scrap yard? This is not the skeletal remains of a Jurassic dinosaur but the old conservatory. 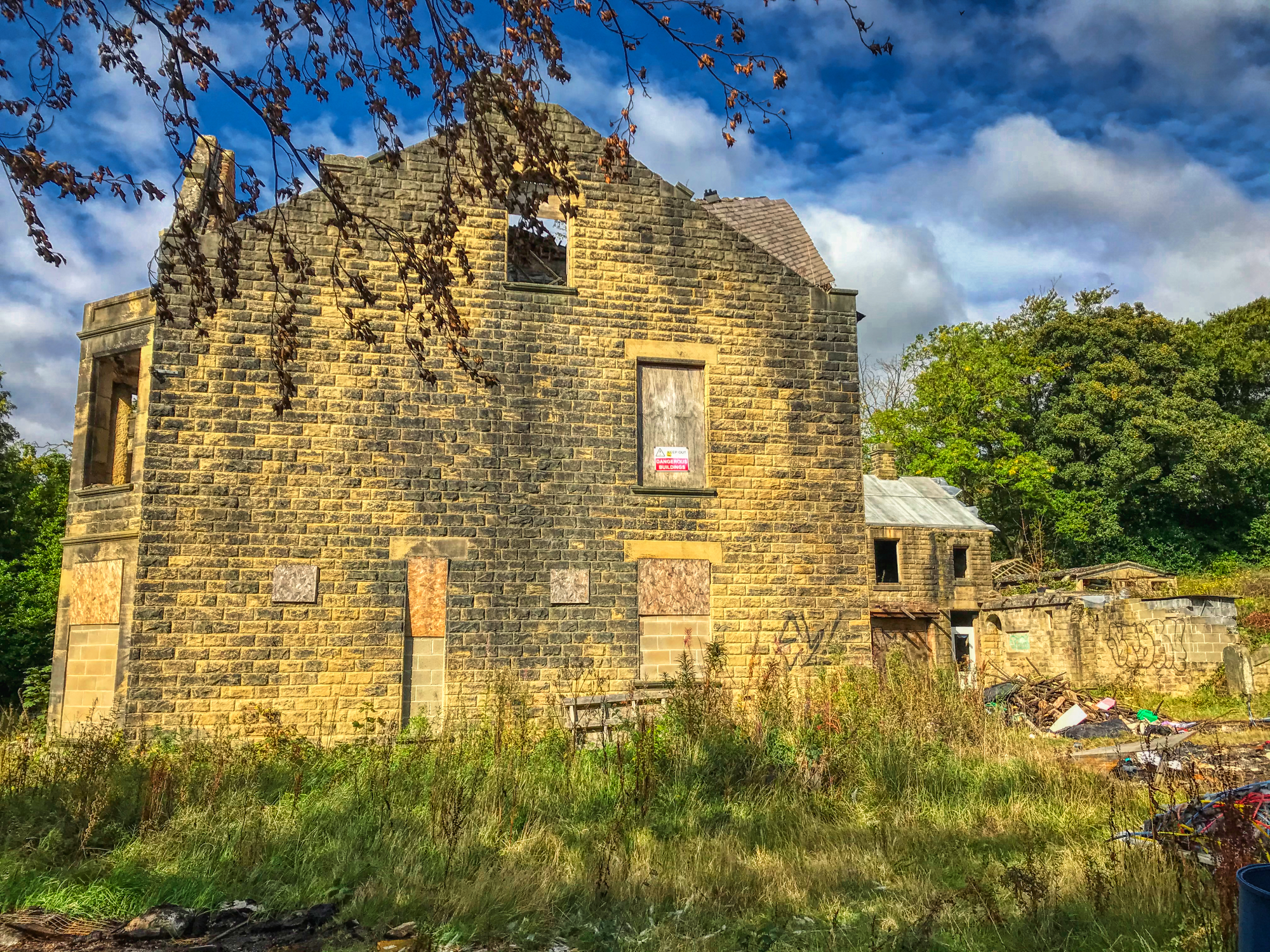 We left with the familiar feeling of 'what a waste'. This is another relic of the past that may never reclaim its former glory.

Just think how skinny and whippet like this urbex last l lark must be keeping you! Without it... Will, let's not go there.

Social clubs were so often in big old grand houses. It's quite bizarre. Shame that one is goosed

Just lately my fat levels have been tested. At a Fire Station yesterday I had to breathe in hard and hold the bulk in to get past a gate, that and the bloody barbed wire, was most inconvenient! I think !WINE died, I really do.

I have been tested on the tubby levels too. Really need to sort myself out for the summer!

We can !WINE and hopefully the gods will hear!! :0)

That is a waste. It looks like it could have been a really awesome place at some point in time. At least architecture wise! I wonder what was actually on that CD that you found. I couldn't understand the titling on it. I know you did this one a while ago, but hopefully your next one is better!

Blame Sheffield, it's a wasteland and I have not even got to the Urban areas yet. I will make sure the next one has a little more inside, can't do wrecks every post I suppose.

No biggie! Don't worry about me. I just feel bad for you!

I take each one on its own merit. The great thing is there is nobody telling you, you cant go there or over there as its too dangerous.

I always look to see what I can find in the older ones. An old penny, some ancient writing, they are all good.

Hiya, @lizanomadsoul here, just swinging by to let you know that this post made it into our Honorable Mentions in Daily Travel Digest #1171.

What a waste, I tell you! @slobberchops
Well, I'm sure many of these wastelands won't remain so forever. Humans would find a use for these things one day. Maybe not in our time.

Looks like the overflow to a council tip. And a death trap derp

And a death trap derp

Oh.. I have been in a lot more dangerous ones than this. Keeps you young!

Another great post mate, it puzzles me why idiots have to ruin things, like dumping their shit everywhere or setting stuff on fire.

All these recent ones are in your part of the world. I saw this dumping of white goods at the old Ski centre as well as here. Must be a thing in South Yorkshire.

Sadly it seems to happen more and more, even in laybys on lovely country lanes are ruined by these people, I wonder if they are the same type that pick dog shit up in a bag then throw it down causing even more pollution lol

Wow, I love these photos man! That place looks about ready to collapse in the next few years... so little holding it together!

They made these buildings very well over 100 years ago. It never felt like that inside, so long as you avoid touching the beams.

Jeez, we need building quality like that in Canada! hahaha. My old farmhouse has been abandoned for like 10 years and it's already sketchy as fuck to go into it feels like.

I like the architecture, it has an elegant touch to it. It is a hot mess though, so much stuff sitting around. Maybe someone liked music lol I was thinking when I saw the music sheets. And it is with a song about Easter, oh well isn't that jolly lol

I visited a little late, there was a lot more stuff hanging around in that garage once. I couldn't find very much.

I love exploring old buildings like this. I used to do this as a kid and still do it when given the opportunity. There are online groups that do this for fun on the weekends. I need to make time to join some of them.

The hobby is exploding here, which is not so good. You need to watch for the cops all the time, and while it's not technically criminal, they will tell you to leave.