It's not often I get to see a medical centre. Most of the old hospitals and lunatic asylums in the UK have already been demolished.

I got into this game a little late to see a good one though there is a sole large one left I have my eye on. For now, I will have to whet my appetite with a derelict independent house conversion surgery that has been abandoned since 2018. It’s been doing the rounds and I tracked it down quite easily using google maps. Though small, it seemed there were quite a few items of interest within. Getting over a small wall like this was easy enough, just do it when the cars are not going past. One of them may be an off-duty cop who would stop and jeopardise our visit. The cops ALWAYS stop, regardless of their duty status. Once inside the grounds, access was quite simple though a little climbing and agility was required. Gloves are recommended if you want to keep your fingers. 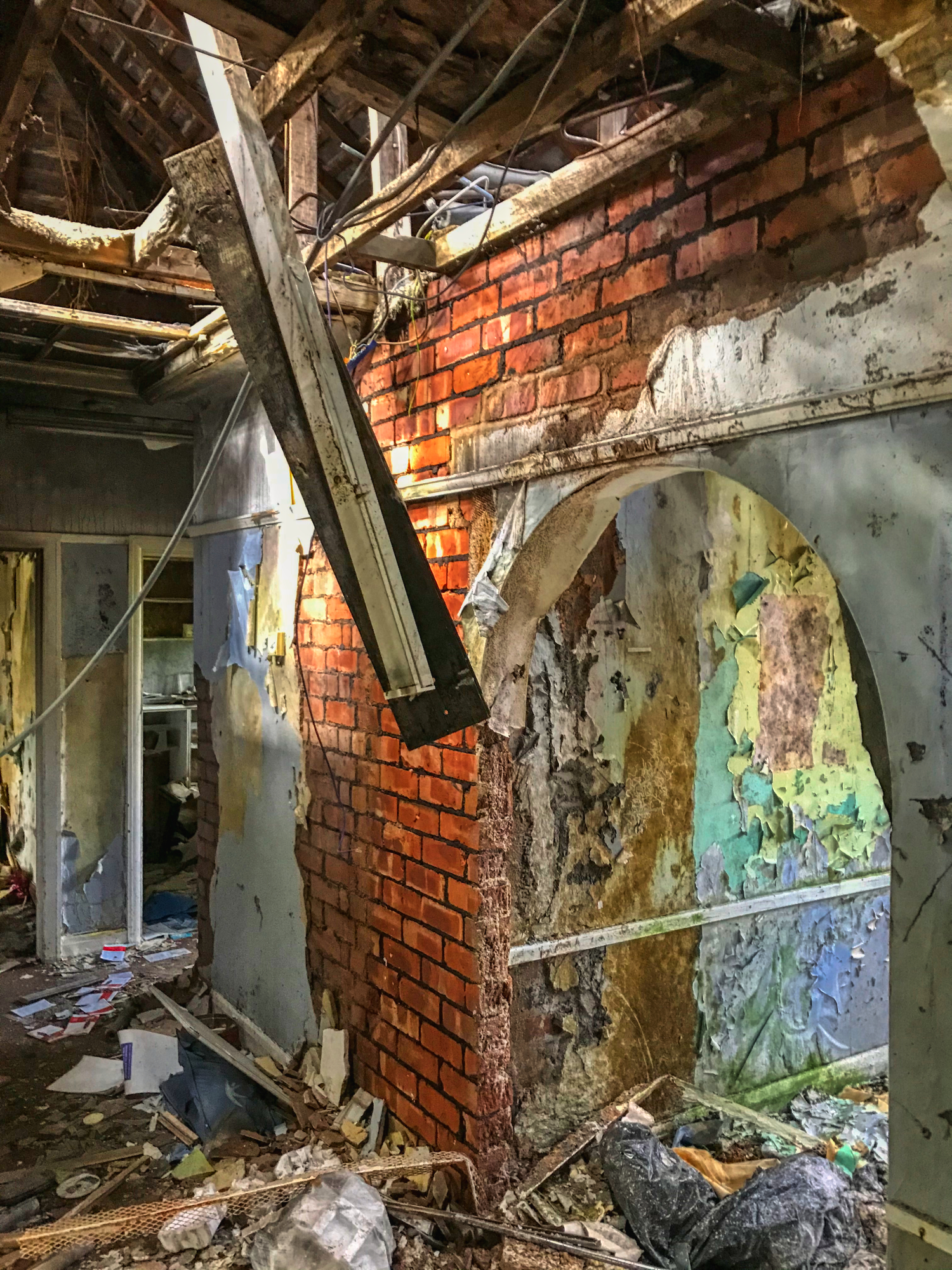 “It’s been abandoned for just three years”, I said to @anidiotexplores who was snapping away at anything remotely interesting. 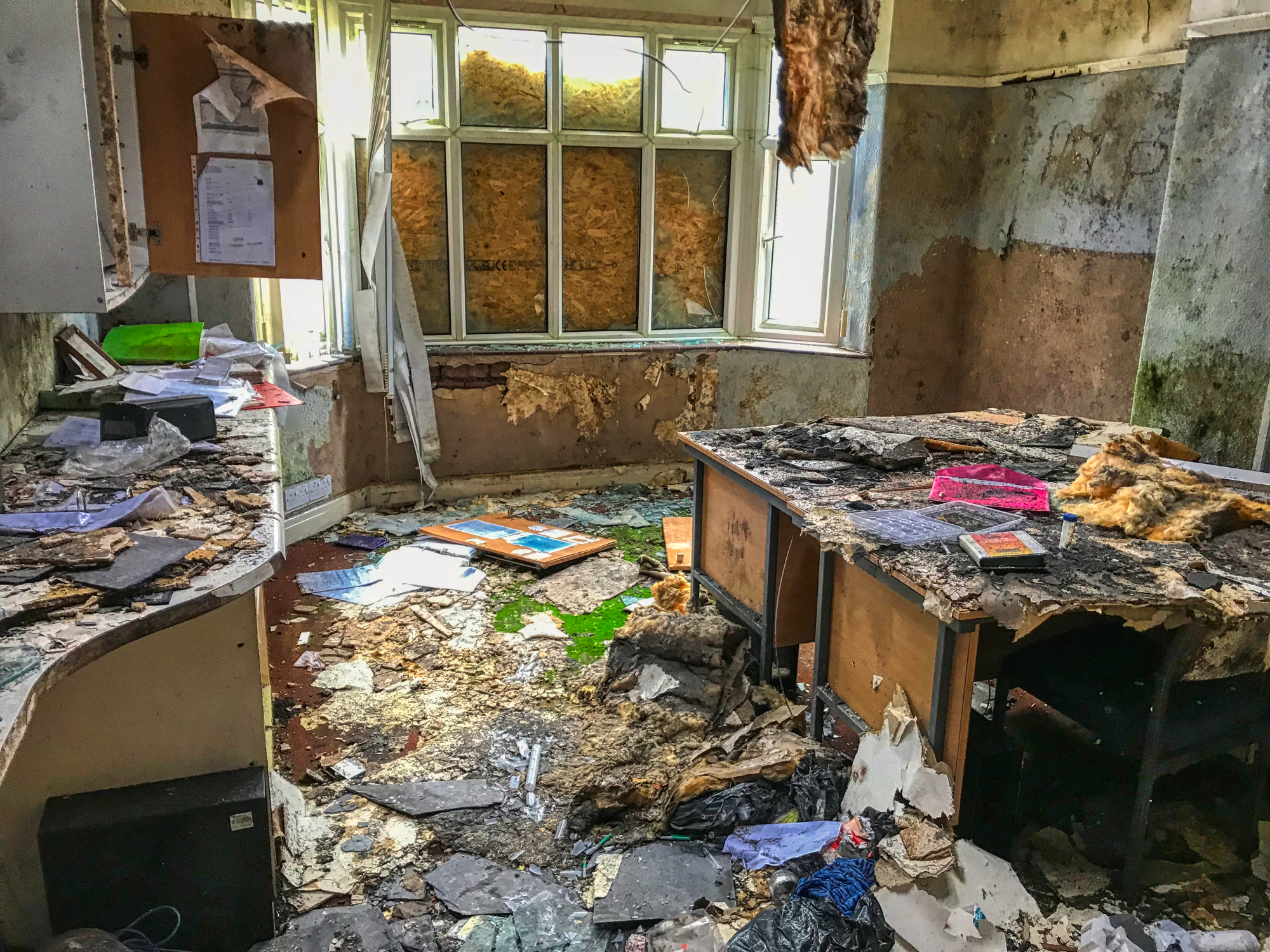 The statement was in contrast to what I was seeing. What a fucking mess! It should be a lot better than this after only this amount of time.

Had someone deliberately made a hole in the roof? The property appeared to be a bungalow and a small one at that. It used to say 'Reception' above the serving hatch. Some twat has pulled it off. This is where you would ask to be seated and wait for Dr. Rafique to see you. 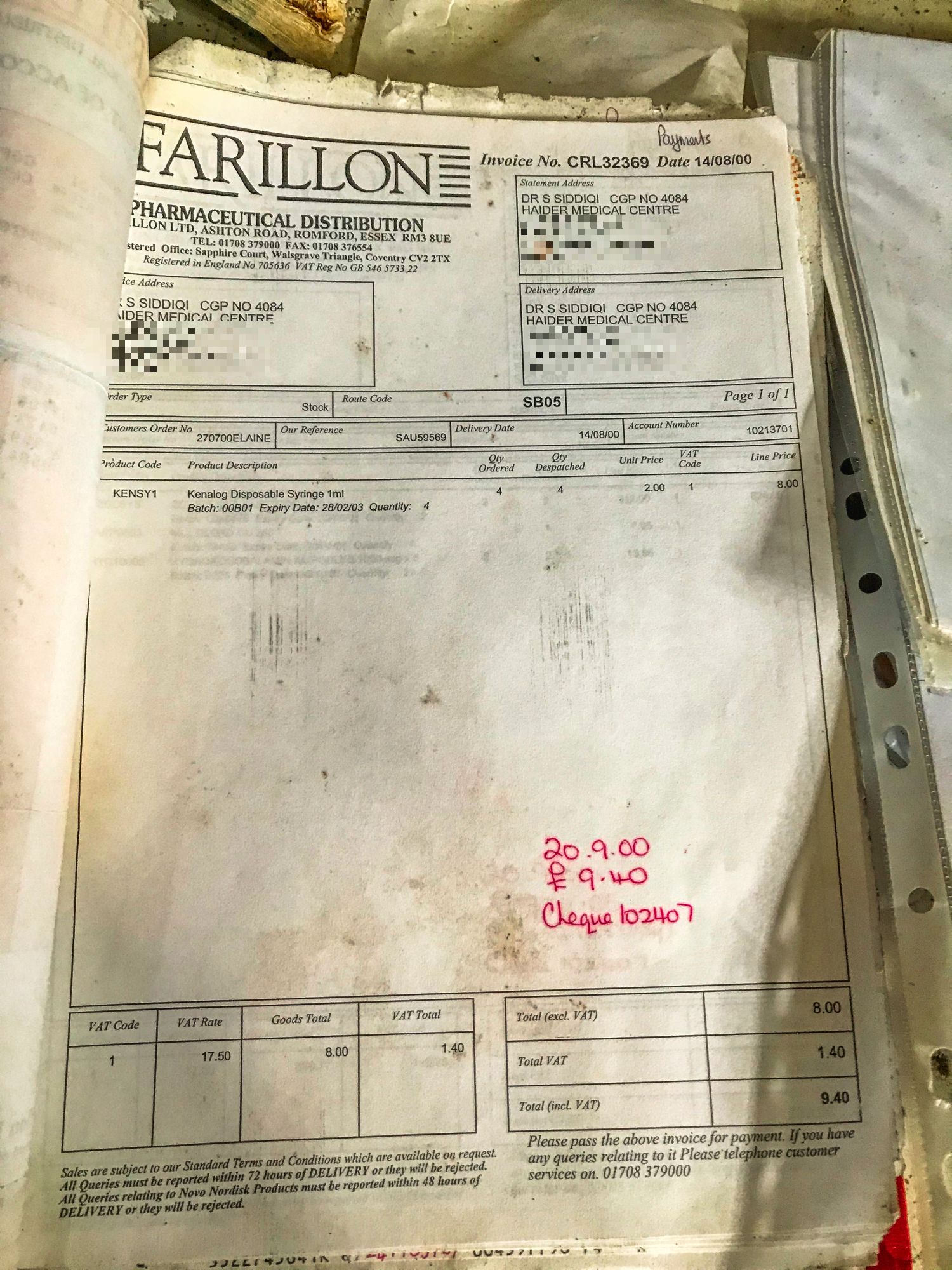 As far as the previous GP is concerned, he absconded to another nearby surgery under a veil of rumours that were circulating within the community. 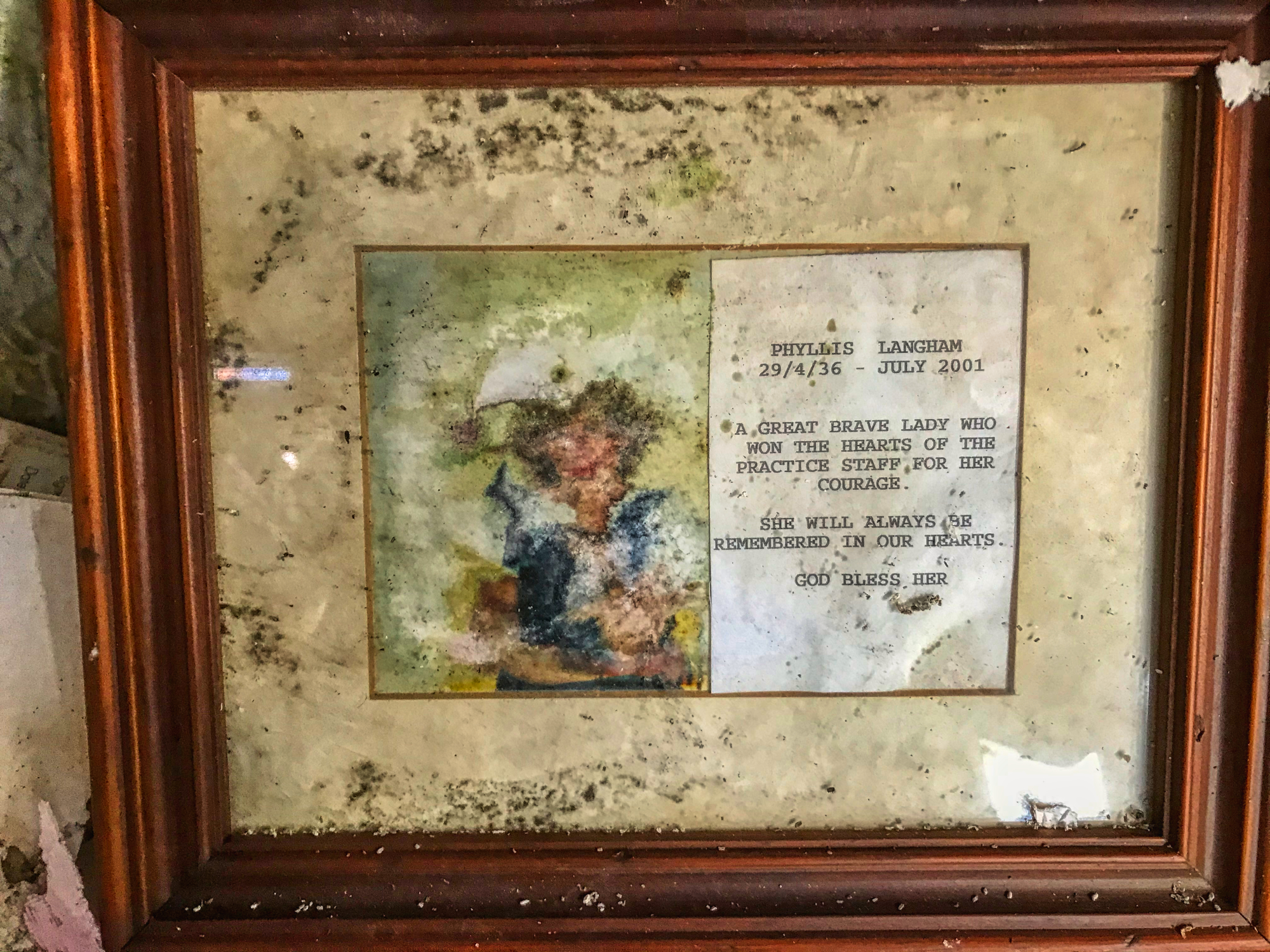 Dr. Rafique had run into difficulties with the GMC (General Medical Council) due to several cases of misdiagnosis. What better to do than leave, and leave all your stuff behind! 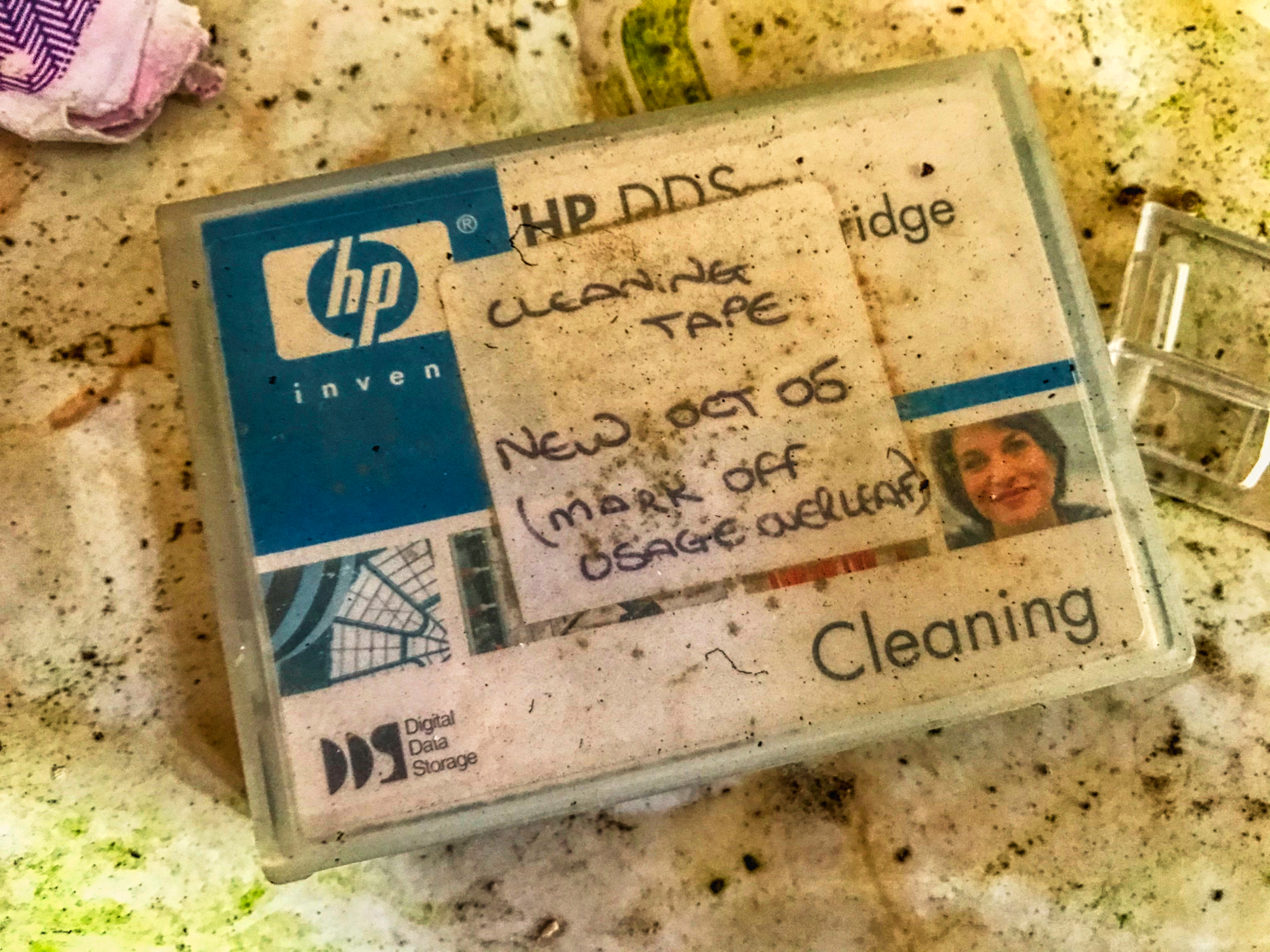 I wouldn’t say Haider Medical Centre was teaming with old confidential medical records but I did spot a few things that should not be left behind. 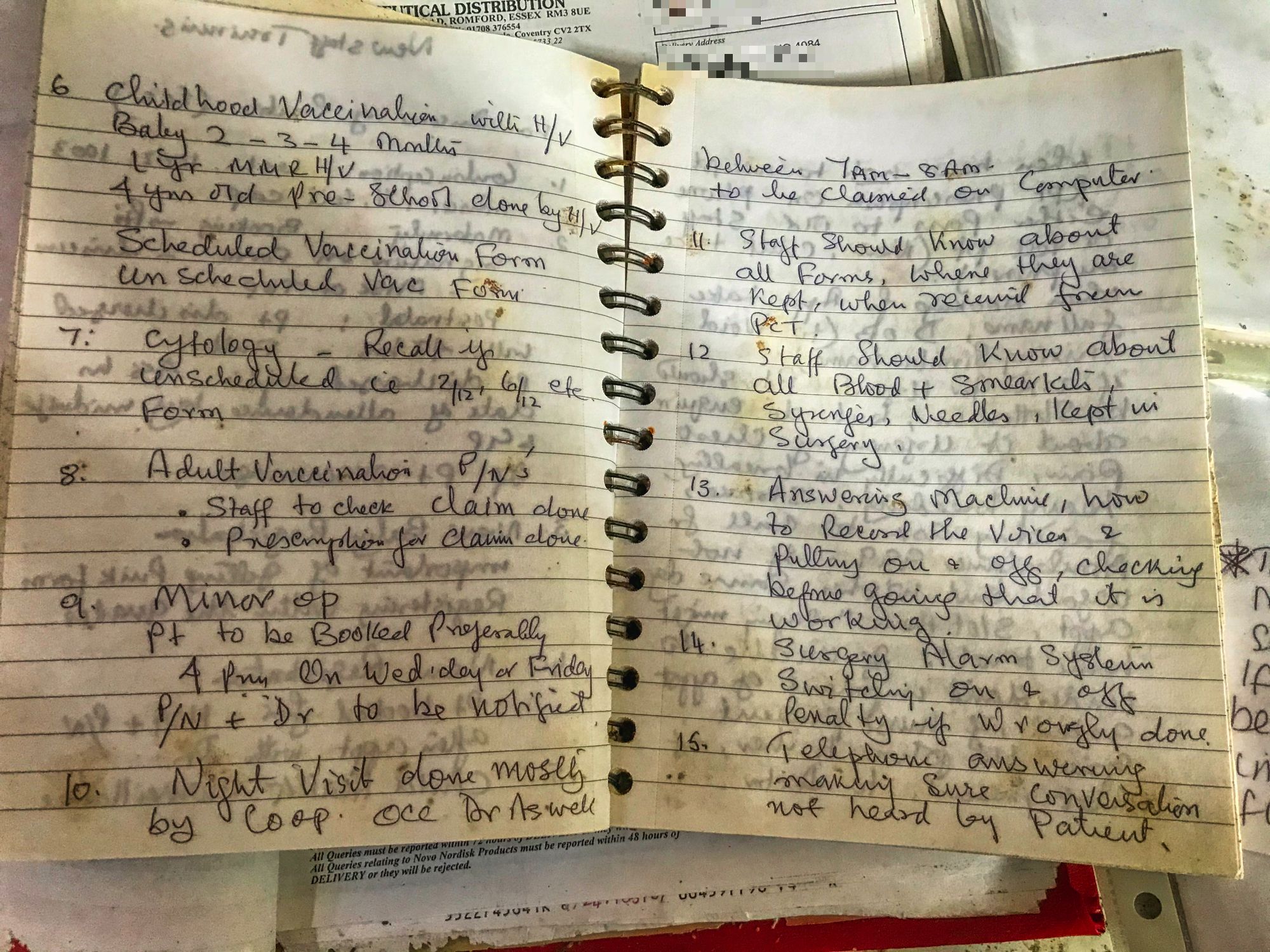 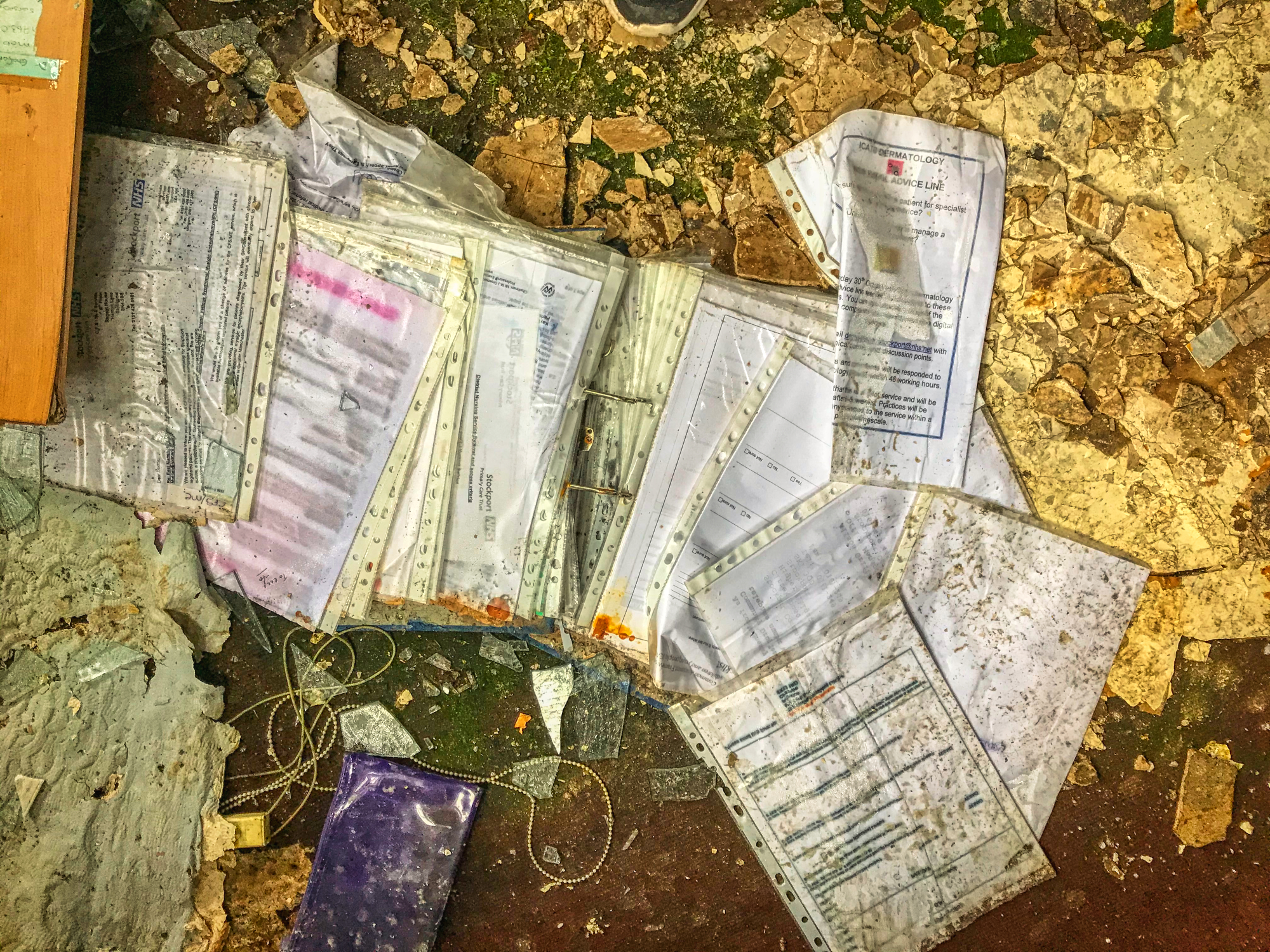 There was surely some confidential stuff left in all that grungy shit on the floor, but I was not going to pick up all that to rummage. It was wet, soggy, and urghhh.... 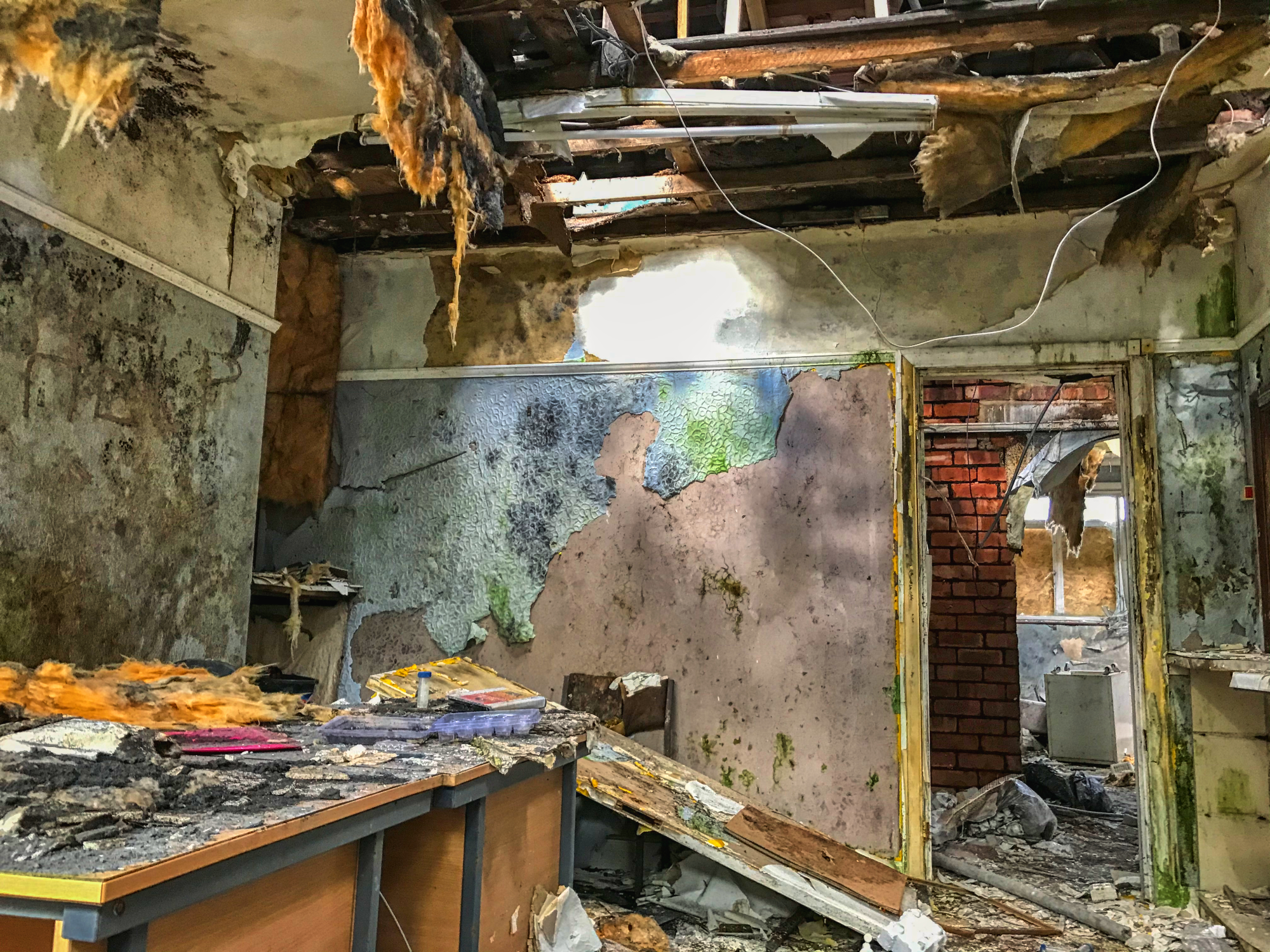 If it’s gotten in this state within three years, it will be collapsing within another two. This must have been the waiting room. There's still plenty of decaying books for the kiddies to read while waiting for their appointment. 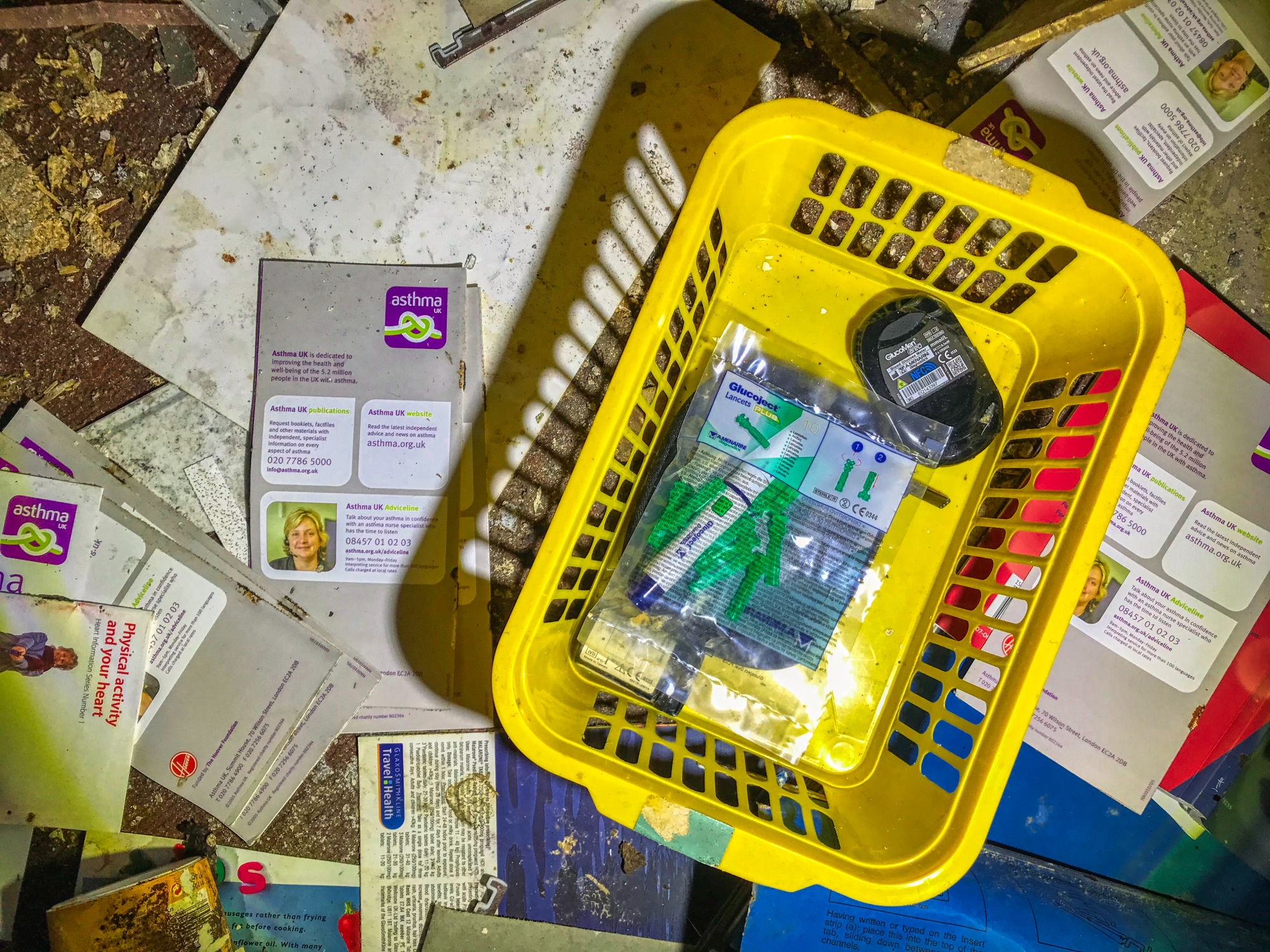 Some of this medical equipment was unused. I checked out what this was used for. 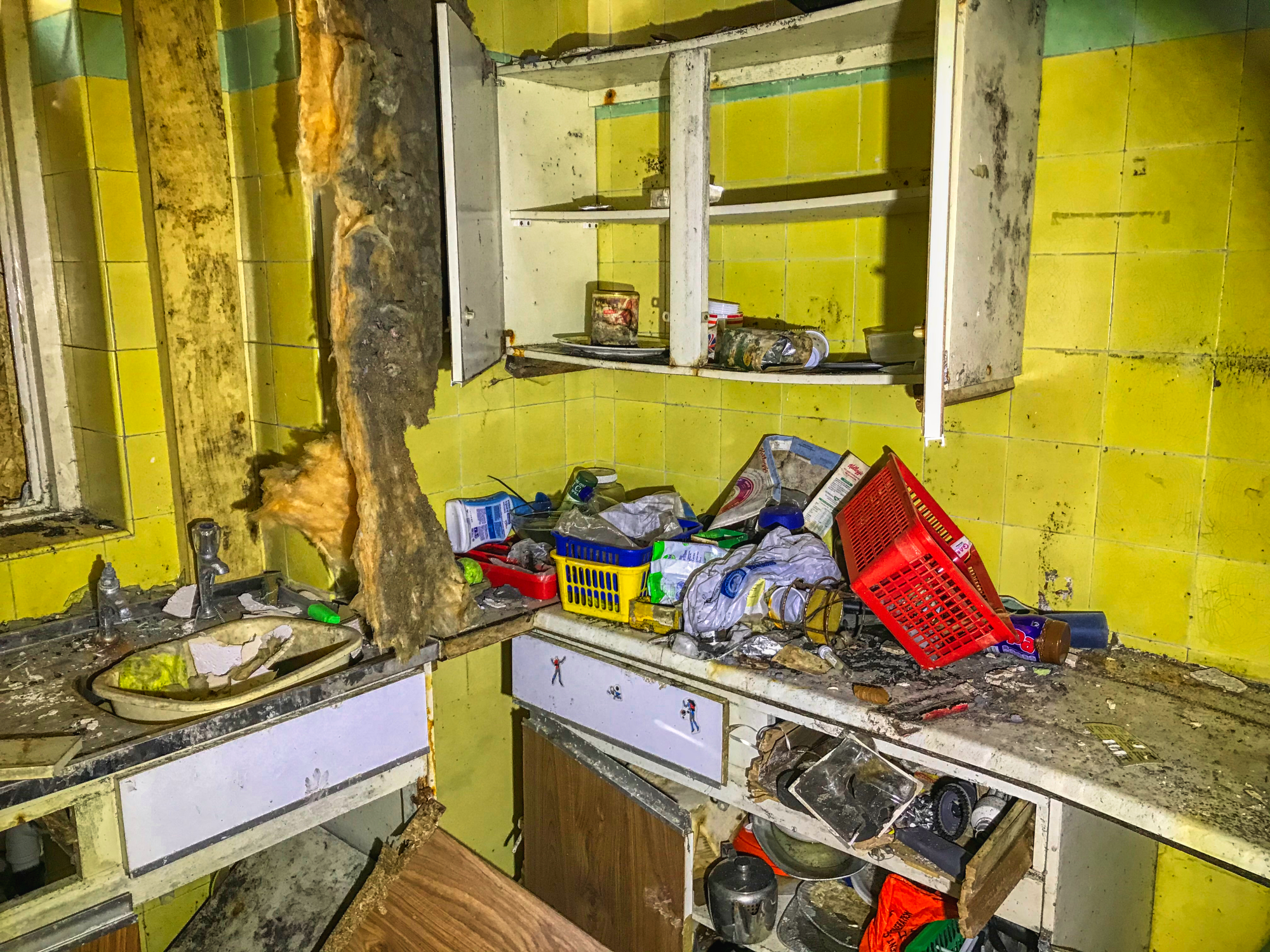 The kitchen was a tad untidy. Someone needs to wash the dishes and it will be as good as new. 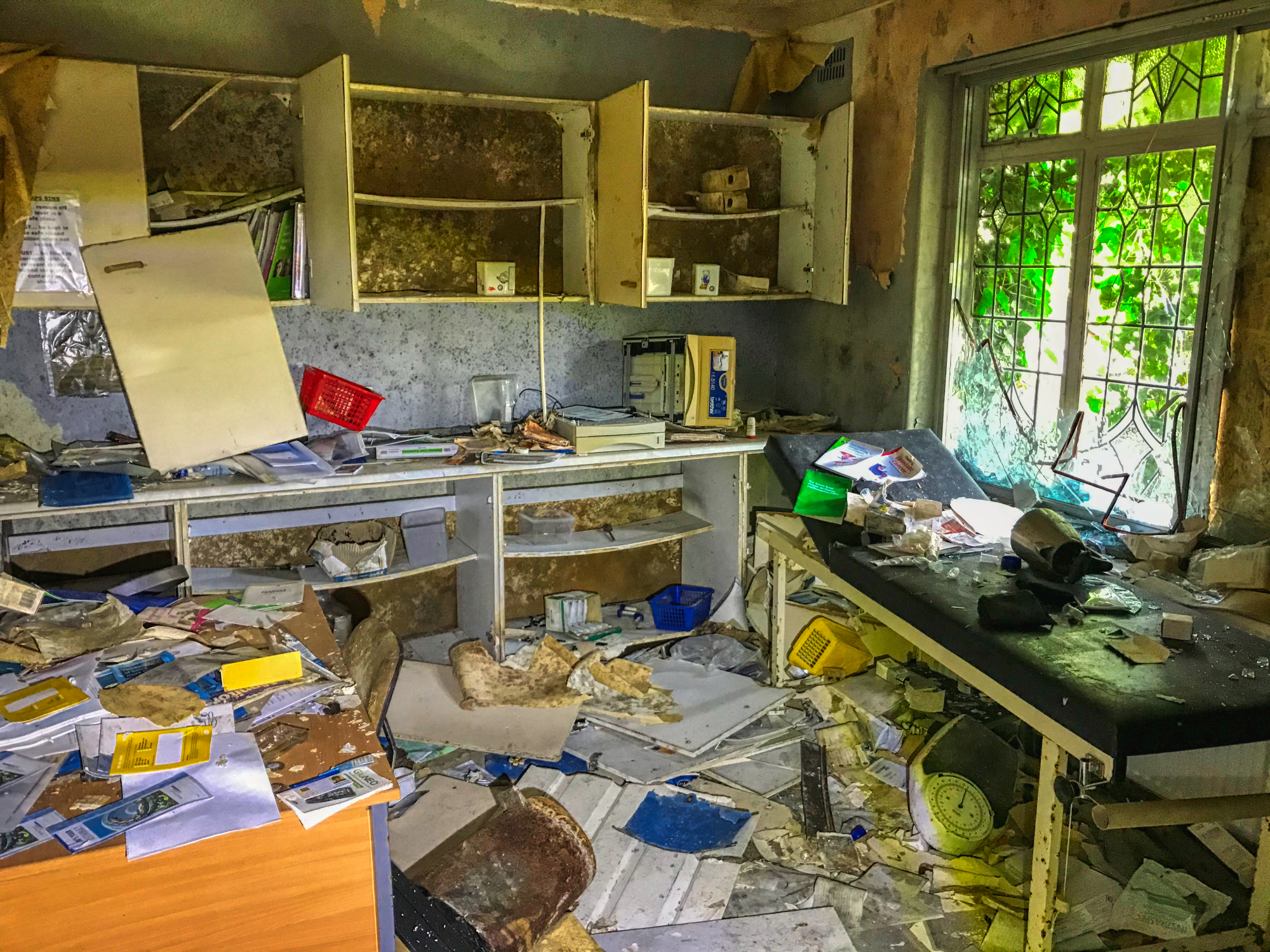 The larger room in the back area held a lot of items. The reclining bed indicates to me this is where Dr. Rafique's office was and where he did his examinations. 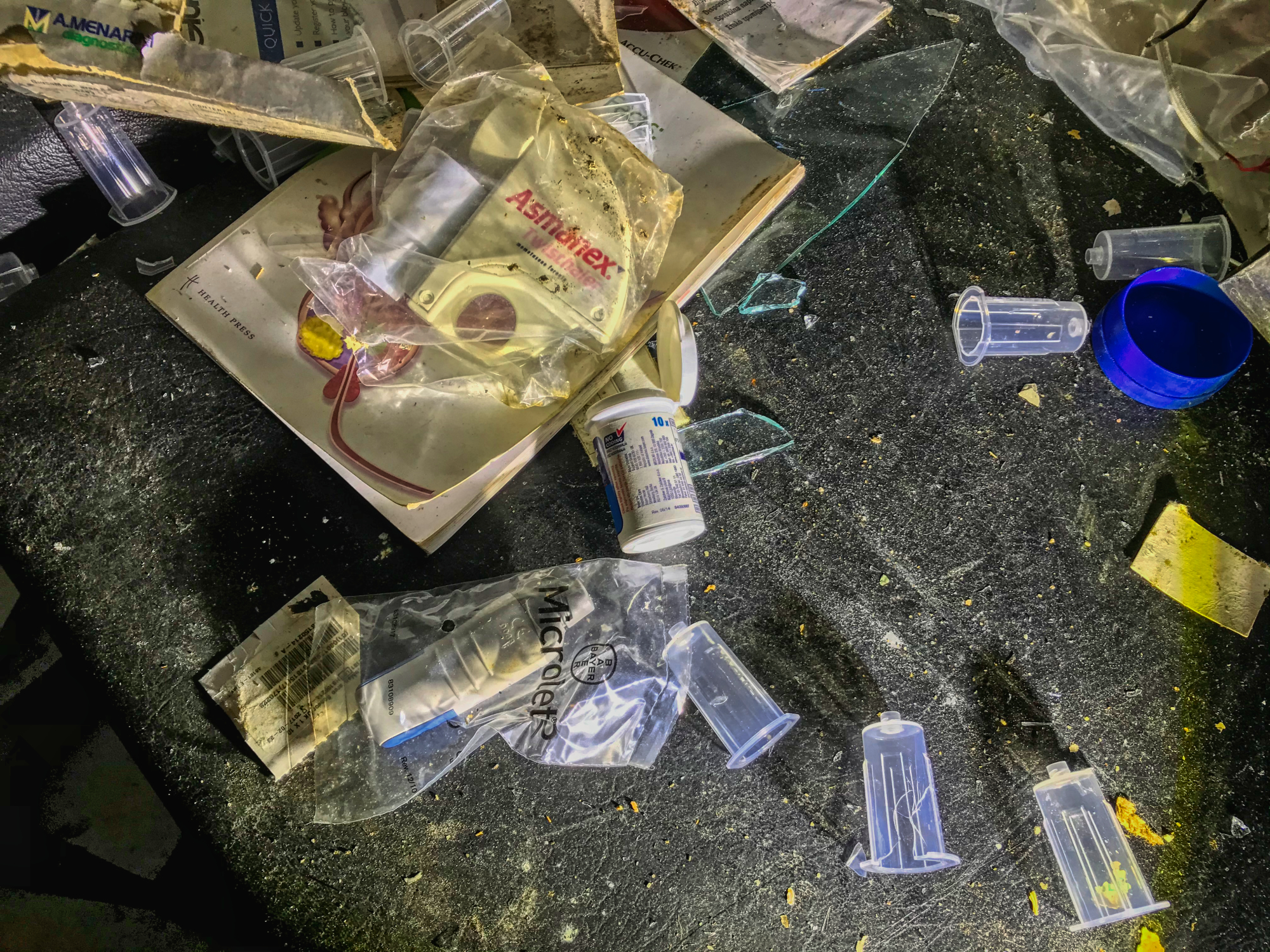 Having little medical knowledge I am unaware of what most of these items are used for. The contents were probably in better shape than the severely moulding outer boxes.

Lots of blank prescriptions; the cost of medicine is the same per item regardless of what you get. You do need to persuade the doctors to give you more so it costs you less. 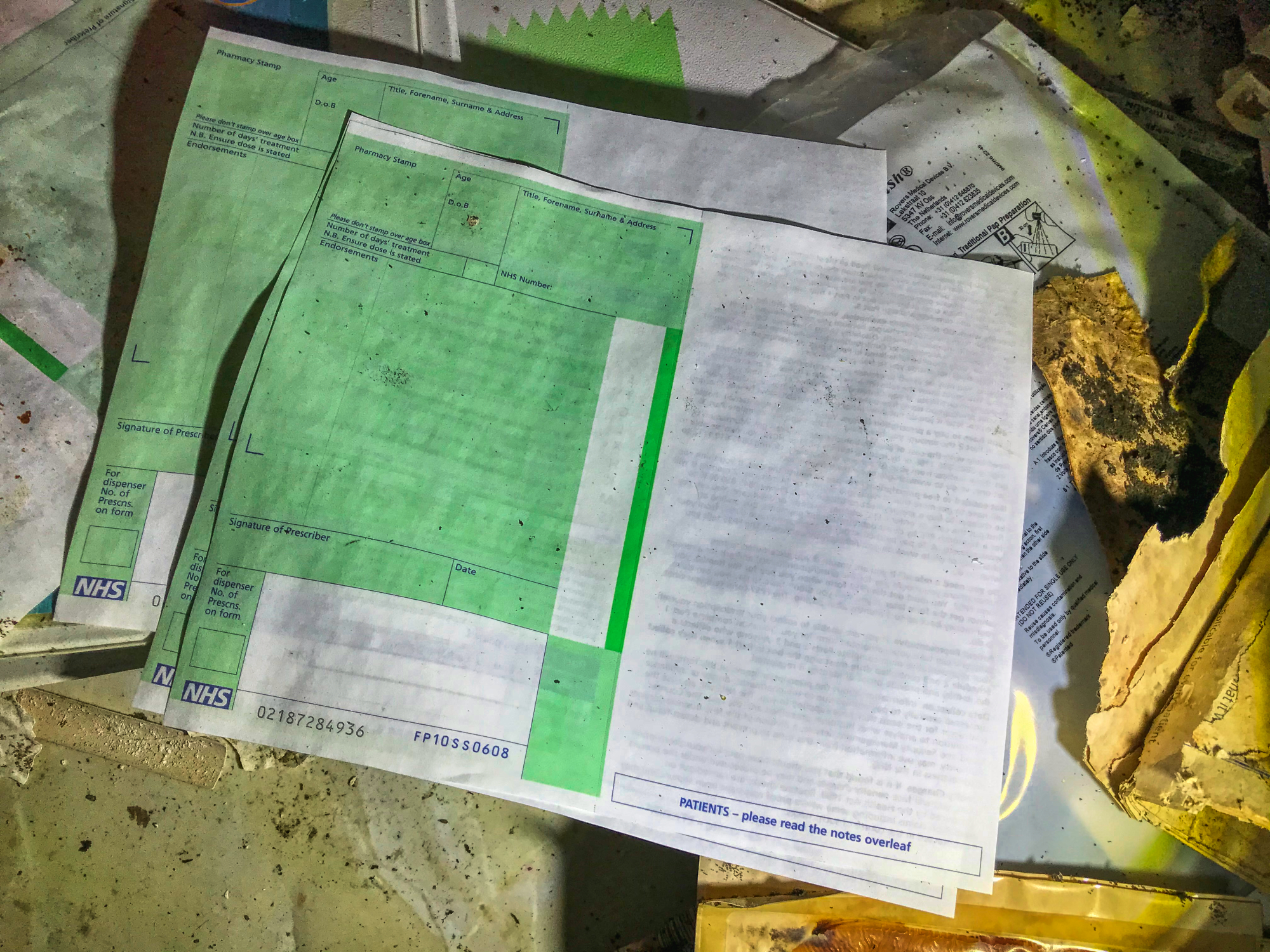 Take one of these filled into a pharmacy and you get the drugs, all for just less than £10 per green form. 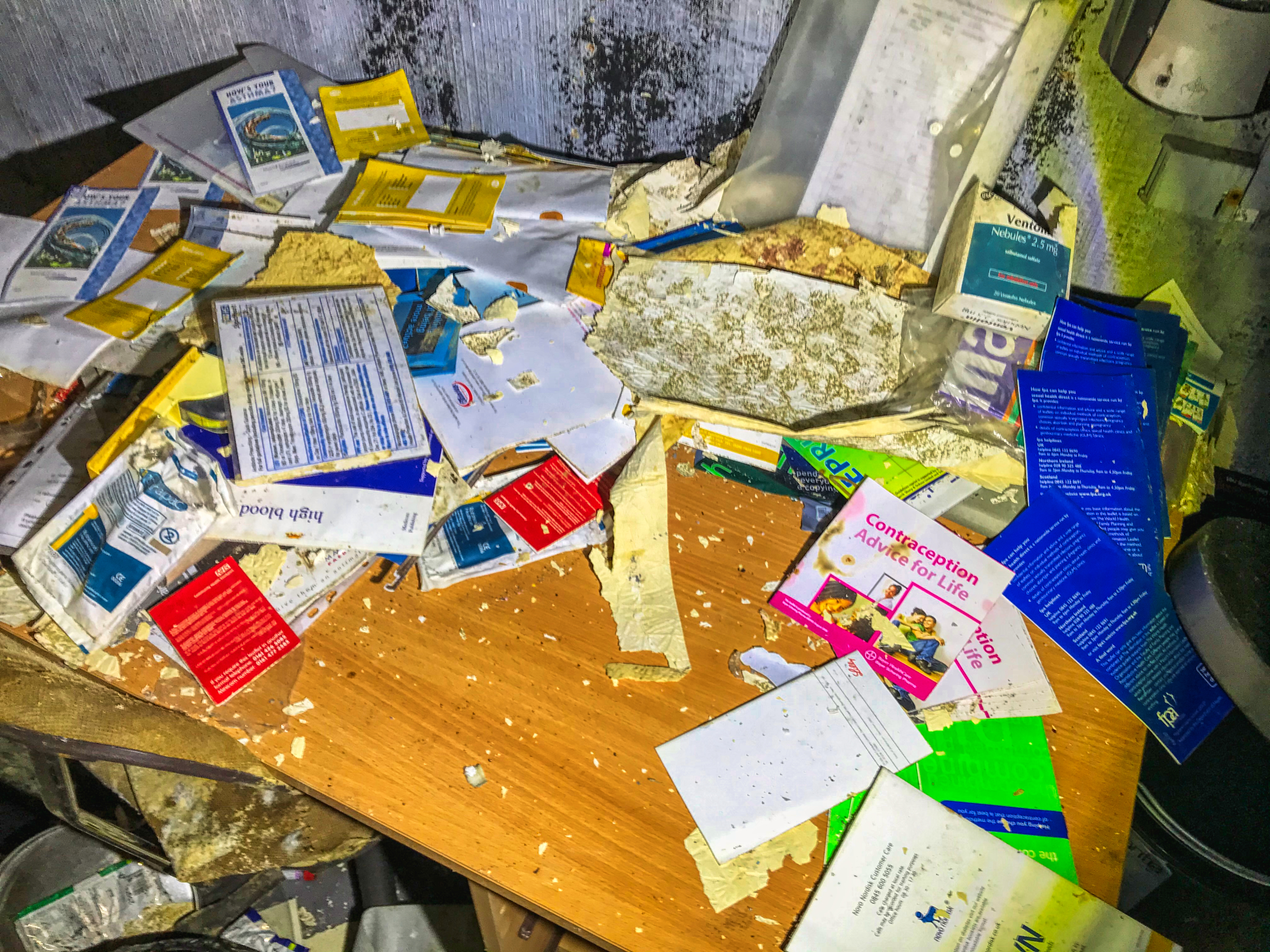 If you live in Scotland or Wales, you get your stuff for FREE. In England, we get ripped off and have to pay.

No doubt there were some drugs about. I could be a lyric writer with a line like that. 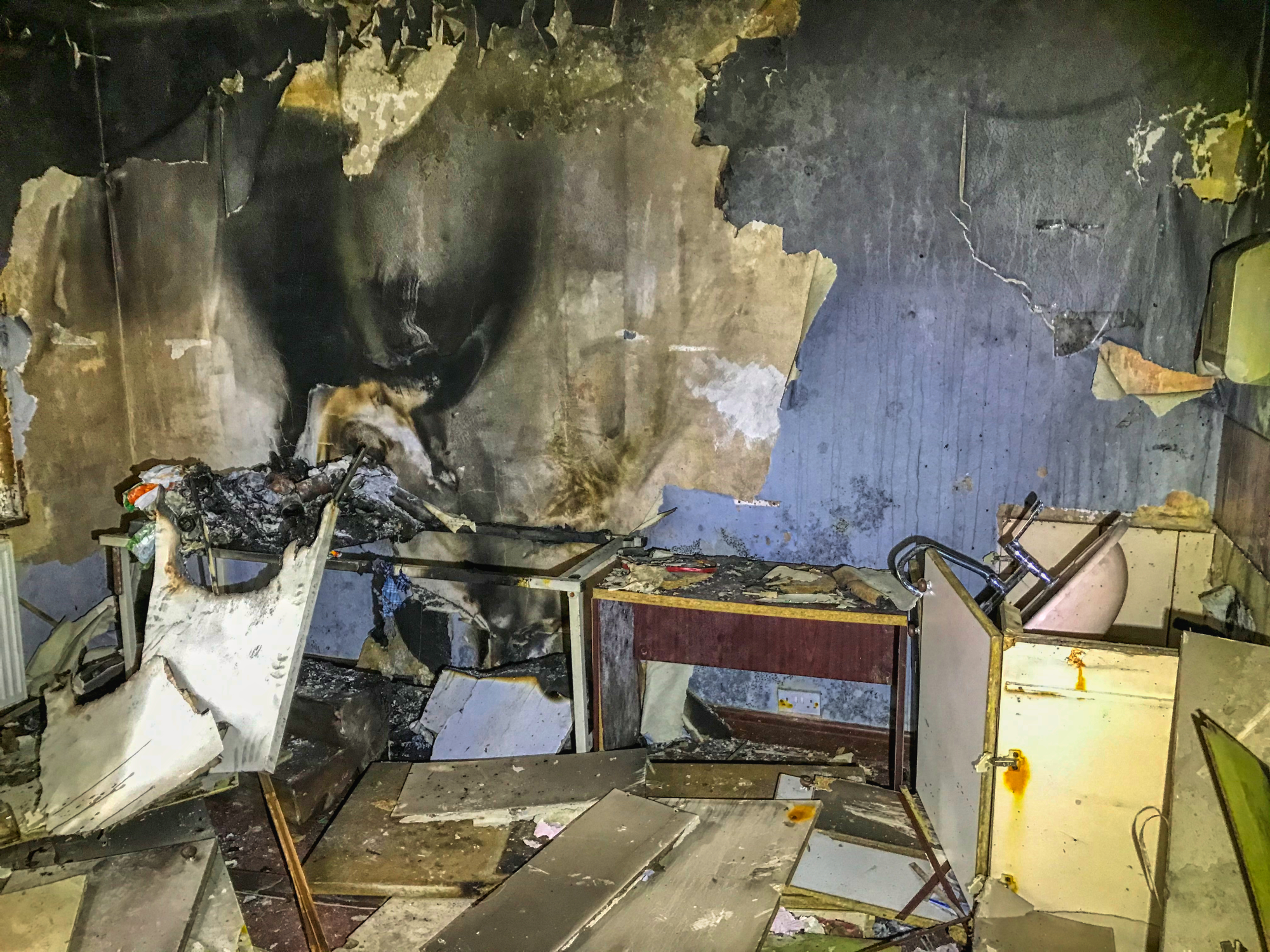 Someone always has to spoil the party with a fire. 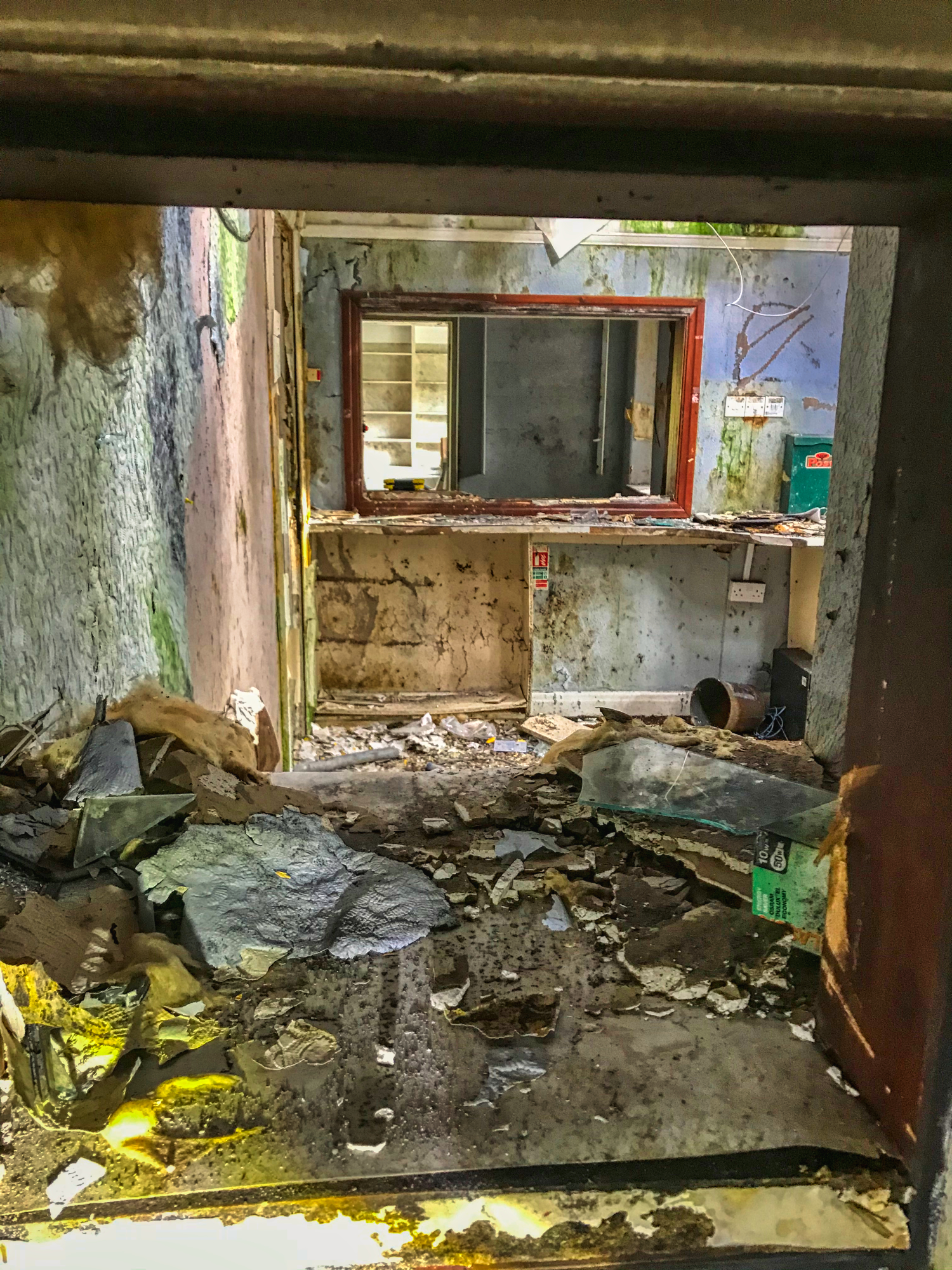 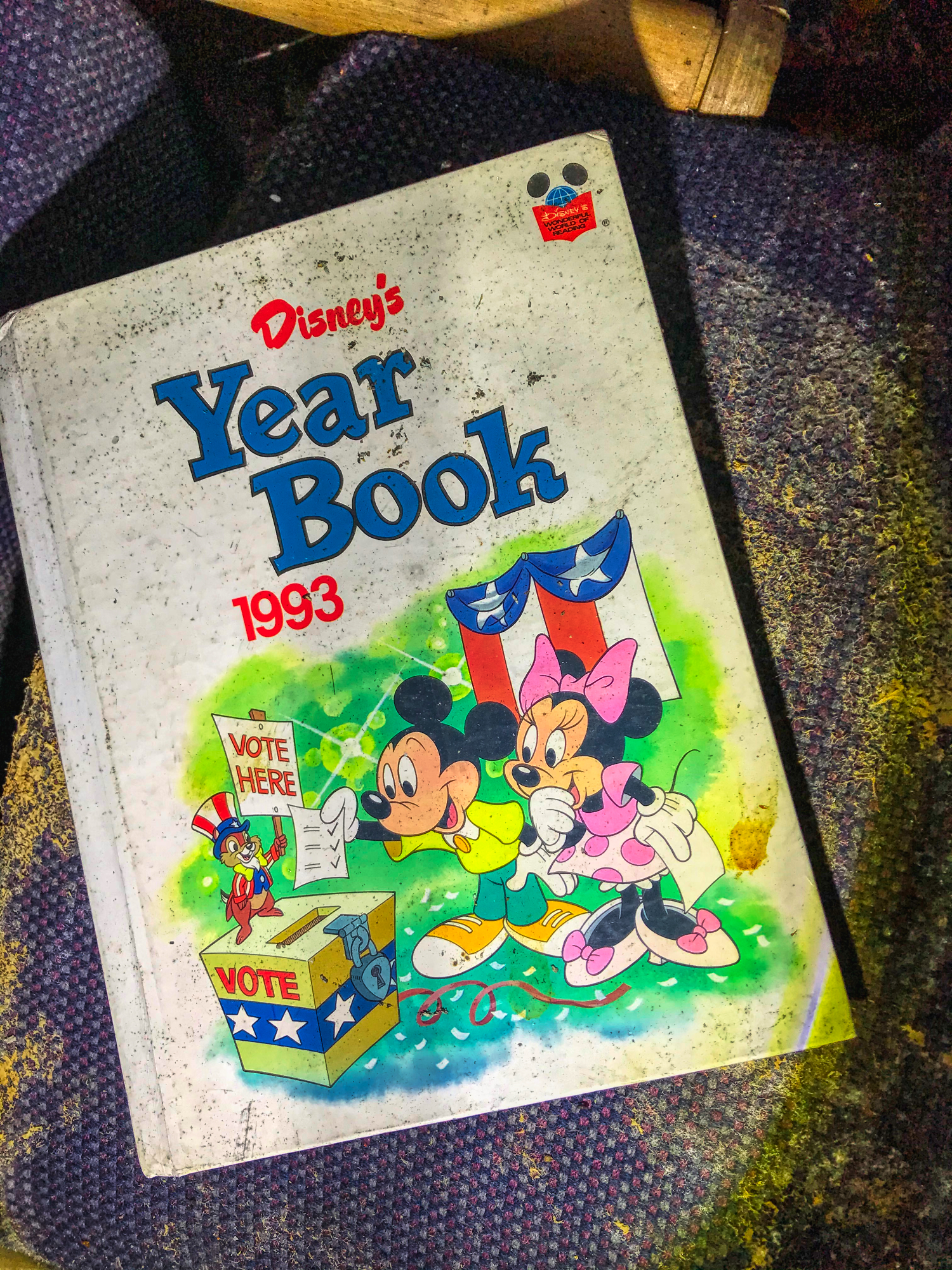 Some great retro entertainment for the little ones. On impulse, I used the hand dispenser and was surprised it still worked. Vintage derelict hand wash is a little less pungent than in-date stuff but still did the job. 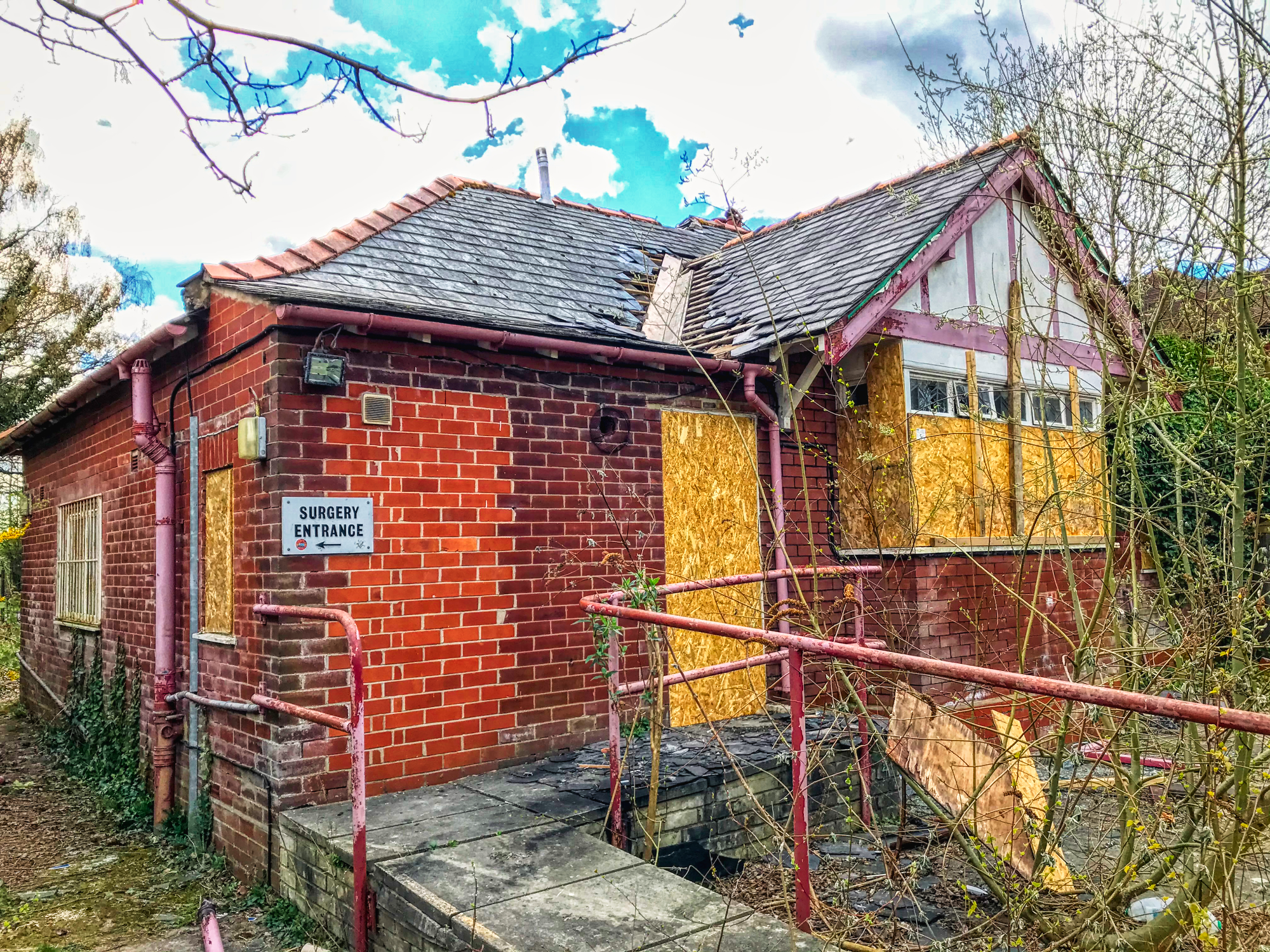 It was a little stickier than normal, but you can’t really complain, can you?

It's crazy that all that stuff was just left behind. That Disney book is probably worth something.

It was damp and soggy, as are most paper items in these places. Maybe once...

I wonder why they moved that door on the outside shot. You can totally see that it used to be in a different place. This one looks like it just needs a good fire to put it out of its misery!

This one looks like it just needs a good fire to put it out of its misery!

Well, you know what its like over here. A nation of arsonists. I wouldn't wish it on here, or anywhere.

That's a really bad one if it's only been empty for three years. What a state!

I'm surprised those scripts have survived. They're supposed to be worth a lot on the black market. Maybe the green ones are out of date these days. Are they white now? Not sure

Do you mean prescriptions? They are still green just like these. I get them on a regular basis.

That's a complete disaster for only three years old, it looks like the Dr. came out of there wanting to run away.

LOL, he might have been getting some heat. His new surgery is not so far away. I do wonder if he drives by and sees the state of this place?

Surely if he doesn't want to remember it he should take a detour down another street, leaving something abandoned in that state I don't think he would care much about it.

The doctor is...out. Bit of a shithole, but medical stuff makes for interesting pictures. I would think that gloves are essential anyway as you don't know what's gone on there.

Let's say, getting in could have been bad for your hands. I still forget to bring them along half the time. It's little wonder I am always getting injured.

Hiya, @ybanezkim26 here, just swinging by to let you know that this post made it into our Honorable Mentions in Daily Travel Digest #1231.

Why in the world do people make such a terrible mess? For kicks or have nothing else to do @slobberchops? You have introduced me to a world that I never knew existed, quite fascinating. Thank you.

There are many who go to smash things up. I don't get it at all. Not all are as young as you think as well.

Three years? The timetable is too short for the mess inside. No doubt looking for something a little exciting inside. I'm surprised the prescription pad is still there. Usually, some enterprising youth would take a crack at those.

No graffiti, but, plenty of molds and other stuff from the hole in the roof. Medical facilities, especially the loony bins are creepy when they are really quiet or quite abandoned. Even this, although once a house where a family presumably lived and loved is now roomfuls of unknown germs and perhaps worse.

Thanks for the tour! They are always interesting! :))

They are always interesting! :))

I hope so, I try and make them so.

Finding out what happened in the past can be tough at times. I do tend to steal the history sometimes, as that's what it is... history! I hope I make up for it with my slant on the explore.

Definitely. Of course, one of the highlights is getting in these places. I always wonder if there is going to be one that proves too tough to get in without a dog and pony show. I looked at that wall you jumped over, and am in awe at the agility you possess, except when you don't.

My agility sucks, I can assure you! More like puffing, panting and sweating.

Ha! Maybe, but, you can't dispute the fact that you can still do it.

That’s fucked!
Still some nice stuff to read, apart from angelina ballerina that is

I guess one of the benefits of living in wales is thst we get all our prescriptions free!
Give me a shout if you need some drugs 😂

Wales and Drugs have a direct coloration in my mind, but that was a couple of decades ago! You would probably find this one interesting, a lot to sift through if you don't mind getting your hands full of crap.

It does look a tad shitty!

another awesome find! It is crazy to me how much stuff just gets left behind at these locations you discover.

I was in a Police Station a few days ago and found personal records again. Deep in the basement where all I could hear was dripping water, I found stuff.., they always leave things behind. That one is for another day. Are you still going back to Thailand?