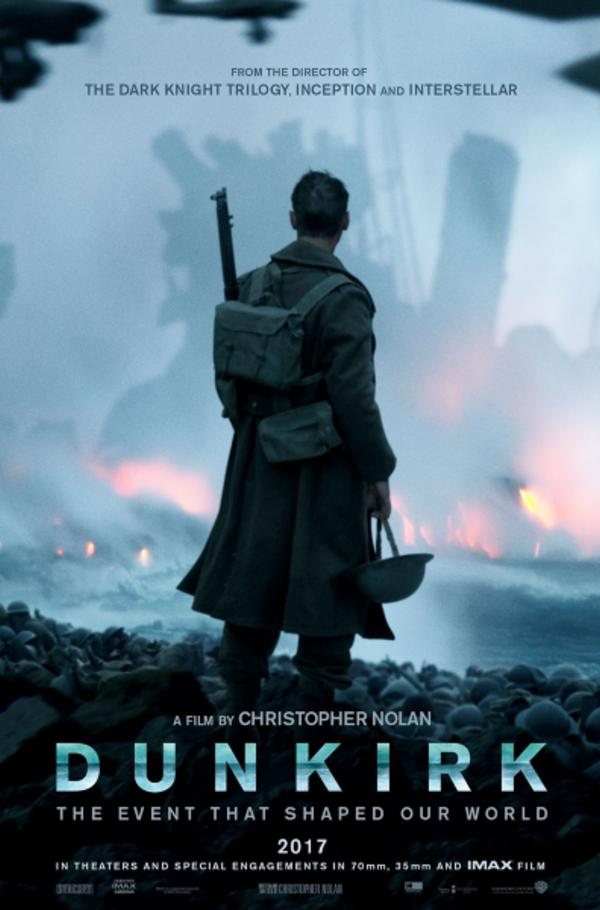 There are several famous war movies.
They deals with tragedies such as the classic 'Platoon' about the Vietnam War, 'Saving Private Ryan', which contains the story of struggling to save a single soldier, and 'The Taegeukgi', which deals with the Korean War and brotherly love. Movies that remind us of the preciousness of life have gained a lot of popularity.

Recently, I heard about 'Dunkirk', which was seen by more audiences than 'Saving Private Ryan'.

It is a film about the operation of withdrawing the Allied forces isolated from Dunkirk during World War II.

The German army blocked the land route, and the British, French, Belgian, and Dutch allied forces were isolated on the Dunkirk coast (called the coast in northern France).
The mission is to safely return them to their homeland.

The structure of the film is very unique.
The story unfolds in three major ways.

One part of the composition deals with a week of rescuing the soldiers who have gathered on the bridge by boat. Many soldiers lined up on the beach waiting to be rescued. If a ship arrives from anywhere, they will cross the Strait of Dover and get out of this isolated place.

Soldiers gather on the tattered beach.
Many soldiers have to board the ship on one long bridge. It is the only bridge that can hold a large ship coming to the rescue to rescue 400,000 people.

One stalk of another configuration is that the government asks those who have private vessels, so many fishing boats go to Dunkirk Beach.

What beliefs do the unarmed have to drive their ships to this low-fire shore?

The main story revolves around a week in a boat where a father, son, and his friend's friend go to Dunkirk on a boat.

One last streak deals with an hour of three fighter jets trying to stop a German air attack.

The way to protect the soldiers waiting to be rescued from the constant barrage of fire from the sky is for these fighters to take them out.

When the gunfire pours in, the beach becomes chaos. Will the fighter be able to block all the enemies?

This movie is directed by Christopher Nolan, who is famous for 'Interstellar' and 'Memento'. There are many films of Nolan that are difficult to understand because of the complex storyline, perhaps because of the unique composition. I saw 'Memento' as a child, and it was so difficult that I couldn't remember the story at all, and I saw 'Interstellar' at the cinema and reruns on TV several times.

On the other hand, Dunkirk has a unique composition, but the content is not difficult.
There aren't too many lines to make the most of the urgency of the escape operation.
It is a film that very well shows the desperation of those who want to live in moments of moments.

It is a well-made film that talks about another form of victory, 'survival'.

Thank You and Have a Great Day 😊🙏

How awesome is this film!

Such a great movie that is void of a big script. The whole thing done through acting. Magnificent

@vikbuddy! This post has been manually curated by the $PIZZA Token team!