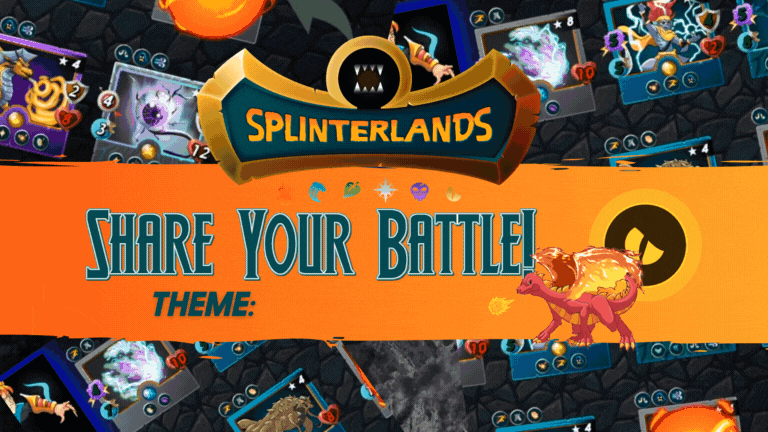 Today I am going to share with you another battle in @splinterlands. I choose SAND WORM as a theme for this battle. SAND WORM is neutral monster. This is a monster with melee attack. This card can level up to level 10 but in this battle I am I used this card at level 5. At this level SAND WORM has melee attack(6), speed(3), health(6). It also has SNEAK ability(attacks the last opponent's monster instead of the first) This card needs 9 mana. 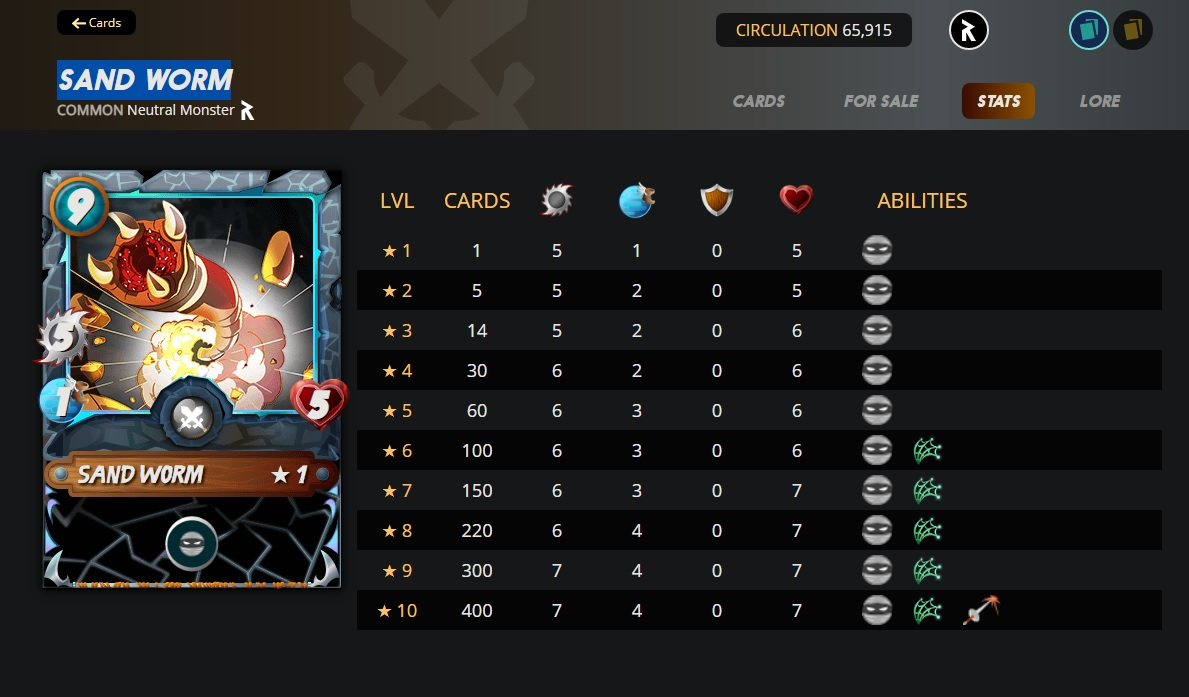 Those are the stats of this card.

Battle details:
I played with death splinter. And my opponent used water splinter against me.

It was a battle of total 48 mana with two rules:
Target Practice- All ranged and magic attack monsters have snipe ability.
Odd Ones Out- Only monsters with odd mana costs may be used in this battle.

Let me talk about monsters that I used in this battle. 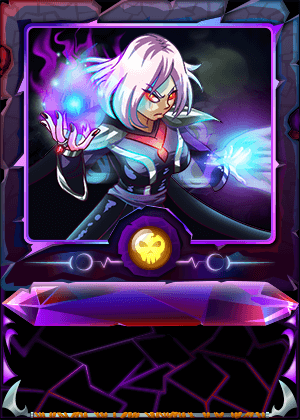 This legendary death summoner lowers all enemy ranged attacks by -1, gives Void ability to all friendly monsters, and prevents enemy monsters from healing. This is my favorite death summoner for battles with big mana cap because all those abilities are awesome. This card needs 7 mana.
Market. It has two abilities at this level which is-
Enrage : Has increased melee attack and speed when damaged
Stun: When a monster with stun hits a target, it has a chance to stun the target causing it to skip its next turn.
another ability at level 3 is Shield: Reduced damage from melee and ranged attacks.
another ability at level 4 is Retaliate: When hit with a melee attack monsters with Retaliate have a chance of attacking their attacker. 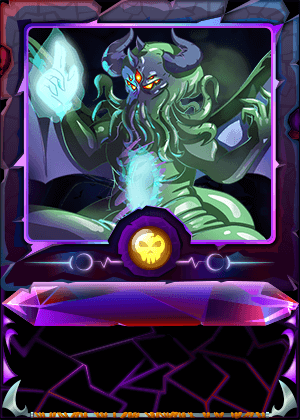 It has three abilities at this level which are-
Flying : Has increased chance of evading melee or ranged attacks from monsters that don't have Flying ability.
Criple: Each time an monster is hit by a monster with Criple it loses one max health.
Stun: When a monster with stun hits a targer, it has a chance to stun the target causing it to skip its next turn.
Another ability at level 3 is Weaken: Reduces health of all enemy momsters
Another ability at level 4 is Last Stand: Gains increased stats if it the only monster on the team alive.
This card needs 11 mana. It has one ability at this level which are-
Life leech : Monster's health increases each time it damages an enemy monster's health in proportion to the damage dealt.
Another ability at level 2 is Void: Reduced damage from magic attacks.
Another ability at level 4 is Resurrect: When a friendly monster dies it is brought back to life with 1 health. This ability can only trigger once per battle.
This card needs 7 mana.
Market. 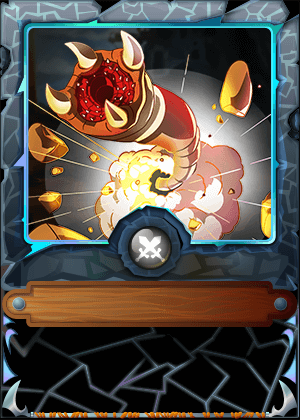 SAND WARM is my favorite weapon for destroying monsters with low Health. In most battles it is a great choice no matter what team I am using.
Market. This monster doesn't have attack power but it has decent Health. So in battles with low of mediocre mana it is often useful for protecting other monsters. It needs only 1 mana 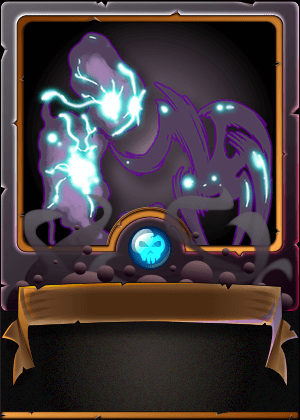 It has two abilitis at this level which are-
Heal : Restores a portion of the monster's health each round.
Magic reflect :When hit with magic damage, does reduced magic damage back to the attacker
Another ability at level 7 is Void: Reduced damage from magic attacks.
This card needs 5 mana.

In battles with lower mana cap I would consider placing this monster in first position. This time battle a good mana cap. So I decided that monster with a lot of Health and Heal ability could protect my team from behind. In the beginning of this battle most of my monsters were targeting my opponent's FROST GIANT. My SAND WORM was attacking WATER ELEMENTAL. HAUNTED SPIRIT and SHADOWY PRESENCE were protecting the rest of my team from behind. FROST GIANT was attacking my LORD OF DARKNESS. SAND WORM was attacking my HAUNTED SPIRIT. The rest of my opponent's team were targeting my CTHULHU. In this battle only CAPTAIN'S GHOST benefited from my opponent's summoner's ability. My summoner was way more useful and I had a nice team so I was already confident in my victory. 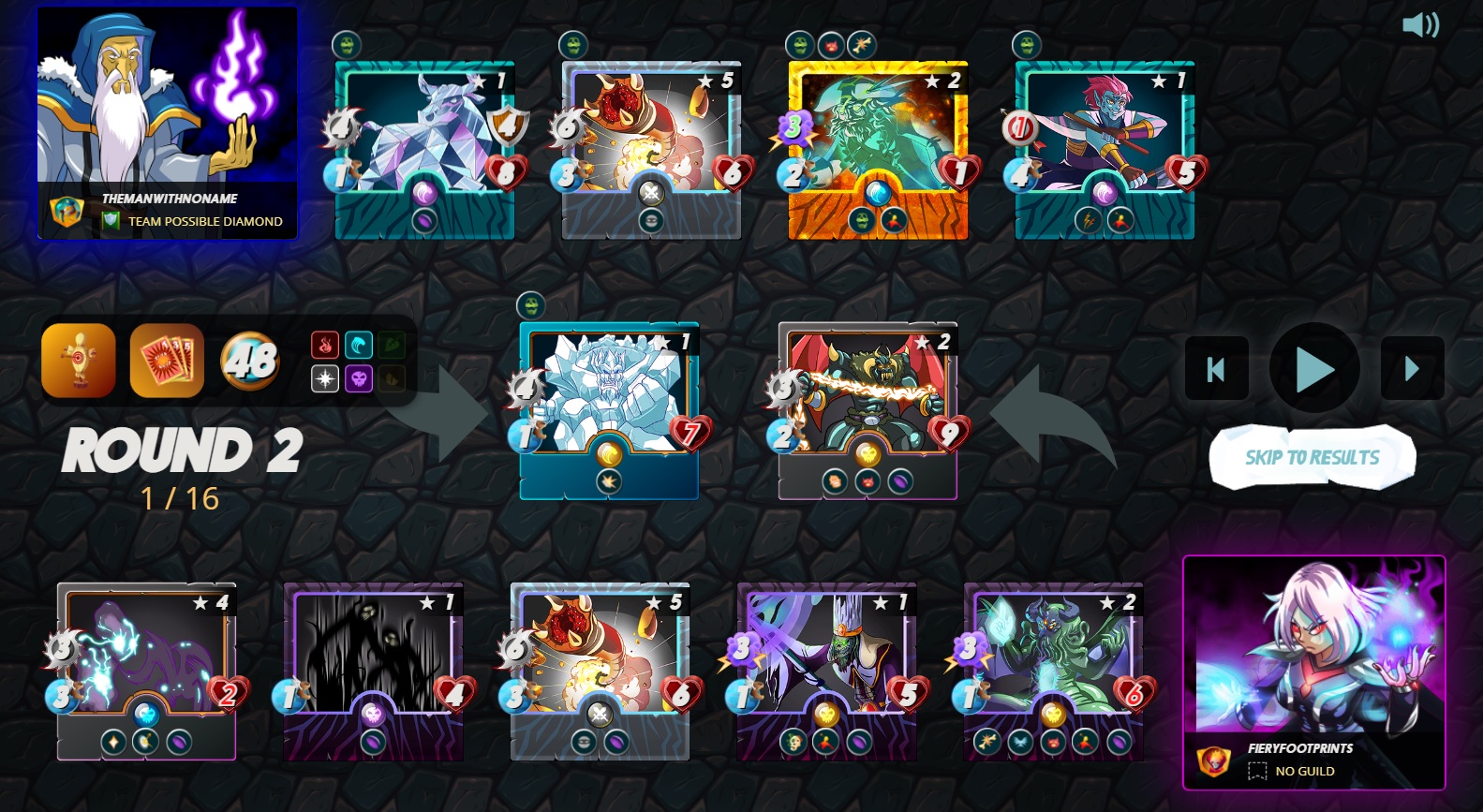 In the beginning of round 2 my opponent no longer had WATER ELEMENTAL, CAPTAIN'S GHOST and AXEMASTER were both about to die. And my team still had all monsters. Things were looking even more promising now. At this point battle was already won because my opponent lost his most dangerous weapon( SAND WORM) and only had few monsters remaining. On the other hand my team still had plenty of power left. 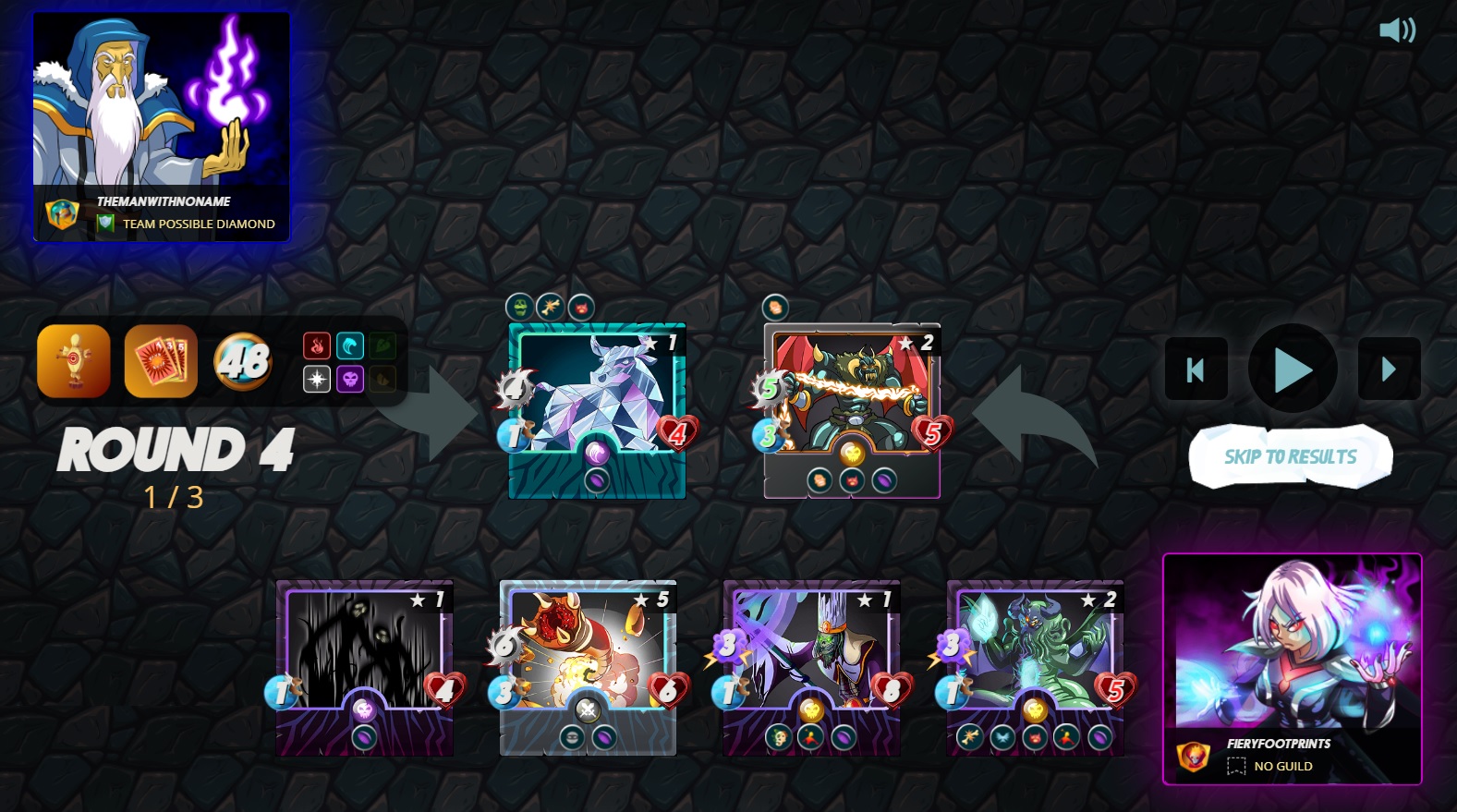 Finishing off ORHILO THE FROZEN was very easy because it was stun by my LORD OF DARKNESS. I won this battle and I only lost HAUNTED SPIRIT. My strategy worked well- my LORD OF DARKNESS protected my team from frontal attacks, HAUNTED SPIRIT and SHADOWY PRESENCE provided protection from behind, mages and SAND WORM were my main offensive. While selecting my team I did not consider stun ability of LORD OF DARKNESS and CTHULHU but it also was very useful. Great bonus to already good team. Also the Odd Ones Out rule and good mana battle cap are very suitable for my death team- most of my favorite death monsters have odd mana cost. I am not sure what I could have done differently. Maybe I could consider replacing LORD OF DARKNESS with LORD ARIANTHUS but perhaps when my team would be too defensive?

I hope that you enjoyed my battle. If you would also like to start playing splinterlands and earning by making posts about your battles or by making art inspired by splinterlands please consider using my referral link:
https://steemmonsters.com?ref=fieryfootprints

Thank you and have a nice day.

thank you very much. thank you very much.