So Whos Earning POB? Weekly summary of the POB Earnings

Hi All, love me some good data and stumbled onto some. However just like any data I may have got something wrong so if I have please reach out and correct me.

Also, I am going to keep this first one light on because I am pretty wiped pulling this together and because I really want some feedback from all of you. Please let me know what you like, what is boring and what else you might like to see.

Now originally I had a dream to graph everyone's name which would have been really fun but as you can see below it gets crowded! So unfortunately I have had to concentrate on the top 20 and 30s so the data can be seen cleanly and visually.

However, In the interest of following my own Karama model, I have dumped the full data set at the bottom of this blog so you can:
a) Look up yourself
b) Maybe do something better than I have with it 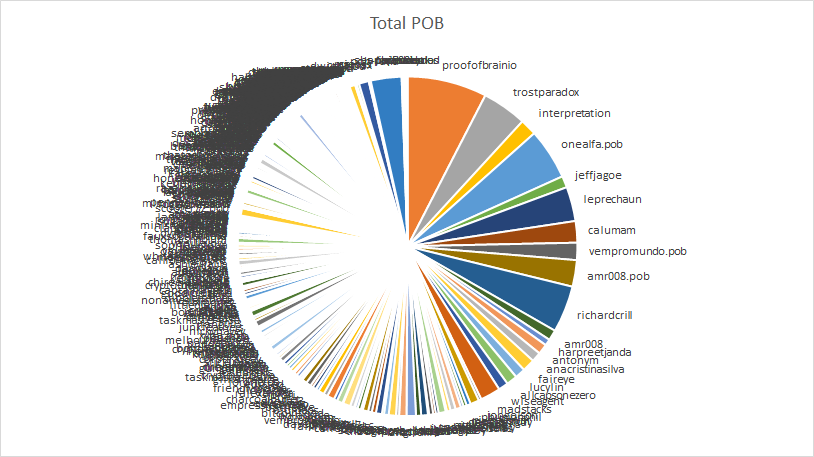 Ok let's look at the earnings over the week for the top 20. I'll go into more details in later blogs but I think some top big well-known names pop out but also some names that a new to me at least. 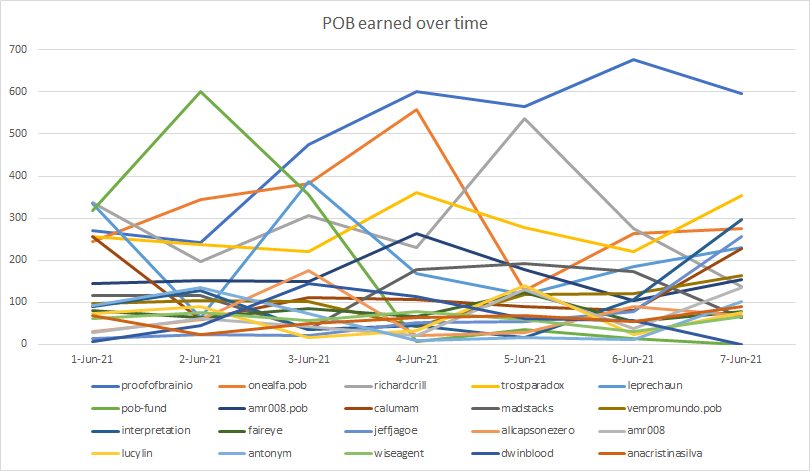 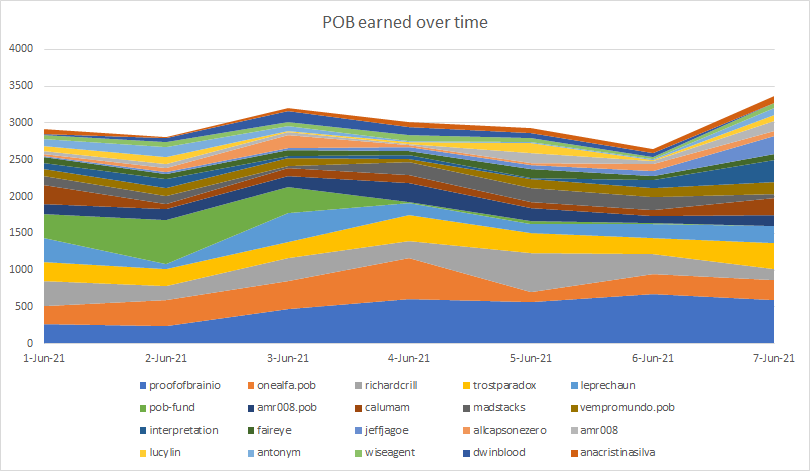 Ok and as hinted at by the last graph here are the top earners for the week. Again some big well-known names jump out but also some people I was not aware of.

Next up how many unique users are getting paid, I would have thought of more but what do I know :) 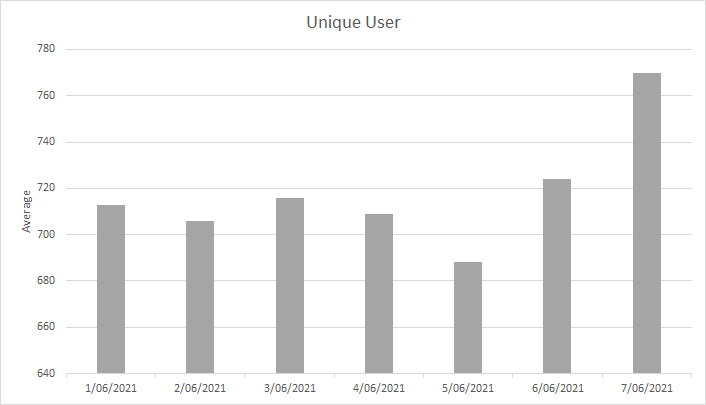 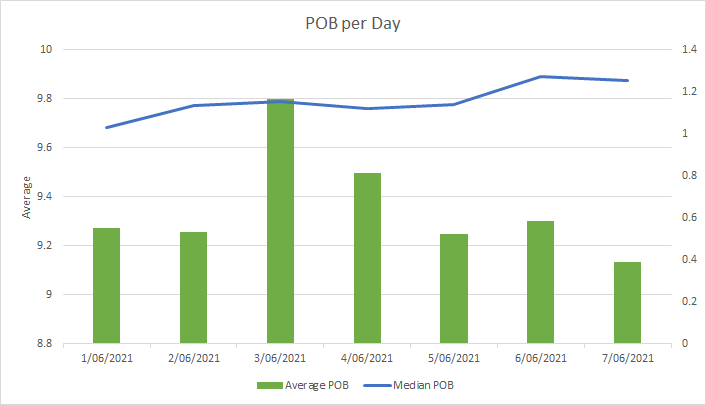 somebody had way too much time on his hand, I see :D

It was a very slow work day ;p looking for other communities to do this for once I get some feedback.

Hello @failingforwards Those are some interesting set of statistics. If you're on the POB team, is this report a task you'll be doing each week, and what do the figures for the last table of names represent?

Hey! I'm not on any team just like playing with data :) hopefully do it every week and have some awards as well. Final table is everyone's earnings for the week

OK, thanks for the explanation. I was just wondering because I hold small amount of POB liquid and staked. Earnings are probably so low the reason I didn't make it on the list.

Either way, nice reports. I know it was time-consuming to pull all those numbers together.

That is so wierd it didn't pick you up

No worries. I was just wondering what type of report it was since it stated "Master List." I thought it was for all the holders and their holdings. But then that info can be viewed in Hive-Engine.