POB: My Proof of Brain NFT Giveaway has arrived 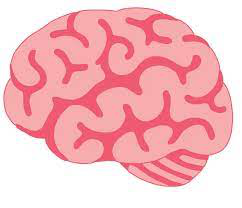 Last week I wrote an update to an earlier post that I was designing some free NFTs specifically for the #pob community, as I felt many in the proof of brain community might like to have some #pob NFTs, you can read that post HERE.

In this post however I have decided to combine My NFT giveaways with my simple goal to help the growth of the #pob community through awareness on other main stream big tech platforms you can read how I plan to acheive that HERE If you would like, but it is not necessary to partake in the giveaway as all will be revealed below.

For this giveaway I have two designs up for grabs for people that truly believe in the #pob community, it's values and the power of using your brain.

The First Pob NFT
The First #pob NFT giveaway design is called the Brainiac NFT, there are 100 in total that will ever be minted, below is an image of this NFT and a link to the minted product on Atomic Hub, I will be looking into creating NFTs in Hive in the future but for now I have created them on the World Asset Exchange or WAX as I am familiar with it's (UI) user interface. 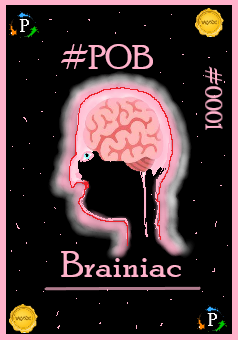 Final Mint can be viewed HERE

The Second #pob NFT giveaway design is called the Blue Brainiac NFT, there are also 100 in total that will ever be minted, again below is an image of this NFT and a link to the minted product on Atomic Hub. 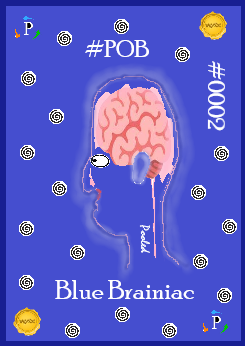 Final Mint can be viewed HERE

Now Lets get To The Fun Part

I will give the first 10 people that complete the rules outlined below a choice of which NFT they would like, the Brainiac or the Blue Brainiac, Only one per person If you don't have a wax address to claim one no problem you can get one HERE It's not an affiliate link you can simply sign up, create an account and then you will be able to get a wax address for future NFT Giveaways many of which can be collected via twitter, including some very valuable individual NFTs and collections from estabalished designers which I retweet on my feed occasionally as part of a group of NFT hunters if you like. 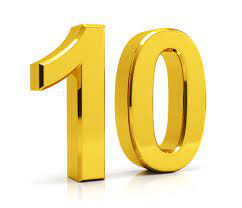 10 NFTs will be distributed one week from the date of this post to the first ten people that complete the rules and help me create awareness for the #pob community on Twitter, you will also find numerous NFT Giveaways retweeted on my feed HERE

If you would like to join in with the NFT hunters group, let me know to tag you in future tweets

Let me know if you like virtual merchandise NFTs and would maybe like to see some virtual merch #pob NFTs, I am currently designing some for the Torum community and looking at my options which I cannot currently speak about it's a kind of hush hush project if you catch my drift TOP SECRET

Proof of Brain exclusive Giveaway
This offer is exclusive to the #pob community, so if you have read this post which will be shared across multiple platforms, you are welcome to take part from the proof of brain community front end, which you can find HERE.

However if you do not already have a Hive blockchain account and would like to get starting you can set up an account HERE and start earning hive, leo and proof of brain tokens for creating original content, staking, engagement and curation.

Fab @jaxsonmurph. Love them both....eenie meenie...lol retweeted, tagged, followed and commented. I think I prefer the blue one ;-) Looks more like a girl. Here's the link to my tweet:

Thank you Sam glad you like them and Thanks for taking part.

Ah Thanks a million Sam, thats why I created them, hopefully these ones will get snatched up, I havent seen any Pob NFTs online so hopefully they will help create further awareness, very much appreciated Pal

I don't get how it works.. what are NFTs
Permit my lack of knowledge

This BBC article may make things clearer for you but essentially it's a digital collectible, like one would collect baseball cards or soccer cards, and the rarer and more in demand they are, the more valuable they become. read here

Thanks for mention dear, its amazing. I am still exploring the NFTs world, its awesome. Let me create an account on https://wax.atomichub.io/
Have a Good Day 😊🙏. !PIZZA

@samsmith1971! I sent you a slice of $PIZZA on behalf of @vikbuddy.

Thanks mate! You didn't have to do that lol but it is appreciated. Slowly building towards my 3rd full pizza ha ha.

@samsmith1971! I sent you a slice of $PIZZA on behalf of @wrestlingdesires.

Thanks for the mention @samsmith1971

Hey @samsmith1971 your Blue Brain has arrived Pal, thanks for taking part

Nice project you've got here @Jaxsonmurph
I've done all that is required too. This is the link to my twitter retweet https://twitter.com/Jaxsonmurph/status/1441128513139093508?s=20. I'll prefer the brainiac nft. Here is also my wax Addy gofxe.wam.

Thanks @alovely088 glad you like it, appreciate you dropping by and taking part, its all about growing this amazing community and making the wider crypto community aware of the great people and creative content shared here each day, cheers

Okay boss.
Thanks for the invite.
Let me dive in

Hey @alovely088 your NFT has been sent, thanks for taking part

You are so welcome, you can now enter this weeks giveaway and pick up to other one if you like, it was posted last night

Alright. I'll check it out too

I've done the tasks as required. Thanks for the update

Welcome @vikbuddy Glad to have you onboard, the blue brainiac seems to be quite popular, these choices will help me improve on future designs as I gauge what the community likes, Thanks for taking part Pal

Hey @vikbuddy your NFT has been sent, thanks for taking part

Nope you are fine still two days left, drop your WAX address to get your NFT in two days and choose which one you would like

Great stuff Pal, the blue fellas seems to be most popular, good choice

It's my favorite color so why not :)

@jaxsonmurph! I sent you a slice of $PIZZA on behalf of @wrestlingdesires.

Thanks Pal I love me some pizza

Sorry, you need more staked ALIVE tokens in order to use this service, the minimum is 1000 ALIVE Power.

Hey @wrestlingdesires your NFT has been sent, thanks for taking part

Thanks so much🙌I will check when I log into Atomichub :) I have my own MFT giveaway going, but I need to give the community members of the project first chance. Then it will go public!

Don't mention it Pal, Great stuff having your own giveaway, let me know once it goes public, would love to check it out.

I have just launched week two of my giveaway, so you could grab the other NFT if you like.

I definitely want the other one too :) If you have discord, you can get in early on my giveaway, as it's for anyone in the colx server :)

Thanks, appreciate the early offer, but I stopped using discord and telegraph because of the large volumes of scam bots, I will however keep my eyes open for when you might drop them elsewhere, cheers for the pizza.

Oh on Discord you can adjust your settings to only accept messages from friends, but I will be posting it here too :)