@saachi 63
2 months ago
Proof of Brain

This week Splinterland's weekly battle challenge feature Efreet Elder and frankly speaking I have not used this card as such. So when this battle challenge appeared , I first combined my cards. 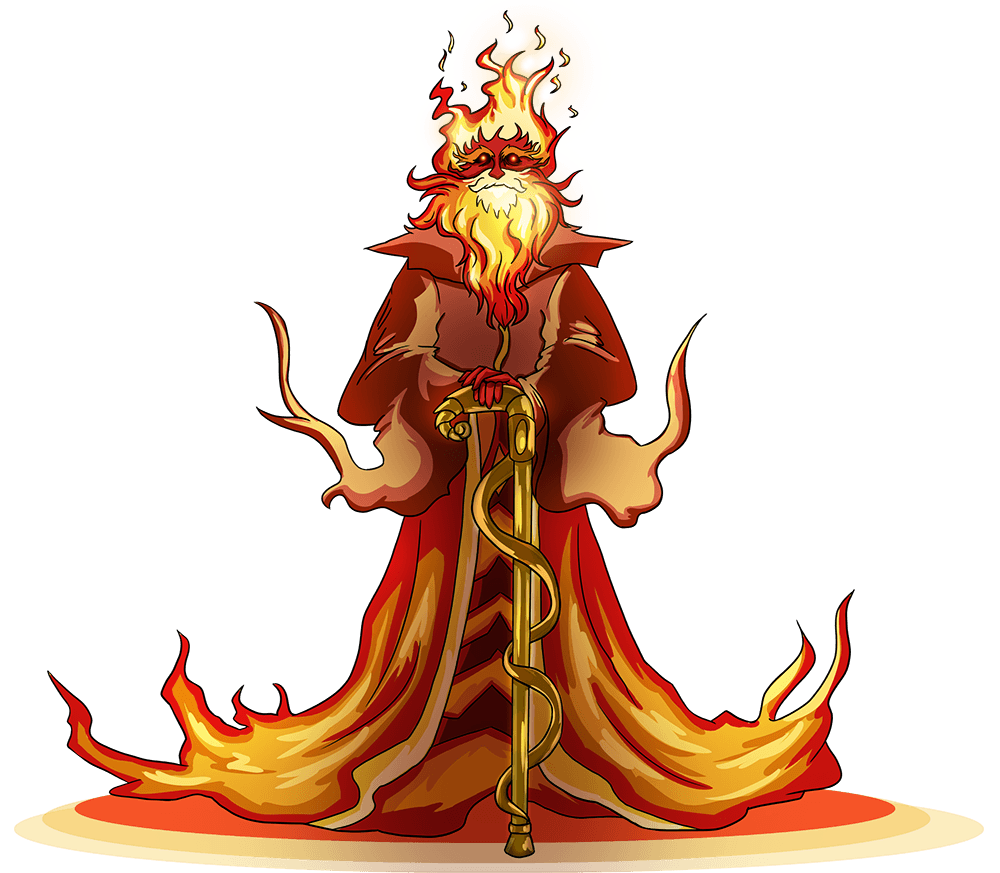 With all the available cards to me , I combined and created level 3 Efreet Elder for me. Though stats little favor level 4 for attack vs level 3 as level 4 attack value is 2 magic attack.

Though specialty of this card is last stand and magic attack, so in general it is not favored by any ruleset as such.

But in above blast ruleset I see good opportunity to use this monsters, I like to add DELWYN DRAGONSCALE as it add +1 attack to the magic. 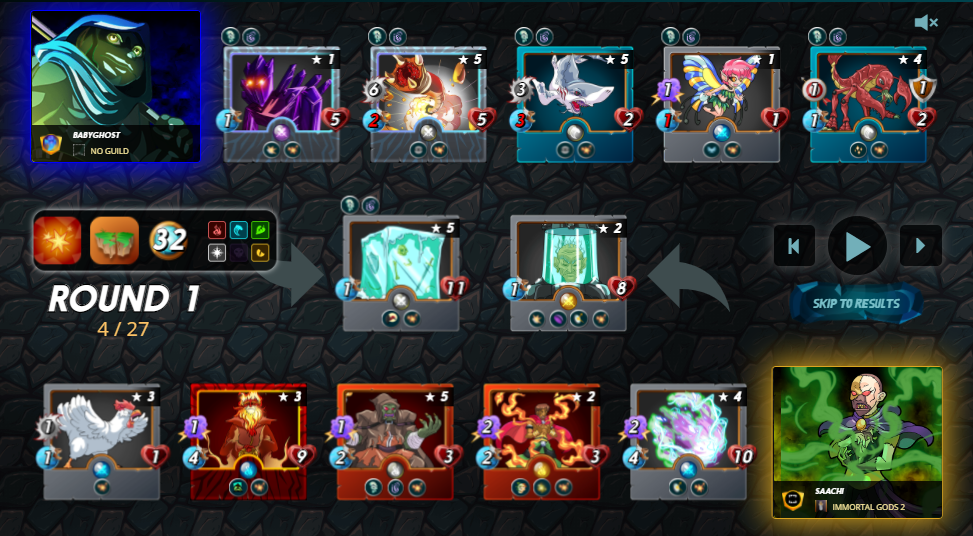 Teams after all summoner and monster abilities in effect. 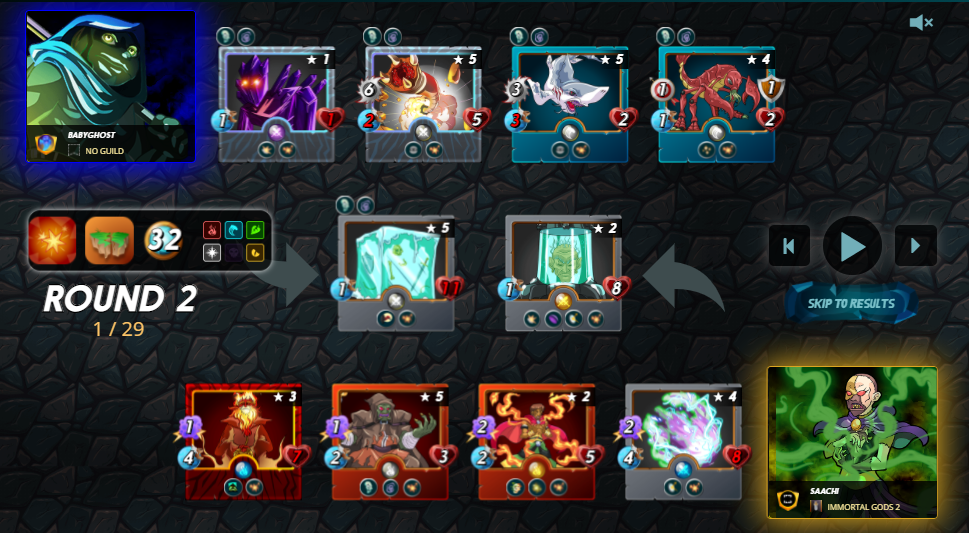 After round 1 , My team lost Furious Chicken and opponent team lost Enchanted pixie. 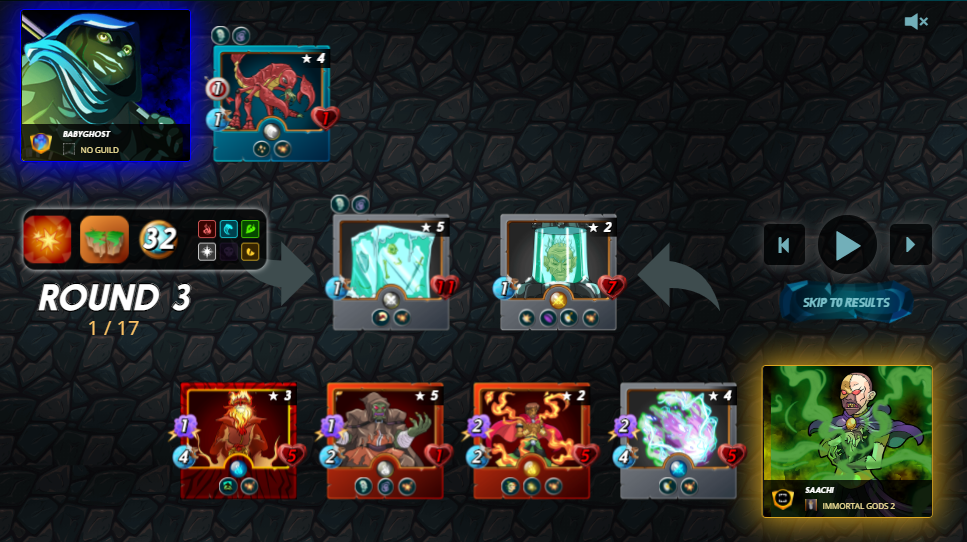 After round 2, opponent team is almost diminished but gelatinous cube has scavenging ability and ruleset has earthquake, so I am not sure if I can win. 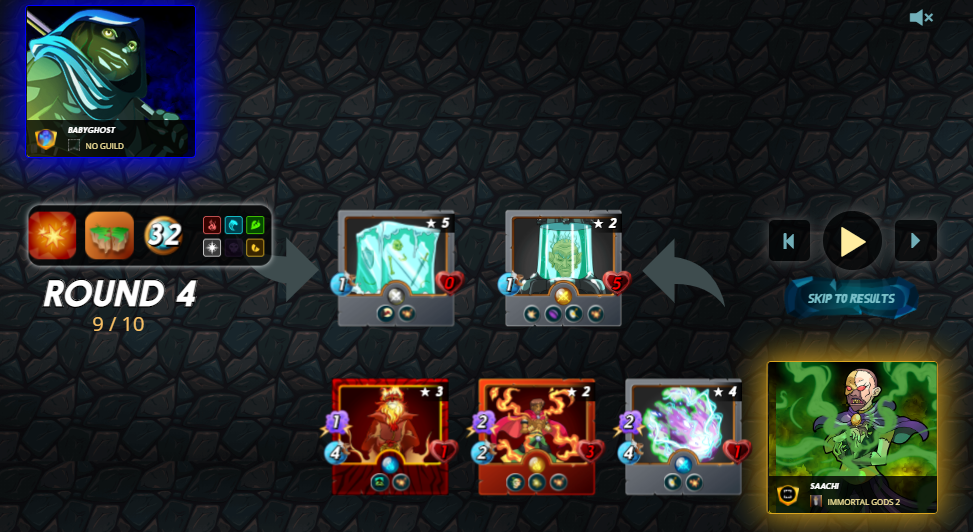 Congratulations @saachi! You have completed the following achievement on the Hive blockchain and have been rewarded with new badge(s) :

Thank you for sharing this amazing battle.