Why do we see faces in everyday objects?

Can you see it too? 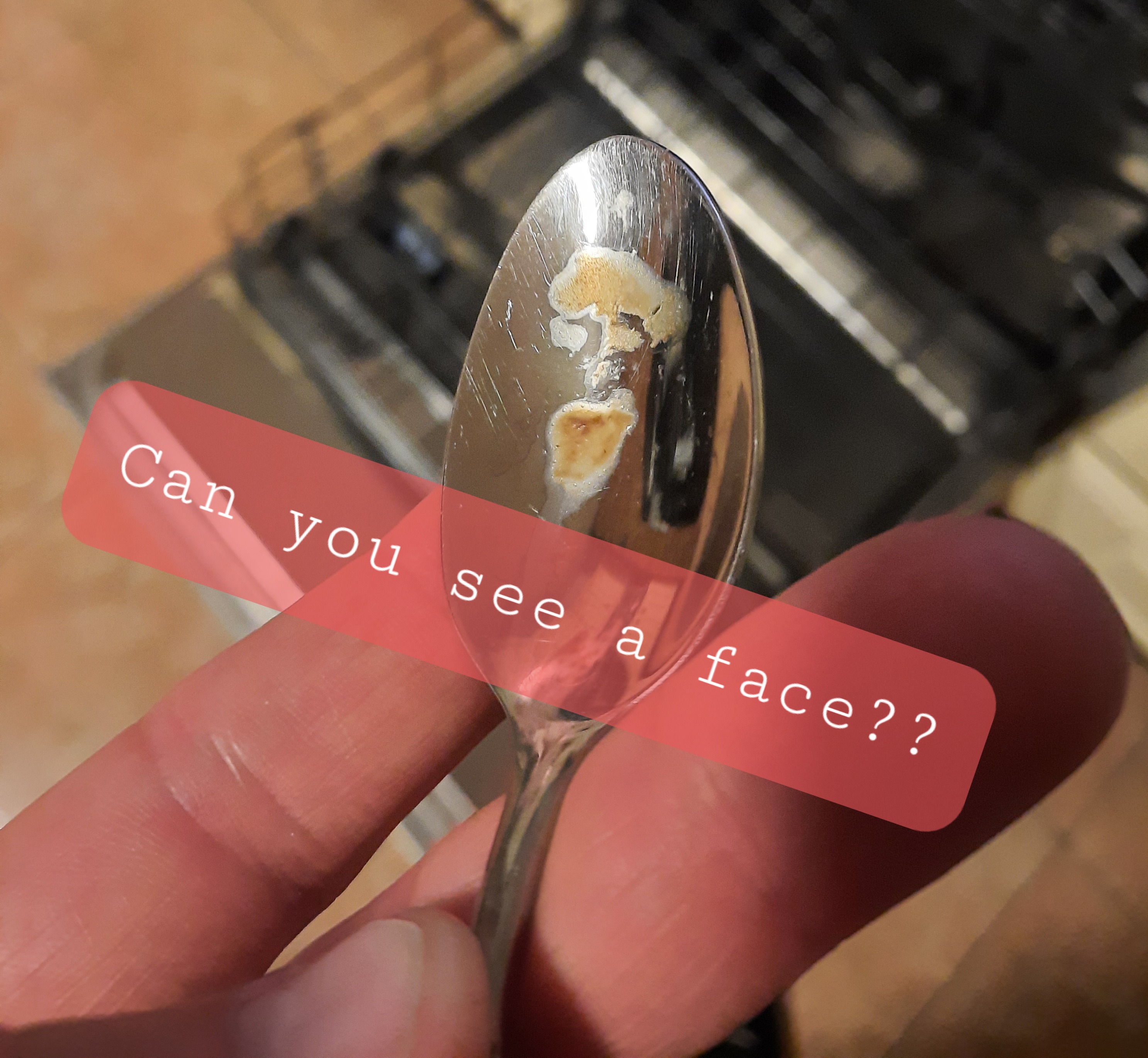 So this one is a bit nuts. I was emptying the dishwasher the other day like I've done thousands of times before. The cups and bowls were placed carefully into cupboards, the plates were stacked and glasses were checked for any marks and were placed upside down in our glass cabinet. As per usual the cutlery was left until last. Knives, spoons and forks went back in the drawer. That's when I spotted it! Now sometimes if there are to many things launched into the cutlery section, some items end up not completely clean and require a quick rinse under the hot water tap.

I was about to wash the grime off the spoon and then I noticed the likeness of a face on it. Here is another few photos of the spoon. Can you see it too or am I going mad!? 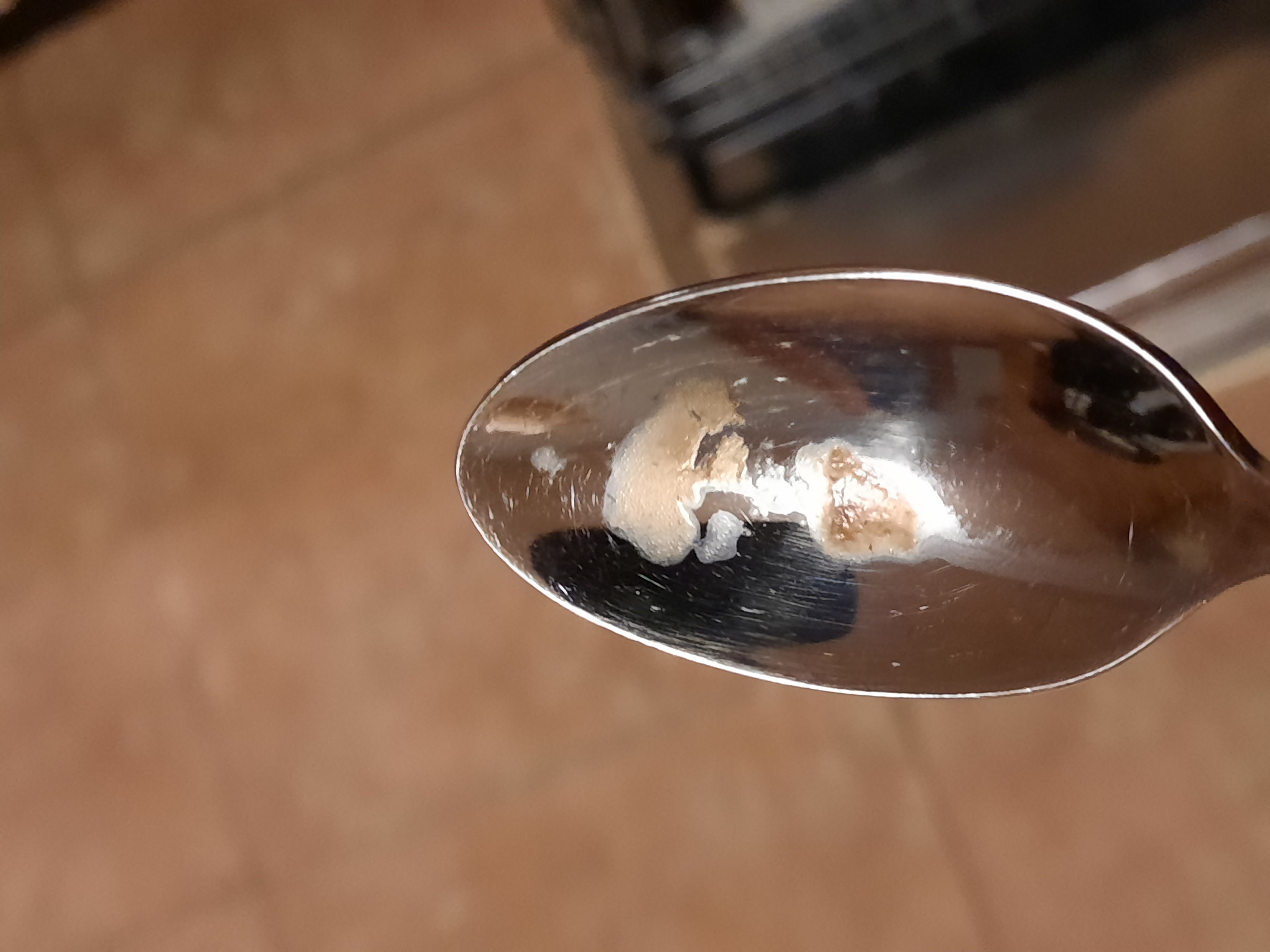 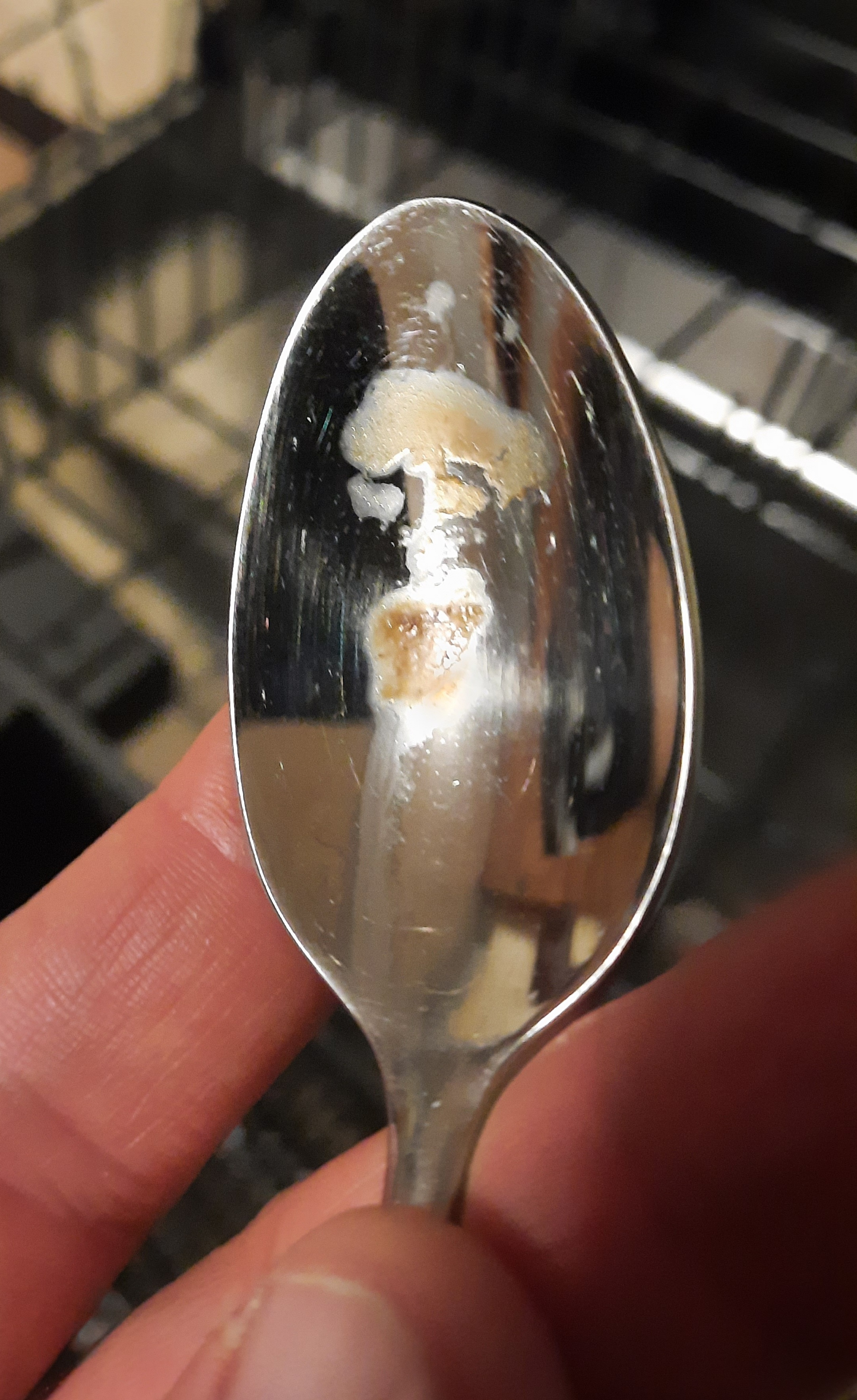 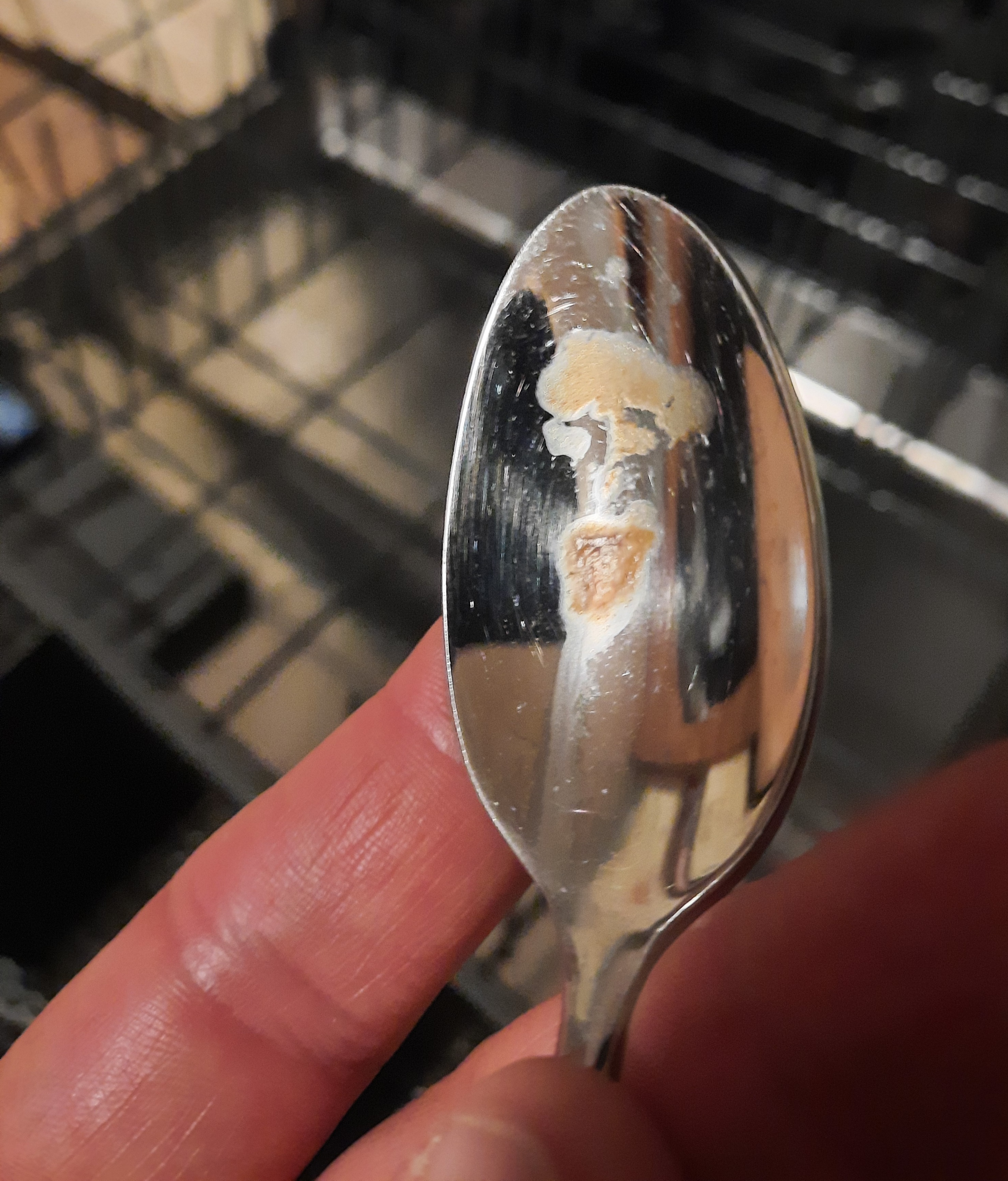 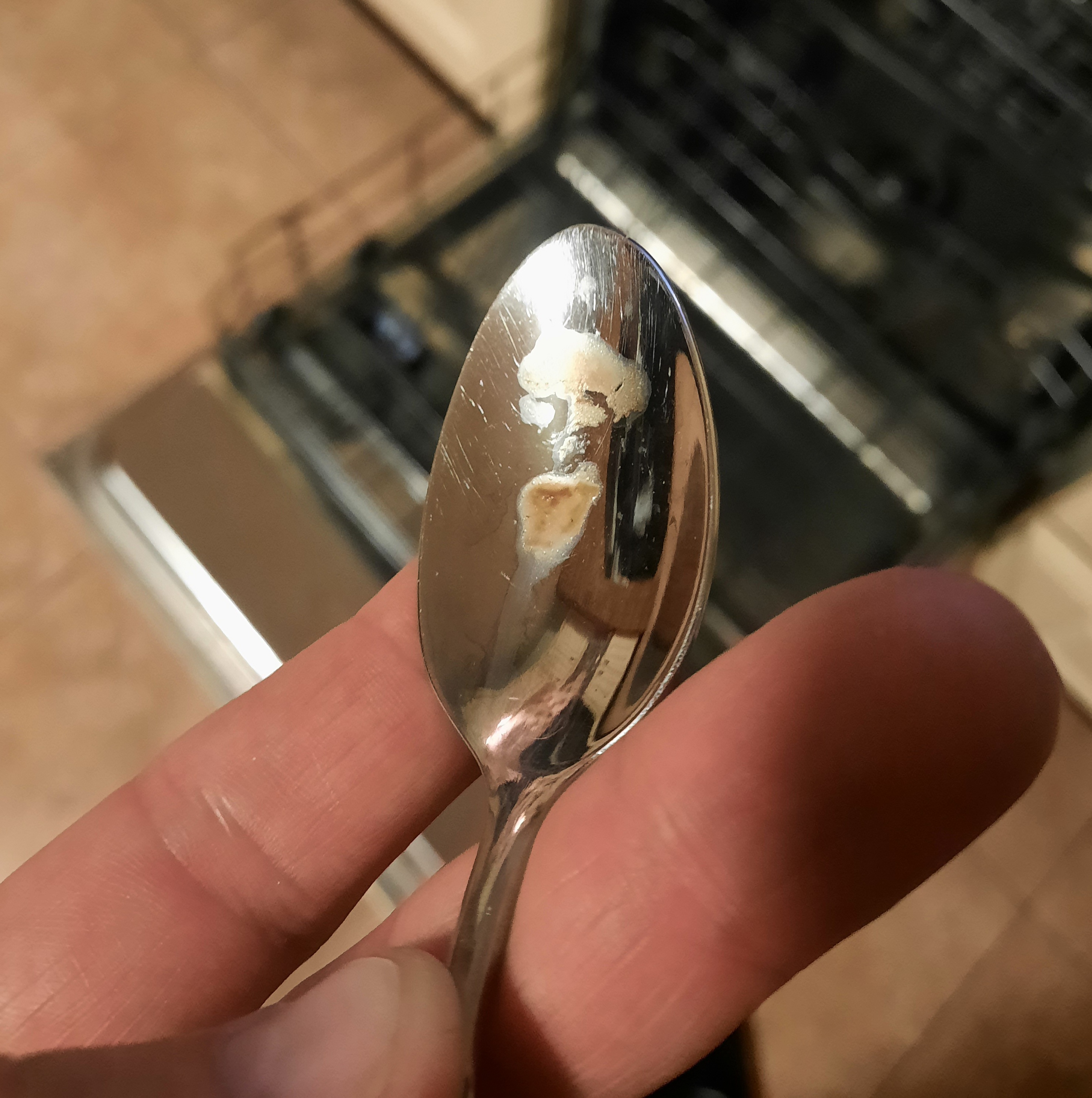 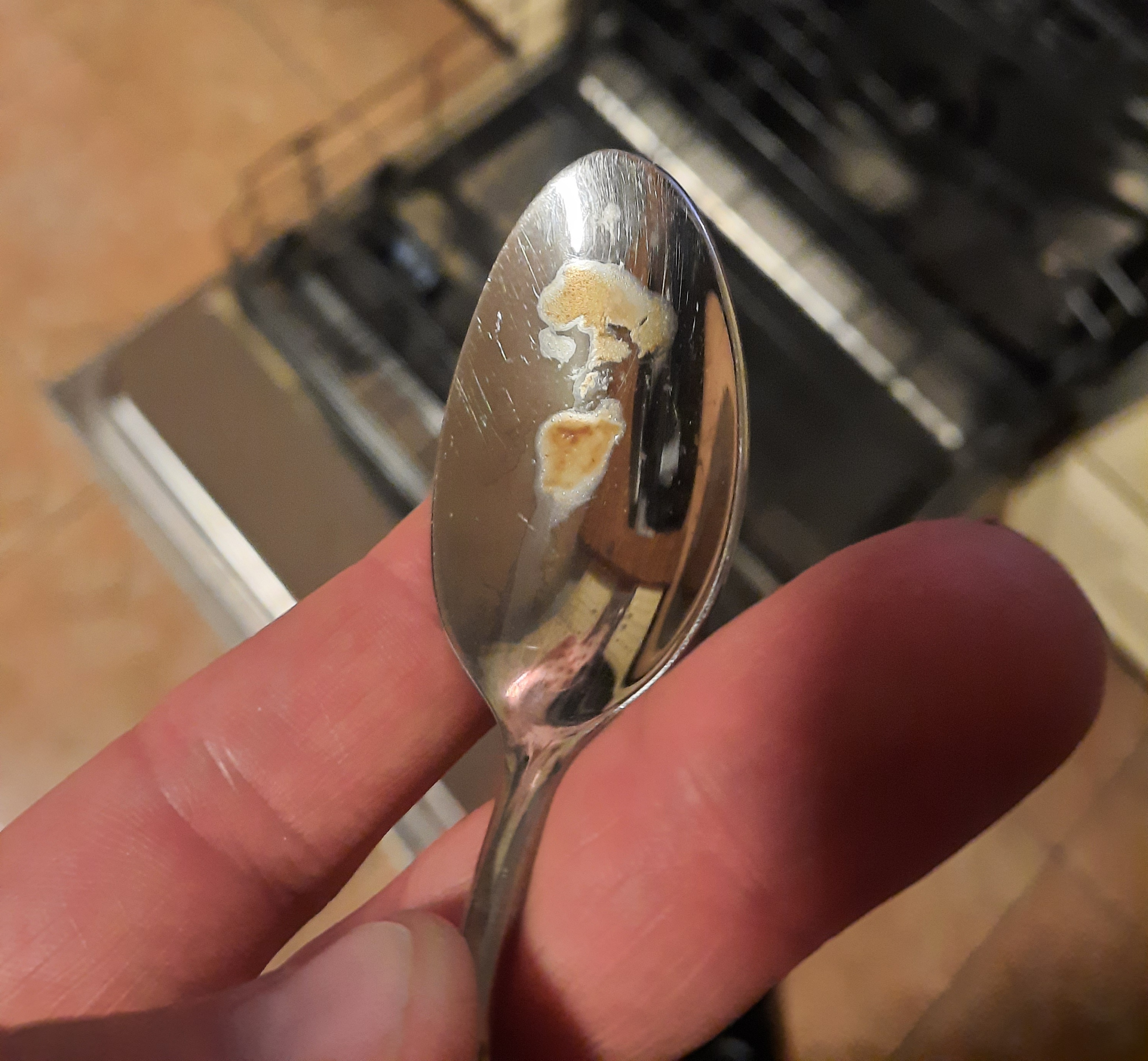 What else has appeared over the years

This discovery got me thinking. What else is out there? Have faces appeared in spoons before? Have likenesses of Elvis Priesley appeared in someone's sourdough bread? Be warned these examples make my spoon face look like Mozart vs a kid playing the violin for the first scratchy time. Velvet and sand paper! Oh well, it gave me inspiration for this post, so happy days.

Face in the clouds

This face appeared before the eyes of Denis Laforge, of Grand Falls, N.B., a town about 200 kilometres northwest of Fredericton back in 2011. Pretty impressive in fairness. 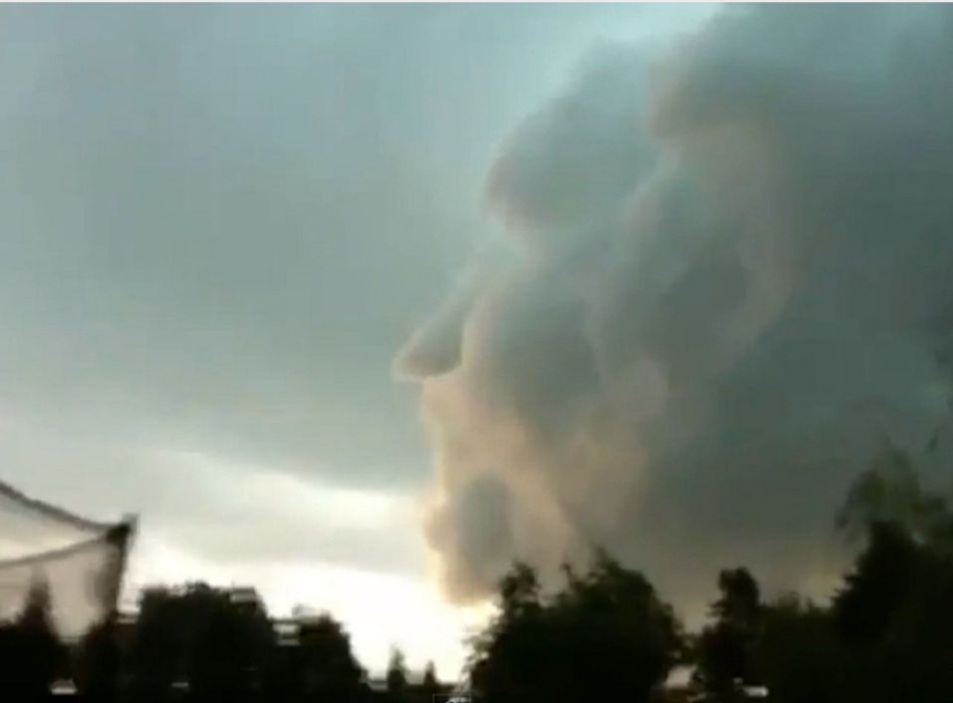 I'd like to have seen the faces of these prospective parents when they were handed this snapshot of their little baby back in 2009! Can you imagine being handed this? You'd think it was a wind up for sure! I've loads to share here and some of them are uncanny and are even more hilarious if they were accidental! I'll caption them for the shits and giggles. 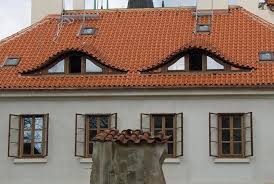 Heyyyy, How you doing??? ( in best Joey from friends accent) 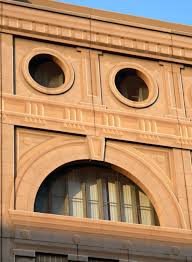 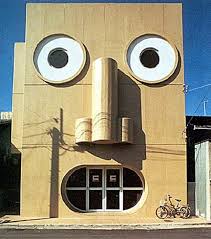 Ahhhhhh! Ahhhhhh! Why did no one tell me that my nose looks like a cock! I'm to fuck out of here. Here comes the Roman arches 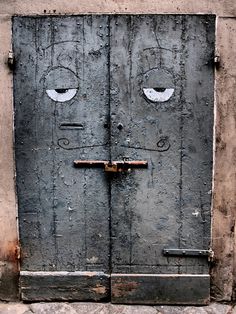 Come on guys, ye can do better than that! Have a go at a caption in the comments below.

Ok, some people clearly have too much time on their hands! Pretty damn funny all the same 🤣🤣 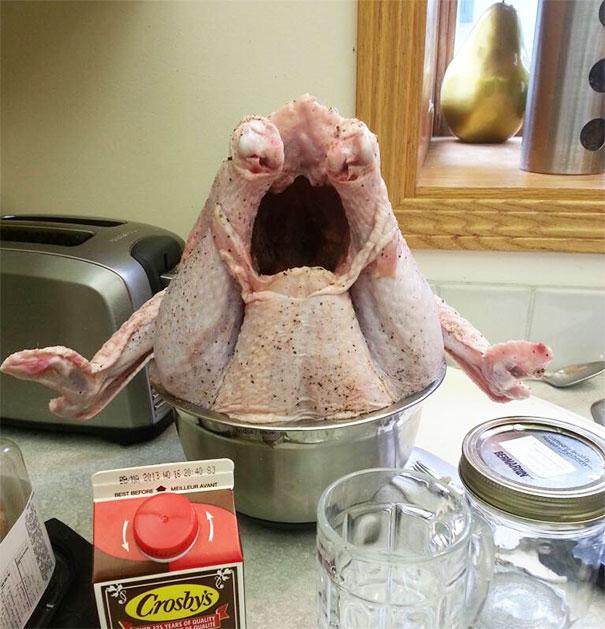 So I'm definitely not the first person to see a face in something and there is actually a scientific name for it too; it's called Face pareidolia.

We know that our minds can imagine faces everywhere there's a hint of two eyes and a nose – from cloud formations to chickens - you've just done it yourself while looking at the images above. A study I just read about gives us an insight into what's actually going on in the brain when this happens.

It turns out that false faces identied in our surroundings through pareidolia are assessed in the same way as a real face in our brains. Somehow, the same neural circuitry is involved in figuring out what a face is doing, even though we know that what we're looking at in a spoon or a slice of toast isn't a real face.

We end up with something surreal: a parallel experience of sorts that it is both a compelling face and an object. It is two things at once. The first impression of a face does not give way to the second perception of an object.

Considering that pareidolia faces can be so varied, the brain is doing an unreal job at processing these images so quickly. It seems that when it comes to faces, the brain will risk a few false positives if it means that we can quickly assess facial expressions.

So there you have it, be sure to keep your eyes peeled now for faces in your tea leaves, your shoe laces, the crease in your shirt, there might be a smiley face lurking for you to discover.

The images of the spoon are my own and were captured on my Samsung smartphone - the others were sourced here:

Wow! You just answered the question I have been wanting answer all these. I do experience, but I thought meh! It was my mind playing tricks on me though I love see face clouds, they give me this calmness and assurance.

Learnt alot from your post. Thank you for sharing this amazing article with us. It's been a while! Hope you are doing okay? 😎

Sorry for the delay getting back to you, been busy for the past few days, so just catching up on replies here now...

All good this side, I hope you and yours are keeping well too..

I notice faces in lots of things too, but never knew there was a name for it until I started posting about the face in the spoon and found some stuff on line about face pareidolia - pretty interesting I must admit...

Man, as much as face pareidolia explains some of these "occurences", let's keep a little bit of magic out there.
It's actually possible nowadays to project objects in the sky, another time I'll show you some stuffs about "project blue beam", but as for today... Ha ha ha, brilliant!!! I can even imagine the tone of voice the door would use while delivering this killer line! 🤣

Awesome topic! I love it haha. There is another thing that you might also like: anthropomorphizing. It is something similar and I think even more widespread! People often read human emotion into things like those doors! haha Let us hope not to see too many human faces in things otherwise I will think I am going crazy.

Good shout on anthropomorphizing, just read a little about it on Wiki there now. I'd agree with you that this is even more widespread. Now I'm off to give human emotions to a perfect resemblance of Leonardo Di Caprio that I found in some potato skins... 🥔😋

Good shout man!! I must start doing this!

If you have the time, and some spare oils, why not! Not the healthiest snack, but really tasty.

I've eaten it quite a few times out in restaurants but never attempted it myself... we used to do pizza potatoes a good bit though.. they were lovely

Oh that sounds lovely! Do you have a recipe or post on them, the pizza potatoes?

I'll have to do a post on them man, haven't prepped them in ages, but the next time I do, I'll be sure to do a post about it. Thanks for the inspiration 👍