Just over a week ago Hard Fork 25 went live and Curation Rewards boomed or bust, depending on if you were paying attention and/or cared enough to spend hours voting pre-fork content. 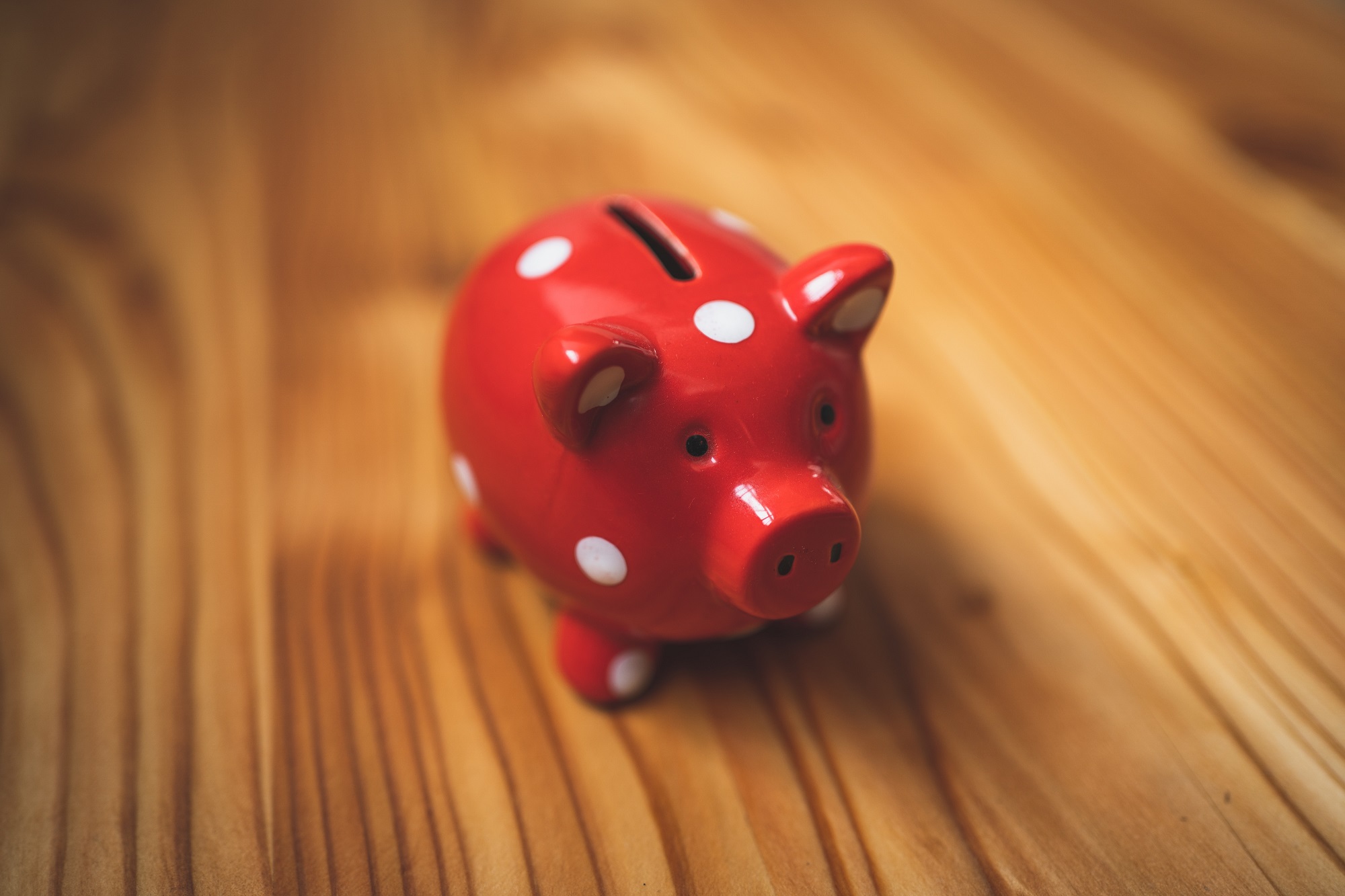 
Whilst I did take part in the 'old post vote fest', I chose (wrongly purely based on gathering of HIVE) not to hammer my VP down to single figures (some did), and ended up with around 350 HIVE more for the week than the previous week. I had recently powered up 40,000 HIVE which under normal circumstances would mean around a 30% rise in CR - a bit less than the 120% or so extra HP earned last week.

I could ask what other people were doing, but I could also wait for this query I'm running to tell me who won and lost CR-wise last week. The SQL query, which is gathering the CR rewards for everyone who cast votes on Hive in the past 7 days, is almost 50 minutes into the job - hopefully it'll be done soon....

53 minutes in the end, time for some tables.

Those familiar with the Curation Rewards table on the Engagement League post can likely skip the column descriptions:

The first table, like the table on the EL post, is ordered by the end column - HP per 100 HP.

If you didn't know some of the coders on Hive, you do now :)

Also in the top 100, some of my buddies who may have received a list of some posts to vote :)

As expected, some of the larger accounts are at the top, but there are some smaller accounts in the top 20 also. From the above, it seems appreciator (8.4m HP) and rocky1 (2.7m HP) didn't get too involved in the festivities - answers on a postcard as to why?

Anyway, the new 'rules' are in play now, and at present I've chose to trail @ocdb. If they can get a vote on content < 24 hours old, I won't lose out as would have been the case prior to HF 25.

Thank you to all involved in the code update, I think the smoothest update yet :)

I tanned my VP and that's for sure. It's almost back though. I can only say that to get on these lists I stood on the shoulders of a giant, a prince among men, a true knucklehead!! :0D

Good to see you in the list along with the KPs and RS, I earned my wine this week :D

Enjoy that fine Spanish vino!!! You have done yourself proud!

I shall enjoy it greatly if England can do a job this eve!

I will be watching it too. Might not be with the same relish ;O)

Thanks for the list, this one and the others. Asher, I was surprised to see myself in there but glad to see us all in there.

Now...Just watching my VP recover. It's like watching grass grow.

A knucklehead and a gentleman, I agree Boomy.

And when you arise your VP will be back to normal.

Tomorrow is the day, back into the normal range. Thank feck!

Yeah, mine's almost back with in tolerance too.

I got absolutely rekt, from 16% curation to 3.3% this week. I’ve estimated 10-12% for active voters after this settles down.

Yeah I noticed you weren't doing much chasing.

I was getting around 35/40 HP a day prior to the fork with 110k vested, I think I'll get around the same under the new code with 40k more in the bank.

"A girl has no stake, so she can utter no words"

Curation from a rewards perspective isn't that interesting for a smaller account - I remember those days well :)

If you want to know where you appeared on my list (ordered by HP earned), let me know below.

Hive curating is not my strong point at the best of times and given I was away last week and I didn't understand how to jump on the band wagon when I got back, I would imagine my results would be pretty dismal.

Maybe I should copy your lead and trail @ocdb . . . But you are only a minnow, and less with the delegation. Splinterlands making up for it though I assume!

Oh dear indeed. At least I will have got something from the tribes.

Splinterlands making up for it though I assume!

I would assume so. I haven't had time to work out any figures. That's pretty low down my list at the moment.

I'll be adding ocdb to the curation trails I follow with my small curation account ( 3000 HP - a pleb gotta start somewhere #passiveincomedream ). Curious about your settings if you are using hive voter, by that I mean for example if you are using 100% weight, if you use scale of fixed voting, etc.

I've gone for 50% (default I think) to start with, as I have autos for 100 or so accounts. This way, if I can balance it right, I'll be rewarding friends and new content creators.

I would like to know where I was on the list. I didn't bother trying to participate in the curation rewards so who knows what will happen.

I got a blue screen and need to run the query again :( It would be quite far down though, this week will be better :)

Yea it looks like I took quite a hit but it should turn back to normal soon enough.

I had one great curation day, after watching the first three almost no curation, I took one day to go on a post hunt. 7.103 HP curation day a record for sure and one that will take a long time to beat. That helped 0.187, 0.153, and 0.755 days. Then I just used a few extra votes to keep close to the 2.0 HP I had been getting for curation.

Looking forward to the normalcy to come.

Looking forward to the normalcy to come.

Same. And hopefully in line with a good run on Crypto these next 6 months.

After that run to almost one dollar hive, at least we did not drop below 0.20 and have stabilized for a little bit in the low thirties. I think next week we could begin the move to 0.40 and hopefully stabilize there for a little bit, then begin a nice run at the end of the month. But that is purely hope.

I certainly took a little advantage of the situation. but really I only sat down for a couple of hours spamming votes on the day it was made public after that I couldn't be arsed.

I think I probably got around 50 ish HP in curation.

@abh12345! I sent you a slice of $PIZZA on behalf of @shmoogleosukami.

As long as you took a little - it was initially going to a few people so it made sense to get involved and share the HIVE out a bit.

That was a bit of fun, though it isn't waiting for the VP to recover :D The next week is going to be slim!

Slim but hopefully ahead overall :)

My pleasure, thanks for stopping by Denise :)

wow! I really need to be more aggressive with this sort of things, but I guess/hope this won't happen again.

Yeah, as it turns out, voting everything was the way to go. I doubt this particular issue will arise again, but I wouldn't bet against other opportunities to rake some HIVE appearing :)

Thanks for this post. I am glad to see the "bonus rewards" were eventually distributed among not so few people. I did participate in this and I did tell everyone to do so too, that was the only way to make the distribution of the rewards as fair as possible. I mean at least under those unusual circumstances...

Yes, I thought twice about bothering but it was a good idea to help share the CR out.

That was a fun little curation game while it lasted. I'm surprised I did so well, but I did spend a decent amount of time voting too. Seems like the # of votes are off, at least for me. It was in the thousands.

Your vote was everywhere!

And you are right, I'm looking at the wrong dates for vote count and will update them to be more accurate later on.

Thank you! I enjoyed checking https://ecency.com/discover to see what my vote efficiency rank was. I probably would have used Ecency to vote (because of the ecency points) except the /payout page doesn't load more than the first few and vote % doesn't start at what the last vote was like hive.blog.

Thank you for the feedback, we are fixing last vote % and will check /payout page. Edit: looks like there is bug on Firefox, works fine on Brave, Chrome. We will be checking and fixing that bug.

Vote count should be a lot closer to the mark now, cheers!

It’s encouraging to see that relatively small accounts made a good showing.