Welcome to the Hive Engagement League!

Thank you to everyone who sponsors and supports the EL, you are awesome :)

If you wish to be added or removed from my master list, please let me know. This league is not based around financial rewards and relates to engagement.

Everyone currently on my master list has a chance here, including those powering down or dealing in delegations over the past couple of weeks. Only the top 100 scores are shown.

The score is made up from a simple formula which uses the following types of engagement:

Note: Copy/Paste comments will be excluded!

@ryzeonline and @tfranzini take 2nd and 3rd this week.

The Curation League - Rewards based

NOTE: If you have started a power-down or have been involved in HP delegations in/out of your account, you will not appear on this list for 15 days following the activities above. Thanks!

A share of around 50 HP for the top 10 in the Engagement League and those not far behind and without a self-vote goes to: 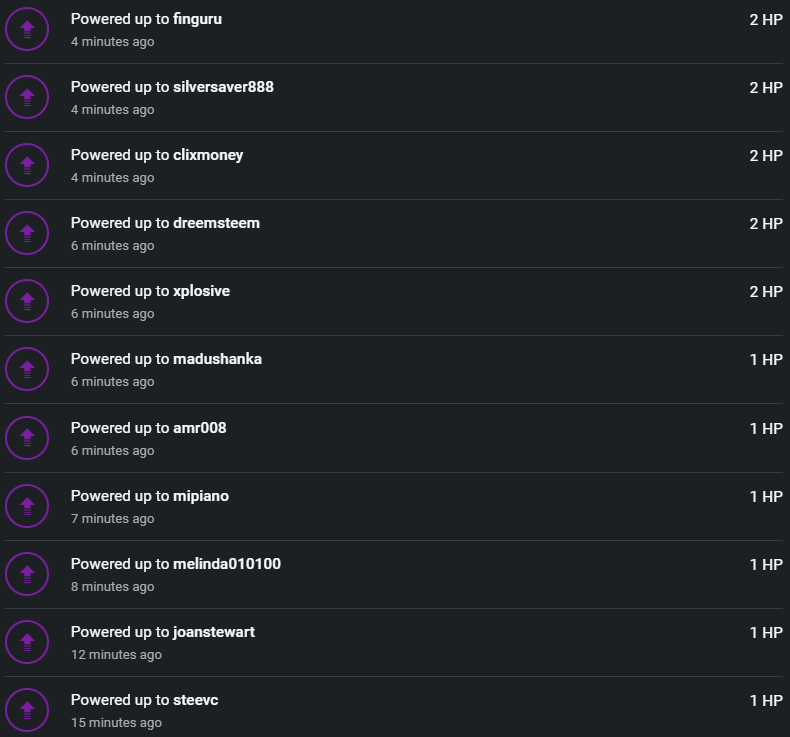 (The wallet transfers were having issues, those that were paid twice, feel free to return HIVE :) )

The list is ordered by the date that sponsor first offered a prize for their lucky number.

Thank you to everyone sponsoring a number in the Engagement League, very kind of you all!

If you wish to sponsor a lucky number (with a prize of your choice) let me know.

Thanks to @good-karma & @ecency, Ecency Points will be given out by @melinda01010 to a selection of accounts that reached the top 100 in the Engagement League. Find out more here.

Have a nice day all!

Omg....I'm strongly jumped 11th place in EL last week. Congratulations top ten engagers. You all were did great achievement. I persoanlly believe commitment is a key factor to bring quality to Hive blockchain. I'll continue my work with manage my time.

Happy Monday, everyone! I feel blessed to have made the list again, and I have massive respect for everyone involved in this endeavor. (It seems like that my drama-sparking posts recently have nudged my engagement higher, lol.)

Anyway, huge congrats to all you fine engagers and wishing you a fantastic week! #TogetherWeRyze ! 🙏

Good job. I think your long comments almost overran me in points this week because I tend to put in more shorter comments and not very many super long ones.

Very much appreciated. And I'd like to say great job on your part! I've seen your comments pop-up 'everywhere', and you totally deserve your number one ranking, quite impressive. 🙏

I would not say I am everywhere but I tend to focus more on LeoFinance with the occasional comments elsewhere. I haven't had as much time lately so I just do what I can. I prefer the @leomarkettalk post since it makes it easier to engage.

Fair enough, well, whatever you're doing, I'd say keep it up, 'cause you often reach rank 1 and it seems to be working well!

My approach (of posting content and then replying to all the buzz on it) hasn't let me over-take you so far, lol. :) 🙏

lol, I agree, great point. That wasn't really the intention of my post, but it is what is I guess. :) 🙏

Apparently, I received double rewards so I have returned the extra to you. Things are acting weird for me this morning so let me know if you never get it.

Thanks again for this great initiative!

Previous comment was a mistake. I did a double check and there wasn't anything out of the normal for me.

Cor blimey, given that my engagement isn't amazing I always get surprised to be in the top fifty!

That will be me next week! I'm in the middle of nowhere on hols!!

Yes and the ladies are present again I LOVE IT !

@blezyn your prize will be send today

Thanks @abh12345 hope you have sun , if so please send some to Rotterdam it’s bad rain here

Thanks @brittandjosie :)) Congratulations to you too and have a great week 🌠

what!!! i won something??? hahahahahah woooooots! :) thanks!!! hahahah

so very cool hehehehe
thank you for the prize - i'm thrilled!

Thanks for the tag! And huge congrats on your consistent presence on the list again this week. :) Wishing you a great Monday! 🙏

P.S. Very interesting how you contrast the stats to how they went last week.

Yes not only competing and commenting is important the stats are that aswell. Maybe the price is the reason but some stats NEED to go up

(grin) Well, I contribute what I can to the cause :D I made a new post just now, hopefully it's valuable enough to spark some engagement :)

Excellent point, and wise to keep it in mind indeed. Thank you miss! 🙏

Hope the rain clears soon into beautiful days after pastures have all been washed clean @brittandjosie and thanks for the mention.

Wahey! Bottom 8 last week, Top 30 this week.... it's amazing what a bunch of effort can do. I still don't really comprehend how people are pumping out 100+ comments a week, let alone 600... that's so much engagement.

Thanks for running this Asher, it really is ridiculously incentivizing!

Congrats to @livinguktaiwan for picking up the 33 prize! I'm not really sure why everyone else is here...

HBI is being registered in a sec!

Thank you so much for the prize @bengy!!! Engagement is really hard work (for me at least), so kudos to everyone else especially those at the top!!

oh that's awesome! hahahaha i didn't even know i was still on the list hahahaha woooooooot!!! thanks!!! i'll check to see if you double rewarded me - and if so - i'll send it back! :)

I sent your prize for being the lucky #9 this week. It should be in your wallet.

Thank you so much!!! hehehehe

so awesome! I love winning things :)

you're welcome hehe
and i DID NOT see anything doubled

but if i somehow missed it??? PLEASE tell me so i can send back hehe

Congrats to winner's. I see i have to do better to by on the list.

Looks like typical summertime numbers this week. Hope everyone is enjoying these mid summer (or winter) days!

Thanks to @abh12345 for putting the numbers together for us!

Thank you so much Melinda! :)

Congratulations to the top three @jfang003, @ryzeonline, @tfranzini! I am happy to see the engagement here on the blockchain. Let's all step it up a bit and help these numbers moon!

Lucky #9 this week is @dreemsteem! Your prize should be in your wallet!

Thank you for supporting this great initiative!

I'm touched and honored, thank you! I love all the engagement as well, and an extra special nod to your 'sponsoring' awesomeness! :) 🙏

Congratulations! You did awesome this week!

Thanks for the rewards. My mistake, there wasn't a double rewards since I mixed up the the previous week.

As every week I want to congratulate everybody who is engaging on the blockchain and especially the winners, of course 😃
This week's Lucky Number 12 is @amr008 - congrats to you too, a ittle prize is on its way to your wallet 😁

Hey @abh12345, here is a little bit of BEER from @johannpiber for you. Enjoy it!

Thank You One And All!

Had this for years, do not know from where or whence..... Hi have I sent this across yet? I feel the posts have gone a little amiss and not sure if I'm keeping up.

Not to worry @melbourneswest most of us are trying to keep our head above water of late. Have a great day!

Thank you I've sent it across :)

Looks like a down week for more than just me, for once I seem to be in the same trend as the weeklies. Two weeks and we will know the results of the HF hopefully. Hopefully this down trend is just pre-hard fork jitters.

Thanks for mentioning ... thanks to @traciyork.

You're very welcome, @stefano.massari! The prize for #42 is in your wallet now...

Have a great week, everyone! 😊

Wow! Thanks a lot Traci, This encourages me to do better and better, also here I found some users with whom writing is really easy and pleasant

How can I entered in ranking? 🤔

I was at the bottom and slowly crawling up 😂 @trippymane, I am above you now hahahah

@abh12345 I would like to be included in your master list. I have been on hive for two months now and try to engage and be as active as possible. Let me know if I need to do anything to be included. Have a great day.

Congrats on your 10th @xplosive!
I'll do the normal and powerup some HIVE to your account :)

Congratulations to the winners and the top 100!
@dreemsteem? YAY!!! @dreemsteem is here!
Thank you to Asher @abh12345!

yes its been a while hahahahaha congratulations to you too!!! :)

That's a wonderful initiative. I would love to be a part of your masterlist @abh12345 and compete with other great authors.

Congrats to everyone who participated and won.

That will be me next week! I'm in the middle of nowhere on hols!!

Sorry for the delay, @shortsegments: I just sponsored you for some HIVE SBI, thanks to your placement on the lucky number #22