Low hive prices are an opportunity

achim03 in LeoFinance • 2 months ago 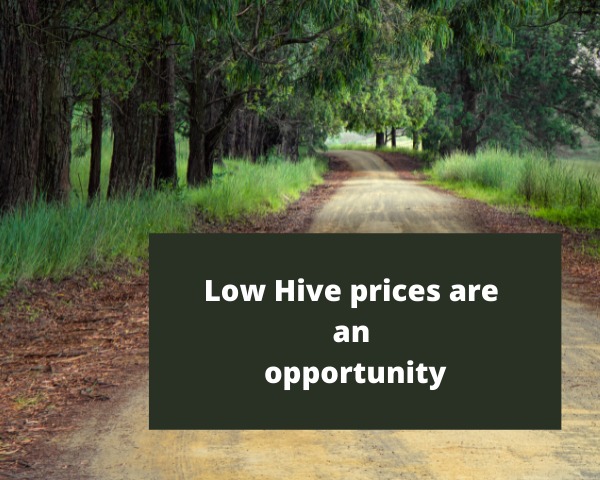 During the last couple of weeks, I realized that the quantity of posts in my feed has been decreasing quite sensibly. In addition to that, I had the subjective feeling that it was mainly the posts that I liked to read that were more difficult to find.

This feeling was reinforced by the fact that I struggled to use my voting power. It was often close to or at 100%.

Since feelings can often be misleading, I wanted to have a more in dept look at what was happening. For that I looked at the amazing stats that are regularly presented by @penguinpablo. In his latest post, I can't help to notice that the evolution of the number of posts in decreasing.

In the graph below, you can see that we had a peak in number of posts in the first weeks of April and since then, the number of posts (excluding comments) is continually decreasing. Since April it's about 20% less posts per day! So what is the reason for seeing less posts and less creativity on the blockchain? Is it the nicer weather or the end of lockdowns in many countries?

I believe that the main reasons are to be found in the financial realm. If I look at the hive / usd price, the evolution of the number of posts follows quite well the price of hive. 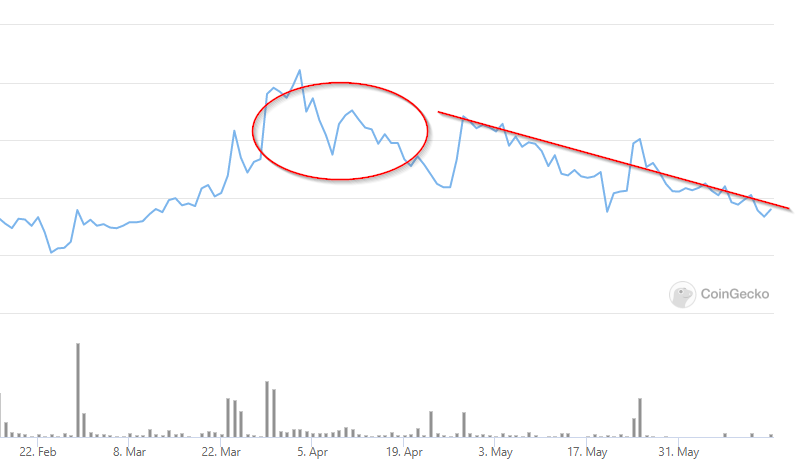 As you can see in this graph taken from Coingecko, I believe that the correlation between hive value and number of posts produced is quite significant.

The best moment to make your place on hive is now!

What people often forget is that the value that is given to our posts is expressed in $ but in the end we end up receiving Hive and HBD. The amount of hive that we receive is more or less the same whether prices are high or low. We should simply continue to create posts disregarding the value of hive.

I would say that such periods with low Hive prices are actually good to improve our situation on hive. The reward pool that is distributed in terms of Hive remains the same. If there are less posts out there, the remaining posts will get higher value. In addition to that, a lot of curators are struggling with finding good content to upvote and if you post good stuff, your chances to end up on somebody's radar are much bigger if few posts are written.

This is not only true for hive but also for all the hive-engine tribes out there. By posting in such an environment, you can get a bigger part of the pie in all these tokens as well!

It's when hive prices are low and people post less, that you can improve your situation here on hive!

The best moment to make your place on hive is now!
absolutely, because this way we can accumulate more hive but sadly many authors don't post when price is low.

When you accumulate Hive in such period of times, it seems much easier than when everybody wants to get the hive :-)

In addition to that, a lot of curators are struggling with finding good content to upvote

Is it? Because I am struggling to find enough hearts let alone HIVE. People prefer to upvote a thousand times reposted Meme but not original content produced with efforts. And it is discouraging. Or may be you need a follower-ship first. I don’t know.

I checked your account and saw that you started on your hive journey about a month ago. I looked at your posts and they seem genuine and well worked out. What you should understand about Hive is that it is almost impossible to find your post. Take me for example. I have a certain amount of people on my feed and I read their posts when I have time. Now you might need to ask how people landed on my feed. For most of them it's people that first communicated with me. They left comments on my posts, I then checked their posts and if I liked their content, I would maybe follow them. Often it took maybe three or four comments before I took the time to look at their posts.

What I want to say is that it's not easy to be noticed on hive and you can't just produce content and hope that people will notice you. Everybody want's to be noticed here. So my advice is to start by giving your attention to others. Try to read a couple of posts every day, engage with the authors. Choose authors that write about similar stuff than you. Make sure that they have some skin in the game (Hive Power). Write meaningful comments, follow them, upvote their posts.

Do this for a couple of weeks and work on these relationships. Suddenly you might see that this interaction is mirrored on your own posts. I'm on it for more than 3 years and it took me a lot of time to build relations with people here on Hive.

Thanks a ton for making me understand this so wonderfully. I agree, I haven’t been with engagement much. The limited I have, I use to create content. I will definitely find time to engage more. Thanks again.

Well, people like to see a high price all the time, quite spoilt attitude....anyway, if you have some upvotes to give, my posts are waiting and will appreciate them lol

I think that emotions can play tricks on us when prices go down. From making us sad to desperate :-)

The reward pool that is distributed in terms of Hive remains the same.

The ones who do not give up will be rewarded better. One of the side affects of crypto is hosting large number of weakhands ^^

I think there are a lot of people who think that crypto will make them rich in no time. So if expectations are not met within a reasonable time frame, they just tend to give up... Good for all the others lol

I don't think my posting pattern has really changed but I haven't really been able to change my own posting habits of going a few days then having a drought for a bit. Either way I am here engaging even if I don't post.

From my own experience I can say that there some periods where creativity will simply not come. I then also try to comment a bit more and engage with others. What I saw is that some people stopped to post from one day to the next and haven't been seen around since...

You know, I gave some thought to this during the deep dive of the market. My conclusion was that some people take a step back because of the FUD more than because of the price action, but the timing coincides. If you are around as much as before, it's inevitable to avoid it, and even if it doesn't affect you as much as others, it can be tiring.

You are of course right that this is an excellent time to stand out, when the activity slows down and feeds are not as crowded.

To be honest I think we are all affected by the overall atmosphere on the markets. We all feel better when things are green. As you said you can't avoid feeling less motivated when things turn south. However I believe that more experienced people can get over it easier and can appreciate the opportunity that is given.