Engagement on Tribes = Ad Revenue = High token price. Past 90 days comments data - LeoFinance high and stable in activity , we are creating history in other tribes.

Good morning to everyone , I hope you all are doing well . I am here to put forward an interesting ( well for me it was very interesting ) stats post with respect to 4 front-ends .

Why does this matter?

We all know that traffic is important to Hive and various communities including LeoFinance . If you saw the latest LeoFinance ads report you will know how much LeoFinance has grown since last year .

Engagement brings traffic too , I personally hop on to LeoFinance atleast 10 times a day just to reply to a comment . So

This is not only true for LeoFinance but for all other communities as well .

LeoFinance has the highest activity compared to other tribes. We all know it but what is amazing is how consistent the user engagement has been .

I have retreived the past 90 days data to see how many users are commenting from various front-ends and here is the data for LeoFinance. 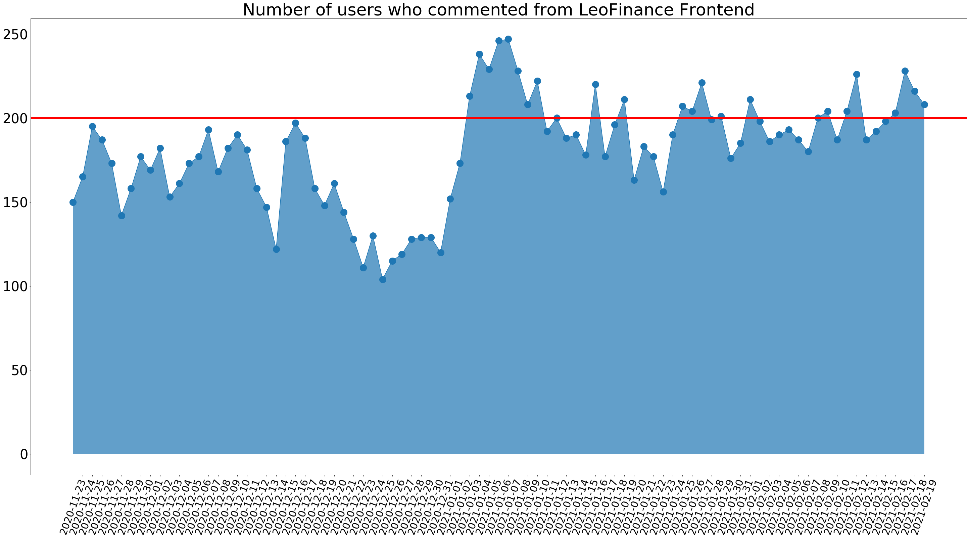 200 is the line I have drawn and we can see that the number of authors are around 200 constantly from past 50 days atleast . We had a drop in engagement during the last week of the year ( understandably ) but after that we are seeing around 200 authors per day .

Number of comments per day from LeoFinance frontend. Users make around 10k comments per day on Hive from various frontends and if you can observe in the above chart , 1000 and above comments from LeoFinance alone , that means 1 in every 10 comments are being made from LeoFinance .

Isn't that poor ratio ? Not at all because of the bots - you can see the amount of bot replies that we get on Hive right ? We have !WINE , !BEER , !ENGAGE and so much more , these are considered as separate frontends ( Mostly as beem frontend if I am not wrong , the API ) . So including all that 1 in 10 comments are made form LeoFinance ? That is amazing .

If we take only past 90 days into picture , we are making history in CTPTalk and STS 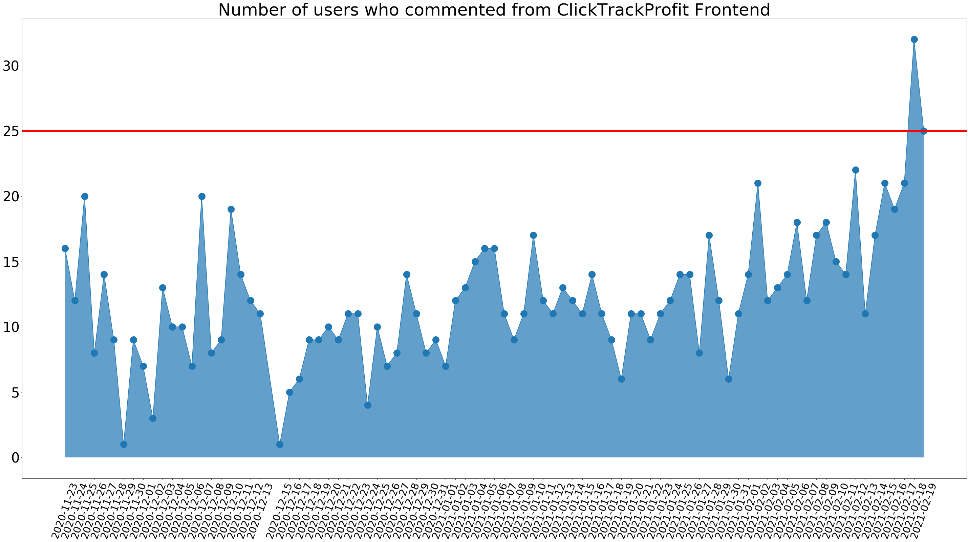 You can see a massive difference in number of comments made , once again in the past 90 days we haven't seen 100 + comments , the average in the first half was 50 but now in the last 4 days we have seen two 100 + comments from the CTPTalk frontend . 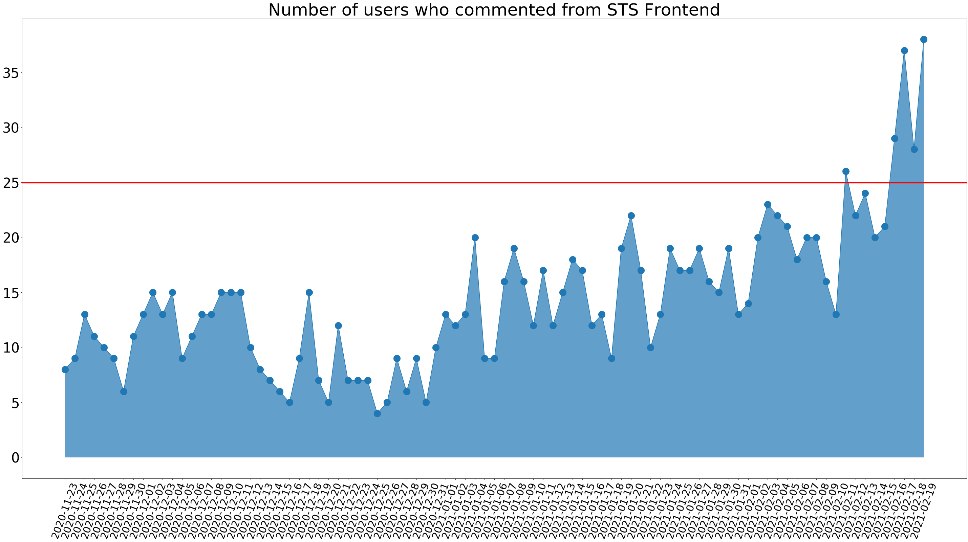 In the past 90 days , only once there were 25 users who commented from sportstalksocial Frontend but in the past 4 days , we have not gone below 25 users at all , in fact yesterday it was the highest with 38 users . Here too , a massive change . We hadn't crossed 100 comments before this week but from past 4 days we haven't come below 100 comments from STS frontend . 17th saw the highest ever with 170 comments ( this is truly amazing increase ) .

I will provide the stats for STEMGeeks next week after I implement some ideas that I have to spur the engagement .

Update on the engagement project -

My next aim - STEMGeeks

I wanna increase the number of users commenting from https://STEMGeeks.net to 25 by the end of March 15th .

I see you implemented what I asked for and it happened so quickly afterwards. I think it should of been easy just changing the dates and parsing the data given the data in your tool since you were already pulling the number of comments from each front-end.

I think it didn't include the unique amount of users so it's nice to know this data too.

Overall I think the data looks nice as it shows that more people are willing to use the different front-ends. LeoFinance shows minor improvements but CTP and SPORTS have show a noticeable difference.

You are right , I just had to make some minor changes to get this :) But I always cross check my whole code when I post something new though as to not make any mistakes lol .

CTP and SPORTS , yes there is a good amount of quality comments being made on both platforms . The SPORTS delegation is increasing day by day to the project too which will help give bigger upvotes and also attract more users.

Glad to hear you get more delegations, it's crucial for the success of the project. Are you happy with the progress so far?

Yes , I am very happy with how things are going with respect to the project but I still have ideas .

One of my biggest challenges right now is to provide maximum APR to delegators and at the same time to maintain the growth of the account . I don't like to power down , I want to keep the 50% as it is staked so I am trying to figure out how I can maximize the APR .

great stats! where/how did you retrieve this data?

The link https://hivecommunity-stats.herokuapp.com/ shows "no such app" for me, is it my connection?

Glad to see that the project inspires people to make an extra effort. Just like I thought it would and this in turn will help each of these communities.

Looks like Leo, Sport and CTP is tagging along fine, but harder for the Stem. I know I never post over there, should maybe start doing it.

Once you start posting you will get a hang of it and other users too will start to flow just atleast to comment .

Good to see the improvement....
Thanks for sharing ...