Bitcoin is slowing down and Ethereum is picking up speed

Today Ethereum has reached another all-time high. It has crossed 4000$ for the very first time. I remember having around 3 ETH in my wallet once for a long time. I then sold it to invest in other cryptocurrencies. It was during 2018 when I was pretty new to cryptocurrencies. I used those ETH to purchase XRP and Litecoin. Last year I sold all my Litecoin holdings and converted it to BTC. Later I then converted my BTC to Hive. 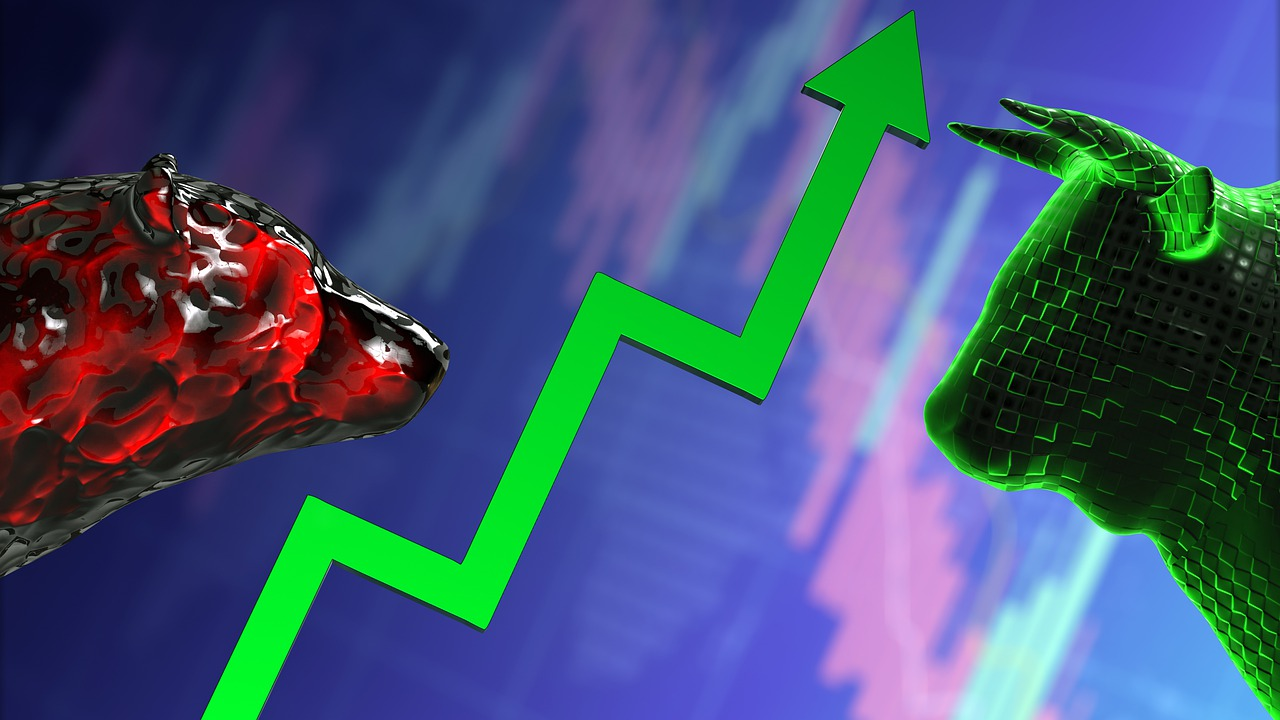 Now I'm just thinking what would have happened if I had just held my Ethereum and Bitcoin in the last two years. It would have been a lot more worth than what my profile is worth right now. I was once having over 0.1 BTC. I cannot even imagine how much I have missed by converting them to other coins. I'm also not happy with my investment in XRP because when I bought XRP the price was almost near 2$ and even in this alt season XRP has not reached my bought price. But I'm glad that I was holding it even when it went below 20 cents and I saw it pump back.

Bitcoin is slowing down

I really think that after the alt season started Bitcoin is slowing down a bit allowing other altcoins to have their fun time. Maybe Bitcoin is staying strong at this price getting stabilized to hit its next target of 100k. People keep saying that there is no bubble in the bull run and it is unlikely that the price of BTC would go down like how it did in 2018. I don't buy that statement fully. The reason is that there will always be news about Bitcoin getting banned and countries regulating cryptocurrencies. When recently South Korea announced that they are going to shut down their crypto exchanges, the price of BTC struggled and the whole market was looking green. People who are here in the crypto world for more than 5 years will know that all this news about countries banning crypto is just another good time to purchase and HODL the coins for the long term. That is how most of the investors here have benefitted. Weak hands will give up their holdings even if they are at loss. I know a person who wanted to get into crypto during 2018. He invested a huge amount of money but when the bubble broke, his investment was cut to half. He did not have the patience to hold it for the long term. He wanted to safeguard at least 50 percent of his capital. I'm just imagining what would have happened to his BTC holdings if he had held it till today. This patience is what is required in crypto investments.

ETH is definitely having some fun

Ethereum is the first altcoin that is having its fun. We have been observing the price of Ethereum for almost 1 year now and the rate at which the price is pumping. Imagine the price of Ethereum this time last year. It is an enormous growth after DeFi got popular and recently when lots of people started creating many NFT based smart contracts on Ethereum. We are going to be seeing some more pumps in this altcoin season. There is a high possibility that ETH would hit even 10k in the near future. I wouldn't give investment advice but if at all people are investing in ETH today at 4000$, they will be reaping a nice profit before the end of the year. 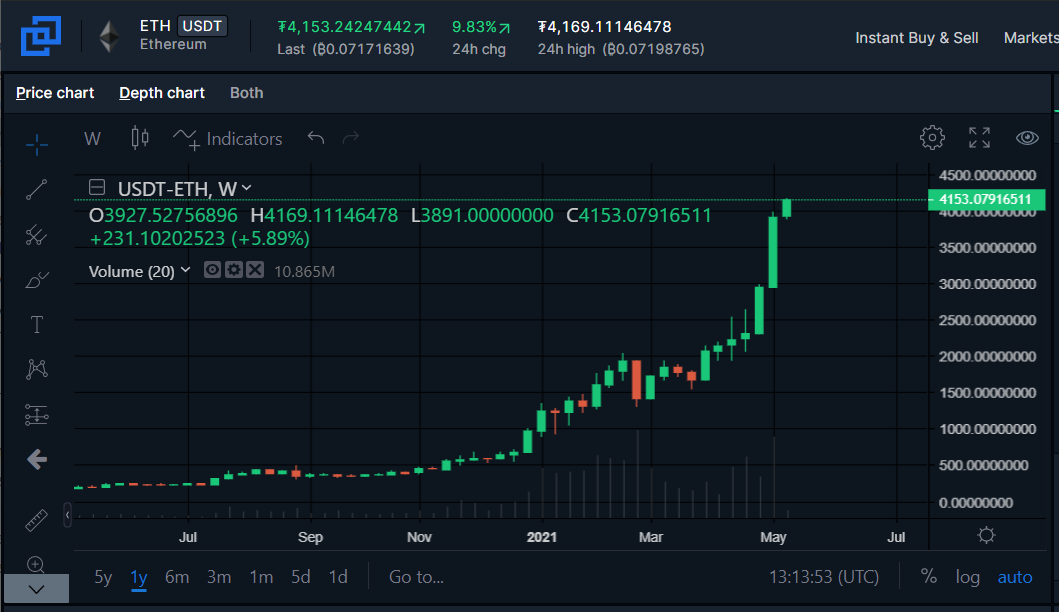 I was initially thinking that after BNB got the same features of ETH with fewer gas fees, BNB would pick up speed and ETH would slowly go down, but there is still no good time for BNB yet. Maybe people are fully used to ETH and they don't want to give BNB a try. Another reason would be because BNB is a lot more centralized compared to ETH. There are also rumors that when ADA and DOT are ready with all the smart contract capabilities, it would give some tough competition to Ethereum. I still think Ethereum would be the winner even then. Let's see how it goes.

I don't know but I do think ETH, BNB and BTC will be higher in the future. I just don't see people dropping them right now. ETH will be a chain for those dealing with tons of money so gas fees don't matter, BNB for the cheaper people and BTC as a store of wealth.

Did you average down for XRP or did you just hold? I don't know if I would really trust XRP to go back to the previous highs.

Yeah BNB is indeed for cheaper transactions. The games and dapps relying only on ETH will have tough times.

I did not average my XRP. I have just been holding them. I should have done some averaging. But yeah it is too late. 😃

Yea it is probably too late and XRP is too sketchy. So I don't think I would even attempt to buy any.

I also agree, ETH has come a long way. ADA in a couple of years can showcase some results but till then ETH is the king. As far as BNB is concerned, may be we can see a pump near NFT marketplace launch, who knows.

Yeah people don't care if it is centralized. People still invest a lot on BNB and relates projects. When NFT is coming, it can be a big hit.

Yeah ADA is showing a great pump. In addition to that DOT is also something that cannot be underestimated. Let's see.

I have a strong feeling about ethereum too. I read somewhere about the reduction in the gas fees in the nearest future. I also feel that the fact that the ethereum block chain is truly decentralised, it has more edge over bnb. Although, due to the rise in the demand of binance smart chain and the need for bnb I think bnb will still be in demand and that will cause it to rise a bit but after this I think there is nothing bnb can bring to the table.

Yes there is a big competition already going on between ETH and BSC and the biggest advantage BSC bring is the low fees. Only if that is solved in the ETH side, it would be fair for the users.

I bought XRP around .60 and was so sad when it dropped to a very low.
I am happy that i did not sold it then and still having my holdings and with a price pump i and feeling even more delighted.
We all make mistakes in life and i consider them learning, don't worry you will have a lot of other opportunities.
!LUV 1

Yeah thanks for the nice words. Yesterday too sold my DOT holdings for 40 dollars but now the price is over 48$. So sometimes things like this happen. But nothing to worry about. Thanks for the LUV. Cheers!