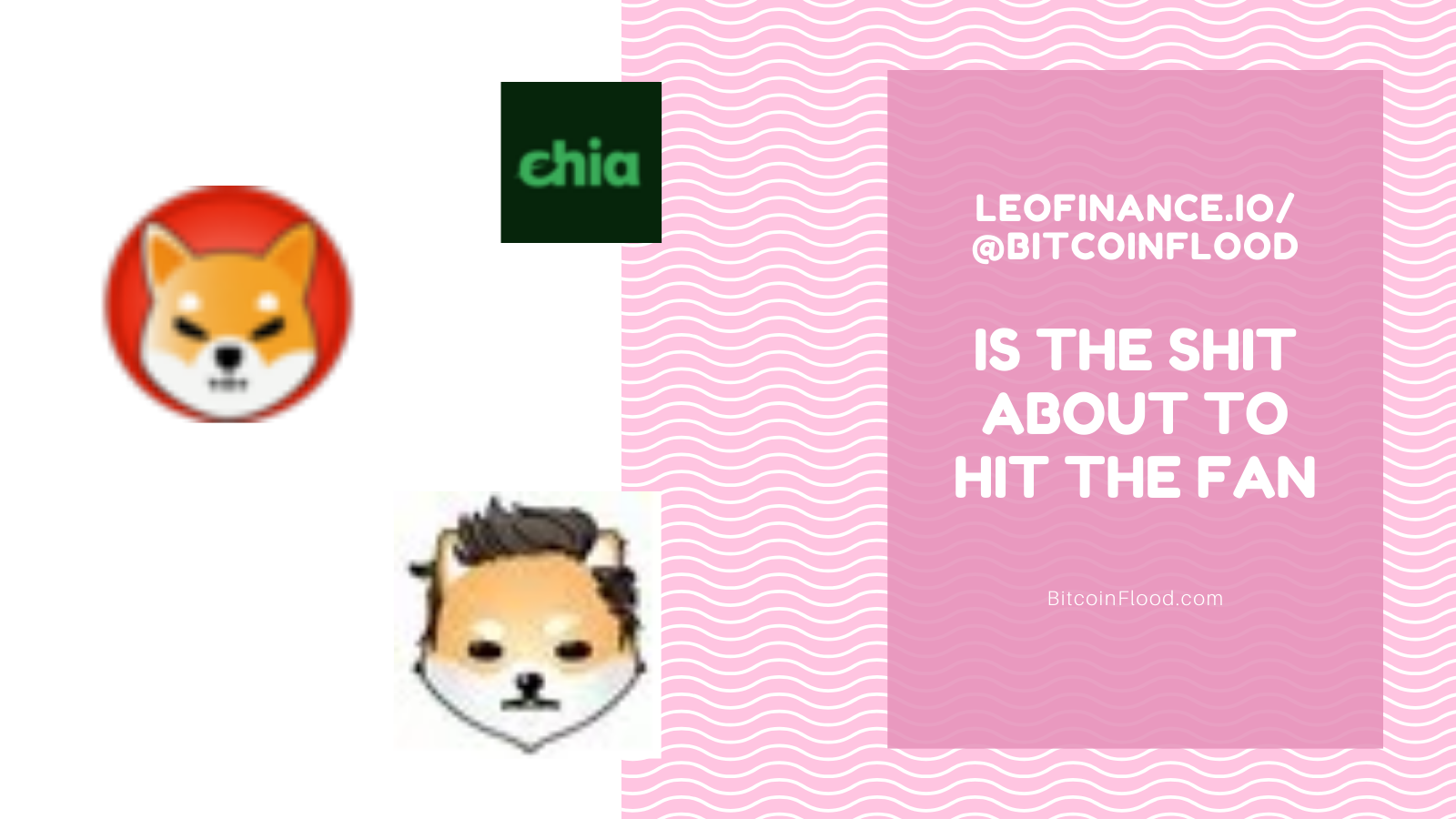 Should you mine CHIA

The other day I wrote about the CHIA network as it's been taking off since May 8th in terms of volume. At the time of writing this 1 CHIA is worth $1,018.10

That older article can be found here

It's now been confirmed as I was expecting that this things while they do/should be run on SSD drives in order to make them fast enough to mine the crypto will cause havoc on your SSD drive and ultimately crash it within a few weeks.

I say that again! DO NOT MINE CHIA ON A HARD DRIVE THAT HAS DATA YOU WANT!

CHIA works by creating plots on a SSD hard drive. These plots range in size from small to large and multiple plots can be added to a single SSD. Most SSD drives you order yourself from sites like Amazon etc. are rated for 600TBW which is terabytes to be written. Have a 2TB SSD? I "should" last you 300 full deletes and rewrites on the drive.

A smaller drives such as 512GB filled with plots will only last you about 40 days before having to be replaced. These will run you anywhere between $50 - $100 for each. While a larger SSD would most likely push about 160 days before crashing.

If you do want to go down this road of mining CHIA I highly recommend that you look at the TBW and DWPD ratings on each of the drives you're picking up. It very well could be worth the extra bucks if it means your SSD is going to be able to handle the stress the network is going to put on it.

These hard drives also run hot since they are constantly being written to. I'd also recommend investing in a few extra fans in your case that blow air directly over them to help the drives last a bit longer and reduce the heat damage that they do cause.

I don't think this is going to be a lasting chain though. The amount of hardware, damage to hardware along with increase in pricing and "chip shortages" means it's quickly going to become a very expensive project to mine. You might still have some time now but it's a hot crypto at the moment.

CHIBA Token Worth It?

There's been a lot of hype over SHIB token on Binance as of the last few days. While the project looks cool and all you have to realize there are so many of these tokens that the price point on them is $0.0000338. That makes it rather boring if you ask me and we've seen plenty of projects with 1 quadrillion coins in total which simply fall flat. We even see this on Hive with some projects. So many tokens for one that it's pretty worthless per token and the human mindset instead does better with a single token being worth $100 + over one that's less than a cent.

What's making me nervous now it's the sheer amount of stupid investing that's going on again. Hell we even have another crypto token called Dogelon Mars which has the same amount of tokens as SHIB. What we will see is more and more of these tokens being created many of which will have premined or other shady factors under them. This will lead to a literal collapse if it keeps up this way. While everyone jumps from one shit coin to the next much like we saw in 2017 and people start losing their butts they will start complaining and call on governments to step in just like they did in 2017. For some reason people don't like to take responsibility for their own actions.

I believe this new "trend" was started by the likes of SafeMoon and now everyone's trying to put a spin on it in order to cash in.

Normally by the time you hear about these shit tokens the profits are mostly gone already. Dogelon would be one of the newest up 241% while Shiba is only up 15.5%

When solid projects start to get pushed to the side over seriously junk tokens people are just making up and cloning you should seriously start to question how long this is going to last.

*None of this is financial advise and you should do your own research and take responsibility for your own bad investing :)

with SSD storage and that many write and read operations, this sure is going to be an expensive project.
Have you already tried it ? who else want to try this ?
!LUV 1

Didn't try it wanted to read up on it more first. It for sure trashes your SSD drives and quickly so it becomes a rather expensive project to mine even more expensive than Ethereum. While you don't have the electric bill you have to constantly be buying more hard drives. Seems like the most wasteful of the blockchains yet.

Sounds like we could be coming towards the end of the alt season then. Most of the stuff I've read has said that the end of the cycle is when people start FOMO buying into more and more rubbish shit coins. That certainly seems to be happening right now.

I'm not looking forward to the moment when they

start complaining and call on governments to step in

Especially since, this time around, cypto is more on the governments radars.

It's what happened in 2017 but still we don't have all that clear of rules in place. When ERC-10 tokens kept launching on Ethereum for all these projects and then bailing people started calling on them. Now it's BEP-20 which is primary Korea so I wonder if they will really ramp stepping in this time. As much as it worries me we still seem to be rallying like crazy. I'm just preparing for the moment it blows up so I can pull quickly lol

Good luck with that. It's way too stressful for me. 😂

What is happening on those SSDs that is killing it? Is it just the hard and heavy usage of the drives that forces it past its limits?

yep, the one negative of a SSD over a traditional hard drive is that they break down over time via multiple read and writes. Since the blockchain is constantly being read and rewrote it heats up these SSDs and wears them down quickly.

how much could you mine CHIA for a smller drive? sound like its just blowing up devices rather than getting income.

Shiba has really been skyrocketing, at least it make people turns into token wth huge supply for a moment

Not much from the looks of it. You actually need a huge amount of hard drive space to get "lucky" and picked for mining the block so it's kind of like PoS.

Their calculator can be found here > https://chiacalculator.com/

I completely agree with you about the shit coins. People runnin around trying to make a fortune in a few days are completely missing the real reasons to be investing and promoting crypto.

Those are the moments that worry me, people start to complain to governments when they lose their butt and don't take responsibility which turns into a big mess.

Definitely. Thanks for the well thought out article.

Nice little disclaimer at the end there ;)

Hey @bitcoinflood, here is a little bit of BEER from @iliyan90 for you. Enjoy it!

Thanks for the info on CHIA:

If you do want to go down this road of mining CHIA I highly recommend that you look at the TBW and DWPD ratings on each of the drives you're picking up.

This is pretty much what I had garnered from my previous research so thanks for confirming.

Dam sounds like this coin is not Green at all. That is going to be so much waste it wasn't funny.

Interesting! I have a drive here that I really don't mind losing so I might give it a try... not sure if I can take any profits out of it but it could be fun

Buyer beware..unless you want to roll the dice. :)