Coinbase Update and What Crypto Will Soon Be Added 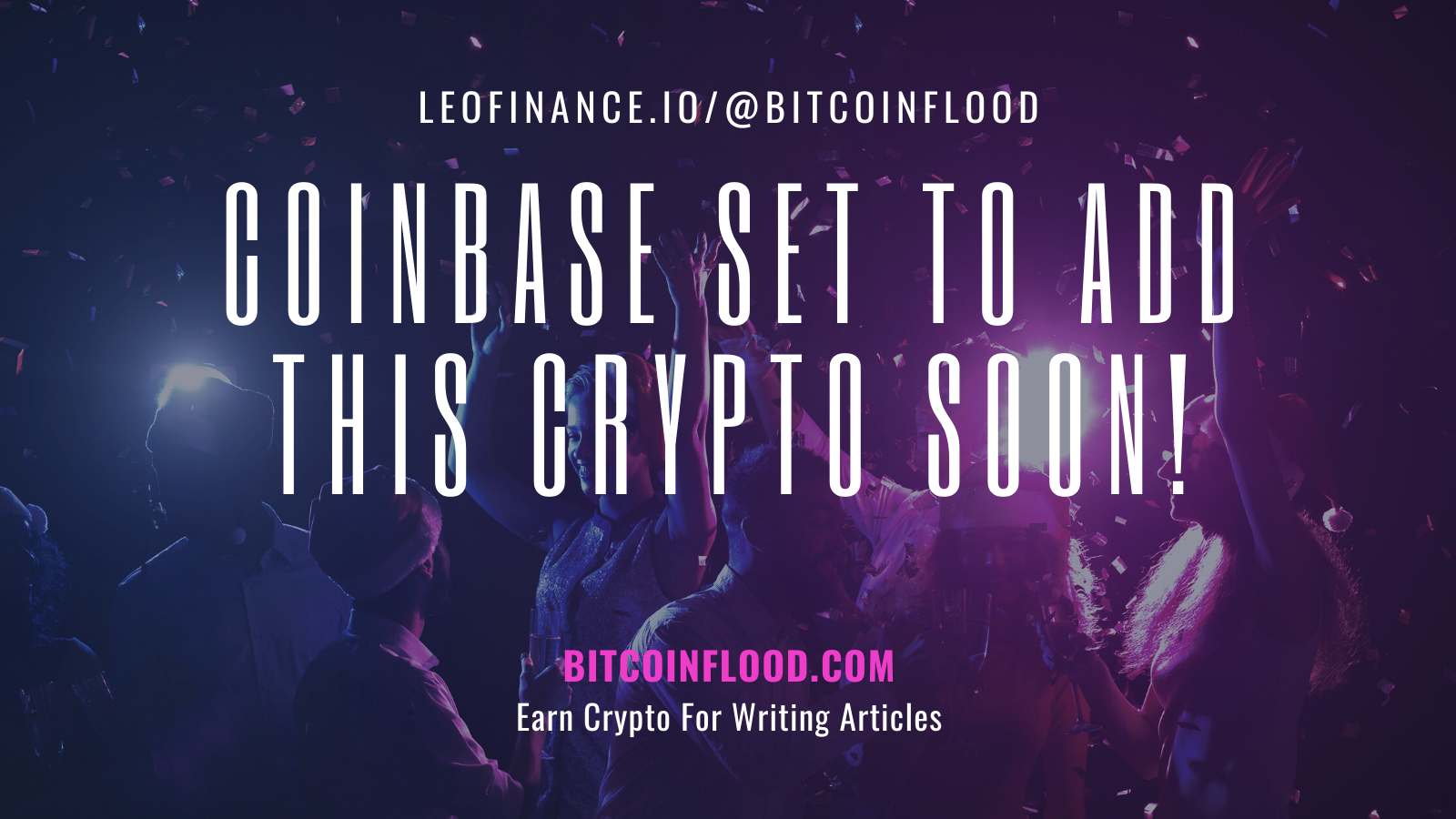 Coinbase continues to hit headlines which is a good thing for the company continues on it’s growth from its IPO. In this post I’ll be going over two big changes that are hitting the platform over the next few months that are announced and known.

Where Does Coinbase Stand Today 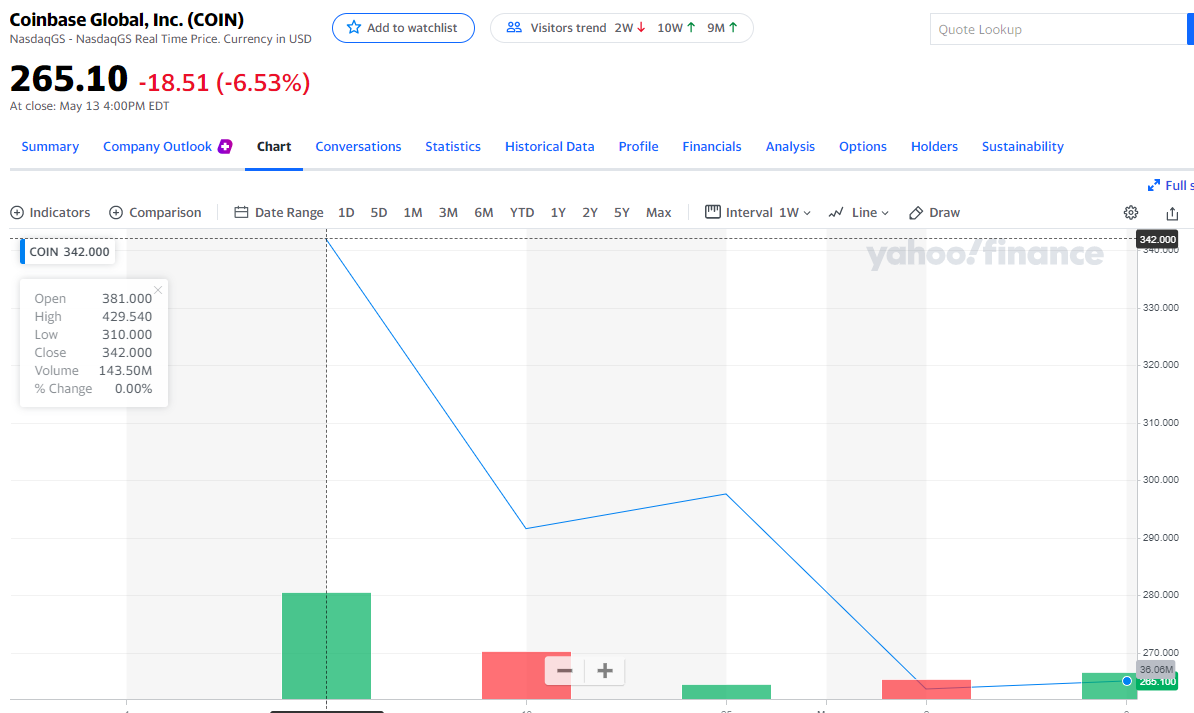 Coinbase stock COIN currently sits at 265.10 drastically down from it’s initial IPO release of roughly $340 which is normal for IPOs. This sell off may possibly continue on for another month depending on how crypto does as coinbases income is directly related to crypto and the fees it collects from transactions.

Coinbase reported an increase in earnings last quarter as crypto prices skyrocketed to all new highs including Ethereum. However as of late the markets have been in a bit of a sell off which honestly doesn’t affect Coinbase in the short run as they earn revenues from the trades that take place be it buying or selling of those assets. They also collect income now through POS coins on their system charging a management fee which is relatively high compared to other options.

The true question of this stock though will be when the bottom hits in and how to really evaluate truly what the price should be. Coinbase is for sure one of the largest exchanges and the biggest in the USA. The ease of use and continued growing options of the platform plus the feel of security of using this platform over other options are clear and will continue to flood both new people and increased crypto assets to the company. (remember not your wallets not your keys which is exactly how coinbase operates)

Just when you thought Dogecoin was going to sell off into nothing the CEO comes out and is reported saying that Dogecoin WILL in fact be added to Coinbase some time in the next two months. This is going to give solid validity to Doge coin and start sending prices upwards based on this news.

However remember in crypto this always happens. As news breaks such as this you will see an increase in price BEFORE it actually really takes place. Thus selling your Doge within the next few days from the hype of this news could be a good play. Waiting until it actually gets listed may very well see a sharp decline in price.

This is also one of the first times that Coinbase has announced this early that a crypto asset would be listed on the platform at some point. Normally it’s hush hush until the day it randomly shows up as an option to buy.
From this news we saw Dogecoin rally up another 15% off from it’s overall brothers and sisters in crypto which continue a slow downward trend.

All in all it’s going to be interesting to continue to watch Coinbases stock as the bull run supposedly should continue on for the next two months. However my feelings are we are not in a bull run and instead in some wild times of randomly throwing money at meme coins hoping to hit the jackpot and win the lottery which over time will have major effects on crypto.

I don't know anymore but I do think Coinbase probably has more downside risk right now. I think Doge might be at least somewhat hopeful since it might add in a few more users and I heard a bunch of the retail mob is using Robinhood to buy Doge. I personally think it would probably be a "sell the news" event as well.

It lost a good amount over the last week. But this could be enough to hype it back up for the short term again. (Might be another small sell window for myself lol)

Be careful though. I suggest you make a few plans incase things go against you. I find these pumps and dumps hard to trade since its unpredictable.

I'm my opinion DOGE is here to stay, it's just too big already to be left in the dirt.

Although we might see a lot of ups & downs in the future, I think it will succeed as a crypto.

Yes DOGE is here to stay but the price itself is going to be pretty much unknown. It could be higher or even lower depending on what happens. As of right now, much of the value comes from the community and it might also be slightly cheaper than some of the other cryptos (at various points in time).

Just adding in DOGE for Tesla and maybe SpaceX might add some extra value. It might be why Elon wants to works with the Devs. But I myself don't really think DOGE is worth the current price. It is just my own opinion.

Personally I like Coinbase. I like it's simplicity for a noob like me. I also use Coinbase Pro to make purchases as the fees are much lower than on the Coinbase site. I understand it is an exchange an there are disadvantages to that. But there are also disadvantages to moving coins around. I'm very conflicted about this. There are so many aspects to this world of crypto

Soany better crypto projects they could add than running the hype.

All the coins will rise and we can't neglect that DOGE will also rise because of the promoter of this old coin!lucky for the holders.