Doge Skyrocket To Failure? What Doge Teaches Us

bitcoinflood in LeoFinance • 2 months ago 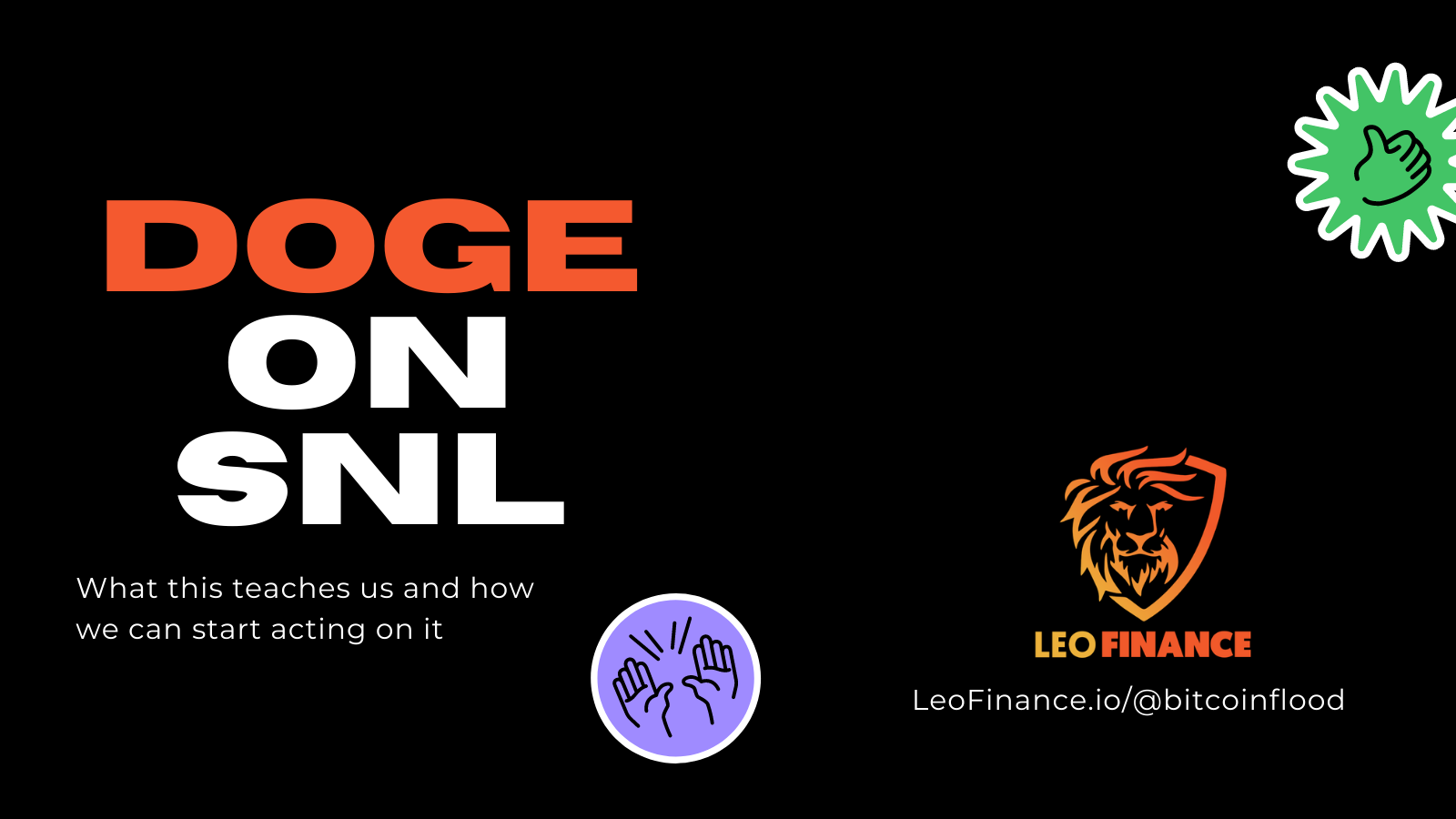 I've written many times before about the importance of Hype and how it generates real value to any platform. This is more apparent than ever with Dogecoin and while investors might not like it it's actually the world we live in today. Influencers play a pivotal part in growing real assets and value over numbers in the books in many cases.

Tonight Elon musk is set to appear on SNL which is a big moment for Elon and also DOGE. I almost expect for the Doge community and Elon to do everything they can to make Doge hit $1 during this time frame.

At the moment of writing this Doge is currently trade at $0.64 so it has to nearly double it's value again to 150 billion dollars in order to hit that goal. Will we see it? I kind of expect not to another 70 billion dollars in 12 hours is going to be pretty crazy.

What I do expect to happen is a rally up until SNL and come Sunday one of the hardest sell offs we have ever seen. Now of course I could be totally wrong it's simply my opinion from what I have seen in cases such as this. However if Elon next announces he's sending doge to the moon like latterly the first crypto currency to reach the moon that's another hype pivotal moment for Doge which is sure to keep prices up and continue to moon.

The reason I wanted to write about this is to show the importance of constantly being in the "news" on peoples minds and constantly developing. More so than ever crypto is moving quickly and in that focus often shifts quickly.

Ever time we started to see Doge nose dive what happened?

Elon tweeted about it and gave it new hype. This is something many of the development here on Hive are lacking. While there is some development going on it's often boring mundane things like changing the APR rate or trying to stabilize a token that has never been stable before.

We need to start using those funds to really build other projects or start helping fund tribes which are actually building front ends. NFTShowRoom for example clearly shows that NFTs on Hive are possible. However only using swipe.hive is confusing and a multi step process at the moment. There needs to be an easier way to either buy hive.swap or a conversion right within NFTShowRoom.

What I've noticed so far is that many projects start on hive but expand to wax, Binance and Ethereum. Simply because Hive doesn't offer these things. These are developments that need to start taking place from the development teams here on Hive. So how do we get there?

I keep telling my little brother that it'll crash tomorrow regardless of what happens tonight. If it hits $1 that's most people's price target it seems so it'll dump and if it doesn't hit a dollar many will panic sell. We could be wrong but I think it is time to look at seriously getting out

Every time I feel like it's going to dump or if it starts to freakin Elon talks about it again lol at some point it has to wear off right? But as long as the price keeps ticking up that's all the hype one needs.

We'll have to see what happens, nothing really makes much sense until it is all done and we can look back on it

I trust the importance of always being in news. It makes people feel the need and importance of the message. Doge, as you rightly mentioned is the classic example of this hype.

@bitcoinflood
The hype really helped Dogecoin to become more popular and grow higher in price....but how long will the hype last??

Yep...
At the end of the day the most important is that crypto is getting a lot of news media attention.
No matter what kind of coin, the good projects will shine and thrive at the end.

I'd say now it would be a good time to short DOGE.

I can agree with that!

I will never understand why people throw their money like this...
it disappoints me greatly...

I hear people say it will be $1 soon. The question is not just reaching, will it sustainable? Hype does not last long. When it collapses, many people lose their hard-earned money and blame crypto for that. That would be a sad moment.

Then later looking at Dogecoin, some people say like Warren Buffett, cryptocurrencies have no value because they do not produce anything.

You called it. I knew that I wasn't touching it with a ten foot pole.