HBD Now at 10% What This Means 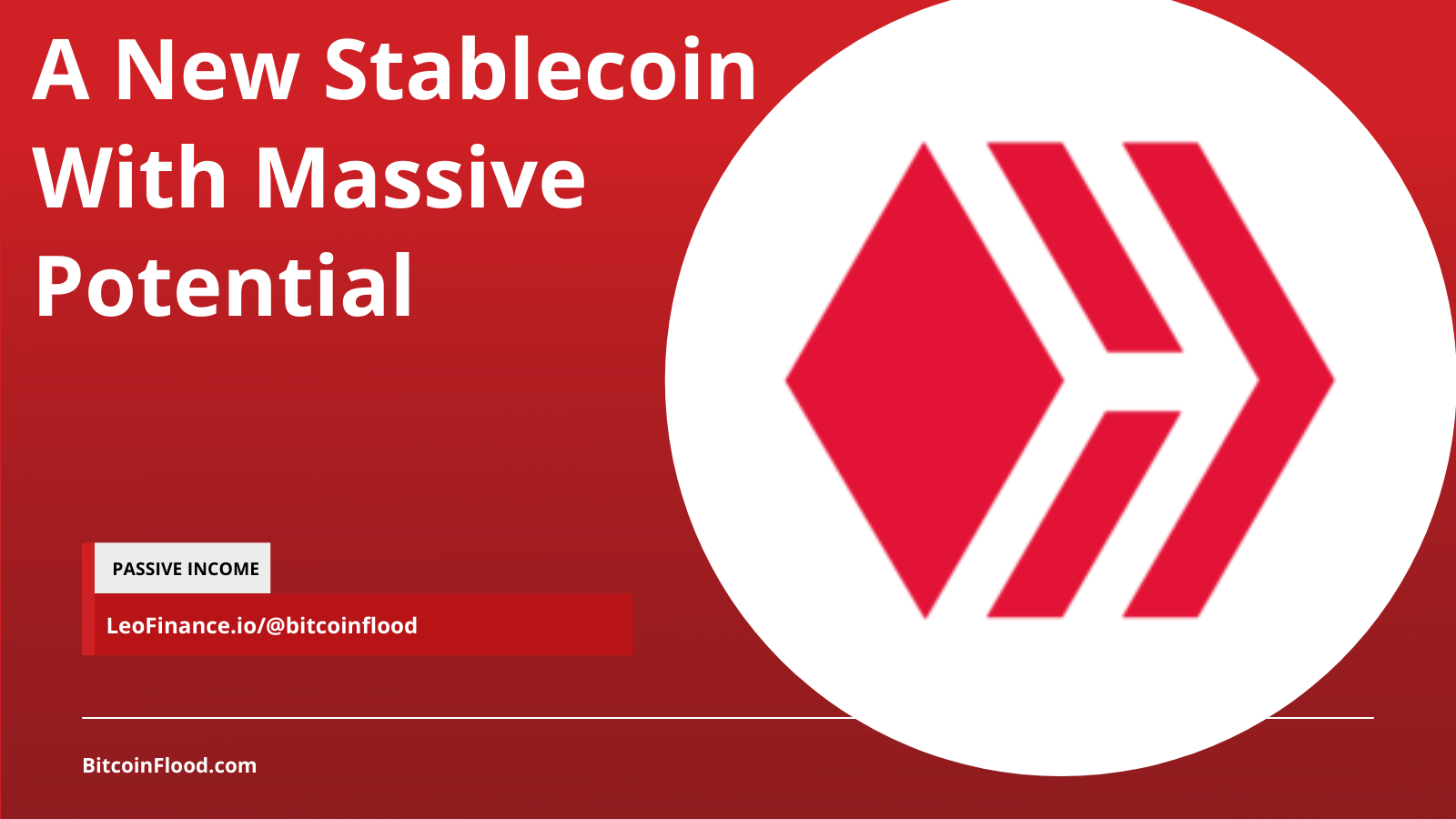 Today Hive backed dollars or (HBD) now has a 10% interest rate on it if it's put in your savings. By placing HBD into savings you are only locking it up for 3 days 72 hours. While it's in the savings it will generate 10%. 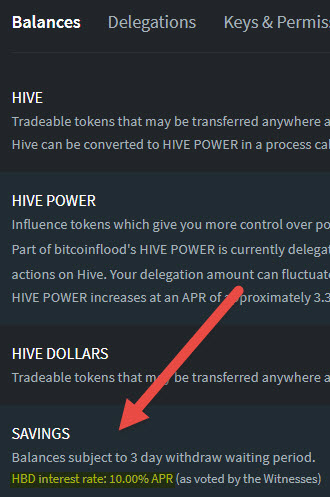 This actually puts HBD into a new category which starts to make it a attractive and competitive token for DeFi and staking rewards.

In fact it also puts it in competition with stocks. Some of the best dividend paying stocks are around 6%-7% this out beats even those now!

Some quick math... *Numbers are rounded to the nearest cent value

You can see that building this up over time and compounding it could lead to a rather sizable passive income stream.

There's been increasing demand from stablecoins over the last few months. Primarily it's been sparked by the DeFi revolution and has the FEDs along with other governments worried. For two reasons.

With all investments there are risks so this is not financial advice. It is simply awareness for the massive possibilities you have here with cryptocurrency.

It's been doing better. As more funds are added to increasing the market cap it should make it easier to hold the $1 peg but for sure more work will need to be done on it.

Yep no doubt about it ;)

EDIT: It literally changed as I refreshed the page..!

PeakD should update soon it looks like a few more of the witnesses still need to approve it and make the change. Agree it does need to hold the $1 peg better but it's getting there. As the market cap increases it should make it easier to have less crazy swings.

I am so tempted to shovel a stack of USDT into it. Given all the drama on this stable-coin and it's lack of backup it may we wise. It's also not working for me.

Agree, currently Binance only gives you 2% for the staked flexible Usdt

Its not even there, its on my Ledger earning nothing!

FFS man, get rid of that shit TONIGHT.

For HBD, or something else? I am getting twitchy.

I've got most of my stables in the 4BELT pool on Cub - 25% USDT and then the other big three, and some pooled with DEC too.

I've also got some USDC in a Polycat Vault on Polygon. And just some more USDC kicking around on a cold wallet.

If I didn't want to do BSC or polygon DEFI I'd stick SOME in HBD for sure.

This my emergency fund so it's important to have no gambles. My keys - my crypto. This is why I want to avoid any DEFI pools.

Ah Well I've got most of my funds in a cold wallet too!

Binance seems to have dropped HBD, I would need to use Bittrex.

Ah yes there is that as well - needing a route out!

I think i have a different view regarding this. You can check my comment down this comment page.

I'm glad that this decision was made as it gives us even more reason to accumulate HBD.

That is so interesting but I wonder if people are going to benefit from this and convert Hive to HBD or buy HBD , Will this cause HBD Price to Rise and lose its stability !

There were mechanisms added in the last hardfork to help maintain HBD price stability. For example, if the price goes up, people can convert Hive to HBD and sell the HBD at a profit, which should bring the price down. Conversely, if price goes down, then people can buy HBD cheaper and hold the HBD for interest and in anticipation that its price will rise (there's also the option to convert HBD to Hive and use the Hive to buy HBD).

If HBD price rise, you can always sell it for more hive and convert that hive into HBD again. This way market can be arbitraged and The HBD holder gains more. It's a win win. This also cause more buying pressure for hive.

It only proves one thing, the more you save, the more money you have, I currently have 110 HBD in my savings and I'll be looking to even add more. Sincerly its cool

Hive Backed Dollar is a truly decentralized stablecoin is we can get the peg to hold. With the scrutiny coming from the different governments and regulators around the world, we might see this stepping up.

10% dang that's a solid amount from a stable coin going to have to look into it more!

Fantastic gain for all. This is a stable passive income that one did not need to be scared of fall in price unlike cryptos.

I sense a big disadvantage as well from this. Take a vivid look at this senerio:

If i have $1000 and leave it here for a savings of 10% per annum meaning after a good one year i will now derieved extra $100, i think it is low compare to the gain one will achieve if someone buy cryto like hive @ $0.35 rate and carefully leave the crypto for a year for a little change in price like $0.05 Because i certainly even if the worst will come hive shoukd not be lesser than $0.40 after a year.

With a stable coin there should be minimal risks as it should remain at $1 at all times. It would attract a lot of investors. Once you start investing into DeFi etc you start running into risk issues even though the rewards are much higher. I'm curious with enough publicity if the $1 peg and 10% will start attracting in investors.

10% is a much better rate of return than my .01% savings interest rate at the bank!

It is great that the interest rate has been increased to 10% from 7%, in fact ever since the hard fork I have been sending the small HBD I earn from posts to savings.

I like this change a lot and 10% interest is amazing. Certainly, a good reason to hold more HBD and earn passive income.