How Does The Crypto Crash Effect A Stock Like Coinbase?

bitcoinflood in LeoFinance • 3 months ago 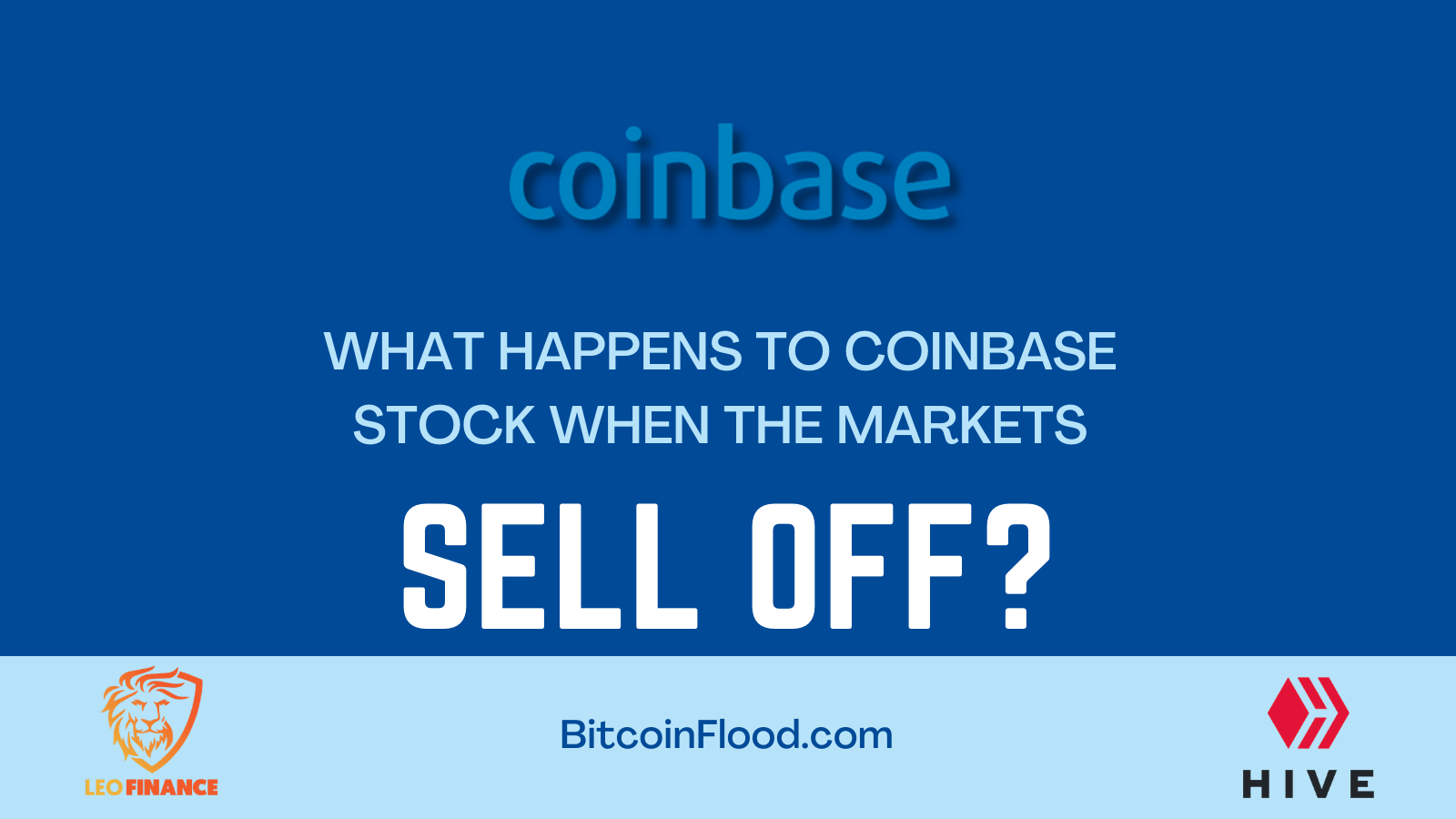 I've written about coinbase in the past once when the stock went public and another time as a one month update to see where it was. Shortly after that post here

https://leofinance.io/@bitcoinflood/coinbase-stock-update-and-new-features
Bitcoin and all of cryptocurrency crashed by 25% or worse.

The question that comes to mind now is "What kind of effect does that have on the stock price of Coinbase?" 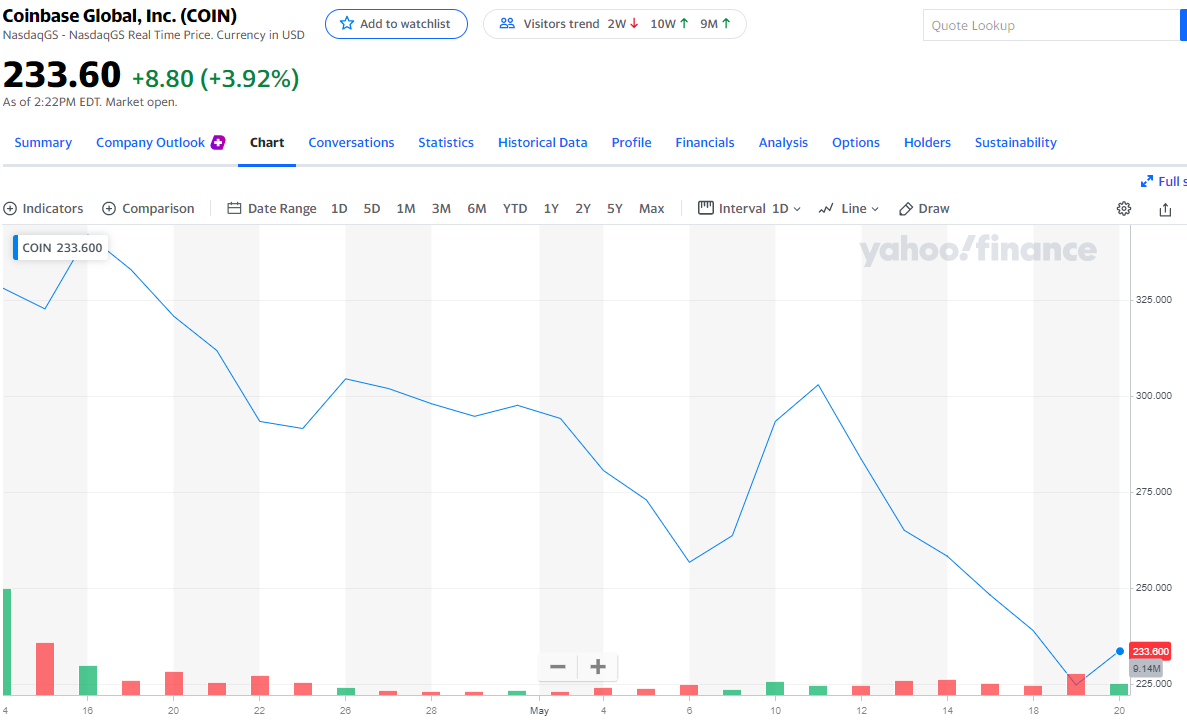 While the price was down yesterday during the sell off it was already dropping for days before it even happened. The stocks now way off of its IPO price of about $250 and currently is sitting at $233.60. That means if you bought the IPO at $250 you are now NEGATIVE. Yep, negative for getting in early and holding the IPO.

Now while other news FUD might be telling you that this is bad for Coinbase it's actually good for it. You see coinbase collects a fee if you buy or you sell and also proof of stake. What happened during the sell off? More transactions went through seen here. What we don't really know though is how many of those transactions took place on Coinbase, if the fees are instantly sold to USD or held and how exactly coinbase operates on those levels and if they end up staking some of it themselves.

In a way it hurts Coinbase's underlying income as even though they earned more crypto from a increasing in buying or selling if it is sold right away at the point of the transaction then the decreasing value of crypto would in fact hurt bottom lines of the company. It would take when they normally earn and drop income by about 20%- 25%.

As long as the price is rallying and transactions are high it's greatly beneficial to the Coinbase stock. However at times like now where there is a massive sell off with minimal recovery it's actually damaging to the company in terms of revenue earned and the overall stocks price.

I think in the coming days the price will hover around the same. However when the earnings report is due and if crypto stays on this lower price with a decreasing transactions the stock will most likely have a drastic 10% + sell off.

*This article is for entertainment purposes only and not financial advice.

I think it won't bode well for COIN for at least a while. I think they were talking about how Coinbase servers got shut down due to the huge amount of traffic and I also wonder how many of those went along with the FUD to get out of all crypto positions.

For some reason, I can't seem to get rid of the $100 or so price target on COIN when the IPO was still in the news. They later increased it to $250 but I almost feel like that was what the financial guys valued COIN at.

Ehhh those shut downs and unable to access the exchanges when things start to get crazy seem like a safety measure for them more than anything else. I know I wont be messing with investing in COIN there's way too many unknowns for me that make it not worth the investment. No dividend either.

It turns out an interesting investment in the stock exchange, which consists in investing in commissions from transactions. I think this might be interesting in the long run.