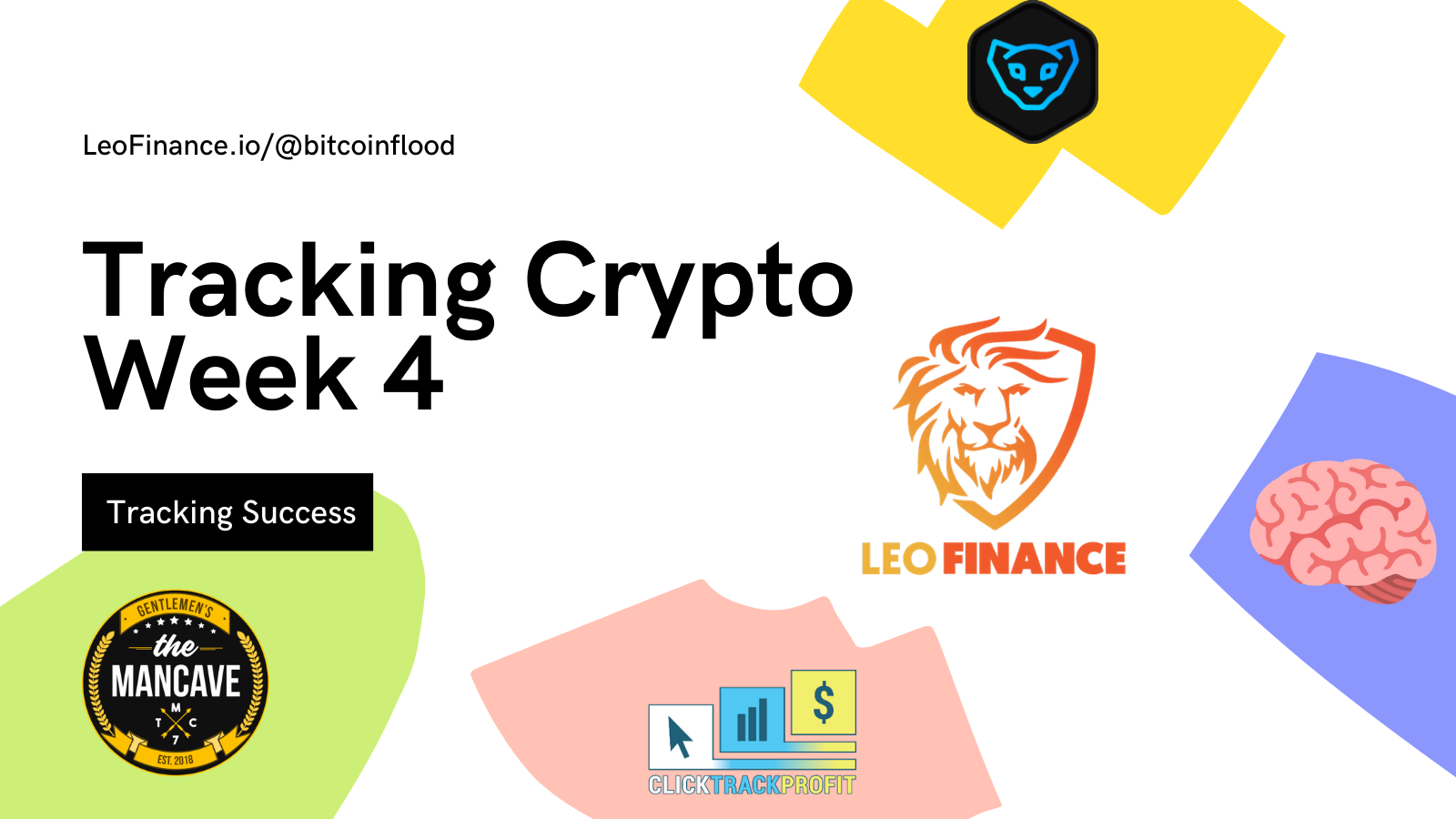 It's been a full month of tracking and I have to say this little report has helped me greatly for keeping on track with a number of goals. Not only that but I've had a few people contact me and ask me questions about what I'm doing to achieve these goals. The simple answer... Work, Engagement and Stack.

Work - Yes, it's work I set aside now roughly 4+ hours daily even on the weekend thinking, researching and writing.

Engagement - Just like you would want someone to read and comment on your articles you too need to go out and engage with theirs. Not only will you make new friendships but you might just learn a thing or two.

In fact if someone leaves a worthy comment here on my posts most of the time I will give it a small upvote. This often times will reward you not only hive but leo, broadhive, pob, neoxian, ash, archon, ctp and bpc all from a single comment. You'll also earn curation rewards for upvoting my posts such as this within many of these Hive tokens.

Stack - Constantly power up. Every time you do it compounds your wealth in crypto. Here on Leo/Hive it does it by curation, APR and authority on the platform.

There is such a wealth of knowledge here on Hive and LeoFinance that it's just crazy! So many talented smart people that really do pour their heart in sole into what they write and you can clearly see their passions and expertise. Be it photography, investing, marketing or robots/ai there is just so much to learn and honestly fascinating. 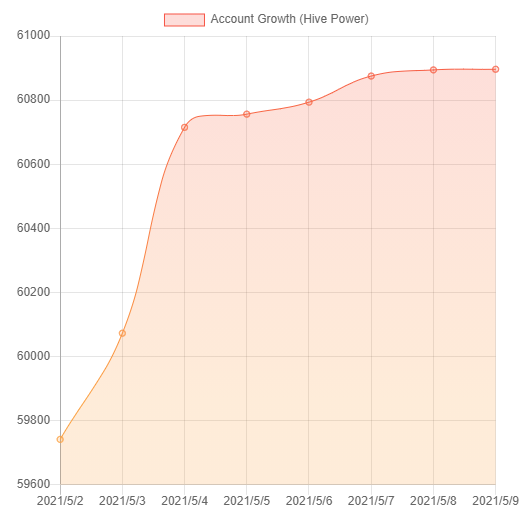 Small compound increase but looking to ramp this up this week after I wrap up another project that's currently in the works outside of hive.

For the most part I've stopped investing in many of these unless it's passive or a reward. Instead I'm focused on ownership of the miners myself and jumping on new community miners as they launch.

My end goal for all of this is to have more authority on the platform but mainly a way to substitute income so I can justify spending more time here. That time will come in the form on onboarding even more users through front ends such as NFTShowRoom, LeoFinance and gaming.

From there I'll be looking into building my first front end either a project, hive defi or a community. There's a lot I want to do but I need to find a good team to do it with.

Go for it hehe! :D
Everything is comoounding here like you write about 8D

I am also working on getting some passive income with tokens and delegating to accounts :D

Those are some amazing results.

I appreciate you sharing your approach. Typically, I spend time thinking about posts and writing them day to day. I haven't sat down to think up ideas in batches, then work on them. It's probably a more efficient approach.

Crypto is a little difficult I'd have to say 9 times out of 10 my articles are on the spot via news or platforms I'm learning about at the time. most recent one I dug into was CHIA

How are these calculated? Are you saying it is around 49 bLEO invested?

I am a bit confused because I did put in stuff in the LP this week but it came out to a small number in the pool even though the dollar value is right.

bLEO-BNB LP is just from my first initial investment on day one so I know how much I put in.
CUB-BUSD LP is pulled directly from the site. I believe but I could be wrong it means that 35.49 CUB are backed by BUSD value. Now I added those in there when Cub was like $5-$7 so I'm very tempted this week to start stacking in here again.

Yea I am very tempted so I actually plan on moving some more into the LPs this week. It would satisfy my goal of at least 200 LEOs this month into Cub Finance and I guess I will put it towards the LP.

I find the following tool good to keep track of my LP value since you can have more or less of a token due to price fluctuations.
https://mycublp.holdings/

Nice, Yeah I have a feeling DeFi is going to explode over the next year and Cub hopefully will be in a position to lead the way. Going to take a lot though.

Congrats on the progress! That's amazing. I also love tracking my progress here, though only once a month on power up day. These kinds of posts really let us keep our focus on our targets.

I did take part in power up day this time around even though it doesn't really "count" but it was cool to see everyone who is a part of it and watch their actions. There's a lot of good here that I want to continue to amplify. Tracking success is important it's a great way to build yourself and keep you on track to your goals.

That's a very good progress.
You are doing really good in all tribes. 1,154.42 Hive power up in a week is a lot. Certainly for me, it more than my entire power :-)
Good luck with your targets and journey.

Wasn't done over night lol lots of investing, time and engagement. Keep crushing it and brining value each day and consider investing.

It's very obvious that the time and effort you are putting into this is yielding great results. Thank you for sharing your progress. I stake pretty much everything I earn in crypto as well.

It's literally a full time job 7 days a week right now lol but I'm enjoying it. Looking to start diving into some other things now. I believe this week will have a heavy dedication to DeFi

Hello @bitcoinflood! As long as you're enjoying it then doing it 7 days a week is a good thing. I am working at it more slowly but that works for me. Have a great day! 😀
!ENGAGE 10

Wow 4+ hours is some serious commitment. A real side-hustle, with the potential to become more than just that eventually.

Good luck with that!

Also am intruding thought to start investing in miners rather than dividends tokens.

Thank you thank you! are there details about how tipu works?

Yes you can find them in their web:

At the bottom of the page after the curators list

Congratulations man. You are setting the bar higher and higher. Learning a lot from you!!!