At Last! (A Bittrex Story) 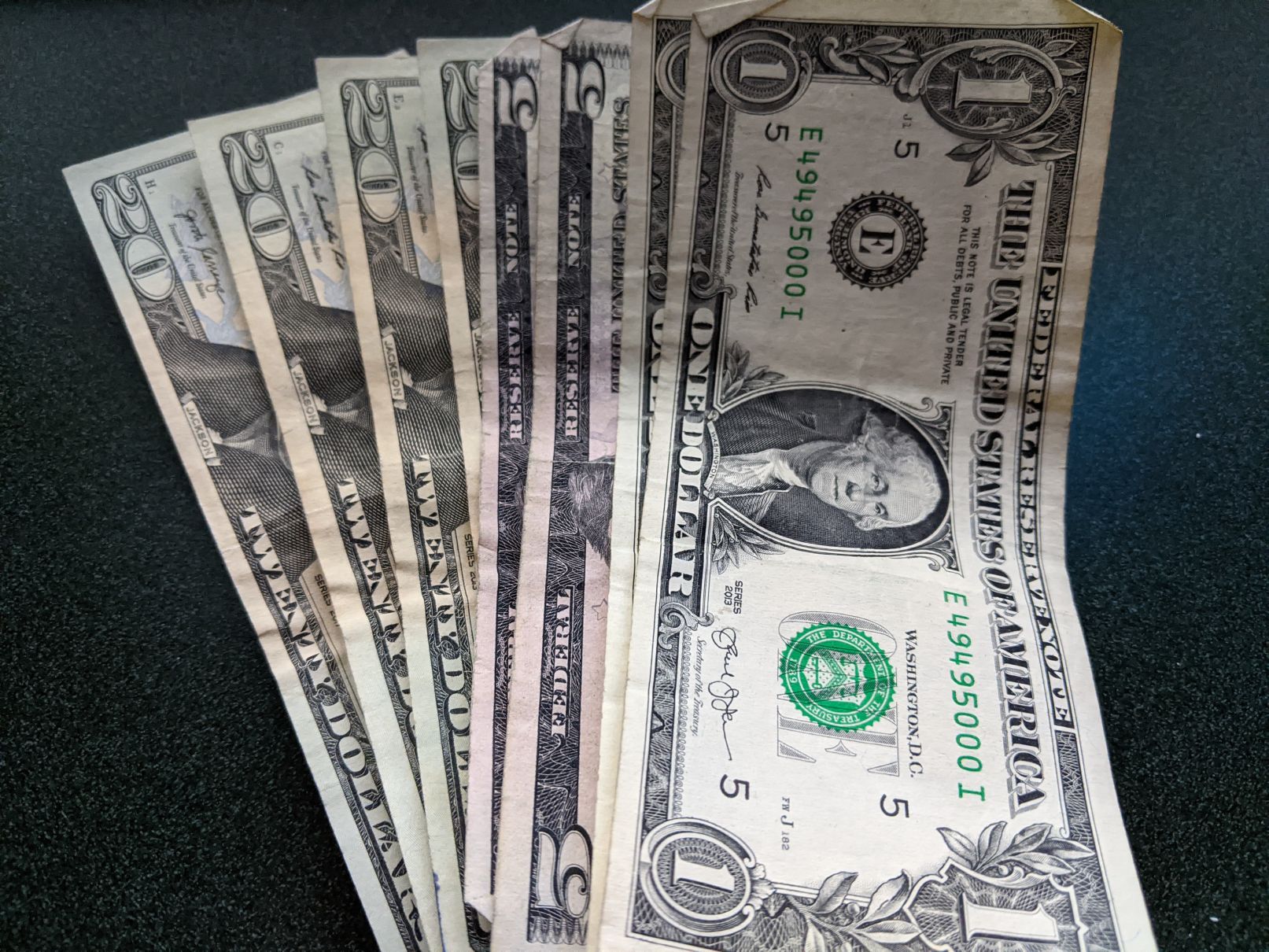 It was around that time that I was hearing from @trumpman about this token called AVA (Travala). To be fair, he had been posting about it much earlier than that, but it wasn't until October that I actually started paying attention.

After several failed attempts to purchase the token through other means, I decided to move some ETH over to Bittrex so that I could convert it BNB or something like that and pick up some AVA. I don't remember the exact details now.

I do remember that it was about .02 ETH that I moved over to Bittrex. The fees were equally high back then as they are now, but I wanted to get my hands on some of that sweet sweet AVA.

After sending the ETH over, I waited, and waited, and waited, but nothing showed up in my Bittrex wallet. Looking back, I should have just used Binance, but I am in the US and I was concerned about all the logistics of that back then. Luckily, I don't really care about all of that anymore.

Anyway, I waited about a week or two and when my funds still hadn't showed up in my Bittrex wallet, I contacted support.

They responded right away, but it was one of those canned responses about how they were looking into it. Since I had made the deposit on February 17th, I figured worst case it just fails and the tokens go back to my MetaMask Wallet.

That wasn't the case.

March 1, 2021 - No new info from them. I reach out and let them know that I haven't heard anything

March 4, 2021 - By now it has been two weeks plus since the transfer and my funds are still not in my Bittrex wallet. I let them know that.

March 9, 2021 - I reply to them again letting them know that it has now been close to three weeks.

Finally a month later on April 14th I get a reply from them saying that they are still looking into it. They ask me not to open any more requests. I had simply been replying in the existing request, so I am not sure if that was a canned response or they were trying to tell me something.

I reply on April 14th and tell them thank you.

At that point I had all but written the whole thing off, but finally Monday 5/10/2021 almost three months later, I got another response from them.

The deposit is pending to your account because the deposit amount did not meet the minimum requirement to complete the transaction.

The pending deposit cannot be cancelled. The only solution is to create an additional deposit with enough coins so that the total of both deposits meets or exceeds the minimum requirement.

Luckily, I had a little more ETH in my wallet, so I sent over another .03 and paid a whopping $33 to send it over and boom just like magic the ETH was finally in my Bittrex wallet.

While I accept it is possible that they warned me of the .05 ETH minimum and I just missed it, part of me feels like it should have been more pervasive. I guess in the future I will have to be sure to look closely at what I am sending and what the requirements are. I know I have run into similar issues on Crypto.com with withdrawing BTC an there being a minimum amount you have to withdraw.

For now, I am just going to let that ETH sit in my Bittrex account. I am done dealing with it for a while!

It sounds like they need a FAQ for people to go to mentioning the minimum withdrawal amount. I am glad you did get your AVA and your ETH back.

It is possible that there is something like that. It is likely buried. I place some of the blame on myself for not paying better attention. I am just glad it was resolved. I don't feel like I should have taken this long for them to figure it out though.

Yes, one of the problems with "being your own bank" is you have to know the rules. lol I'm glad it worked out. Plus, it doesn't hurt that that ETH doubled? tripled? over that time frame.

Yeah, that doesn't hurt at all! I am certainly going to look a bit closer next time I try to move anything in or out of an exchange.

Dissappointments can sometimes be a blessing,the ethereum price can go much higher and higher in the nearest future thereby enabling you to earn good profit on the ethereum...its good you kept it in your wallet...@bozz

Thanks, I certainly hope that is the case! I did a bit of research yesterday via the Leo Talk post and it sounds like I will just be hodling it for the time being!

If you followed @empoderat you would have heard about AVA long time before @trumpman started trumpeting about it, but it wasn't late at that time either.

Seems like Bittrex is quite a shitty exchange. If you ever need something from Binance ask me and I'll buy it for you, I don't live in the US and I have no problems using it.

I know how it feels to get screwed by exchanges and wat months and months for getting your hands on what's actually yours. It happened to me as well.

Thanks for the offer. I actually am okay using Binance now. I just take a quick trip to Canada and everything works out fine! Good thing I live in a border state! :) Yeah, I wasn't following him until just recently, so I totally missed out on that.

Great. Nevertheless @trumpman has shilled quite a few gems around here over time.

Yes indeed! I am hoping I can get in earlier on the next one!

Glad you finally got your ETH but what a bloody palaver!

I have notes of the minimum amounts you can withdraw from crypto.com because I've been taking part in their supercharger events and it suddenly struck me that I probably wasn't making enough to be able to withdraw.

That indeed is the case but they now allow dust withdrawals, meaning you can convert all your odd coins into CRO with the touch of a button. That's handy. 😊

I have done that dust conversion to CRO a couple of times now. I am also taking all of the BTC that I have been earning through mining and converting that to CRO. My plan is to have a pretty decent CRO bag by the time the next bull run really kicks in. I want to be able to get one of those credit cards too.

I've heard a lot about the credit cards but couldn't see what every one is raving about. Is it just the way they look? 😂

No, they look cool and they offer some bonuses too. Rebates in the form of CRO and free annual subscriptions to Spotify and Netflix depending on the level of the card. A couple of other things too.

Argh I hate min deposit, And that one seems really high. I mean I get not wanting dust but that's not dust.

Yeah, I think it probably wouldn't be so bad if the fees weren't so high to begin with. Who knows I guess.

Leaving that Seth there is such a good idea. I see a bullish run for Seth in the upcoming month.. Anyways congratulations on getting your sweet AVA

Thanks! I appreciate it. I am really excited to be holding that AVA. I just want to kind of forget about it and let it work and then when things open up for travel again I can be like oh yeah, I had that AVA sitting out there!

Oh Man.. Come on. Why can't the just make the transaction fail if it does not exceed the limit. Easy enough anywhere else. That is SO frustrating. A bit more of a warning would have been nice.

Yeah, I agree on that. A simple fail would have been much better than the funds just hanging out there with literally no explanation for three months. I guess the good thing is the price of ETH appreciated over that time, but still...

I had experiencing same problem several times, not just in bittrex but at other exchange also, simply because i didn't meet the minimum deposit threshold.

At least lesson learn, i make sure to always check on minimum withdrawal or deposit before making transaction in exchanges as they are sometimes can be very high compare to other excahnge

These exchanges have to have a valid reason for it I am guessing, but they need to understand as more average citizens start moving to crypto, many people aren't going to have the funds to cover these limits. It is going to be a barrier to adoption that needs to be adjusted.

in some cases that is really a barrier. If only the gas fee has not been so expensive, i would definately use DEFI to trade instead of those kind of exchanges.

Ethereum fees are BRUTAL. Glad you got it figured out even if it took them months later...

Yeah, they are just about the worst. Better than they were, but still just ungodly horrible.