My unsolicited thoughts on the Hive powerdown period

bozz in LeoFinance • 3 months ago 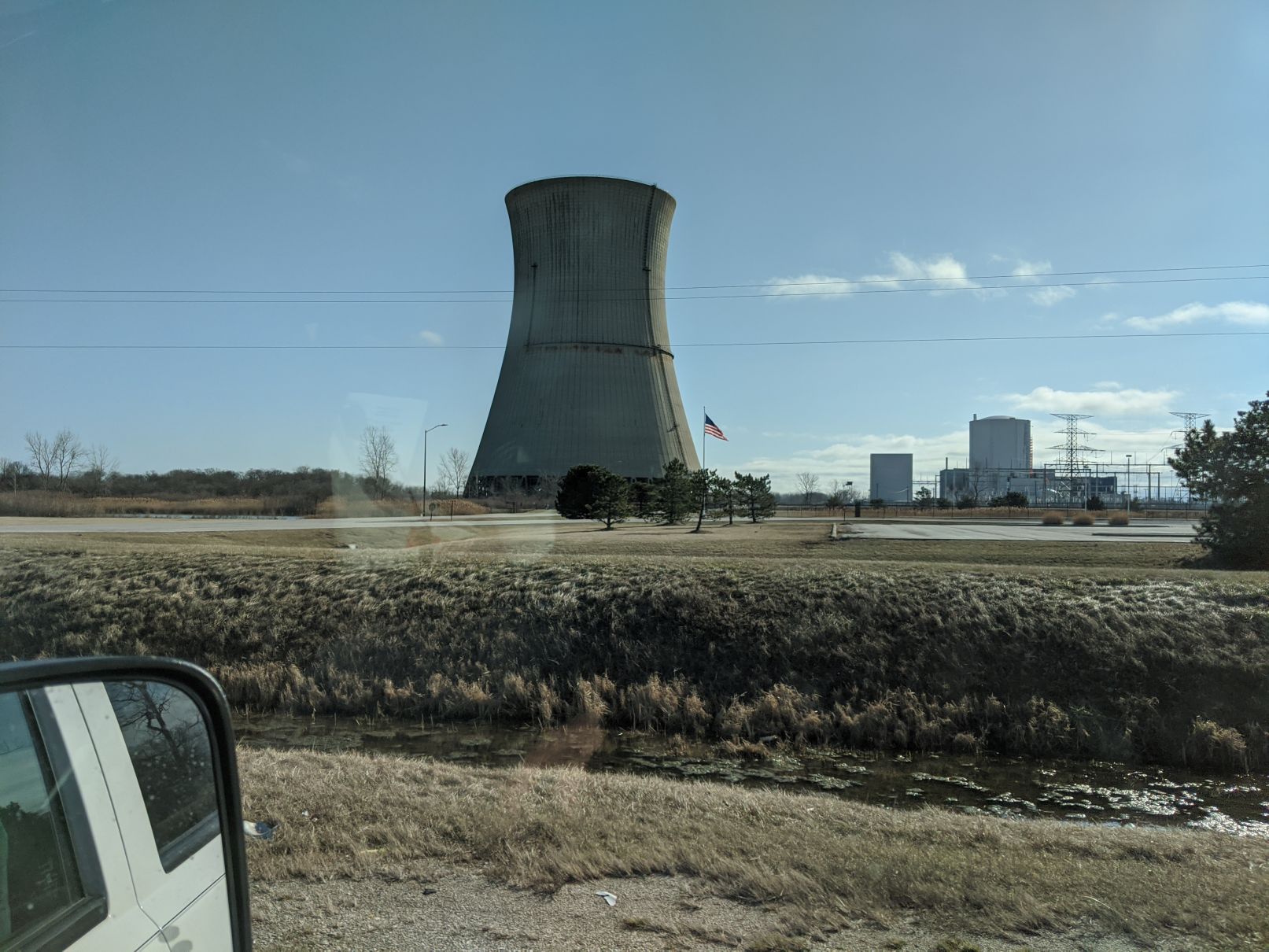 The other day I was reading a post by @edicted that brought up something I haven't thought about in a long time. To put a number on it, it would be just about one year exactly I guess.

It was right around the time that the Steem takeover was taking place and one of the big sticking points for the witnesses was the reduction in the power down time from thirteen or twenty eight weeks (whatever it was) to four weeks or less.

I am not going to dig a whole bunch of old memories, but it was a big deal back then.

Anyway, there has been a call (again) to reduce the Hive powerdown period to four weeks. I will be right up front and say, I don't necessarily disagree with this. I think it needs to be done in a proper way though.

The post I referenced above proposed keeping the thirteen week period in place but instead of getting your first power down payment after a week, you get it immediately, then the subsequent payments take place each week after that. I think this is pretty smart. It gives people money right away if they need it, but also keeps people from pumping and running.

I have a little bit different idea...

First let me start by saying, I am sure I am not the first one to think of this. Though I have never seen an actual proposal, I know there are many people smarter than me on here. I would be foolish to think I am the only one who has thought of this.

My proposal would be to move the power down period to something like twelve weeks. I'd leave it up to whoever is in charge to decide if the first payment happens immediately or after the first week. If you want to power down your stake in say 8 weeks, you have to take a 20% penalty on your Hive and then that Hive is burned or thrown into some kind of development fund or something that makes sense.

Say you want to power down in four weeks... No problem, 40% cut off the top of your HP. Once again, burned or whatever.

I'd even allow a 2 week power down period with something like a 60% cut being taken off the top. Of course these numbers are all fluid. They could be changed to make the most sense tokenomically.

That is how I think decreasing the power down period could maybe work. I do have some final thoughts on the matter before I start my curating.

I think the long power down period made a lot of sense when it was implemented. Back then you had a lot more instability (crazy to think right?) and everything was still really new. On top of that, you had the ninja mined stake, so you never quite knew what was going to happen with that. The events of a year ago made it pretty obvious why the long power down period was a good thing.

These are new times though. I didn't realize this (because I have never powered down), but Leo has just a four week power down period. Does it feel like that has destabilized the token? There is a whole community of people here who would argue the token is stronger than ever.

I think the long power down period has been a barrier to people wanting to get involved in Hive for far too long. Sure, you might get some people who jump in and out, but as Hive continues to get its feet and inch closer to that $1 mark, I think it is less of a concern.

The community is solid, the development is solid, I think we need to remove barriers for growing that community. I have a feeling even though people know they could get out in four weeks (or whatever) if they wanted to, once they hang around for a while they will realize this is the kind of place they want to call home.

All pictures taken by myself or @mrsbozz

Yes, I agree that the current powerdown schedule is a problem for us here on Hive. I might be wrong but I think it was @theycallmedan who was floating the idea of a voluntary penalty to powerdown quicker. I think something like this makes sense.

An important factor is the security that comes from this long powerdown schedule, but to help combat this say for a voluntary quicker powerdown mechanism, would be to have a 'whitelist' transfer address that had to be enforced or approved well in advance (again, not my idea!).

Yes, for sure, the security issue is a definitely concern. I have never been hacked, but I know several people who have been saved by the extended power down period. That is also why I think the larger penalties for huge power downs should be implemented. A one week power down could be a 60 to 80% penalty. I know that seem harsh, but if an account held that until it was verified then at least the hacked person could get back a portion of their stake. If they are verified to be legit, then it gets burned. or something. Lots of room for tweaking by people smarter than me!

Agreed. I understand why the period exists, but it is way too long. You are basically screwed any time there is a price boost and you'd like to get some profits. Well, at least that has been the case in the past. If Hive would hold its value a bit longer it wouldn't be such a big deal.

Yeah, like I said, I think we have grown past the days of the huge pump and dumps. I hope so anyway. The power down period really doesn't impact me because I don't plan on ever doing it, but I feel like the people who do should have options.

Nice one @bozz. I think powerdown period should be there but it has to be less than 13 weeks. That's too much! IMO it can be 4 weeks which is quite reasonable. In the comment section of @edicted's post he mentioned something about selecting your own cooldown period if we want to increase "safety" and lose on some convenience. If it can be made a person choice then it will solve the problem to some extent without really affecting the security.

Yes, that is a good point. I still feel like some kind of penalty payment makes a lot of sense too. It could be a win win for everyone.

That's cool too @bozz. That penalty payment can go back to rewards pool.

When Steem started the power down was 2 years! 1% per week is not much. I think 13 weeks is not too bad and I could accept some penalty if you want to do it quicker. The danger of allowing immediate withdrawal is when accounts get hacked. Having a week to get it back may save some funds.

I think we need people to be seriously invested in this platform for it to work. If it's about quick profits then it could have negative effects.

Steemit changed theirs to 4 weeks as exchanges has to power up to support them gaining control. I don't think they really care about what is sustainable. It's all about milking the system.

I agree, two years would be nuts if you were looking to get out of your stake. That is a great point about your account being hacked. I really like the penalty idea (not just because it is mine). It just makes a lot of sense to me. As I mentioned, Leo is a four week power down and it hasn't adversely impacted them yet. I think it can be done without massive disruption if implemented properly.

What we don't want is people selling every time the price spikes. There are incentives to stay powered up and there has to be a balance.

I think people are starting to learn that as they spend time on here. They need to want to be on here first and the 13 week power down could be a hinderance to that. Maybe I am wrong.

If they decide not to stick around they can wait for the power down. I doubt many would put lots of money in straight away.

I think the penalty system would fix this.

I would also support a reduction in the power-down period to maybe 8 weeks or leave it at 13 weeks and the first payment should be received immediately.

The other options you stated with fines are also good, but those fines seem outrageous to me. Some people would argue why they would be fined for accessing their own stake??

I think 4 weeks is a good move and will also show the community who are longterm holders and short term thinkers.

The disadvantage with 4 weeks is that in case of any FUD, the price van crash miserlby, but anyway that is how markets work.

In summary, I would go with 8-10 weeks and the first payment delivered immediately.

The fines aren't mandatory. If you want to access your stake without fees you can wait the full 12 weeks. I don't think that is unreasonable at all. It would also protect the chain and the other stake holders.

Well the call is always louder when the price is going up 🤷‍♂️.

Many transition their views of staking hive from a investment or at it's worst a sunken cost to a quick profit that can't be liquid fast enough because they fear the price won't maintain it's price point and stay up if it comes free..

I have never do I ever plan on powering down. Like I said though, I think we have grown and I think the result they are worried about is going to happen far less than they think. Leo is a perfect example of that.

In my opinion Leo's approach is quite close to perfection. I would only add an instant powerdown option at some costs of course. I doubt all of us will do that at once and cause a massive dump in price.

Great article, I didn't know the history so great to get context

I might go with the 4 weeks without penalty if the part that is powered down was held more than a year. Like this it helps with having liquidity when needed and prevents leechears to suck fast on Hive.