Hello famz! This is the end of another season on splinterlands and as usual i looted big but not as big as the last season because i finished in top 10 instead for the season that just ended but still would love to share what i got...

The first account i will be sharing its loot is shoemanchu which is the most powerful and highest earning splinterlands account that i am playing, it finished in top 4 this season by having same point with smk2000... 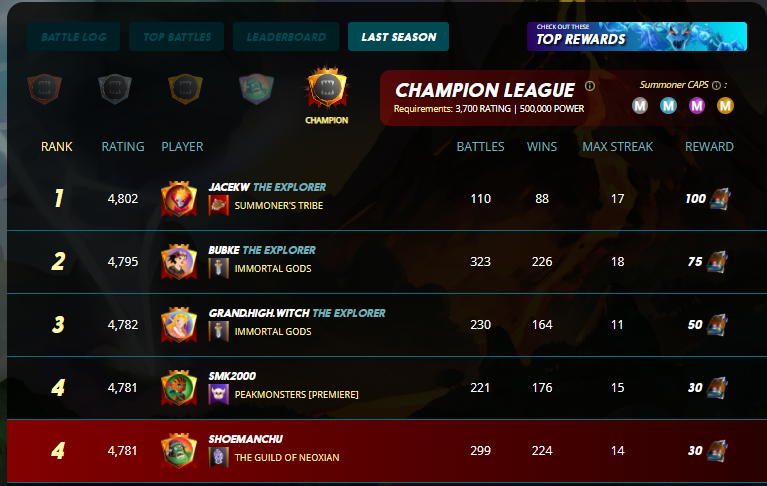 I was hoping to finish in third position with smk but the grandhighwitch account win a battle at the last moment and steal our glory, it hurt but it is what it is, there will be more winnings in the future...Shoe claimed the season reward and we got some nice cards and a pack as reward... 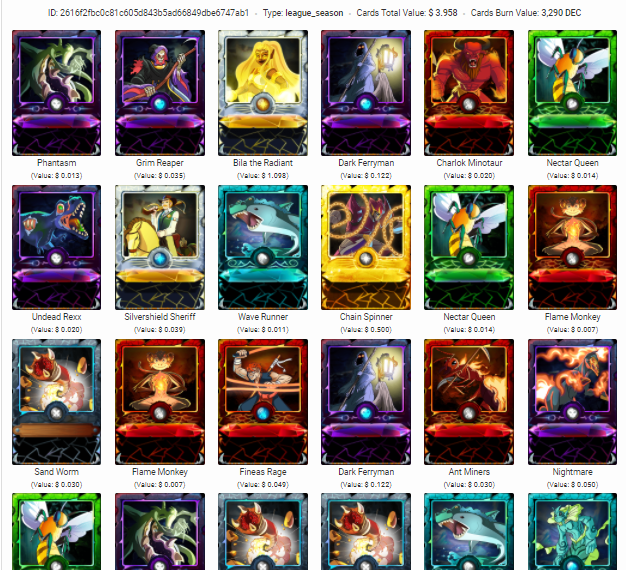 There we have a legendary, gold common, epic and some rare cards and apart from the season reward we also got the leaderboard ranking packs which is 30 packs, yummy packs for shoe and burl!

The next account is ts-dragon, it didn;t get juicy reward as shoemanchu as there was no leg nor gold common... 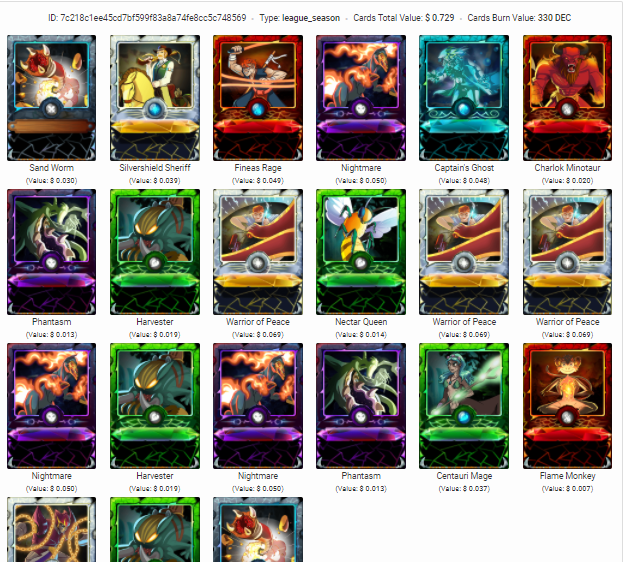 but it also get some nice loot from the ranking leaderboard, it finished in the third position and looted 25 packs!

Ts warrior also finish in the 40th position and got 5 packs, the account was really lucky because just one more drop down would have made it unqualify for any packs....it also looted well in the season reward.. 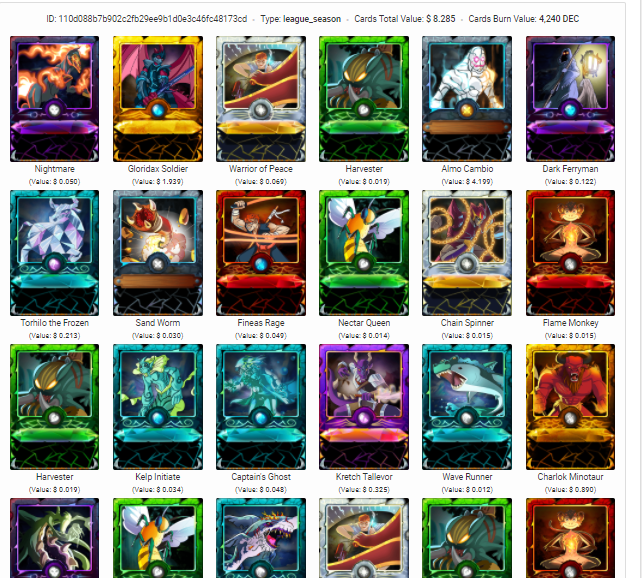 There we have a rare gold and a legendary, if only the legendary turn gold lol, that would be very nice but it is what it is... That is all as i don;t want to share what i get in my own account, not good at all but we move!

if you want to be a part of this week steemmonsters challenge, you can join from here

Congratulations @burlarj! You have completed the following achievement on the Hive blockchain and have been rewarded with new badge(s) :

Wow sir, you really got amazing packs the cards great ♥️😁🙏
Thanks a lot of sharing

thanks my man, happy new month

My pleasure sir 🍻🙏⁦✌️⁩, same to you sir

Very nice! Congratulations, do you play the smk account too? kisses :)

thanks emi, i don't play smk, why do you think so?

You are so good!
Fourth place? And then third place?! And still placing (for extra packs) in your last one?!
Dude. So good. 😍-carrieallen