erikah in LeoFinance • 2 months ago

Last year, when the pandemic started, many countries had to face shortages in a lot of areas, created by bad management of supplies. The most brutal shortage that had terrible consequences occurred in the health industry. Medical masks, gloves, sanitizers and some essential medicines used in thyroid treatment, along with some medical equipment for oxygen supply were missing for a good two months, and when reappeared in the pharmacies, the price of these products were 10x, 20x more than usual. I'm not sure who pumped the price, who pocketed the huge profit, but we all were the ones paying.

It seemed shocking that these simple products like gloves and medical masks were lacking from the pharmacy but it was a strong wake-up call to every country. Governments throughout the world had to realize how much they are depending on one single country and that is none other than China! Who else?

There was a good reason these products have been imported from the other end of the world and has become obvious that this strategy can't go on. The whole world relying on one country for essential products is a huge risk and Covid-19 was the perfect occasion for the world to see that. 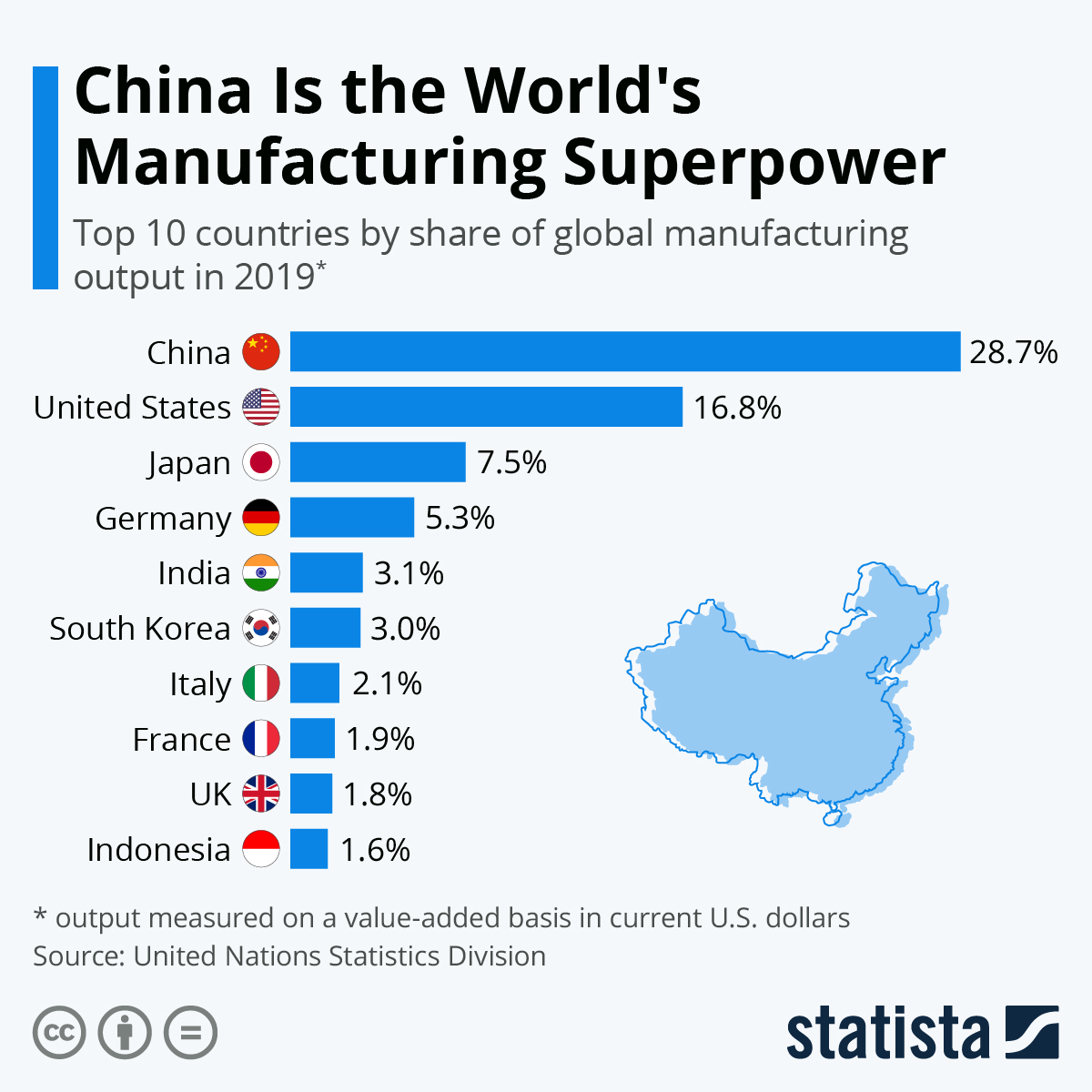 There's a good reason China has managed to get into this position. For many countries it's easier and way cheaper to import certain goods from China, or set up shop, build factories in China. Work force is cheap, environmental law is basically non existent, raw material is probably cheap as well, no wonder everything is made in China.

Masks and PPE for example have been coming from China mostly as most likely has not been profitable to make them locally. When covid kicked in, so did the shortage of these products and all of a sudden companies started to shift focus and make masks as there was a high demand and they saw a huge opportunity to supply the market and also to make money. This proves it's possible to produce locally.

After the dust has settled and things are starting to get back to normal, there's a good occasion to create a solution to this problem. The pandemic seems to be under control in many European countries, vaccination is going well, so we may actually see the light at the end of the tunnel.

Looks like the European Union has been paying attention to what's been happening and is working on creating solutions to gain independence from China.

The European Union aims to cut its dependency on Chinese and other foreign suppliers in six strategic areas including raw materials, pharmaceutical ingredients and semiconductors, under an industrial action plan to be announced next week.

A draft seen by Reuters outlined the urgency of the task ahead, citing Europe's reliance on China for about half of 137 products used in sensitive ecosystems, mainly raw materials and pharmaceuticals and other products key to the bloc's green and digital goals. source

I'm hoping to see this plan put to action in the near future and get rid of China's dominance once and for all. This level of dominance should have never happened in the first place, we should have never gotten into this situation, but it's never too late to get out of it and the sooner, the better. It's time to take control, start producing those items locally, using green energy to reduce costs and so on.

Things are not looking good at the moment politically and economically. China is working on replacing the US Dollar as a global reserve currency, which is held by nearly every central bank and institutional investment entity in the world. I don't see that happening anytime soon, if ever, but the dominance of this communist country must end.

I hope other countries will see this initiative as one to follow.

Join me at Bybit and get $10 bonus in BTC! Plus, up to $600 worth of rewards await in your Bybit Rewards Hub.
Get started with my referral code: m3yjA
https://www.bybit.com/en-US/invite?ref=m3yjA

Great article. Thanks for putting this together. We are seeing a lot of shifting around and all companies, if they have any brains, have to be looking at this. Technology is providing different options and the rest of the world has to take advantage of it.

China is going to lose its dominance, I am convinced of that. I wonder where countries such as Vietnam and Laos rank on the list. They have been taking a lot away from China over the last few years.

Thank you Taskmaster! I was glad to read the news as it means a lot. Once an initiative is done, the rest will follow. Sooner or later other countries will join as giving China this much power is not healthy.

I think people want cheap goods more than anything else and China is losing its dominance in that area. I think the cheap products are moving towards places like Vietnam.

Well, that may be true for some countries and not for others. I prefer to buy quality as it's way cheaper than the Chinese cheap sh*t. Once you do the math you see you pay more for cheap products that break after one use.

Couldn't agree more. Since the pandemic, there has been a great shortage of not only medical stuff but almost every vertical and horizontal you can think of. And after the pandemic, this Indo-China conflict. We, as a country, procure so much from China that we can't afford to have such conflicts with China. Although we are going in-house or importing from other parts of the world, the cost rise is being borne by the civilians.

I know nothing about the Indo-China conflict. Can you tell me more about it?

I'm totally with you on that.