The CUB fenix will emerge better and more powerful..

The phoenix, a bird belonging to Greek mythology that basically symbolizes the action of suggesting or being born again, since this bird burns or is consumed by fire and then emerges again from the ashes but more powerful and better than its previous version, in many cultures the phoenix evokes renewal in general.

If you have not noticed, lately we have seen a process in CUB similar to the phoenix, since there have been so many changes that lead us to think of a new resurgence. With new updates, changes in the look and feel of the site, the price of CUB at historic lows ($1.80) clearly indicates that something better is coming than what we are seeing. 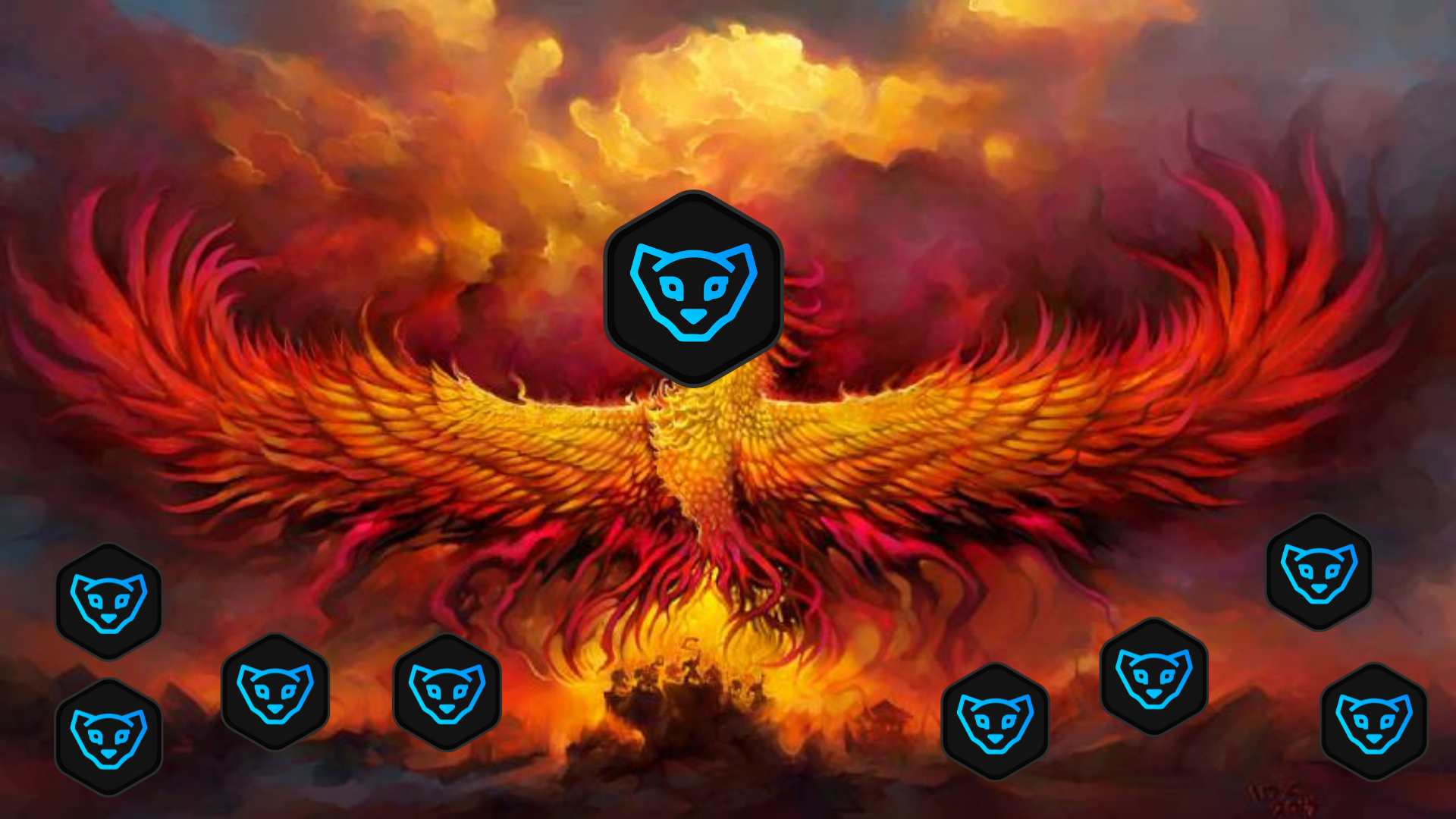 The most important and long awaited update.

Recently it has been announced the integration of a new feature in CUB defi, which was already something highly expected, the "Leo Bridge ", which will allow to change ERC20 tokens by BEP20 instantly and without complications, using the following formula:

This means that ERC20 tokens that you own and can't use because they are not worth it due to high fees, you can have the option to take them to BSC chain, this precisely to help mitigate the biggest problem there is currently with high fees on the ethereum blockchain.

If you want to read more about this new update, I invite you to read the official announcement by clicking HERE.

It was quite an experience to enter and see how CUB defi had changed its appearance, of course I got a little lost when I visited the farms, since everything was classified by lists and I was used to the boxes or large icons (there is an option to display them by icons), but I want to say that this new look goes very well with all the work that is being done, because to attract more people you have to make things more attractive.

For example, the appearance of the CUB defi Farm (Although only the appearance has changed, the information remains the same. It is very appealing to the eye the way everything is arranged): In the case of DENS, the same appearance changes were applied with the same features.

We are all alert to the falling price of the cub, as it has currently reached its lowest price, which has led to weak hands getting out before the ship is smeared. But we have to calm down a bit, as we have to take 2 factors into account in order not to despair:

So if we look at the current price, don't see it as a loss, just see it as a new opportunity to buy more CUB with what you have, and you will see what good dividends will come when it reaches $5 or more.

In conclusion: Already this V1 phoenix is being consumed by the fire, but a new V2 era is about to begin, just stay HODL and wait for the best times to come, I assure you that you will not regret it.

Congratulations @fabian98! You have completed the following achievement on the Hive blockchain and have been rewarded with new badge(s) :