Would you still be in Hive or Leo finance, if the publication rewards were cancelled?

YES, I know, it seems a ridiculous question and I know that maybe someone will come to correct it in the comments, but I ask you to read my argument before commenting and tell me if what I say is logical. Since I started in Steemit, my main interest was to earn money, because at that time the crisis in Venezuela was worsening and I had no job, also I wanted to become independent because I had just turned 18 years old, so I saw steemit as the perfect tool for me, because I could take good advantage of the money obtained and I invested it in things that served me later.

Because of the good results I was seeing, I thought that steemit was going to be my new way of life, that I was going to dedicate a lot of commitment to it and that I would start big projects in the blockhain since it is the best way to get out of the slavery of the elites that dominate everything.

But the crypto market crisis in 2018 quickly made him change his mind. Since when STEEM fell below $0.12 and SBD $0.40 I simply walked away because I did not see profitable to continue doing that work because it was not giving me enough or what I considered acceptable. When we all do some activity that makes us money and suddenly we do not see that money very often, we simply switch to something else because we have many responsibilities. 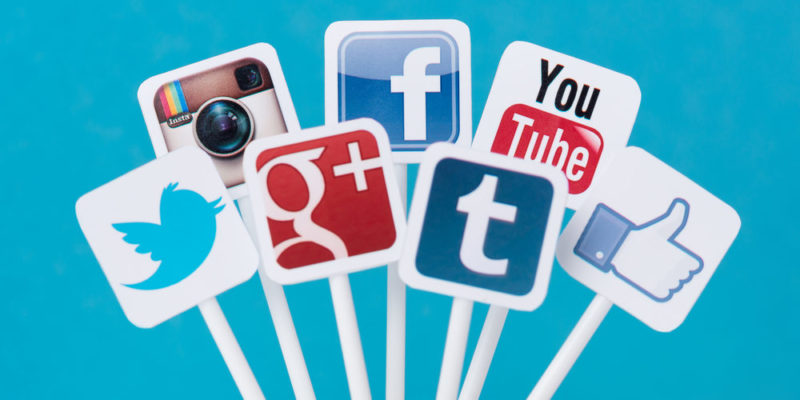 Now it's time to mention social networks, since by nature we all had or currently have a profile on one of them, either facebook, twitter, instagram, youtube, etc... I remember when facebook started and its use was spreading, it came into my life when I was 13 years old. And you know what? I spent hours and hours there, browsing, commenting photos, sharing ridiculous phrases of personal improvement, playing some tycon style games like happy island, in short many hours totally wasted.

But something funny is that for all that wasted time, I never received a compensation, I NEVER received a single penny for wasting so much time, but I still wasted hours and hours on social networks, because money was not my motivation. even until now I keep facebook or instagram, but as an image bank, I do not use them anymore and in fact it was very good that I got rid of that.

Now what am I getting at with these two examples from my life? Well, that before seemit, hive or any other blockchain based social network project existed, many of us spent countless hours on these social networks and did not receive a single dollar, rather those who were getting richer were the owners of these networks by selling our data. But as we now have social networks based on blockchain, that by sharing content we receive money, now if we care a lot not to waste time on social networks, because time is money.

That article that @jaraumoses has shared, touches on a pretty interesting topic, he asks each of us to ask ourselves why we are really in crypto because we love decentralization, freedom from the corrupt system or we love money? and although everyone's answer is respectable, I dared to think further and apply it to Hive and that's why the question arose.

So, you are in Hive or leofinance, because you love everything that can be achieved with a social network that nobody controls, or because you love the money you get from it? I want to clarify that I do not intend to judge anyone, since I always speak based on my example. Personally, my answer is a little difficult, since my family and I are supported by what I earn with my publications that I share here, and I know that many users in different countries in some way or another have helped themselves sometime with what they earn here, that's why I know that the answer can be a little difficult.

But answering this will test the real commitment of each one, because if we do not have commitment now that we get money, do you think you will have it when you no longer receive it? But, It's kind of ridiculous is cuchar to people who fail in Hive, say it's not profitable because he doesn't get anything, But he loves to waste many hours making mark zuckerberg richer.

Now it's your turn to ask yourself:

Would you still be in Hive or Leo finance, if the publication rewards were cancelled? For me, it's always been about text on blockchain. The rewards are nice and I'll take them, but they are secondary to censorship resistance.

Exactly, this is what I was looking for, because freedom is better than money, because you are not happy if you have 10 dollars but you are a slave and you don't know what to do with that money.

I am here because I like the idea and products that HIVE provides. Knowing I won't be censored and can reward creators is an important part of shaping a better environment. The companies that you referenced have censored people based on their opinions. These companies also pervert the game/change the rules to favor the company and not creators of content. Canceling the rewards would push most people away.

That is a sad but true fact.

It is true what you say, but at no point did I mention that hive or leofinance would cease to be decenralized, what I mentioned is that there would be no rewards.

Of course free speech would continue, but without getting paid for it.

But it is a hypothetical case.

Honestly earning a small amount of crypto for my articles is important to me.

This was one of the main motivating factors for me joining Leofinance, this effects everyone whether they are honest with themselves or not.

Another solid reason was privacy and being able to own your own space and not having to worry about who your petsonal data is sold too.

I would like to think that although I came here to earn crypto that the community may be the reason I stay.

But in all honesty if people aren't earning even a little something from there work, I fail to see them remaining,

Some may switch to microblogging versions, but I don't think many would create long form content if there where no rewards, chances are that they would move to another tribe or even platform.

For me personally it is also a tricky subject, I need to earn a little to support my family after the lockdowns forced my employee to close her business.

But I do like to think I would stick around because of the community, I don't think I would publish articles, I would more that likely switch to microblogging if I wasn't earning from my work, as you said time is money.

Hopefully it will not come to that point as long as we can encourage new users to join up, but also we need to be responsible and improve engagement so they will want to stay and actually engage which will add value to the community and platform as a whole

good argument, and of course we would all be affected by this hypothetical case.