Dogecoin Pros & Cons - Read This Before You Invest! 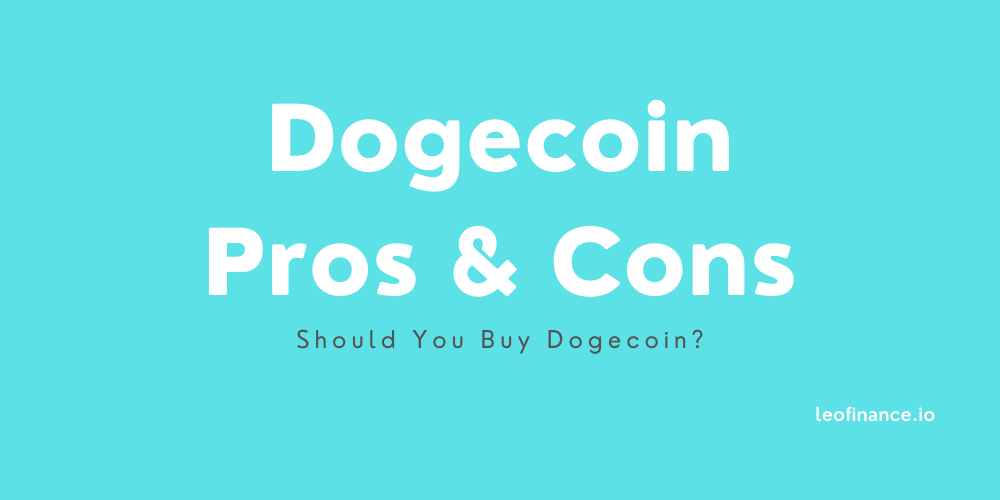 DogeCoin (DOGE) is one of the most famous meme cryptocurrencies available in the market. A peer-to-peer, open-source digital currency featured with fast & secure transactions. It was started in 2013 by Jackson Palmer and Billy Markus as a joke based on a popular meme featuring a Shiba Inu dog (a Japanese breed). Now it has real value and a strong community that is using it as an alternative to Fiat currency. It got so much popular in 2021 and reached the top 5 coins on Coinmarketcap creating several DOGE millionaires. 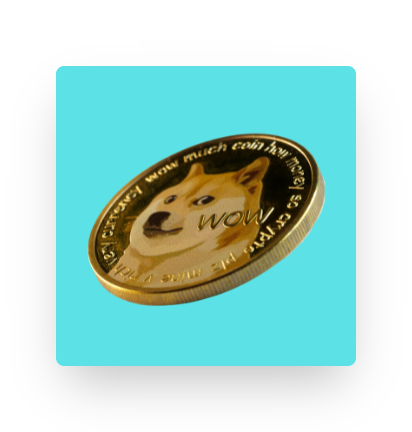 To know more about Dogecoin, how it works, and why it has real value, please check out this amazing beginner friendly guide: What is Dogecoin (DOGE)? - Dogecoin Guide by @crypto-guides.

In this blog, we are going to look at some of the major PROs and CONs of Dogecoin. At the end, I will try to answer whether one should invest in Dogecoin in 2021 or not.

Should You Invest In Dogecoin In 2021

Cryptocurrency in general has seen explosive growth in the past few years. From the start of the year to the beginning of May, Dogecoin's price went up by 10,000% and it is expected to hit $1 by EOY as per some experts. This year we have seen the launch of many other meme coins inspired by the success of Doge as a community coin. It's all speculation due to the recent rise in its popularity. The community has expanded ten folds since then. Due to its high volatility and deflationary nature, Dogecoin is a very risky investment for now. There are no active developments going on in its ecosystem and nothing concrete is planned in the near future.

Coming back to the main question - should you buy Dogecoin? I would suggest don't do it if you can't afford to lose your money. If you are an experienced trader who can read and analyze charts to see patterns in its price, then you can try your luck. Celebrity support & community is growing even though the long-term viability of DOGE is questionable.

How long should I keep My Dogecoin?

As long as the Doge community continues using the coin, its value is going to hold. Celebrities like Elon Musk and Mark Cuban having millions of followers on social media have supported Dogecoin and there is a good chance that they will do it again. As a good rule of investment, if you are in profit then take out your initial investment and keep the rest of it intact. You can use some of it later to grab better investment opportunities or in case of an emergency. Just be aware that Dogecoin's price can go anywhere from this point onwards.

It's an initiative by @forexbrokr to drive organic traffic to the leofinance.io domain through long-form, SEO-optimized posts featuring high-volume keywords. The goal for this project is to eventually have a leofinance.io based crypto guide for every single coin or decentralized project in existence through user-generated content. Go and check out both the Hive guide and Bitcoin guide that they already published with contributions from the community members.

You can earn crypto (LEO) by contributing to the latest guides about crypto. Learn more: https://leofinance.io/@forexbrokr/introducing-leofinance-crypto-guides

The cons seem to outweigh the pros. Been one who goes for the technology and value, doge seem to lack a lot.

Hype seems to be sustaining it. Might be getting into it when some real development kicks in

Thanks for reviewing this popular meme coin

I agree. Doge is a fun little experiment and more of a joke. It's a community coin! There are far better projects out there. If you are a holder, don't go for it. If you are a trader who was little money to play with, go for it. Not Financial Advice. ✌

Thanks for sharing, doge coins is actually taking a position in the market despite it a meme coin.
Judging by the as mount of traffic is generated I guess I due to the influence of Elon musk.

Yes, Elon Musk is the major reason why Dogecoin has gained so much popularity. And memes such as 'Doge' have a tendency to go viral. Most people understand memes but they don't understand crypto.

Dogecoin could introduce many people to this amazing world of freedom and power. I hope they don't invest seriously in it. It's risky.

Yes there's high tendency for it to go viral judging by the way things are going. Is also one of the coins that claimed back a bit close to it's price range despite the bearish trend the market suffered.

Isn't it funny that seasoned investors get nervous when reading words like luck and celebrity endorsement around a coin, but that's what actually brings in the normies?

There's gotta be a lesson there...

That's true. Crypto is still a hidden gem for many and we could use some celebrity support to get the word out. A lesson for Hive and Leo Finance is there for sure.