You used 3 different categories for your content and hive-167922 was the most popular, chosen 19 times.

The post shared with the community the most was 4-most-popular-ways-to-generate-passive-income-through-defi-presentation which was Re-blogged 7 times.

In April, you cast 621 votes, 0 of these were downvotes, and 5 votes were cast to self.

Your average vote weight (to the nearest whole number) in April was 83%.

You spoke to jfang003 the most, leaving 86 comments and taskmaster4450le spoke to you the most with 77 comments.

You upvoted rob23 the most, 38 times, and chose to issue 0 downvotes. 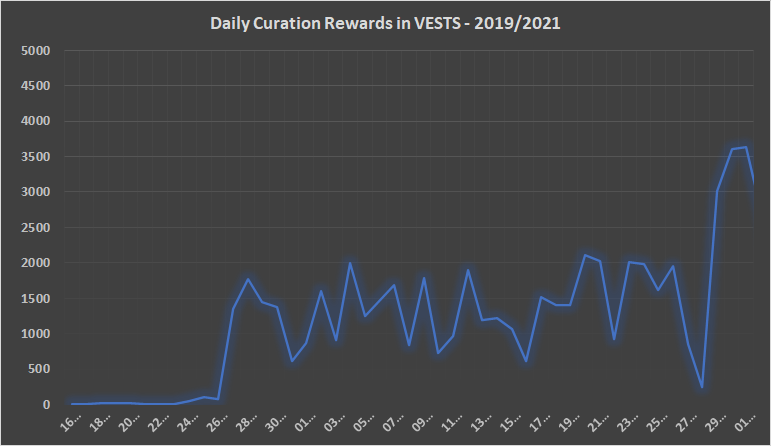 The X axis is a bit strange as you only just started back recently :)

Thank you so much Asher. It's interesting. Noticed a lot of growth in terms of activity and HP.