Splinterlands Town Hall: How So Many Things Fit in 2 Hours?

The Splinterlands Town Halls have become scary exciting if I can say that, and look that I can.

Others say we are experiencing an information overload lately, which is true.

I've heard next week the Town Hall will be less filled with special announcements, maybe people will have some time to breathe and chew on the options they have in front of them already.

I also noticed the team created a separate discord channel for Genesys League Sports, which will probably hold the majority of the discussions for this platform going forward.

In the past there have been distinct town halls, talking about different aspects of the game (like tournaments and brawls), so maybe that's the way going forward, as Splinterlands becomes this gigantic cluster of ecosystems that probably no one will master or be involved in at all levels.

Thinking back, I don't really understand where they fit all the information they shared with us in 2 hours and answer some questions too.

To list only a few main points, they talked about:

Any of these topics could easily fill an entire main section of a Town Hall.

I'll talk about 3 of them because I believe it's more than enough for one post. I've just talked about information overload at the beginning.

The most interesting part about this was not what was said in the Town Hall (as far as I remember), but the whitepaper itself, which was published a little bit before the Town Hall started. 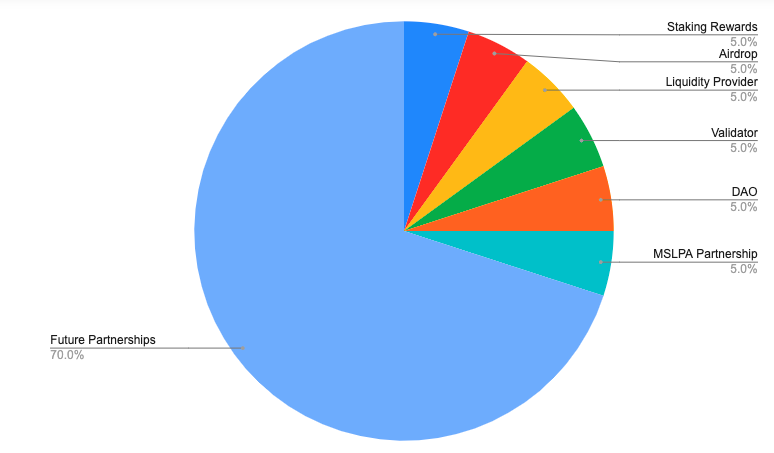 And the release schedule: 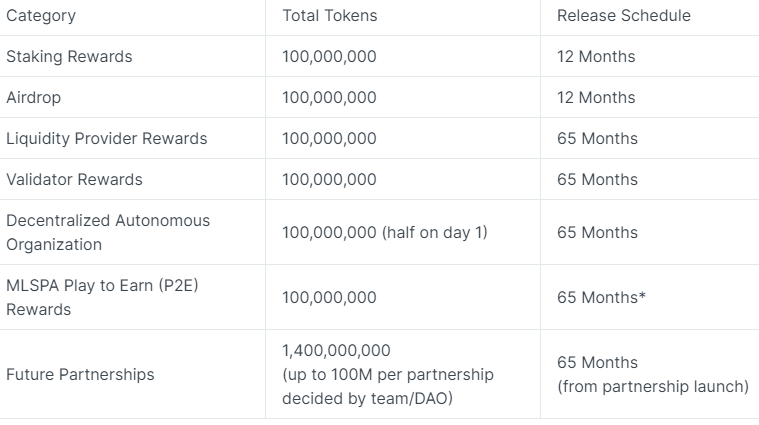 If the image above brings back memories about the SPS whitepaper and the SPS airdrop, it should, although there are enough differences between them.

The GLX airdrop is also one year long, as was the SPS one, but it's also 5% compared to 13.33%. Understandably, since this is a partnership and we are talking about a different game.

On the other side, in the SPS airdrop pretty much all Splinterlands assets counted, here only staked SPS counts. The pump we might be seeing for the airdrop purposes will be only on SPS, directly. But as the price of SPS will rise, the gaming rewards will increase in dollar value, and then the rental prices should follow.

Seems like an interesting synergy might be created. Another thing that is different compared to the SPS airdrop pump days, is that we aren't in a bull market now. But Splinterlands is a different beast too, better prepared to take in a huge influx of new players (hopefully).

About GLS, this is a platform that has a very interesting potential. E-sports games represent a huge market. With all the potential new partnerships that might be added to that ecosystem, I seriously see GLS becoming as big or bigger than Splinterlands, the game. Of course, it depends on competition, what new partnerships are added, how good the games are, and on what games are added on the Splinterlands platform (e.g. the Tower Defense game).

This was the undisclosed project Aggy talked about. What are generative NFTs? They are those types of NFTs that are generated randomly, and each NFT is unique, including visually. Think Bored Apes.

These NFTs will 'live' on Ethereum and that's where people would be able to buy them when they'll release them.

They will be maxed promo cards of both foils (regular and gold), they'll be around 6000 and cost around 500 USD. Numbers may change.

Unlike Bored Apes or other types of those generative NFTs, they may be used in-game for battling (being delegated to you from one of Splinterlands accounts). You can't rent or sell them through the usual channels, only on Ethereum.

I understand the reason why they wanted to go in this direction, trying to capture the attention of some big bag holders on Ethereum, interested in these types of NFTs. This would be probably the first of its kind with such a clear use case where rewards can be earned.

If this initiative creates interest on Ethereum, the team might develop the possibility of importing other collections to be playable in the game.

Personally, I never liked these generative NFTs (so far), but I understand their desire to take a swing at that market. I am not interested though.

Looks like SPS rewards will come to Brawls in late September or early October.

It will be interesting to see how the rewards will be distributed by tier.

If I understood this correctly, it looks like SPS rewards will be distributed similarly to Merits (meaning equally between teammates filling in the frays). This may create some tension because there aren't as many frays as team members, and some will not have a spot to fill. Merits are probably not most players' favorite reward, but SPS... that's a different discussion altogether.

I am really sort of regretting selling all of my splinterlands cards about now.

Ouch! That surely isn't fun to watch the developments after being actively involved and owning assets in-game. If you sold at the top, though, you can still buy low now.

If you genuinely regret it and see a future, it's really not a terrible time to be buying back in.

Everything is super low:

Ha! Probably right, but now I have so many other things I'm working towards :-)

Haha oh I feel you there!

Great information Thanks for sharing and keeping me updated.

I help myself by helping others. When writing these posts, the information engrains better for me too.

Man these Town Halls are definitely loaded with information :-). Definitely close to overload

Well, they said they're gonna speed things up. Let's see if we can keep up, lol!

And, as you play your games, there isn't really much room for speeding up. Maybe we need different processors, lol.

Great information and considerations.
So many projects that will bring attention and value to Splinterlands and Hive.
My problem will be deciding how and where to invest because my funds are limited but even that choice will be fun to make :)
!PGM
!LOL


The inventor of autocorrect has died
His funnel is tomato
Credit: reddit
@gadrian, I sent you an $LOLZ on behalf of @libertycrypto27

My problem will be deciding how and where to invest because my funds are limited but even that choice will be fun to make :)

I believe that increasingly becomes most people's problem. To decide where to invest and where not.

Thanks for the summary. Really appreciate you breaking it down for us!

Thanks for dropping by Steve!

Thanks for the sum-up... Didn't have time to attend the live stream, so this is very helpful...
Speaking of that Runis, I'm not a fan either, and I remember one side project by Aggy that went down the drain... So, I'm sure that I will skip this one... :)

I listened to the recording, I was too tired when the live stream happened to make any sense of it, so I preferred not to listen in.

I think Runis are more of a child of Matt, or at least he presented it.

Yup, I remember those little side projects of Aggy's too. I didn't invest in those either.

Of the new things coming from Splinterlands, I'm least attracted by Runis. But I guess they try to appeal to different types of investors. We'll see where this goes.

I am not sure if putting those NFTs on ETH is a good idea. From what I see, I just don't think the fees are going to be good but I guess the PoS merge into ETH could fix this.

No, the merge won't fix the fees. But those Runis or Runies (not sure what the correct spelling is) are put on Ethereum, especially for people hanging out on Ethereum. There are two fees to pay (minimum) from what I understood, to play the card: the fee when you buy the card and the fee when you stake the card. After that, you can do without any fees on Ethereum.

Thank you for the summary.