geekgirl in LeoFinance • 2 months ago (edited) 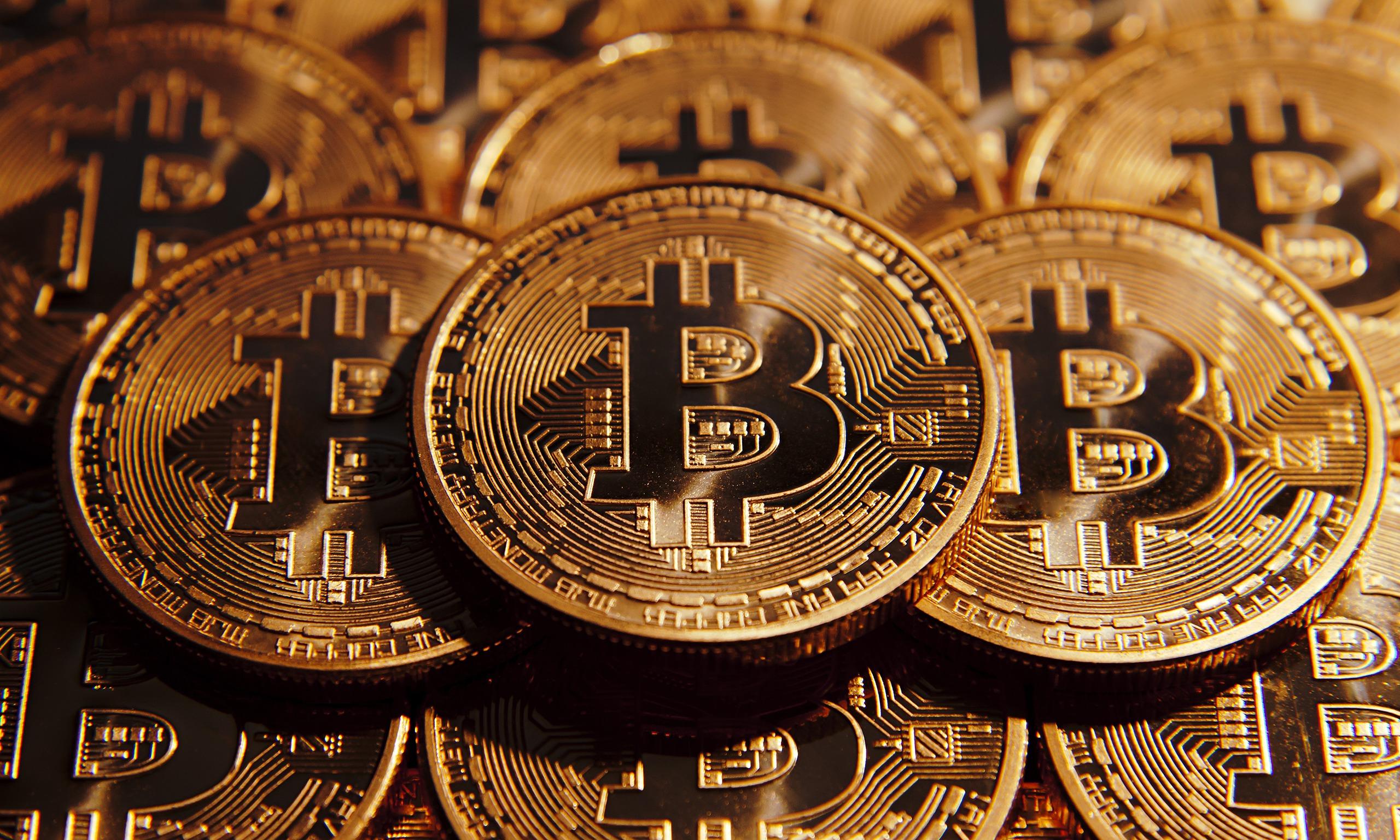 Nobody can predict the future. We can only guess and imagine how the future may look like. However, we can also make educated guess based on our history. While it also doesn't make such guesses a certainty, they would drive our actions whether we like it or not. Sometimes consciously, sometimes subconsciously we derive conclusions about future based on the past. Nevertheless, the future is not certain. It never was.

The reason I keep mentioning the future is, I would like share some thoughts about transferring something of value to our future selves or our children or grandchildren. I personally consider time to be the most valuable thing in the world. There isn't enough of it. We can't transfer time in time, so someone can have more time. Can we? I know, what a ridiculous question.

What else could we transfer through time into the future that will hold the most value? Knowledge come to mind. Transferring knowledge through time to the next generation has been great asset for humanity. It is best knowledge is kept open though-out times to benefit most out of it. Imagine freezing all human knowledge without access to anybody only to be available at a certain time in future. That would help anybody. It is best for collective knowledge to progress with time as openly as widely as possible.

The kind of value I pondering upon to transfer into the future is of some financial value. Let's say I would like to transfer to my future self or an offspring $46000 that can be used in 2071. What would be the best way to do that?

In fact, just recently a Connecticut family hired a treasure hunter to discover a hidden metal box with $46000 in it. The story goes that there was a long told story in the family that their uncle has hidden a treasure in the house. Nobody knew what it was, and after many attempts nobody was able to find it. Finally, the family decided to hire a treasure hunter to do the search, before they sold the house. This treasure hunter, utilizing various tools like metal detector, endoscope camera was able to find a metal box hidden under the floor boards. What they found was stacks of US Dollar bills totaling to $46000.

I am not sure if it was intentionally hidden by the uncle to be found in the future, or simply the uncle didn't trust the banks and chose to keep the wealth hidden at home. But this story demonstrates a transfer of wealth in USD into the future. The face value of these dollars totals to $46000, and I believe the family the inherited that wouldn't have any issue depositing into their accounts.

At the same time we need to consider that not all fiat currencies survived since 1958. There were many that no longer exist and have no value, except as collectors' items.

Bitcoin is a new technology. Hence, we can't compare to what bitcoin would be worth since 1958. It just didn't exist then. But can it be worth 70 years from now. We can only guess.

But one really good guess we can make is, its value as collectors' item. Regardless what your position is about bitcoin, it should be obvious to everybody to be an innovation as a technology and first of its kind.

It doesn't matter if you are a bitcoin maximalist or a no-coiner. One fact that everybody should be able to agree on is bitcoin as a technology. While as a technology bitcoin has many features, I would like to only mention one. That is, its ability to settle near instant transactions without relying on any third parties.

In traditional banking transactions are never instant or near instant. It takes days for transactions to finalize and settle. The services of the cards marked with VISA or MASTERCARD only create an illusion of instant transactions. In reality, they are not finalized and settled until days after. We rely on banks and VISA and others to finalize these transaction.

For example, one of the common flaws in banking is relying on the balance at the time, even if it is a debit card. Let's say you have $100 balance, or at least it appears so when you view you balance. You perform ten different transactions of about $10. You think you are ok, because you balance showed $100.

In such situations you will most likely run into overdraft situation. Banks don't stop transactions even if you don't have enough to cover them. They let them happen. Only afterwards they notify you and charge overdraft fees of $30-$40 for each transaction that went below 0. This has been a common practice by banks for decades. This is how they make money. Of course they wouldn't try to fix this obvious problem.

Another example. In the past and even now we see scam letters with checks included that ask the recipient to cash the check and send some of it back. Once you deposit the check, it shows up in your account. If you don't wait for a week or so, you can't tell if it is real or not. If you ended up receiving one of these scam checks, most likely after a week these funds are reversed from your account.

There are many such examples about traditional finance, where transactions are not settled right away. They just show the flaws of the system.

Now if you look at how bitcoin works, it becomes a no-brainer that there is a solution for traditional ways of conducting financial transactions. Blockchain technology doesn't have to be decentralized. It can perform transactions within a centralized network as well. Any bank can utilize this technology, and they will most likely will.

Another flaw of traditional banking systems (some may even see it asa feature) is chargebacks. Customers can report a transactions as fraudulent or wrong for any reason and the transaction can be reverted. Many scammers utilize this feature, even those such actions are fraudulent themselves.

Some of us believe it is the future of money and next stage in the evolution of money we use. Even if yo don't believe that is the case, you should consider that it is technology that will transform how money transactions are settled. As such at the very least it will always carry collectors item value.

Last couple of weeks we have heard loud mouthes like Bill Maher, Warren Buffet, Charlie Munger expressing their thoughts that Bitcoin is not real. While all these individuals have been successful at what they do and do deserve a platform to express their thoughts, I do find it difficult to understand how Bitcoin can be any less real than a fiat currency.

Yes, I have heard from ordinary people that Bitcoin is not real because they cannot touch it, hold it, or put it in their physical wallets. But consider this. If I tell you to give me one bitcoin and sign a contract that I owe you one bitcoin in return, we will have a contract, something you can touch and put in your safe. When you present this contract I will return your bitcoin. It is a legal contract, so I would be legally obligated to provide one bitcoin when this piece of paper is presented to me. So now, this piece of paper is real, right? You can touch, feel, and put in your safe.

Isn't it the same thing with fiat? Fiat is probably even worse in this case, since it is not backed with gold anymore. But back in the day people deposited their gold and received certificates that has the same value as gold.

The problem in understanding bitcoin is that there is no longer a need for a contract of certificate in a form of paper. There is no need to deposit it. It doesn't take space, it doesn't take extra resources. Anybody have store them in the blockchain and secure their private keys. This is what makes it a revolutionary technology that just may transform how we think about money.

Yes, Bitcoin only has a short history of a decade or so. Let's not also forget how advancement in technology in computer science is exponential and not same as the advancements that came before and took centuries. Bitcoin has been come the asset hit one trillion market cap the soonest of all assets and companies that came before it.

I don't know what the value of Bitcoin will be in the future. But for now, I am convinced it is the best asset to transfer through the time if there is a need for that.

My thoughts are not a financial advice, they change all the time. In fact, feel free to convince me otherwise. Until then, I will have to agree with Michael Saylor when he says Bitcoin is the best asset to transfer through time and space.

Very interesting read from start to finish. I think BTC has definitely highlighted a lot of the problems, that you mentioned, with the current fiat system and it has proven itself as a store of value at this point. At the end of your article you mentioned that some people still argue that BTC isn't real, which is just a nonsense arguement at this point considering that fiat money isn't real and never has been really. Money has only ever been an agreed upon idea. Whether it was sea shells, gold coins or paper its just an idea used as a means of standardizing a barter system. Interestingly, BTC is actually backed by something though. Its backed by the electricity it costs to produce it. In theory the value of BTC will never drop below the cost it takes to mine it.

It was an interesting read and I also saw that story. The purchasing power eroded over the storage of time was fairly crazy and they would of been better off storing it in something that would appreciate. I think Bitcoin will be fine and its making its way as the new digital version of gold.

The blockchain technology have features which helps to deal with issues that the traditional banking is experiencing....Bitcoin is a good crypto with a store of value and that is why investing on the Bitcoin market is a good idea....thanks for this amazing post of yours....@geekgirl

Very interesting and even informative piece.
Thank you for sharing:)