@hodlcommunity 63
about 2 months ago
LeoFinance

@HODLCommunity presents to you the 24th LeoFinance Curation Post

I would rather Earn Crypto🤓 by @automaton 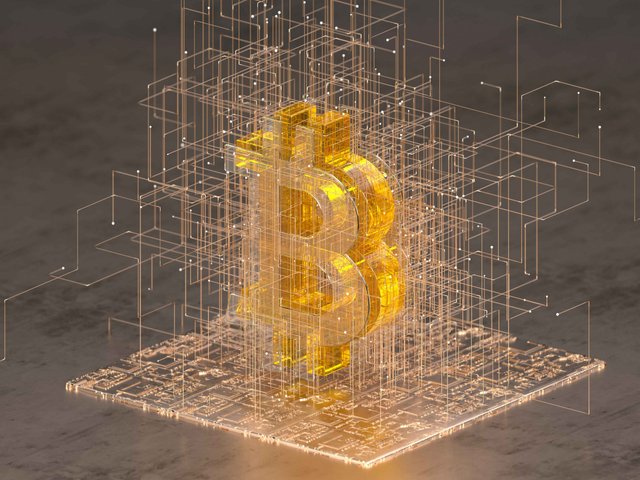 Anytime you read about crypto or Bitcoin the word “invest” is always associated with it. The media loves to put stupid captions like “If you would invested $1,000 dollars in 2011 you would have X dollars today”. Of course this type of thinking fuels the casino finance mentality. And it’s tentacles have also gripped the crypto market.

Very interesting perspective and quite one that is commonly overlooked or underrated, I don’t claim to have much but most of what I do have and which I’m grateful for is earning from Blockchain activities, albeit over the years. I believe what most systems struggle with is how to make their projects sustainable while most people think freebies are not valuable. Eventually both systems will be more perfected than it is now, there are multitudes of play to earn games now that satisfies both of those questions and I believe they can only get better.
Thanks for the nudge.

Play To Earn - Democratizing The Future Of Gaming by @rob23 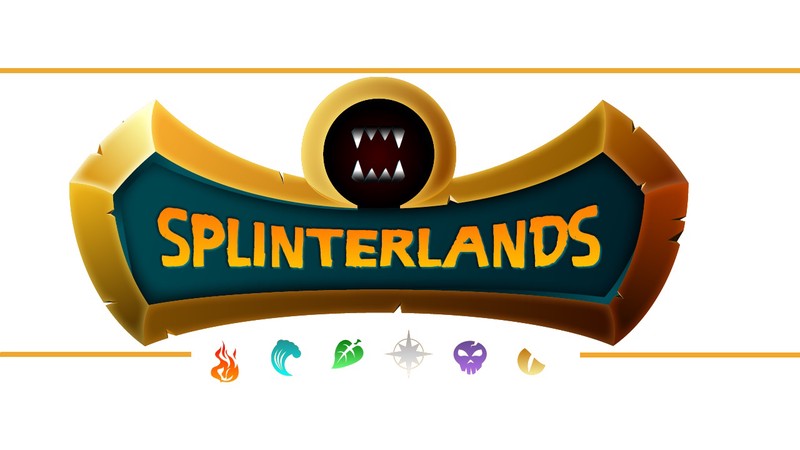 The Big Fish In Town
The talk of the blockchain right now is @splinterlands and what they are doing with their new SPS token airdrop series. The concept of being able to play a video game and be able to use that as not only active income (earning through winning) but also through passive income/investment (rentals and speculation) is something I never would have thought possible just a few years ago.

No way on earth I can argue with you about the inconsistency especially on my part as well, but I’ve recently gotten back in with full force, the only reason I’m not playing at the moment is because I’m waiting for my Dar Energy capture rate to return to 100% lol. Nice to know about your interest in building something, I’ll be keeping an eye on this space to see how it’ll turn out. Goodluck with that.

Is Amazon Saving Bitcoin? Put On Your Big Boy Pants And Read This by @whispertamesth1

The crypto world has been going crazy over the last few days with the news that Amazon will start to accept Bitcoin in 2021. Ethereum and others will reportedly join once the system is perfected. Now, I know there have been a lot of articles written on this since the news broke, but I am going to play Devil’s Advocate and point out some issues I am seeing from the announcement.

Well I’ll like to see it as Bitcoin saving Amazon. I wrote an article recently about Bitcoin saving Big tech, and it seems like it is happening. I just think it’ll be smart of Amazon to start loading up on Bitcoin as their reserve currency as Tesla and Microstrategy are doing. I mean, few days ago, Elon said Tesla’s fiat reserve in Europe was giving negative interest rates. If that’s not a signal to hedge inflation with a superior asset, then I don’t know what is. So yeah there is the probability that Bitcoin will save Amazon. I also agree to the possibility that Amazon could have loaded up on Bitcoin at 29k and are only just announcing it later.

July is almost over - Hopes for a better August by @pantera1 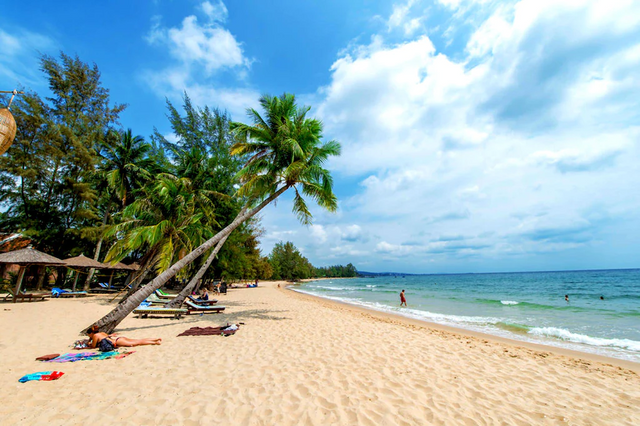 The end of the month is approaching and while I was expecting a pump in the market, I didn't foresee one on such a scale. This is Crypto and this is why we never leave. It can take months of pain but eventually, the prices get us excited again.
This July has been even more difficult for me than I previously thought. I am glad some of my problems were solved and my people are healthy again. This matters a lot and now there is the realization for my personal affairs and what to do next.

They say summer is always good for crypto, I’m beginning to believe it now as we march into the peak of summer. It sure looks better than the past 3 months. Hopefully candles to the downside like that are never seen again. Onwards. 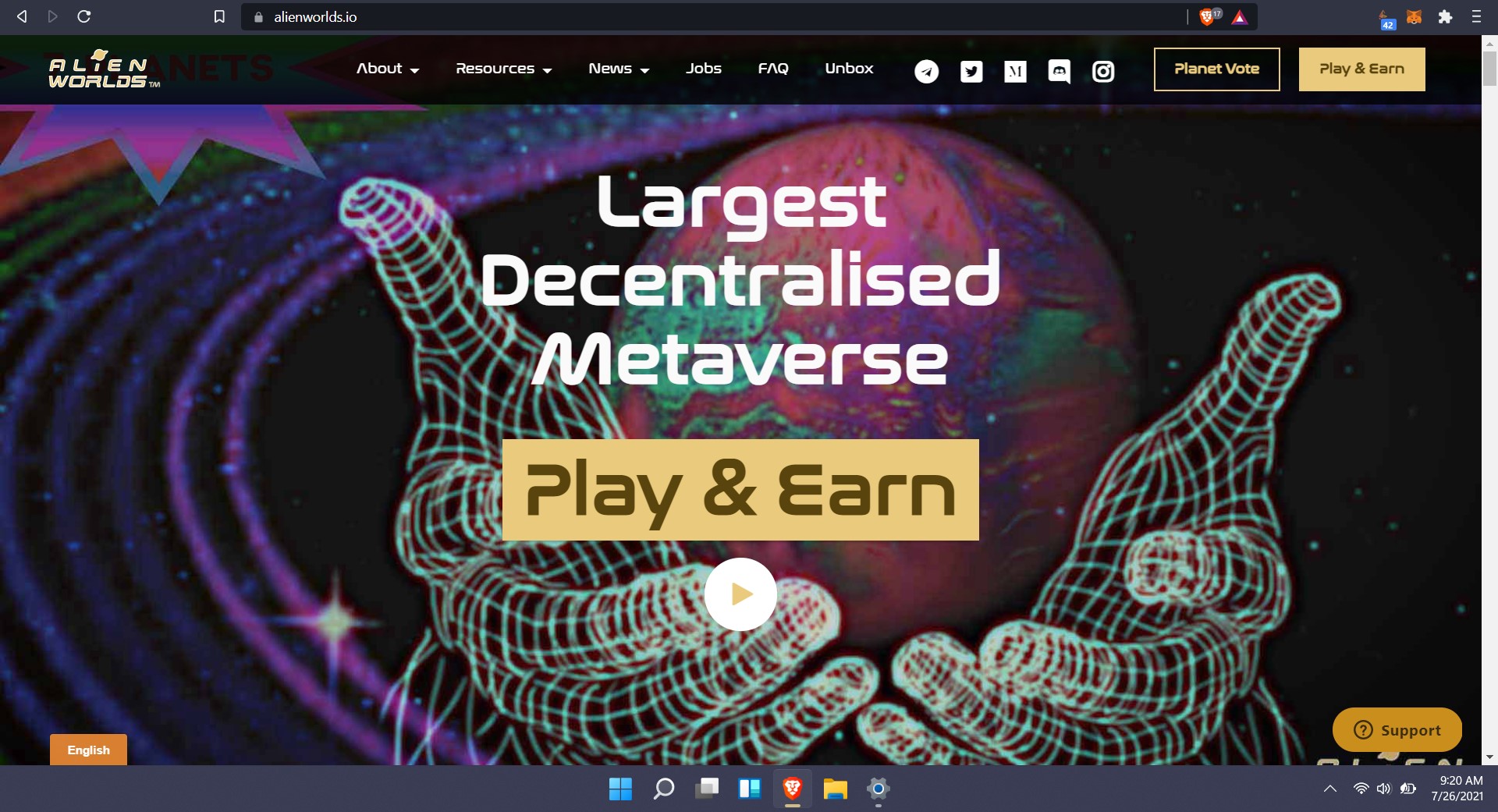 I have been playing blockchain games for a long time. I think I started in 2017/2018 and have seen a lot of games fall off. Alien Worlds went absolutely insane after there was a listing for TLM, the in game cryptocurrency, on Binance a few months ago. It quickly became the most used DAPP on the wax blockchain and took the world by storm.

I read about Alien Worlds when it pumped on Binance, I looked it into it but I didn’t stay, I’m not exactly sure what my issue is with Blockchain games, the only I’ve stuck with has been Splinterlands. Perhaps I need to spend some time exploring others as well. Thanks for the info

@hodlcommunity thanks so much for including my article in this curation report!
It's been a couple of months for me on Hive, and I am starting to realize the importance of a blockchain-based platform.
This article promoted here is exclusive for Hive, and while sometimes I republish my work from other websites, I try to write unique content for Hive too.
Thanks to everyone that appreciates and comments on my articles. I'm also spending more time reading and commenting on the publications of other Hive members. I like what I see in Hive, you guys got a great thing going on and I love being part of it too.

Hello @pantera1, Congrats to you for writing such an interesting blog and catching out curator's attention.

This is the way to go, it will take time to build your following but once you will be set up, it should go smoothly. Keep it up and follow us for more curation reports and to meet other talented bloggers :D

Thanks for the recognition. I am still finding my way.

Thank you for the mention!

You are more than welcome ! Keep grinding