Why is Ethereum Down 12%? FUD Behind stETH

We have experienced another red day for majority of cryptocurrencies. Even though many crypto assets did not test significantly lower levels, Ethereum dropped 12% by passing the other top coins.

When the reason behind the drop in the price of Ethereum is investigated, we find a pegged coin and a huge sell-off that gave birth to the loss of value. 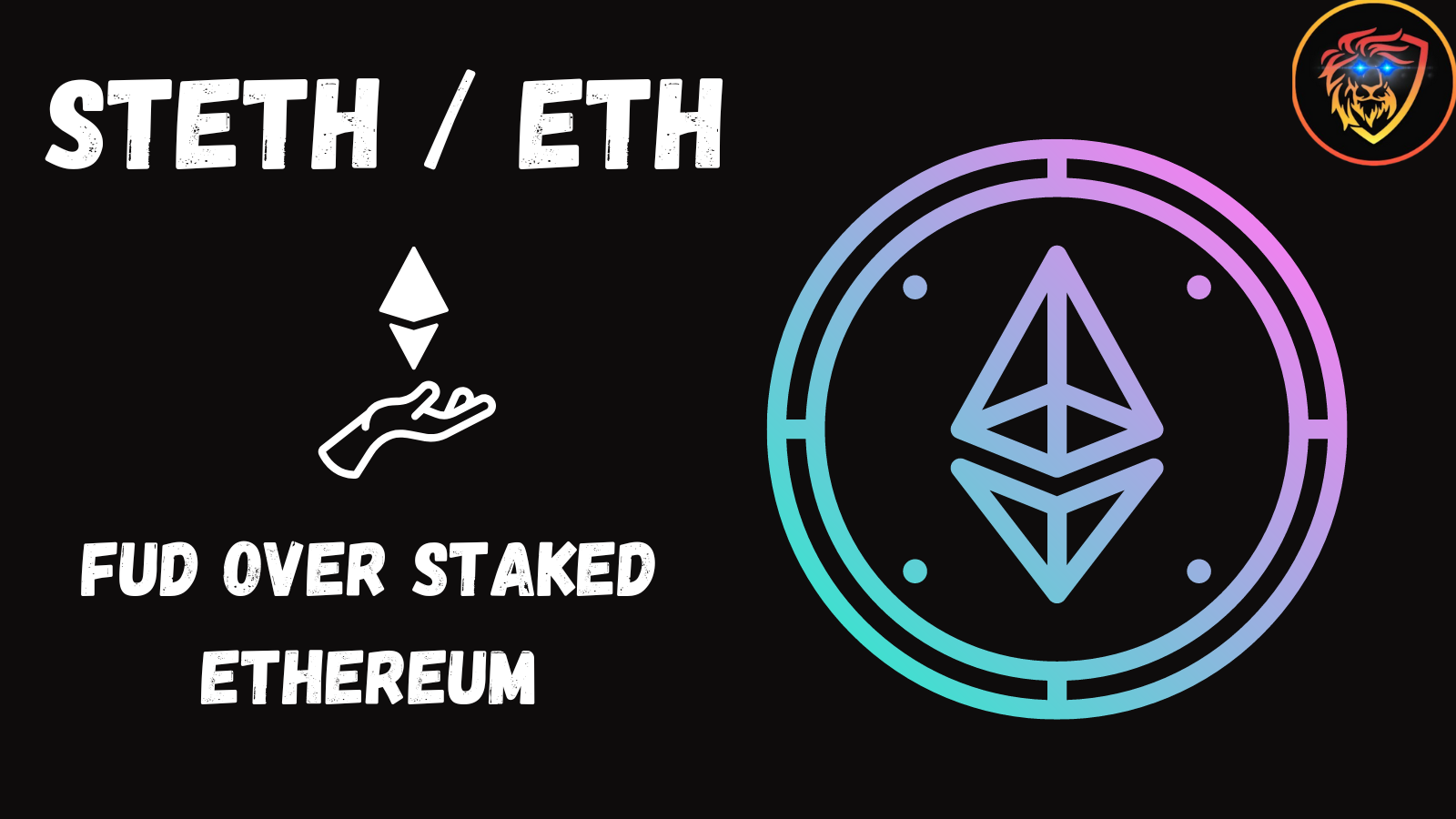 stETH (Lido Staked Ethereum) is a derivative token-backed Ethereum (ETH) 1:1 on smart contracts. When you stake your Ethereum on Lido Finance, you receive stETH for your pool share.

It has always been the same case for stETH to be below the price of 1 ETH. Yet, it is the first time the spread has reached 5% ever.

According to Theblock, a whale sold more than 50k stETH 2 days ago and the FUD wave is growing.

On the other hand, Curve pools are badly affected by the sell off. The ratio, which is supposed to be 50% for ETH / stETH pool, has been wildly volatile.

In the pool, there is only 23% ETH to be swapped with stETH.
We remember this from USDN and UST cases.

Unfortunately, it is really hard for people to think wisely when there is a growing FUD in pegged, algorithmic or backed coins. With the recent dump by whales, people though the second LUNA issue is in the corner. Thus, we hardly see logical acts from the stakeholders.

Nothing Serious Happens, Though

There are 2 important issues to be considered:

The reason behind the drop in the price of Ethereum is triggered by the FUD on stETH. stETH is staked Ethereum on Lido Finance that generates staking reward for Ethereum.

The peg of stETH / ETH has never been stable but, this time, the spread has increased a lot. When a whale dumped to token, CryptoTwitter started to spread the FUD waves remembering the times when UST lost its peg. However, there will be no problem with the staked Ethereum when the stake rewards are paid.

If you are not patient enough to wait for such a long term investment, do not jump into it.

Exactly when investing in crypto the most important thing needed is patience being able to hold and trust in the process especially when you already did your research and analysis on the project before investing.

A whale shouldn't be able to move the price that much. The lack of liquidity is a real problem for some coins.

Unfortunately, sometimes whales are given up to half of total supply. Thus, it is always a threat for every project

CryptoTwitter really spreads FUD like wildfire!
IF you are not patient, then you should think before you plunge into the realm of crypto in my opinion!
Thanks for explaining. I had seen the drop, but not looked into why!

My pleasure mate, thanks for standing by.

The FUD wave has been wild since the collapse of LUNA :I

Oh hell yeah it really has

Yeah, a tough year for most of the cryptos.

Yeah, I saw this shit spreading like wildfire over on Reddit. People are so quick to blame price fluctuations on things without doing any actual research. I think it's a coping mechanism.

CryptoTwitter and Reddit army are two hot communities that are really affecting the crypto ecosystem. Any FUD wave may destroy a mini crypto-economy ^^