If You Ever Feel like selling All Your Hive or Crypto, Think of this guy!

If you ever feel like selling all your Hive or crypto or completely leave the crypto space, always think of this guy here!!

Yes, I say this because I have a few crypto friends who have given up on the journey because of hardships especially the last long bear run that took so much energy out of them.

We all know that Bitcoin was birthed around 2009 and it was insanely cheap as compared to now.

I have read stories of how it was even given out after you register on an email list!!!

Take 2 minutes for the contents of that tweet to sink in, take your time and analyze the image above.

Go back and check out that image again before I break down some specifics below hehe.

That tweet was made close to a decade ago, 10 fucking years ago.
Yes it was tweeted 10 years ago by user Greg Schoen.

So apparently this gentleman had amassed 1700 BTC the same way we have insane amounts of Hive or Hive Engine tokens.

You all saw the price he sold at a decade ago, so painful to read this!!

I know most of you might be at the verge of giving up or have had that thought lately...but I assure you always remember this guy.

If possible print this tweet and have it framed in your sitting room or fridge where you can see it daily hehe.

The other lesson I can learn from this tweet is that

Never Sell All Your Crypto token, however shitty it might look/be now!

Never ever sell all your tokens of any particular token because you never know that can happen in the next decade... 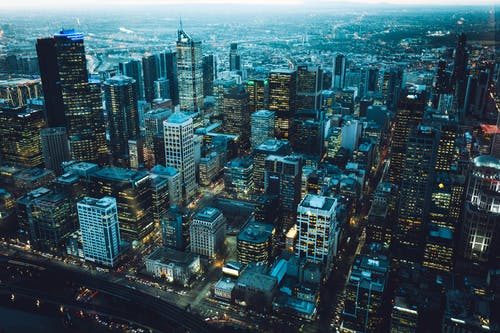 We all assume that 10 years is so far away in the future that we cannot plan for it.

Can you all believe that 2011 was just 10 years ago and if that gentleman above had kept just a quarter of his 1700 BTC he would now be $21M bitcoin rich.

I choose a quarter because it is difficult to hold through the ups and downs of crypto prices......so just a quarter would have made him a millionaire..

They say we should learn from our own mistakes and also from those of other dubbed OPE(Other people's mistakes).

I was talking to a friend a few weeks ago and he told me something similar to this story above.

He regrets why he sold all of some of his crypto holdings......are you confused with that statement?? Let me explain further

sold all of some of his crypto holdings.

Now, I am not an English person so that might be why I am having trouble putting those across clearly.

Anyway let me explain
My friend has a bag of tokens in his crypto holdings and there are some tokens he regrets because he sold everything of that token!!

An example is having some BNB, TRX, ETH,CHZ,KLV,VHTO...So my friend sold all of his TRX holdings as an example and he was left with zero balance.

In our discussion, we resolved never to sell any particular token to zero balances because we never know that can happen in 3, 4 or 10 years from now.

Ad I conclude, if you ever feel like selling al your Hive, think of this guy!!

We never know when Hive can hit $100 or even $1000, so always keep some tokens for future sell in case prices shoot insanely in the future which they will in a long term period.

What are your views on this guys situation. have you ever been in a similar scenario before???

Wow thanks a lot for the upvote

That is true. We all are sitting on goldmines. We just arent sure which ones are truly golden.

Indeed we are sitting on goldmines, Hive and its tribes are one of them.

We all cannot believe that one day 1 Hive can equal $100, but it is very possible..

Yea I don't know which of my tokens will be winners or whether or not HIVE will succeed. But I do believe that HIVE has a good chance of succeeding because a lot of development is happening.

We just need to Hold Hive for the next decade or so, some tribes can also shock us like how Leo and POB have already hehe

I got 10,000HIVE riding on the fact that HIVE will succeed.

I have no doubt that Hive is a winner.
Have some !PIZZA @metzli

@metzli! I sent you a slice of $PIZZA on behalf of @darkflame.

You have said the bottom line

I found your post through Leo Talk so I decided to come check it out.

No regrets as it's a very good reflection. I've been on HODL since I got in crypto earlier this year. Sometimes it's very tempting to cash out when you see your tokens going up 500% or more sometimes but now I have this story to come back to when the urge is too strong lol

Thanks for checking out the post sir, indeed we all fight that temptation all the time.

We just need to hold for a reasonable time frame, because success will surely come to us in the long-term

I saved that tweet now and I'll read it every day I feel like selling all my coins. We need to be stronger, because it's no casualty that we are receiving all of this FUD and FEAR. We won't be manipulated

The tweet has stuck in my mind and I will always remember this guy.
I have also had similar previous experiences with some tokens I bought cheaply and sold thinking they would never moon hehe.

Lol you are right . I think there are literally 1000's of stories out there like this .

I can't just forget that pizza story :p and this tweet also will be etched in my mind .

Damn the pizza story is more painful than this hehe, 10,000 BTC for mere Pizza!!!

Anyway it is a learning lesson to us all

Totally , I wonder if the guy held on to more BTC or not .

I absolutely agree. For some reason my mind often thinks in terms of selling the whole of a coin while its high...imagining that i might buy it back during a dip. But in truth I never do this, I just HODL in fear! haha. But Im glad, because even though hindsight makes you feel regret sometimes, the long game is the sweetest of all. Why would I want to spend my life being a trader anyway? I would rather risk losing it all by being parked in the wrong coins. I dont need the stress!
Anyway, Ive gone off point. Definitely dont sell ALL of one coin. I agree : )

I have also been like you sometimes, selling all and thinking of buying deep which sometimes never happens....wrong idea.
I remember trading/owning 1 Sora when it was around the $50-70 by buying and selling it in that range.

We should never sell all of our coins hehe

we have to experience it to learn it though right! hehe
it is the only way : )

I can understand the pain this guy must be having now. Crypto is a long-term thing so selling is not a good move rather we should accumulate more. I am doing the same with Hive and Leo and will continue to do so for the next few years.

We can sell some, but not all of it.
We should continue accumulating for the longterm

I do believe that HIVE has a good chance of succeeding because a lot of development is happening.

But I have the feeling that he would have old all his BTCs at $8, instead of selling only a fraction of them.

And nobody should listen to me, as I lost all these 150 Bitcoins, motly because I left them on MtGox.

Same can be applied to my 400k doge lol

When I started my way in Hive and Leofinace from the beginning I decided to allocate my earnings in tokens and cryptos of this social network to finance my dream, which is nothing else than a place to produce desserts. If for this I have to sell all my cryptos I will gladly do it, but I do everything for my personal goal and not for a situation of accumulating money waiting for it to have more value.

Maybe in the distant future the tokens will be worth more but if I have a goal that I need to fulfill, waiting for this digital money to acquire more value implies delaying my personal project, therefore if you have to sell your cryptos to make your dreams come true you should do it when you see it convenient, if it is now much better.

Yes! Use your wealth to fund your dreams.

Never ever sell your crypto unless it’s to buy more crypto.