I would like to have my data as well. It would be nice to see the differences from last month.

You used 4 different categories for your content and hive-193552 was the most popular, chosen 29 times.

The post titled Engagement is rewarded on LeoFinance and 600 Leo Power Achieved earned the most comments with 65 replies.

The post shared with the community the most was rising-star-s18-easter-bass-giveaway-and-results-of-s19-easter-egg-guitar-giveaway which was Re-blogged 5 times.

Your average vote weight (to the nearest whole number) in April was 14%.

You upvoted taskmaster4450le the most, 146 times, and chose to issue 1 downvotes to shawn981v. 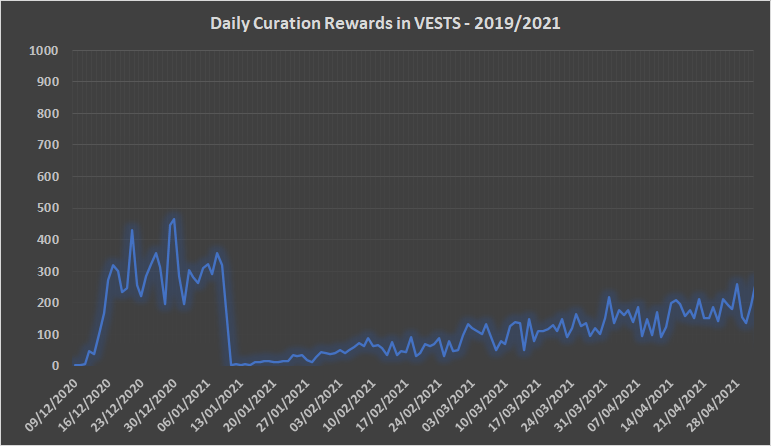