In April (2021), you authored 8 top level posts comprising of 42569 characters. You also entered 828 comments onto the Hive blockchain totaling 180765 characters of text.

You used 5 different categories for your content and hive-114105 was the most popular, chosen 3 times.

The post titled My Hive Dinner Party Under The Stars earned the most comments with 277 replies.

The post shared with the community the most was my-hive-dinner-party-under-the-stars which was Re-blogged 11 times.

In April, you cast 342 votes, 0 of these were downvotes, and 0 votes were cast to self.

Your average vote weight (to the nearest whole number) in April was 67%.

You upvoted papilloncharity the most, 22 times, and chose to issue 0 downvotes to anyone. 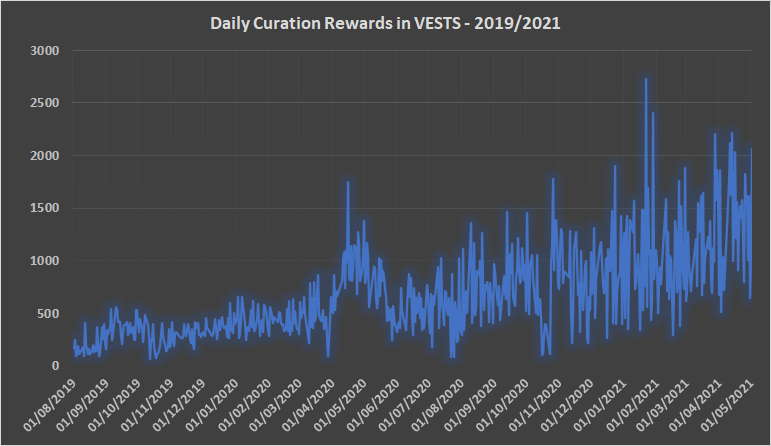 Perhaps a better way to know where you going, stats to give a great overall picture, thanks @abh12345.leo