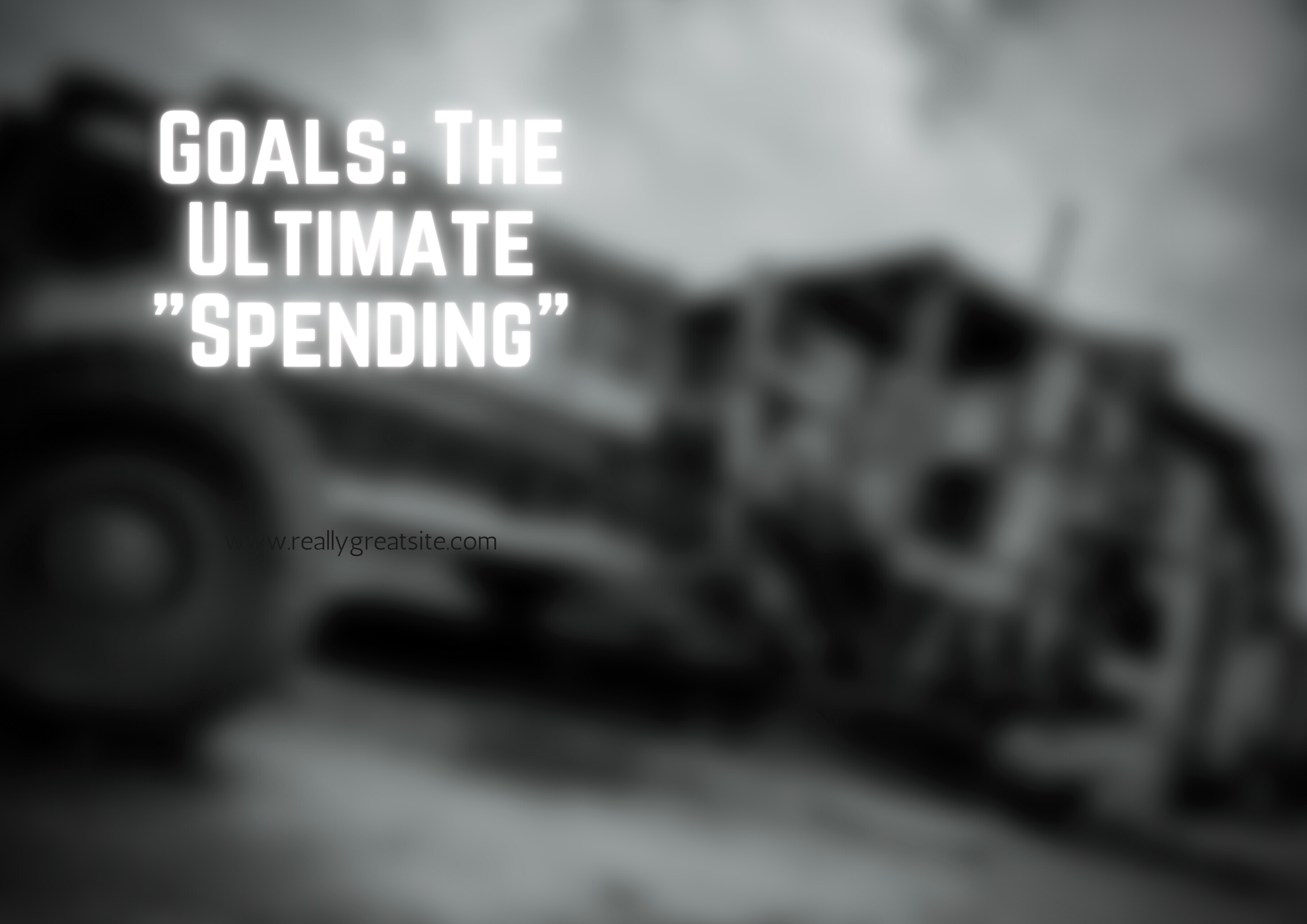 One of the things we do when we make some audacious financial decisions or spending is to try to justify why we actually did it, even when there might be glaring reasons why we shouldn't have done so in the first place. It's either we spend for instant gratification or for futuristic gratification, which ever way we choose to spend,

we're only doing so based on the adjudication of what is absolutely right, the only difference is, we might be wrong, while thinking we're right. This is to so that no one starts out with the intent of spending amiss, sometimes when handling money, it's always difficult to see the bigger picture and this is always determinant on so many factors. One of them is inexperience, another is lack of exposure, the audacity to make smart choices on the basis of one's natural abilities or the financial environment of that said person.

I used to make a lot of emphasis on financial environment and this is because it plays a huge role on things like expenditures, income, choices of investment or even exposure.

Sometimes one might be in a Financial environment where the economy is highly inflated, and the currency is losing value continually. It might be difficult for them to actually save because of cost of essential commodities, now people in such an environment will be aiming towards taking care of their instant needs because they earn statically but then, the cost of living increase per day, making them poorer in the long run.

For people such as this, when they don't save, they would have been right, simply because there isn't even enough for them to actually save. This doesn't mean that saving is not of the essence, but sometimes one's financial environment counters their willingness to save, it's about being right based on the current conditions but being wrong on a broader perspective.

I also used to make reference to making money organically and how the experiences that comes with it doesn't just serve as lessons but adequate exposure. There's no financial position that doesn't impact one's ability to grow when it comes to money, and this is why I encourage people to make mistakes. A lot of times I've seen people say they're too scared of either buying into a real-time business or putting the money into crypto, they feel safe having that money in the bank alone.

But then there are forces in play that they have failed to reckon with, and that's the fact that they've paid attention to Financial environment. For example, no matters the billions you have in a bank account in Nigeria, you're getting poorer each day because of factors like Inflation. Plus, money in the bank is prone to spending more than real-time equities locked away in the form of properties. I'm not saying a person doesn't deserve to spend their money. The point here is that people have unlimited wants and needs while their resources are limited no matter how huge it might feel and one of the ways to balance this out is to renew or multiply the resources they have on their hands, in the banks or wherever. Another angle is that it's often very difficult to convince people to do otherwise, especially with their money.

This is because a lot of people feel that since they're making the money, they have the explicit right to actually make their decisions in relating to their money, while this is totally good, sometimes it can turn out differently. Sometimes people want to succeed so badly, they end up making irrational decisions due to their fear of failure.

Like I said in the beginning, everyone starts out with good intent, but these intents might not totally be logical in a broader perspective. This is why it's Important to checkmate your decisions, to make sure they're not too emotionally driven and lack rationality or prospects.

However, what is key is being having the right influence when it comes to making one's decisions. For example, Commercial banks in Nigeria for have acted as proxies for so many when it comes to making Financial decisions. This had happened to me in the past, however my aim was to save more and spend less, but then they got me to lock my money in an unprofitable scheme. My intent was, of course, very good, but I went about it, the wrong way.

The ultimate thing is, we can never have a definitive way of spending money, this is because of our different level of exposure, Financial environment or even the means. Nevertheless, the goal should be maximizing what we have logically to yield favorable returns and, of course, trying again and again.

Nicely said. Sometimes when you want to spend on some things you sometimes have a rethink over and over again if certainly what you are spending on worth it or not. Its true when you said our exposure matter when you get exposed, you tend to get many things for you to live with. Thanks for sharing and have a nice day.

I definitely agree. The returns from your banks are so low anyways so any option they throw at you will seem way more appealing. This is why I only leave a few month worth of money as an emergency fund and the rest is invested in what I decide to.

Exactly, any money I have in the bank is emergency fund because I totally see it as a waste of resources when one could actually be earning even more when you put it into a different venture. In all honesty, the banks have its purpose and to me its just for a means of transaction.

If I may add, one of the main way I minimize my spending is by buying coins. Why??

I don’t like selling my properties and I see Crypto as a property. Lolz.

Last semester I spent like an idiot 15k in 3 days but I decided that I will have to curve myself by investing in digital assets and it’s working so far.

Well we never know how much we spend unless we actually put a pin to each of our every expenditures. I love buying Crypto too, the truth is, you don't know the advantages until you compare it against saving in the bank in the long run. It's especially slightly better, I have taken notice of this. Im glad it's worked for you so far.

crypto to the world

Nothing pains me more than seeing people justify their poor decisions after the event is irreversible.

Well it happens to the best of us, we just try our best to do better.

Nice discussion, book marked so I can read each section later and make notes on applying the good ideas contain within.
@shortsegments
#shortsegments

Thanks for dropping by, i'll be looking forward to that

Maximizing what we have without making some mistakes is inevitable and that's why when making financial decisions we must measure our risk,understanding what we are about to do and sometimes we need a little bit of luck.

We don't just even need a little bit, we need a whole lot of luck and this is simply because sometimes we do everything right and luck ends up crowning our efforts.

Nevertheless, the goal should be maximizing what we have logically to yield favorable returns and, of course, trying again and again.

My mom was a big believer in playing safe with funds in the bank. We talked and talked and talked some more until she finally decided to diversify her investment portfolio. She is retired now and she is grateful she did because the way things are right now would have hit her finances hard.

She is retired now and she is grateful she did because the way things are right now would have hit her finances hard.

Diversification is the right thing to do, it doesn't even have to be majorly crypto, my aunt did the same thing and when she retired, she had it very comfortable while some of her colleagues never did. Nigeria is an uncertain country and a time will come when people will be educated enough not to see commercial banks again as stores of value.

Nigeria is an uncertain country

If uncertainty was a country indeed.