The biggest news on social media right now is the fight against Wall Street. A community on Reddit started a massive battle of retail investors vs. Wall Street hedge funds.

The crazy part is that the retailers are winning.. and in a big way. They are winning so big, in fact, that Robinhood and other exchanges decided to delist the stocks in question and major platforms are censoring retail investors and WallStreetBets community members on social media and financial markets.

We live in unprecedented times. What's happening right now is anti free markets and a change must happen.

Gamestop (GME) is a Microcosm of the 2020 Movement 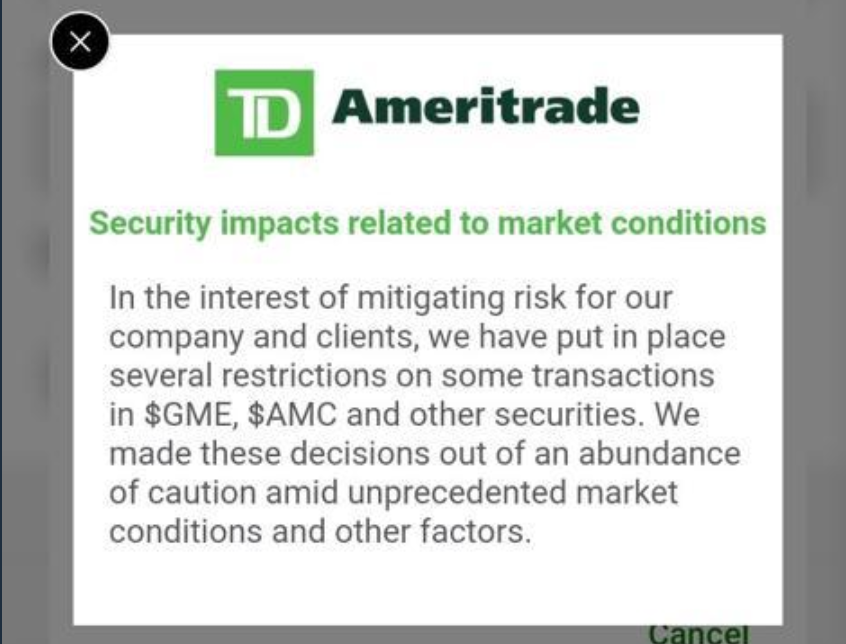 @jondoe writes about the broader narrative behind what's happening in Gamestop (GME), AMC and other stocks where retail investors are attacking Wall Street. 2020 had a cascading impact on the "people vs. the establishment" in various ways. BLM was a major movement in 2020 and we're kicking of 2021 with this attack on Wall Street after decades of suppressing and outright thieving the retail investor.

The Little Guy Has Lost too Much 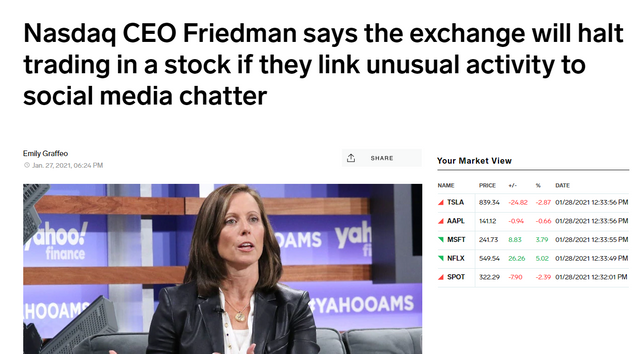 Another article by @jondoe where he talks about the latest news on the WallStreetBets / GME front - Robinhood (and other exchanges) delisted the stocks in question. When Wall Street preys on the small investor, it's business as usual. When the people turn the tables on Wall St. they immediately go crying to their exchange buddies and daddy regulator. Free and open markets? I think not. 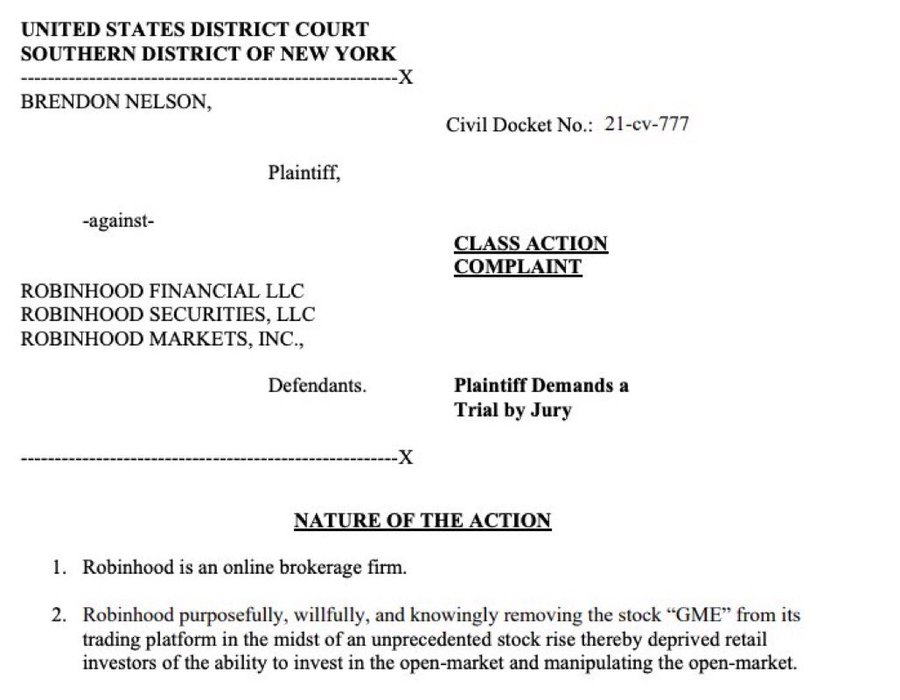 A class action law suit has been filed against Robinhood and this battle has just begun. @whatsup reports on the latest happenings in the fight on Wall Street.

Robinhood Signed It's Own Death Sentence 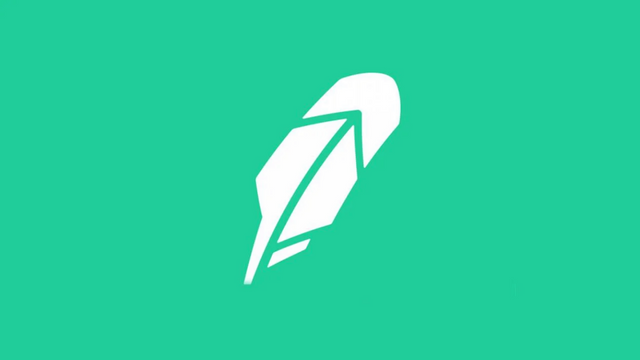 Again, this is a Robinhood-heavy news day. @chekohler talks about the stonk market and the latest rally in various underlyings. The class action lawsuit against Robinhood taking shape and the massive misstep that they made. 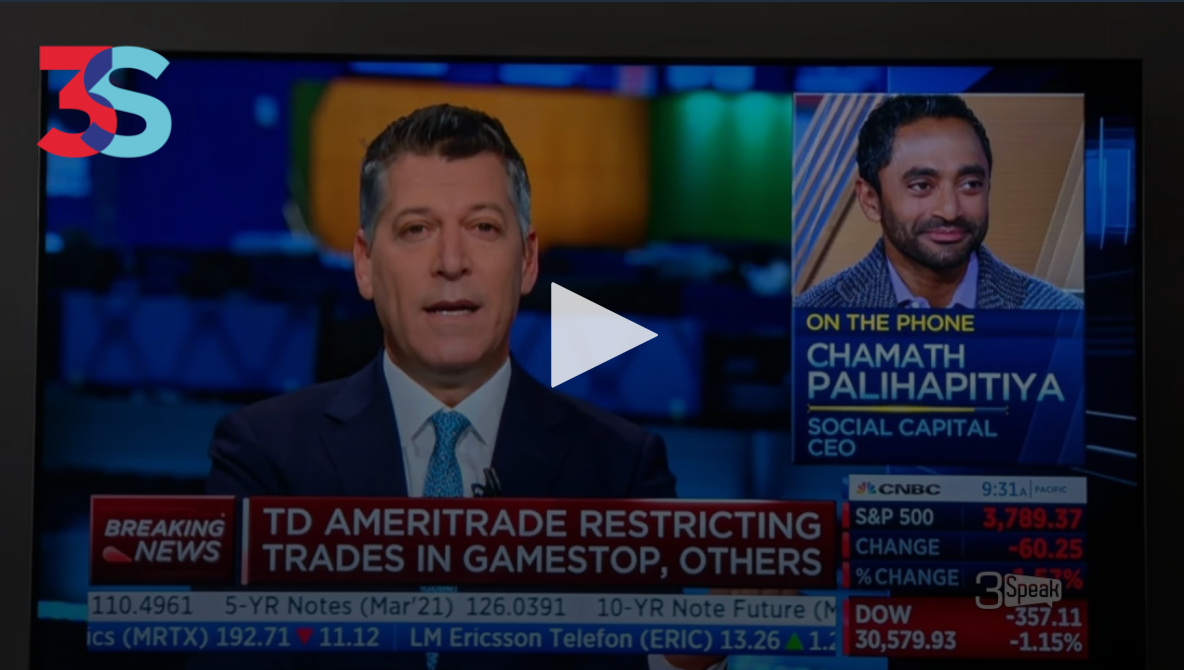 It's Time to Join Web3 and DeFi 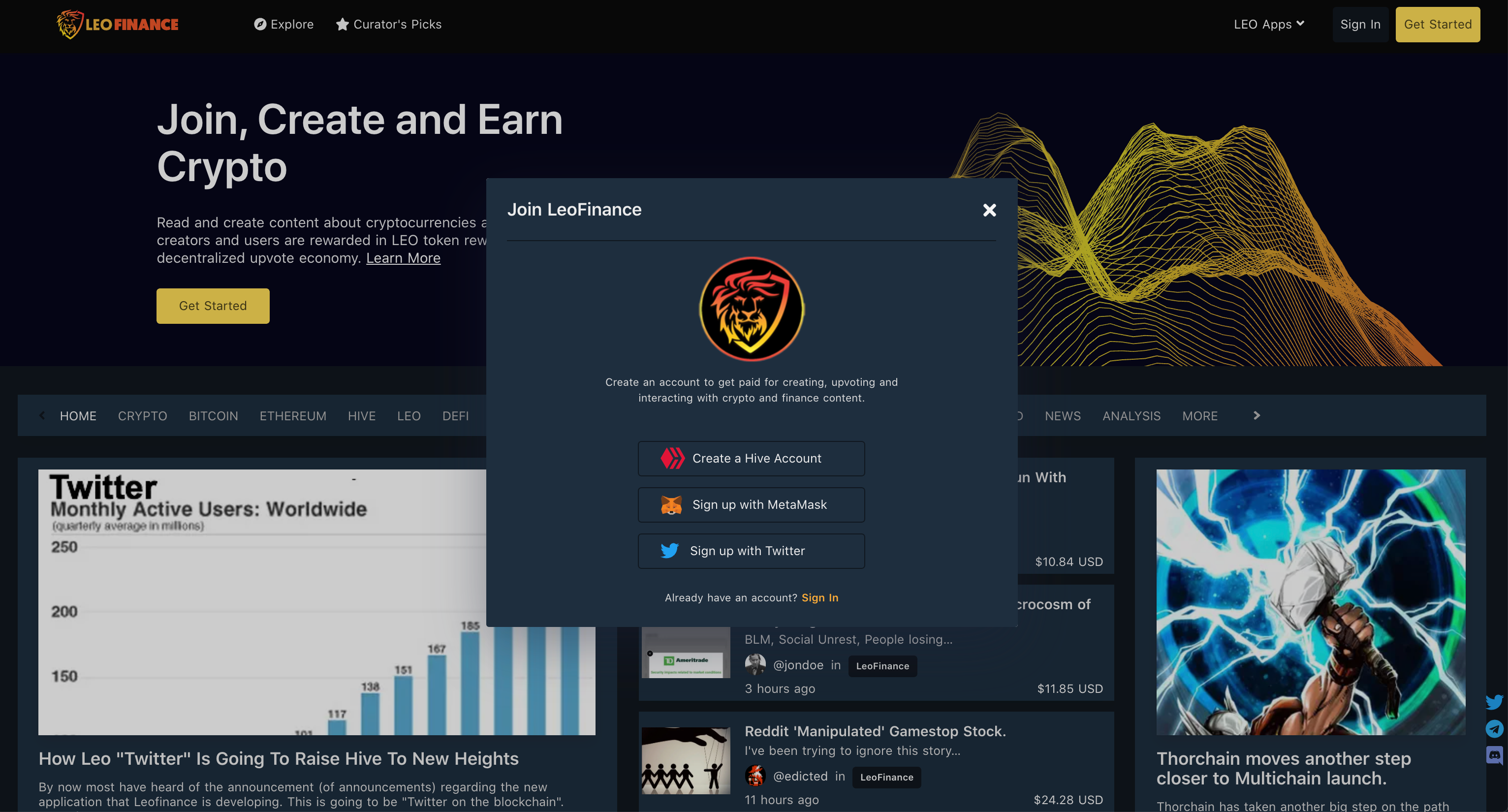 Earlier today, I published a post from the @leofinance account and discussed the issues happening with WallStreetBets and censorship more broadly. Censorship has become a mainstream conversation with one of the most famous cases being the removal of former US President Donald Trump from major social media platforms.

Censorship is happening on a massive scale and the latest round of censorship has been on WallStreetBets as platforms like Reddit, Discord and Twitter censor their community and users. A platform like https://leofinance.io solves these issues by publishing all content on the Hive blockchain.

Censorship is happening to more than just social media. We're also seeing unprecedented levels of censorship in the world of finance. Robinhood and other exchanges delisting these stocks to prevent retail investors from buying them. It's anti-capitalism and anti-free markets. DeFi solves these issues as it offers new protocols like Curve, Uniswap, etc. and gives open financial access to anyone with an internet connection.

The world is changing and the crypto industry has positioned itself to be the beneficiary of this change. The bleeding edge of finance and technology is continuously being developed in this industry and it's just a matter of time before these major communities and retail investors join the financial and technological revolution that is taking place on Web3.

Crazy stuff indeed but the writing has been on the wall for places like Robinhood for a bit. I think this might be the nail in the packed coffin. Good summation of the posts dropped in here!

you whould think with a name like that you would do go. nope =.

Yeah the name always turned me off from the beginning when I first heard about it. I knew it was going to end up in a scenario like this lol.

it's nice to see that the average joe sticking together fighting wall street guys and costing them billions of dollars. Once again people are starting to understand how easily these guys manipulate the markets and that it's time to do something.

the only thing i am a bit skeptical is what the consequences will be not only for that market but the crypto one as well. I don't think these guys will let this "slide"

Webull is just as guilty , they also halted trades

They are and they did, law suit.

Webull did the same thing but after getting called out for it went ahead and reopened the craze wallstreetbets talking points.

Fun times to be a part of this economy collapse while the markets rise.. talk about capitalism.

yes, thanks for mentioning this. Webull went as far as to delete their Tweets regarding the Halts. They are hoping Robinhood takes the brunt of this negative exposure. But Webull is just as guilty !

Chamath is such an opportunist so he takes a position with calls punts the stock to his almost a million followers not that he needed to it was going to keep moving up, closes his position the next morning takes 500k and donates it to barstool

This is a great summary of events.

Brokerages restrict tradung in various securities all the time including changing margin requirements.

Interactive brokers ceo explained the reasons why in a cnbc interview.

Bottom line brokerages are resonsible for client balances that go negative during wild trading. GME company should not trade at $500 the business intrinsic value is no where near this level and shares should not be fluctuating 50 to 100% per day. Brokers are being capitalistic in protecting their business so they can survive another day and continue ti seeve clients.

Wow that is a bombshell and a good night!

The year 2021 started extremely busy for the world of cryptocurrencies and for investors.

Webull did the same thing but everyone seems to be just fixated on Robinhood. Why does Webull get a pass? They also halted trades on $AMC & $GME

Another meme for Leo meme-promotion. I hope to have a post full of new Leo memes on Saturday and also publish it on other platforms. Not just Robinhood.. Also Crypto : Changelly restricted Doge so much money lost I even am losing a swap from USDC-ETH..

they have the crypto though.. but silent!

Just a well organized PUMP and DUMP. Nothing new other than they have a big audience now. They might need to be careful as I do believe market manipulation has some legal implications.

For anyone interested: https://canitradeit.com will help you keep track of where you can and cannot buy these "censored" stocks. I actually found this video on Michael Burry's portfolio last year:

Mainstream is trying to make this all look like some market manipulation/pump and dump. The truth is that there were many smart investors with great track records betting on Gamestop before the recent events sent the stock to the Moon.

Please excuse this slightly off topic comment, but as a Leo enthusiast, I thought you would want to know that a YouTube influencer with 20,000 plus followers just charted Hive on Sunday and She posts her Videos on Leofinance!