@leofinance 74
about 1 year ago
LeoFinance

July was an interesting month for ad revenue. August was a bit more muted than July in terms of the volatile spikes that we saw.

Throughout the month of July, we saw a few days where there were intense spikes in ad impressions and daily revenue. It's hard to say what was causing that exactly, but our community had a few posts go viral in a few niche crypto communities - including a handful of LeoFinance.io posts trending in the BAT Reddit community, 1 about Bitcoin (Bitcoin Diamond, I think) going viral and getting tweeted out by the official account, etc.

The All-Time Ad Revenue and daily averages are still trending up over the long-term which is all we care about here. The goal is to build sustainability into the core of the LEO token. Bridging the gap between advertisers who want an engaged audience and LeoFinance content creators who want to earn $$ for their valuable contributions.

One thing we've realized in the marketing campaigns is the value of niche content - especially content about niche crypto projects like Rune, Basic Attention Token, etc. We'll probably make a post with more details later on about the value of these contributions and how you as a content creator can earn more and play a bigger role in the growth of LeoFinance outside of the Hive community.

While our month-to-month daily ad revneue in terms of $ are showing a slight decrease, almost all the other metrics are showing an increase. More clicks, higher click through rate and a much better CPM.

The trendline for ad revenue is positive even though the daily averages are lower from July to August. The main cause of this are those 4-5 days of all-time high ad revenue/impressions we saw throughout July. August was a much more even month of continued growth but lacked those volatile swings.

To me, this represents a stabilization at a higher level of average daily impressions and is a healthy sign after the huge run-up in impressions that we had in the prior months.

As mentioned in previous reports, LeoFinance has other applications in the works, which will be rolled out sequentially throughout 2020 (more info on these apps was released in our official roadmap for 2020).

The new domain for Wrapped LEO was recently secured and will be online in about 7 days - note that this web interface won't feature ads. The other apps will be announced and rolled out throughout 2020.

I've been slowly moving the ad buy wall up higher and higher. The problem is that few people seem to want to part with their LEO and the recent run in price has left the previous buy wall in the dust.

The plan is to continue creeping this buy wall up higher and higher to provide a floor for the LEO price. If a whale decides to dump their stake into the bids, then it may get filled and will also act as a support for the price of LEO.

986.28 HIVE was earned this month from ad revenue which will be transferred to the @leoads account shortly after this post goes live. We'll either set a second buy wall or just add this into the existing one as we move the bid higher on that.

The wLEO launch on Uniswap may contribute to this issue - meaning that the price may run a lot more from here once that goes live next week. If so, we'll continue with the plan of moving the buy wall up. The month of September is already looking like a record ad revenue month, so that's also a side benefit of all the recent attention on LeoFinance. 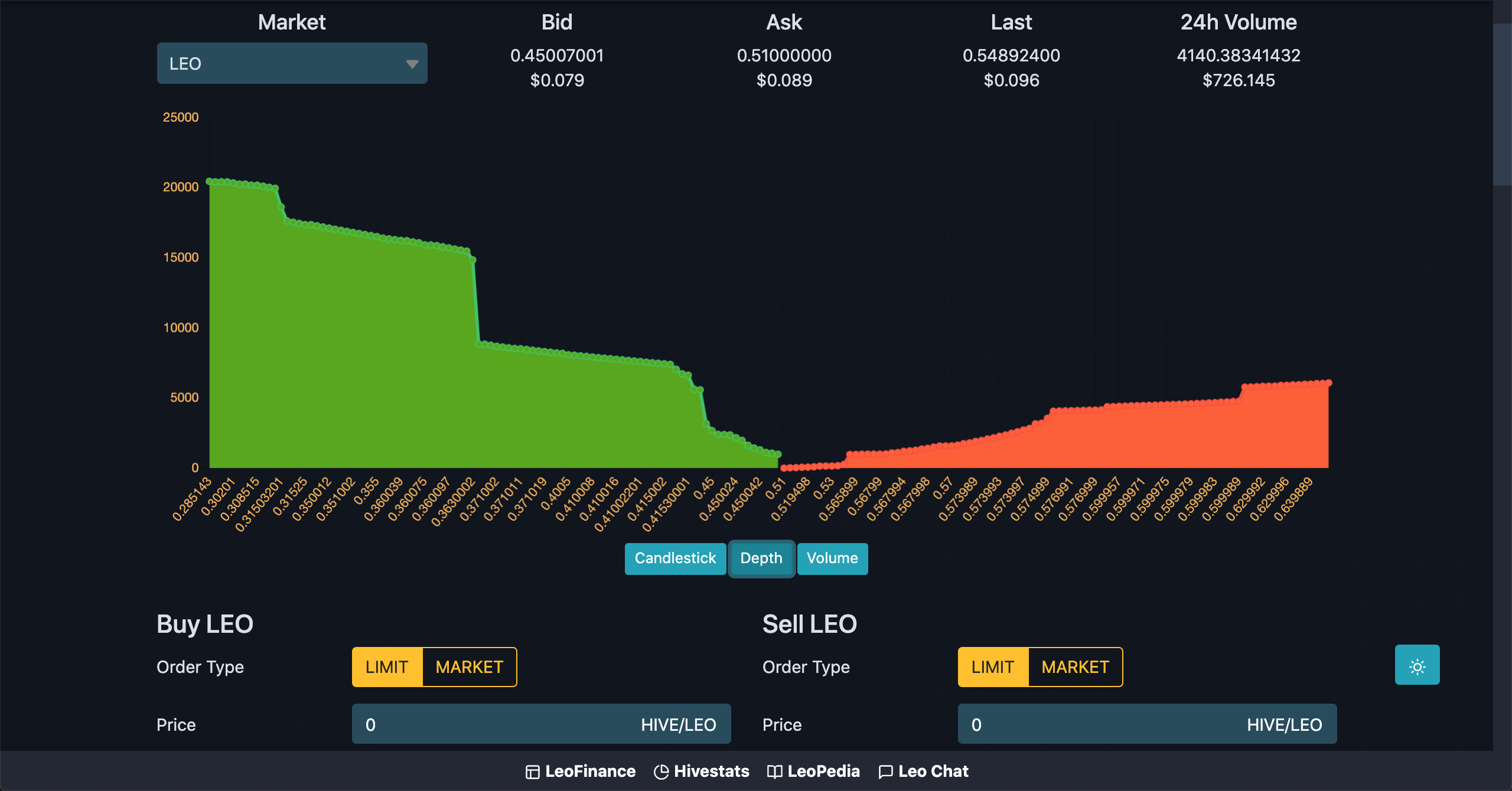 There's a correlation between the price of LEO and the users who come to our interface to blog/read content - something that I think most of us on Hive are accustomed to. As the LEO price trends upward over long-term timeframes, we're going to see an increase in our core user base which lends itself to more ad revenue which means more price stabilization from buybacks - creating a nice self-reinforcing cycle. 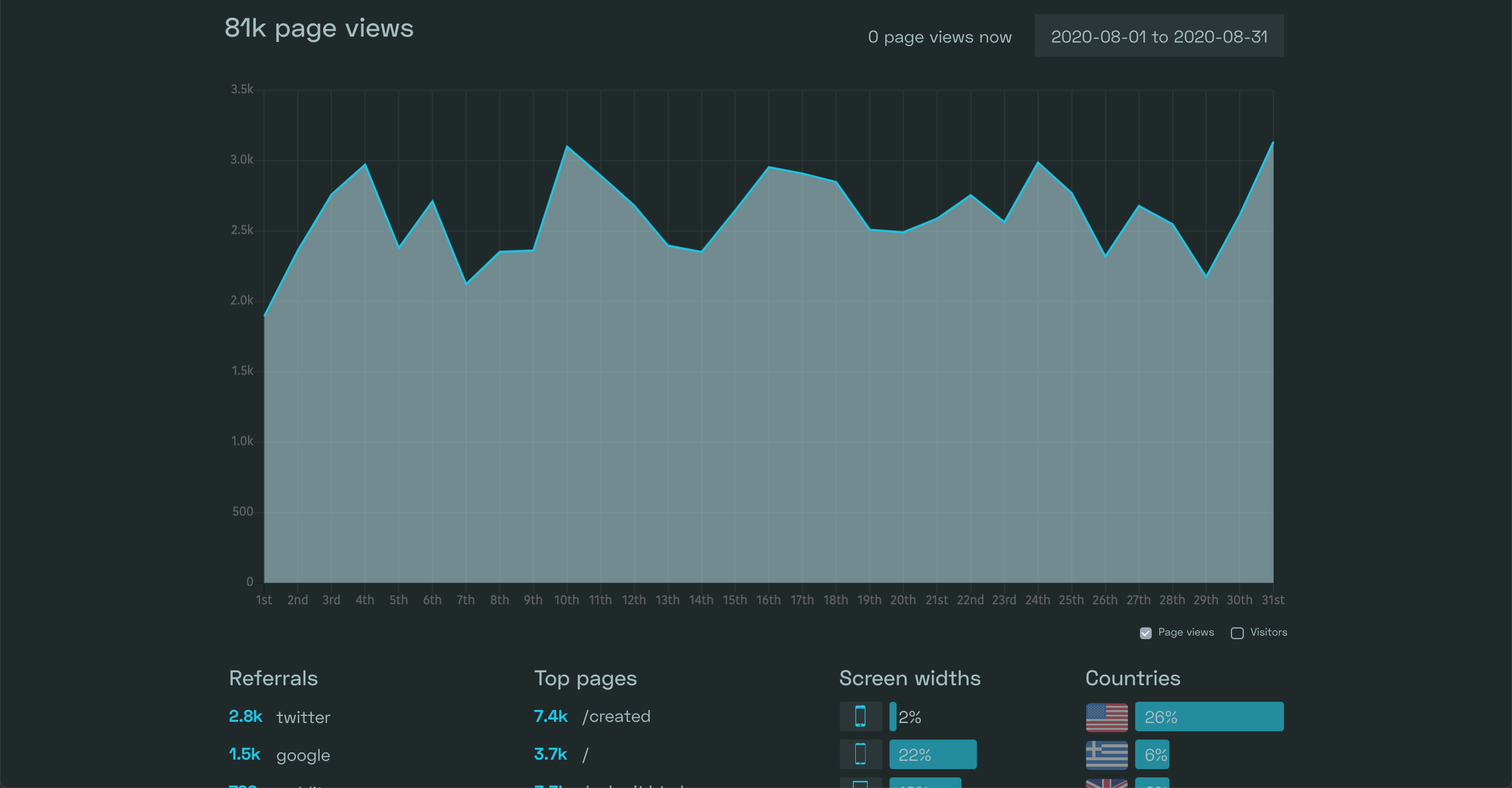 As always, you can track the progress of our marketing campaigns and growing user base by viewing the open & transparent analytics pages we've set up:

Our progress on the social media front has been looking great lately. The YouTube channel is becoming a major source of outside attention for our community and Twitter has been on an explosive growth trend for the past several weeks:

Some users on Hive are anti-YouTube and other centralized social media companies but they actually play a vital role in getting people from Web2 to Web3. That's why LeoFinance is continually pushing out content on every platform with the ultimate goal of driving readership and onboarding back to Hive/LeoFinance.

We pushed out some more updates on the new Beta UI. Feel free to explore them (especially the wallet interface). Update post coming soon on all the new releases and bug fixes.

The next 2 weeks will be jam-packed with updates about LeoFinance. We've got a lot of things in the pipeline and will have an update post out each morning. Make sure to follow @leofinance to keep up.

Great ecosystem created here with income coming both out of the blockchain and from within, with specialized applications and a wonderful community which keep on contributing each day. Keep on going, great things lay ahead!

I am glad to see the ad revenue be used to provide bid support. Let the account grow over time. At present, not a lot of LEO is going to be bought for the money being brought in. That said, it is nice to have that buffer provide on the DEX.

We are likely to see an explosion in the numbers over the next 4 months. It will take everyone participating on many different levels. We each have a role to fill on the LEO platform. Some are not social media mavens, so leave that to the twitter army. There is still blogging, commenting, upvoting, buying, and a host of other activities that can be done to help the ecosystem.

And dont forget to turn off the ad blocker on ALL LEO sites and, perhaps, once in a while, click through on an ad or two to help the numbers a bit.

I think building additional digital assets are important like Youtube and Twitter as they improve your reach and branding which encourages brand search and sends uses directly to leofinace, the more avenues the more ways for users to come to you. YouTube as it grows can also be an additional source of revenue through adsesne and that can all go towards improving either marketing or price of the token

I think another channel that should be looked at would be email.

Having a weekly or monthly newsletter users can sign up to like medium sites have such as Hackernoon, where they curate the best posts on the platform and send interested readers reminders is a great value ad, it can also be a revenue generator as brands can purchase spots or sponsored content in your newsletter

I'll be glad to always click an ad once in a while at least to increase the ad revenue. The sustainability which is the core aim of Leo is something that can get even better with time. Cheers Leo. Stunning improvement with the beta site

I watch your videos on youtube!
Also, what are the prices for ads? Might be relevant for me when I am done with my education.

Loving the progress of LEO

Very good to see growth both in advertising and in creating content in our interface. I can't wait for the beta. Anxiety is killing me.

Also very important is the community's unity in believing in the LEO ecosystem. I will be one more who will bring LEO to more people. Let Mars come!

all good news and growing potential for the token

are you taking any revenue off youtube yet? or is the channel still too small?

Cheers for the update, more positive news as usual.

Cool things really happening. If this Ad revenue is generated when we're having just about 99 active accounts using Leofinance.io daily according to Hivedapps stats, what would be when we start tracking 500+ users on the leofinance new interface. That would be huge.

The growth is simply amazing.

Well done! I hope that LeoFinance is one of the most promising projects on HIVE blockchain.