Can I have my report please Ash. Thanks

In April (2021), you authored 9 top level posts comprising of 48760 characters. You also entered 300 comments onto the Hive blockchain totaling 66788 characters of text.

You used 7 different categories for your content and hive-105017 was the most popular, chosen 2 times.

The post titled Granny knits for Baby Arthur - Easter knits earned the most comments with 40 replies.

The post shared with the community the most was april-hive-pud-guessing-contest-and-hi-from-hive which was Re-blogged 4 times.

Your average vote weight (to the nearest whole number) in April was 48%.

You spoke to leaky20 the most, leaving 16 comments and leaky20 spoke to you the most with 18 comments.

You upvoted ace108 the most, 30 times, and chose to issue 24 downvotes to youngadventuress. 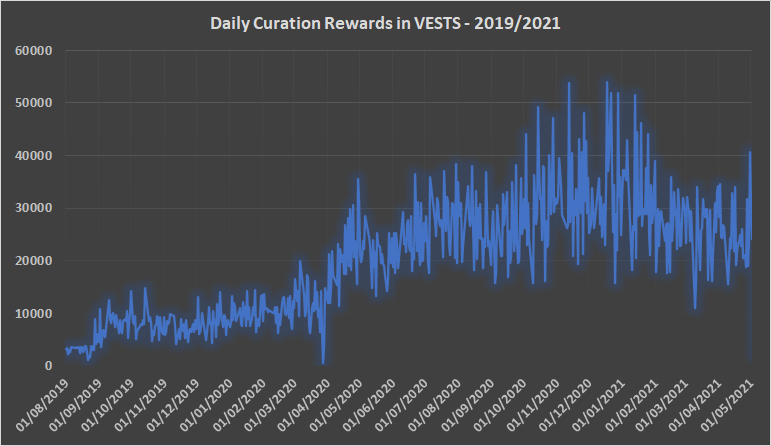