Britcoin! Too little, too late. Decentralisation CANNOT be stopped!

We've had Britpop and Brexit and now it may be time for Britcoin! 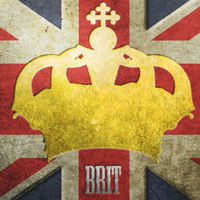 In a move that will fill the decentralised world of Crypto with dismay, the Bank of England and the government's treasury department are setting up a working committee to look into the possibility of creating a CENTRALISED digital currency!
If ever proof were needed or the governments of the worlds increasing nervousness at the rise of digital currencies, or crypto if you prefer, then this is it!

Now there are widespread reports about this all over the interweb today so I'm not going to simply regurgitate the news, merely add a few observations!

More than the stuff of a @taskmaster4450 wet dream, this is a reactive movement by the British government to people around the world creating their own digital currencies. I can't understand why more governments didn't take stronger action, much earlier but it goes to show the absolute arrogance and contempt that these governments have for the crypto communities. Now it seems, they are taking events of the past couple of years far more seriously in an attempt to head off a movement that I think, already has more than enough traction to prevent anything that centralised governments do to quell the rise of a decentralised, global economy.

In many ways, they only have themselves to blame. They have worked tirelessly to force us not to use cash because they are worried about 'money laundering' and the fact that cash is fairly anonymous and untraceable so what did they expect? The people find alternatives to enable them to be able to conduct financial transactions, with freedom and privacy.

The Chinese of course, have the digital Yuan already which is currently being publically tested but let's not expect to hear the findings of this public trial anytime soon, but again, I think another reason for this sudden announcement is in part a response to the Chinese threat and I am sure, many other governments will be following suit in the coming months.

Whatever happened to the Venzualans Petro coin? I will have to have a google later!

So the question remains. Is this a good thing, or a bad thing? Is it likely to be a proper, blockchain-based digital currency with full transparency? Or will it as I suspect, be nothing more than a glorified electronic pound, dressed up to look like crypto currency?

Either way, this announcement has reinforced the use of Crypto in real-world scenarios and shown its legitimacy to the wider public.

I think that in many ways, this announcement will prove to be a major own goal as it will make more people look into the future and see what this Crypto lark is all about!

Let me know what you think in the comments!

I am new to crypto, so could never claim to fully comprehend it at all yet (I'm learning), but my initial thoughts are that it'll be a government-controlled, trackable e-pound - a description that puts me off it right away. They do appear to be rather late to the party, anyway.

And that's exactly what it will be! e-pound is a perfect description. As I said, the big plus for me is that the Crypto world now has governments rattled enough to at least sit up and take notice but perhaps they are missing the point that it's the peer to peer, non-centralised nature that we strive for!

Oh, very new! Welcome to Hive. If you need any help, feel free to drop a comment in somewhere. I see you've already come across the Steevc and LUT so you're on the right path!
Best wishes :-)

Yes of course, and I suspect for this and other Gov's it's largely about control and the fact that they don't have it.

Thanks, much appreciated. Steevc was one of, if not the first, to welcome me on here and I took his helpful advice on adding my first post (about de-centralisation) to Hive in full.